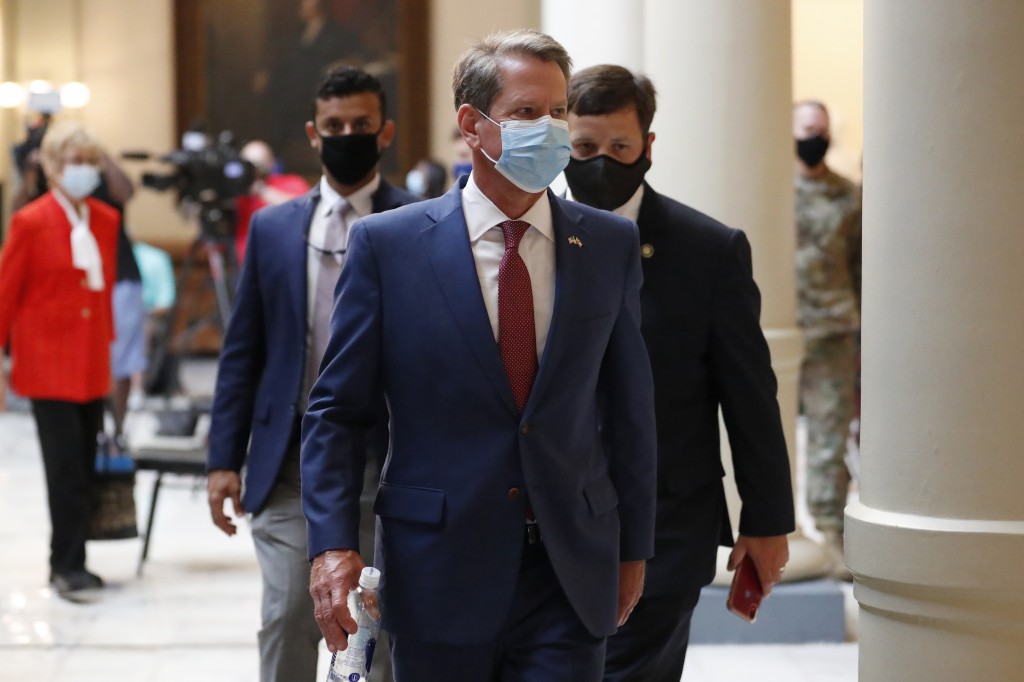 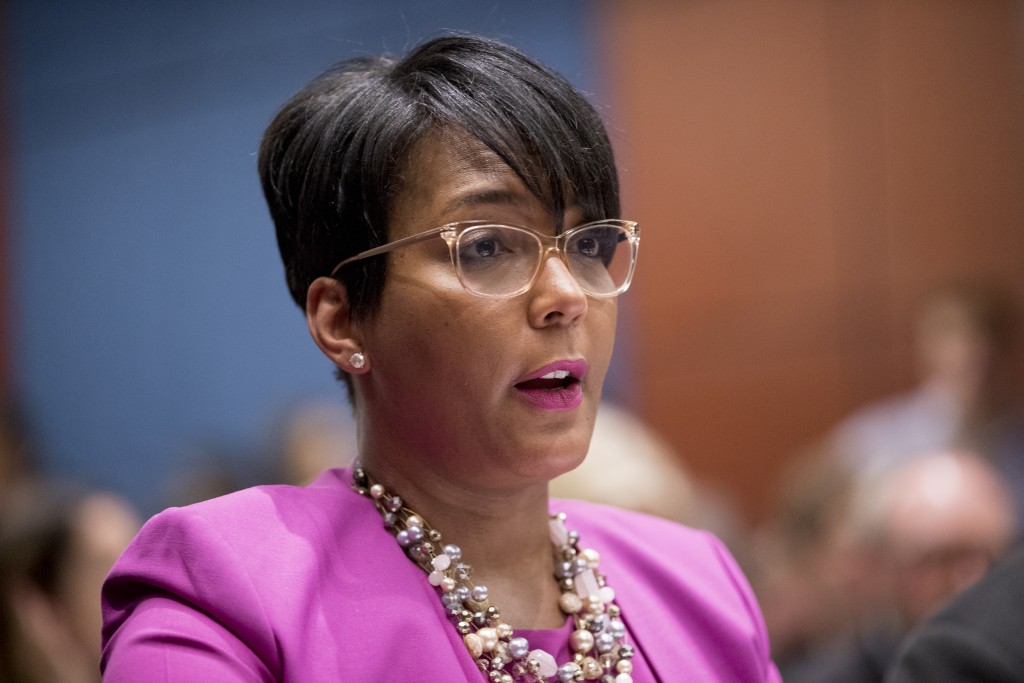 ATLANTA (AP) — A judge plans to hear arguments on an emergency request by Georgia's governor to stop Atlanta from enforcing a mandate to wear a mask in public and other restrictions related to the COVID-19 pandemic while a lawsuit on the issue is pending.

Fulton County Superior Court Judge Kelly Ellerbe has scheduled a hearing for 11 a.m. Tuesday on Gov. Brian Kemp's motion. Because of “the current public health crisis” the hearing will be held by videoconference, Ellerbe’s order says.

Georgia has tallied 143,123 total confirmed cases of COVID-19 and 3,173 deaths, with 3,036 hospitalized as of Sunday afternoon, the most recent figures available.

In a lawsuit filed Thursday against Atlanta Mayor Keisha Lance Bottoms and the members of the City Council, Kemp argues that local leaders don't have the legal authority to change or ignore his executive orders.

“Governor Kemp must be allowed, as the chief executive of this state, to manage the public health emergency without Mayor Bottoms issuing void and unenforceable orders which only serve to confuse the public,” the lawsuit states.

Bottoms, who has said she and members of her family have tested positive for COVID-19, tweeted in response to the lawsuit that, “A better use of tax payer money would be to expand testing and contact tracing.” She also accused the governor of suing over recommended guidelines.

A pandemic-related executive order issued last Wednesday strongly encourages but does not require the wearing of face coverings, and suspends any local laws or rules that are more restrictive, the lawsuit says. Bottoms and some other mayors responded by saying they would continue to enforce local mask mandates.

Bottoms' orders and statements to the press have created uncertainty and confusion, the lawsuit says, asserting that some restaurant owners believed they had to close their doors to avoid running afoul of city rules.

“Mayor Bottoms' orders and actions present a high potential for irreparable harm to the citizenry, including but not limited to, lost wages and livelihood, business closures, and the opportunity for economic growth,” the suit says.

The lawsuit asks a judge to overturn Bottoms’ orders that are more restrictive than Kemp’s, block her from issuing any more such orders, instruct the City Council not to ratify Bottoms’ actions or adopt any ordinances inconsistent with Kemp's orders, to force Bottoms not to make any public statements claiming she has authority that exceeds Kemp’s, and to require city officials to enforce “all provisions” of Kemp’s existing orders.

The governor filed a motion for emergency interlocutory injunction the following day, essentially asking the judge to order that all those requests take immediate effect while the lawsuit is pending. Tuesday's hearing is to focus on arguments on that motion.

National health officials have called for the use of masks, though President Donald Trump has not issued nationwide guidance.

Kemp's decision not to issue a statewide mask mandate and also to try to block local mandates separates him even from other Republican governors who have either issued statewide mask requirements or left the decision up to local jurisdictions.