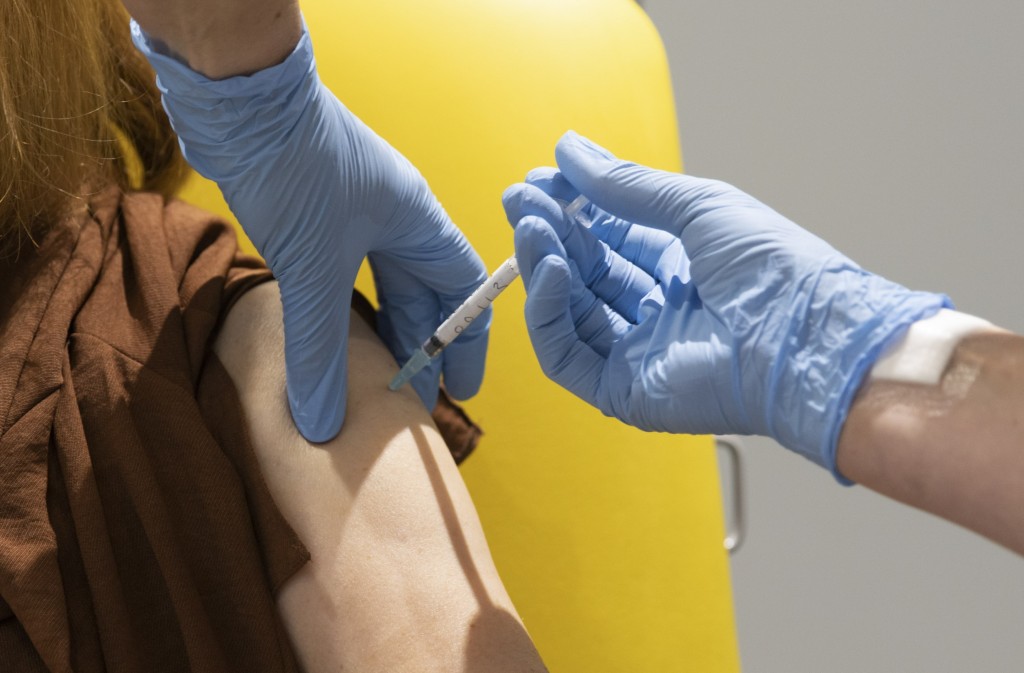 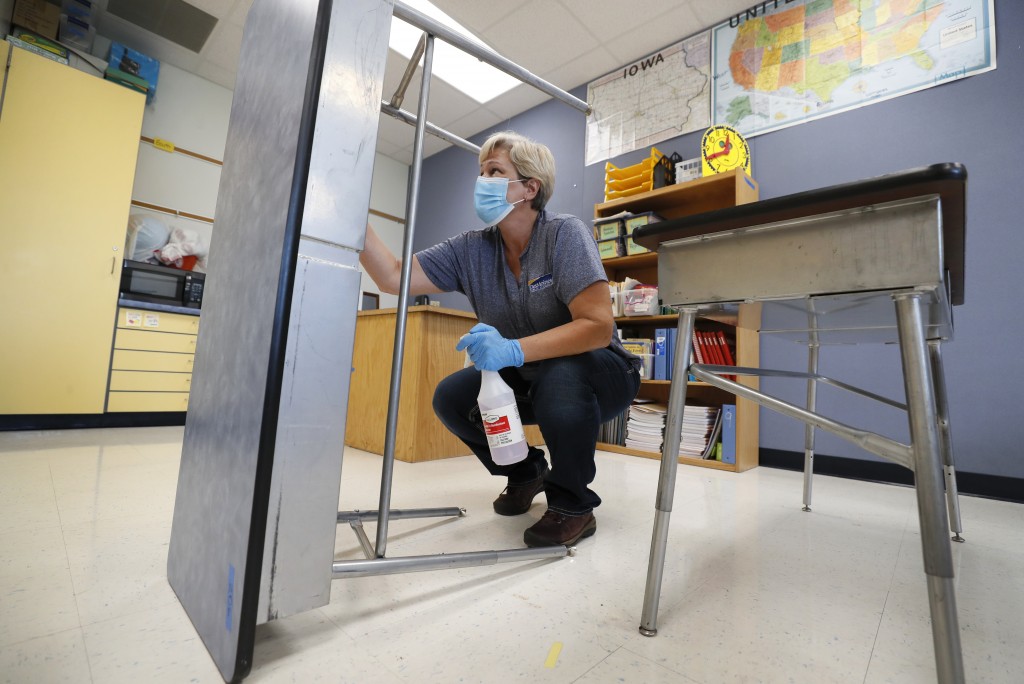 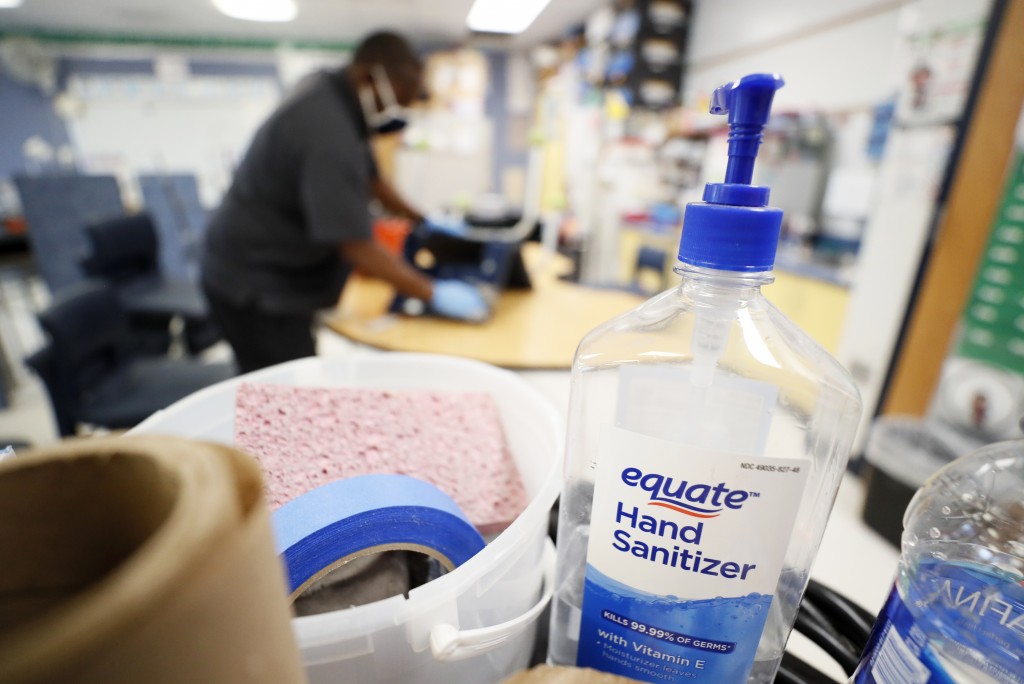 MIAMI (AP) — The desperate race to corral the coronavirus pandemic took on even greater urgency Monday as a burgeoning economic crisis collided with political turmoil. Even as the latest experimental vaccine appeared to show promise, politicians in Washington seemed far apart in finding a way to bring financial relief to Americans.

As the first federal relief package was poised to come to an end, members of Congress were trying to come to agreement on another package to ease the financial burden Americans have dealt with as businesses have endured repeated shutterings or pauses since the virus first appeared on the continent.

The political turmoil in the U.S. and in Europe was playing out as there appeared to be good news on the medical front as scientists involved in the development of at least one vaccine reported promising results in an early trial.

Even as Republicans were at odds with Democrats over how much money was enough, top Republican members of Congress also faced pushback from the White House. GOP leaders were expected to meet Monday with President Donald Trump as the White House panned some $25 billion in the GOP's plan that would be devoted to testing and tracing, said one Republican familiar with the discussions.

There remains a wide gulf between the GOP and Democratic packages, with Democrats passing in the House a $3 trillion package, while the Republican package came in at about $1 trillion.

“We have to end this virus,” House Speaker Nancy Pelosi, D-Calif., said Monday on MSNBC.

Pelosi said any attempt by the White House to block testing money “goes beyond ignorance.”

Pelosi’s bill, approved in May, included $75 billion for testing and tracing to try to get a handle on the virus spread, funneled $100 billion to schools to safely reopen and called for $1 trillion to be sent to cash-strapped states to pay essential workers and prevent layoffs. The measure would give cash stipends to Americans, and bolster rental and mortgage and other safety net protections.

In the two months since Pelosi’s bill passed, the U.S. has had 50,000 more deaths and 2 million more infections.

“If we don’t invest the money now, it will be much worse,” Pelosi said.

The political stakes were high for all sides before the November election, but even more so for the nation, which has now registered more coronavirus infections and deaths than any other country. With 17 straight weeks of unemployment claims topping 1 million, many households were facing a cash crunch and losing employer-backed health insurance coverage.

Potions in Motions, a catering company in Fort Lauderdale, Florida, would ordinarily be in high gear for summer weddings, graduations and corporate events, averaging 25 to 35 a week at their peak and serving 2,000 to 3,000 people.

But this summer, with South Florida’s three counties imposing various restrictions on group gatherings, they’re down to “micro-events,” averaging two to five a week with 8 to 15 people. They’ve had to cut most of their staff; at peak season, they have 65, but now are down to six.

“We’re trying to just stay alive and keep as many people employed,” company founder Jason Savino said. “They’re making so many restrictions by county. You can’t even have a gathering of more than 10 people in your house.”

He understands the need to make changes to curb the spread of the virus, but worries about the economic impact.

“The dialing back scares me,” he said. “There’s no support coming from any government or anywhere that are accommodating these businesses that are being ordered to dial their business back.”

Even a simple attempt to get a day off can have dire consequences.

A busboy at Timbers Seafood and Steakhouse in Ludington, Michigan, said he had COVID-19, but it was later discovered he lied, solely to get a day off, a manager said. Timbers closed for two days as a safety precaution, canceling a wedding rehearsal and lost thousands of dollars.

“It was heartbreaking,” said restaurant manager David Hritco. “I worried about my staff. I worried about, ‘Well, now do I have COVID?'”

The timing was terrible for the restaurant, which is trying to recover during the peak summer season after months of being closed. The employee confessed to lying over the weekend, he said.

“He doesn’t know what he did, and I feel terrible for him because this is a young kid that made a mistake,” Hritco said. “But this is now a police matter.”

The number of confirmed global virus deaths has risen to more than 603,000, according to data compiled by Johns Hopkins University. The United States tops the list with more than 140,500, followed by more than 78,000 in Brazil. Europe as a continent has seen about 200,000 deaths.

The number of confirmed infections worldwide has passed 14.3 million, with 3.7 million in the United States and more than 2 million in Brazil. Experts believe the pandemic’s true toll around the world is much higher because of testing shortages and data collection issues.

In the U.S., infections have been soaring in California, Florida, Texas and Arizona.

State governments have been forced to borrow billions of dollars and slash costs by furloughing workers, delaying construction projects, cutting aid to schools and even closing highway rest areas. For many states, as well as local governments, the main hope for avoiding even deeper cuts is to get help from Congress.

The virus also has led to political rancor around the globe. European Union leaders have met for several days, fighting over an unprecedented 1.85 trillion-euro ($2.1 trillion) EU budget and coronavirus recovery fund. The prolonged debates have been marked by walkouts, fists slamming into tables and insults.

The pandemic has sent the EU into a tailspin, killing around 135,000 of its citizens and plunging its economy into an estimated contraction of 8.3% this year.

There has been a glimmer of hope on the medical front with scientists at Oxford University saying their experimental coronavirus vaccine has been shown in an early trial to prompt a protective immune response in hundreds of people who got the shot.

British researchers first began testing the vaccine in April in about 1,000 people, half of whom got the experimental vaccine. Such early trials are designed to evaluate safety and see what kind of immune response was provoked, but can’t tell if the vaccine truly protects.

In research published Monday in the journal Lancet, scientists said that they found their experimental COVID-19 vaccine produced a dual immune response in people aged 18 to 55 that lasted at least two months after they were immunized.

“We are seeing good immune response in almost everybody,” said Dr. Adrian Hill, director of the Jenner Institute at Oxford University. “What this vaccine does particularly well is trigger both arms of the immune system,” he said.