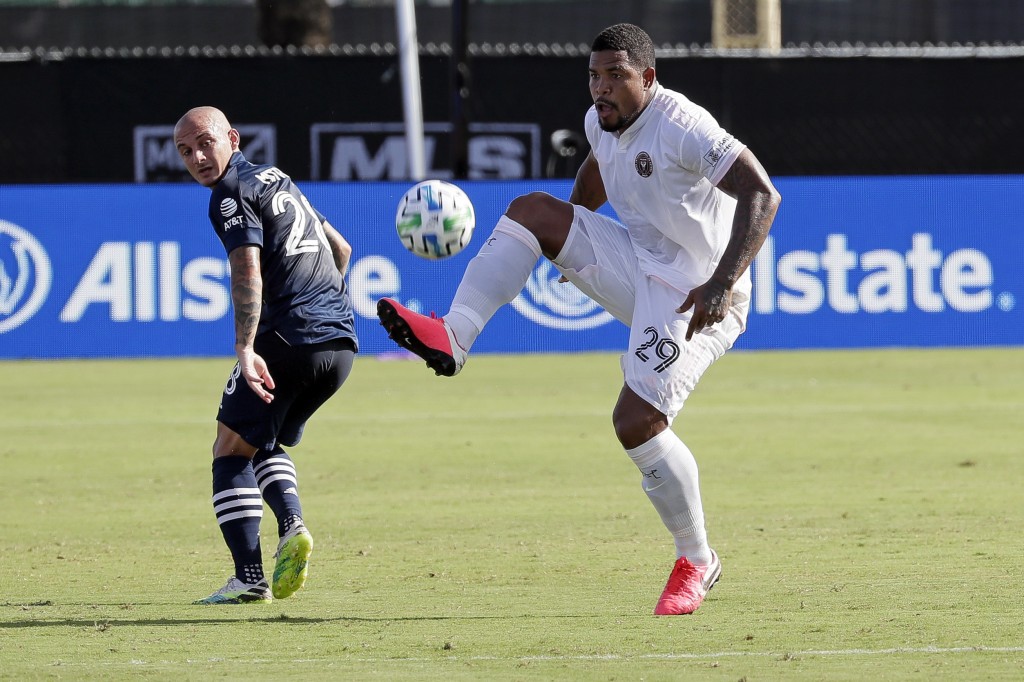 LAKE BUENA VISTA, Fla. (AP) — Ismael Tajouri-Shradi scored midway through the second half, and New York City FC kept alive its slim hopes of advancing in the MLS is Back tournament with a 1-0 victory over Inter Miami on Monday.

NYCFC (1-4-0) won for the first time in the 2020 season and guaranteed a third-place finish in Group A with three points. But NYCFC will need help from others to move on in the tournament as one of the top four third-place finishers. NYCFC’s minus-2 goal differential through three matches means it likely will need stumbles from a combination of teams in order to advance to the knockout round.

Tajouri-Sharadi scored on NYCFC’s first shot on goal in the match. Coming off a water break, Tajouri-Sharadi split the Inter Miami defense to collect a long pass from Alexandru Mitrita and beat Inter Miami goalkeeper Luis Robles. It was just the second goal in five matches this season for NYCFC.

Inter Miami finished with just 10 players when striker Juan Agudelo was sent off late in the match after picking up a second yellow card. Inter Miami had the better scoring chances early in the match, including headers by Agudelo and Nicolas Figal that forced saves from NYCFC goalkeeper Sean Johnson.

But Inter Miami’s attack failed to test Johnson in the second half and became the first team officially eliminated from the tournament.