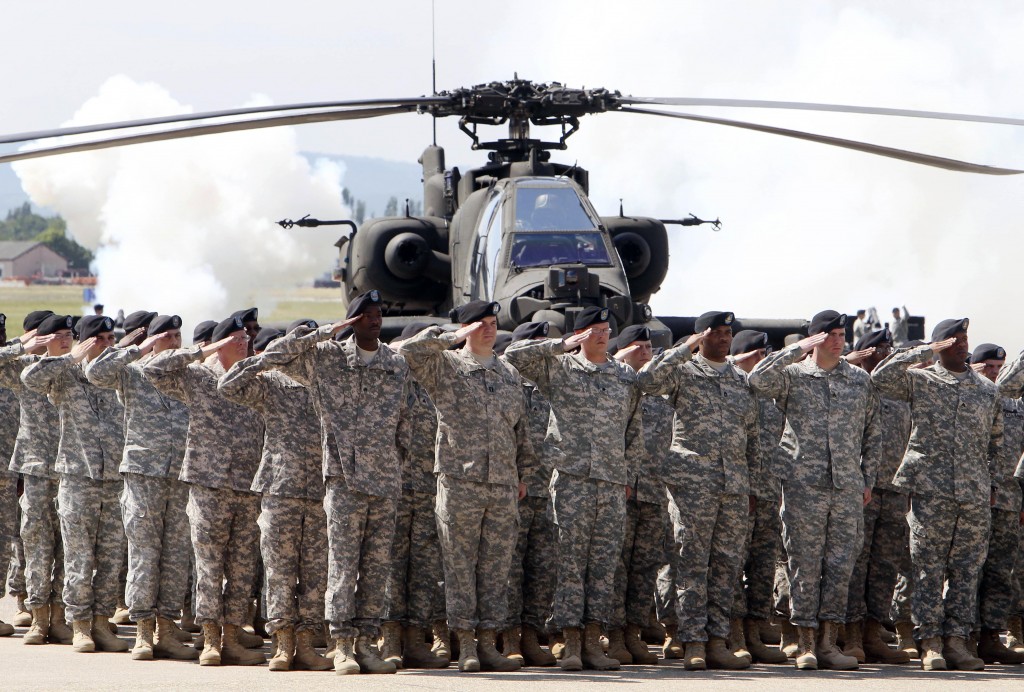 BERLIN (AP) — The governors of the four German states that are home to critical U.S. military facilities are urging members of U.S. Congress to try and force President Donald Trump to back down from plans to withdraw more than a quarter of American troops from the country.

In the letter, obtained Monday by The Associated Press, the governors of Bavaria, Hesse, Baden-Wuerttemberg and Rhineland-Palatinate said American facilities like the Grafenwoehr training area, the Ramstein and Spangdahlem air bases, the Landstuhl Regional Medical Center hospital and the headquarters of U.S. European Command “form the backbone of the U.S. presence in Europe and NATO's ability to act.”

“For decades, Americans and Germans have worked together to build and develop these unique and highly capable structures,” the governors wrote. “They provide the necessary foundation for a partnership-based contribution to peace in Europe and the world, to which we all share a common commitment.”

Many members of Congress have spoken out against the plan, and the German governors in their letter emphasized that the American troops “serve the strategic interests of the United States” as much as NATO interests and the trans-Atlantic partnership.

The letter was sent to more than a dozen senators and representatives Friday, including members of security and foreign policy committees, and lawmakers who have spoken out against the move, according to Munich's Sueddeutsche Zeitung.

They included Republican Sen. Mitt Romney, who has called Trump's plan a “gift to Russia,” and Democratic Sen. Chris Coons who said “withdrawing nearly 10,000 troops from Germany, without consulting German leadership or our other European allies does not make America any safer.”