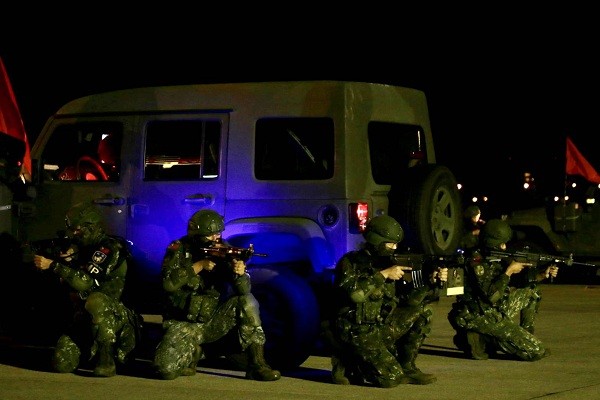 TAIPEI (Taiwan News) — About 75 percent of Taiwanese agree with the proposition that Taiwan should extend the period of military conscription instead of adopting a completely voluntary recruitment policy, according to a recent survey carried out by ETtoday.

Before 2000, Taiwan's conscription system mandated that all males over the age of 18 serve two years in the military. This has since been shortened to four months of basic training.

As tensions between the United States and China continue to rise, the situation around the Taiwan Strait has become more treacherous. Some scholars have even predicted a war within three years, according to the report.

If war were to break out between Taiwan and China, 40.9 percent of those surveyed said that they are willing to fight or would not object to their family's participation, while 49.1 percent said the opposite.

Compared to the results of a previous survey, the percentage of people willing to take up arms in defense of Taiwan or support family members in doing so has increased significantly, perhaps owing to increased anxiety over China's true intentions after recent events such as the implementation of Beijing's new national security law for Hong Kong.

Those willing to fight for Taiwan are typically male, between the ages of 30 and 39, and with party affiliations slanting towards the green coalition, which includes supporters of the Democratic Progressive Party and New Power Party among others.

The ETtoday survey was conducted among Taiwanese over 20 years of age between July 15 and 16, and 2,640 valid samples were collected. The survey has a margin of error of plus or minus 1.91 percent with a 95 percent confidence interval.