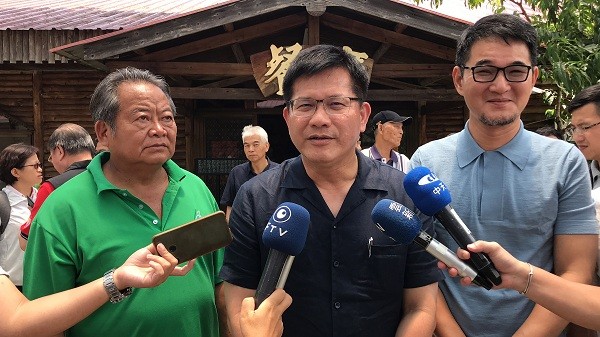 TAIPEI (Taiwan News) — Minister of Transportation and Communications Lin Chia-lung (林佳龍) on Monday (July 20) said that his ministry is still waiting for the country's Central Epidemic Command Center (CECC) to green-light a June proposal to allow the country's airlines to use passengers planes to transport air cargo to six additional destinations in China.

Lin said that it is the CECC's decision and that pandemic prevention should take priority, per UDN.

As China reopens its economy, Taiwan's airline industry has reported that its limited air cargo transportation capacity has not been able to meet the rising demand for trade between the two countries.

Taiwan's Ministry of Transportation and Communications (MOTC) proposed in June that airlines be allowed to use passenger planes to transport air cargo to six additional destinations, including Shenzhen, Chongqing, Qingdao, Ningbo, Guangzhou, and Changsha. The proposal was made with the intention of softening the recent revenue loss experienced by Taiwan's airlines, although it has so far fallen on deaf ears.

An extension of the routes will be assessed by the MOTC, the Civil Aeronautics Administration, and the airlines, said the minister, adding that the final decision will be made by the CECC.