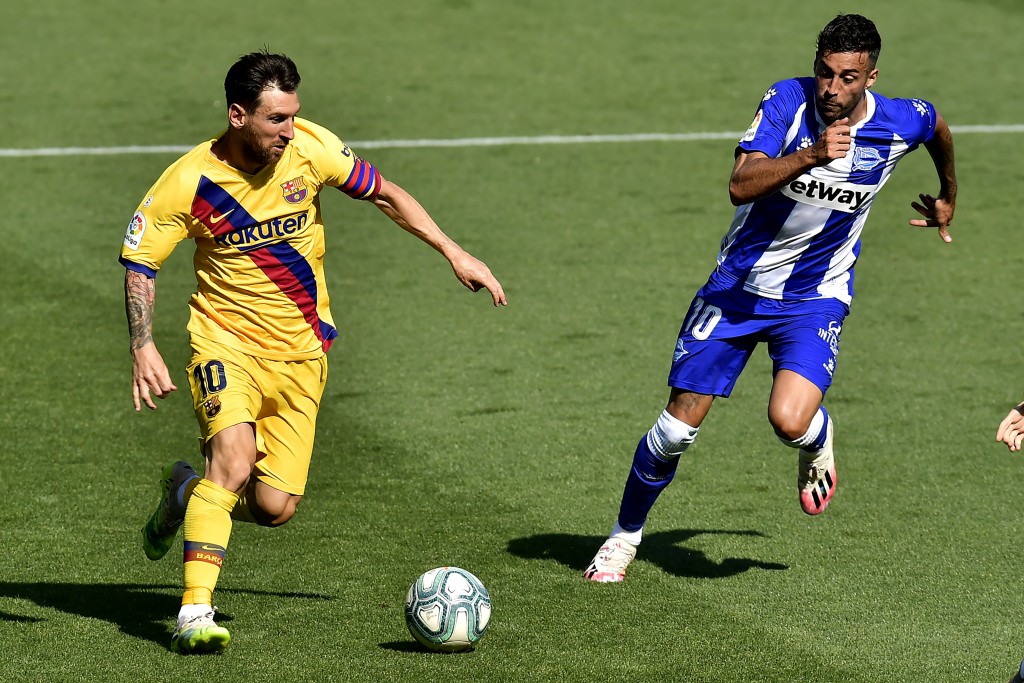 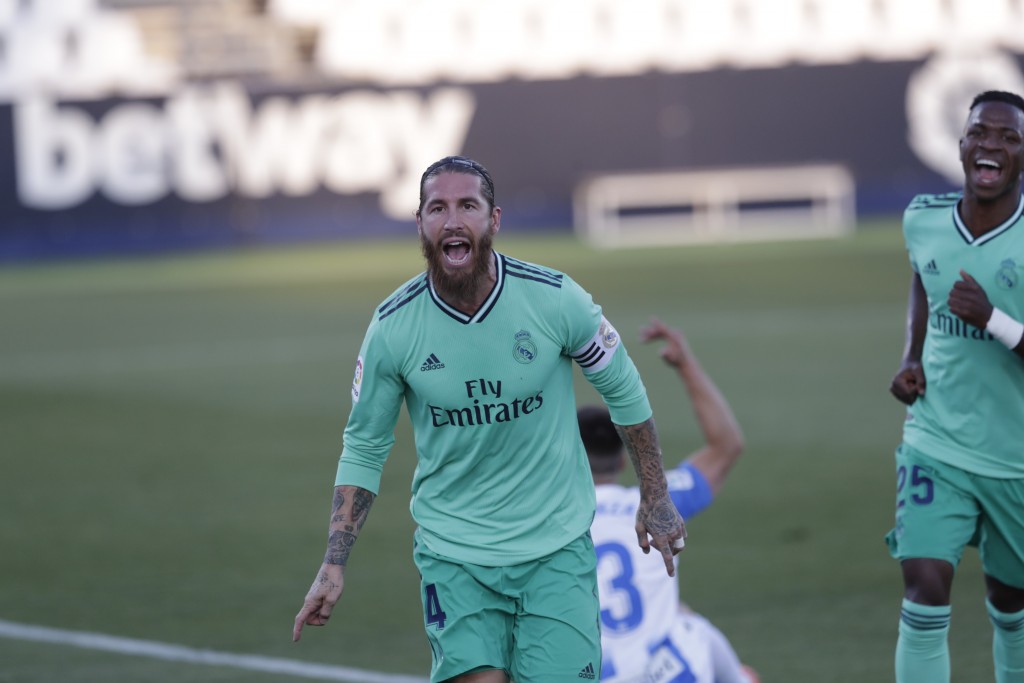 MADRID (AP) — With the Spanish league over, Real Madrid and Barcelona are ready to recharge and regroup as they turn their focus to the Champions League.

The teams responded differently following the stoppage caused by the coronavirus pandemic, with Madrid thriving and winning the title and Barcelona struggling and finishing second. Now they have some more time off to get ready for the final stretch of the season.

Both will restart their Champions League campaigns in a couple of weeks, with Madrid needing to overcome a 2-1 first-leg loss at home to Manchester City and Barcelona hosting Napoli after a 1-1 draw in Italy.

“We need a little peace of mind,” Barcelona forward Lionel Messi said after the team’s 5-0 rout of Osasuna in the last round of the Spanish league on Sunday. “The break will be good to give us a clear head and allow us to come back with more motivation than ever.”

Barcelona finished five points behind Real Madrid, which ended its season with a 2-2 draw at Leganés. Madrid won its record 34th league title — and first in three years — after an impressive run of 10 straight wins following the pandemic break.

“We need a few days to relax,” Madrid coach Zinedine Zidane said. “We have to disconnect and get some rest. We’ll think about that game (against Man City) when we return to training. We’ll have 10 or 15 days to think about it. Now we have to switch off from soccer.”

Zidane remained confident with the team's chances in the Champions League despite the big first-leg deficit.

“Why wouldn't I think that we can come back against City?” Zidane said. “We’re going to fight until the last second, that’s for sure. But now it’s time to rest because the final stretch of the season required a tremendous effort from everyone.”

Barcelona wants to avoid its first season without a major title since 2007-08. It hasn’t won the Champions League since 2015, and last season it was eliminated by Liverpool in the semifinals.

The Catalan club held a two-point lead over Madrid when the Spanish league resumed, but gave it away after three draws and a loss in the 11 matches played after the break.

“We are aware that we have to be more consistent,” Messi said. “We haven’t had a great season, but (against Osasuna) we took an important step forward in terms of attitude and commitment. We still have important things to play for.”

Messi on Sunday clinched the league’s top-scorer award to become the only player to have won it in seven different seasons in Spain.

Barcelona coach Quique Setién, under pressure for losing the league title, said he feels the club has already put its struggles in the past.

“We took a close look at the situation together and we are all very excited with the Champions League,” Setién said. “We talked as a group and it helped us because we cleared things up about what we need to change. It helps that we managed to get this good result (against Osasuna) and it is going to help us to face the future with a better attitude and more enthusiasm.”

The other Spanish team still in the Champions League is Atlético Madrid, which finished third in the Spanish league and was unbeaten since the break. It will face German club Leipzig in the quarterfinals of the European club competition after eliminating titleholder Liverpool in the round of 16.

“We have good momentum and hopefully it will continue and we can win the Champions League,” Atlético midfielder Jorge “Koke” Resurrección said. “We will keep going match by match, and the series against Leipzig will be like a final for us.”