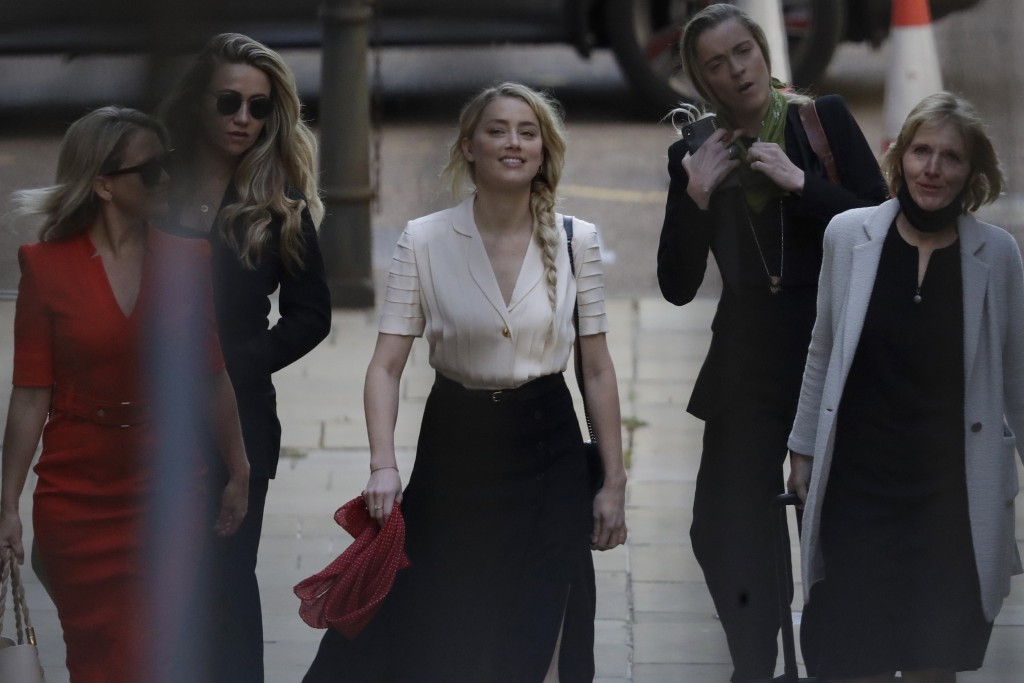 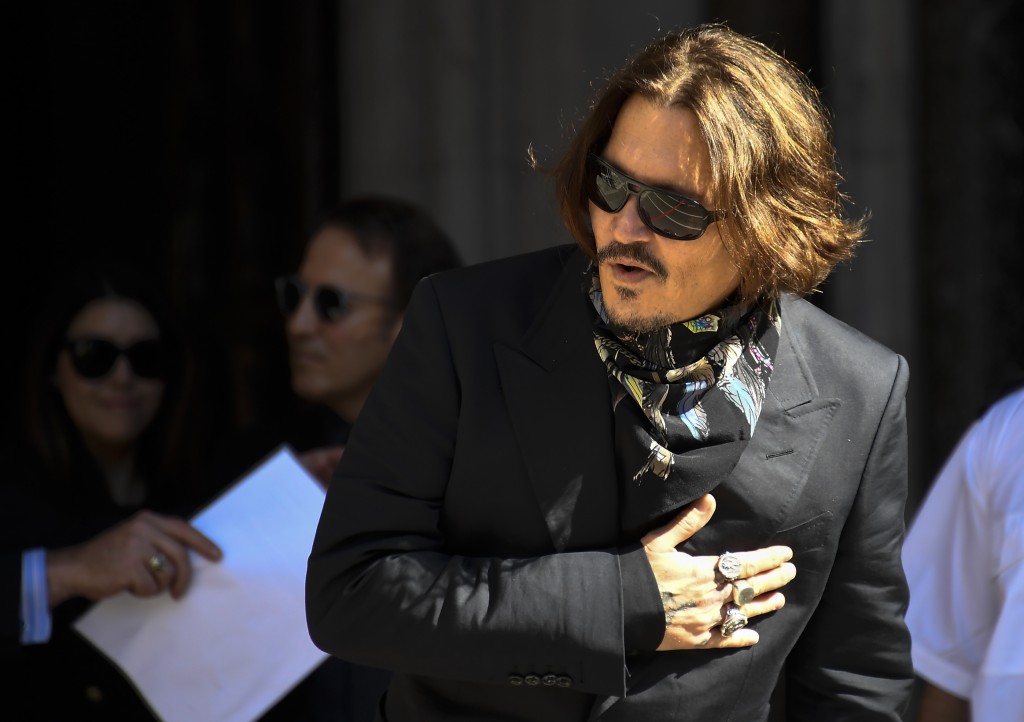 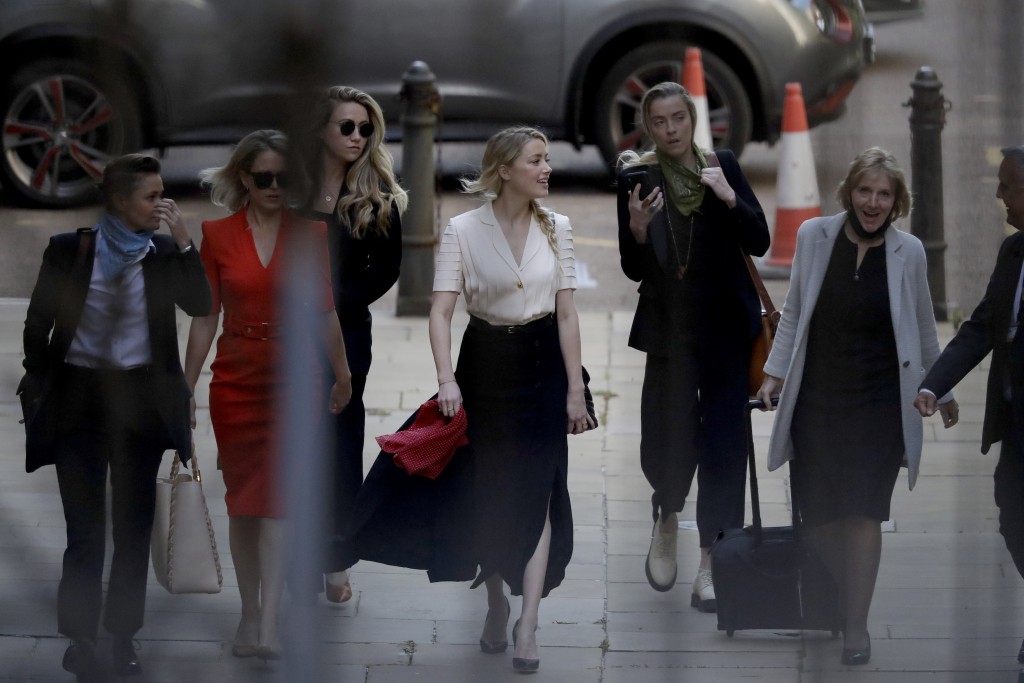 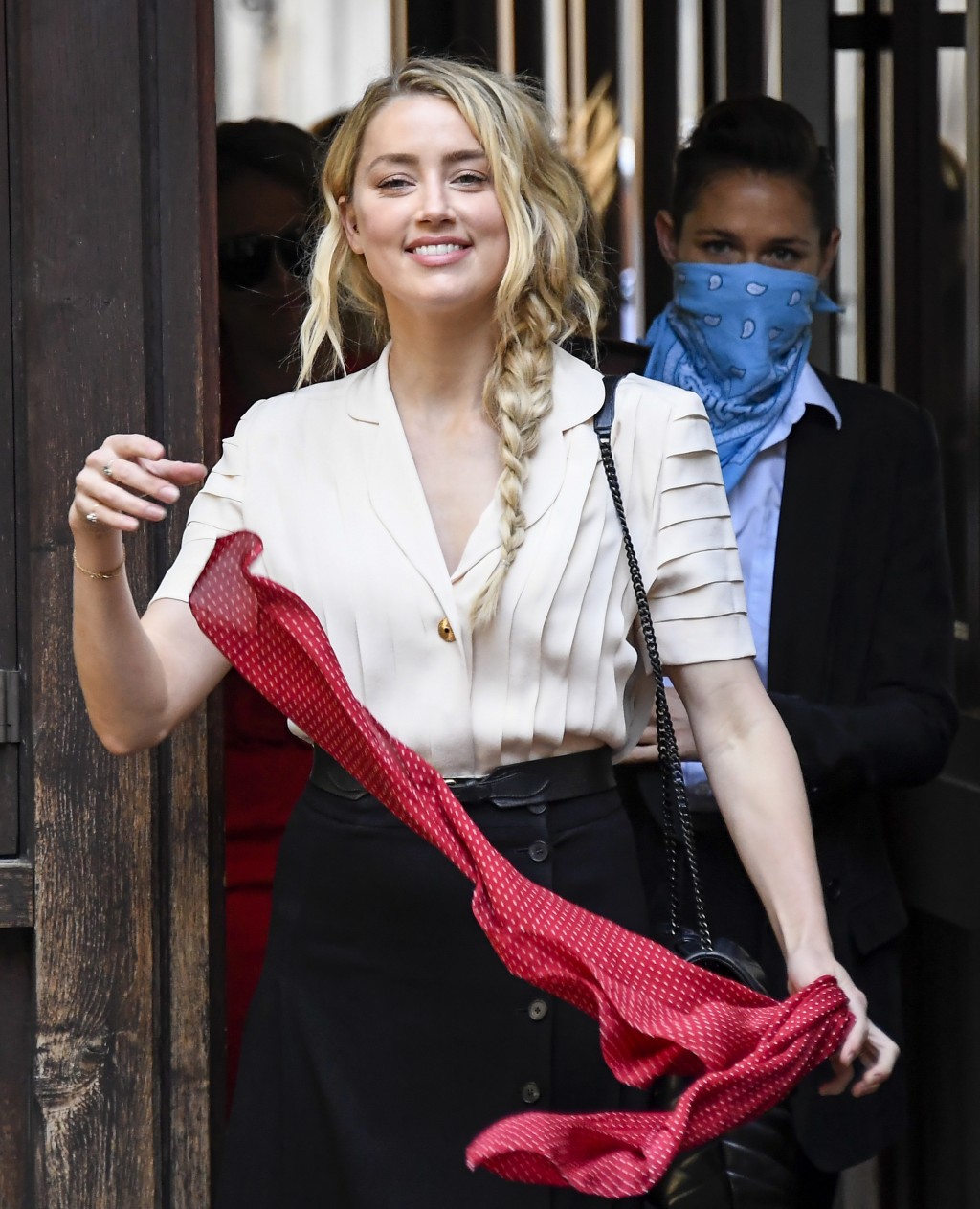 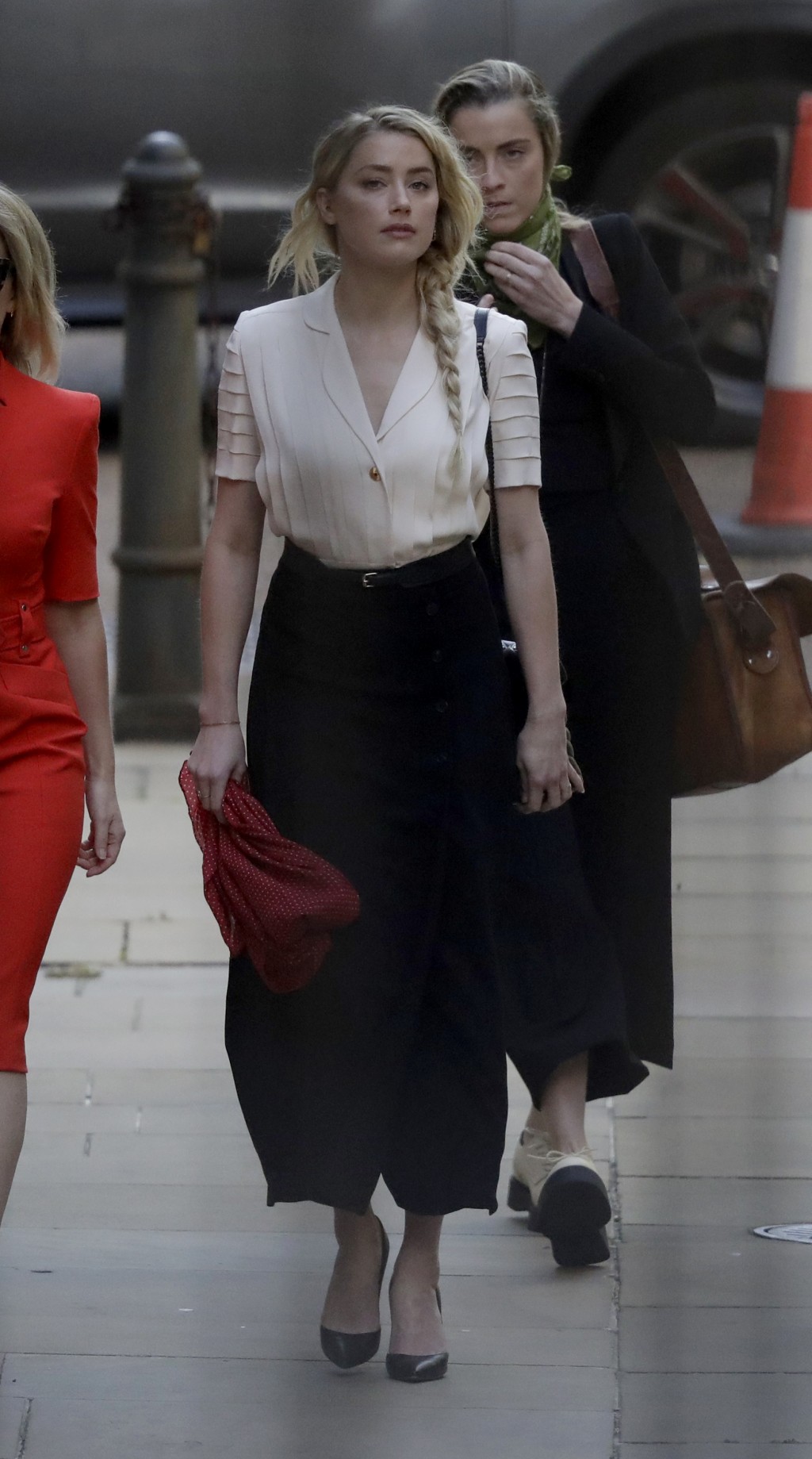 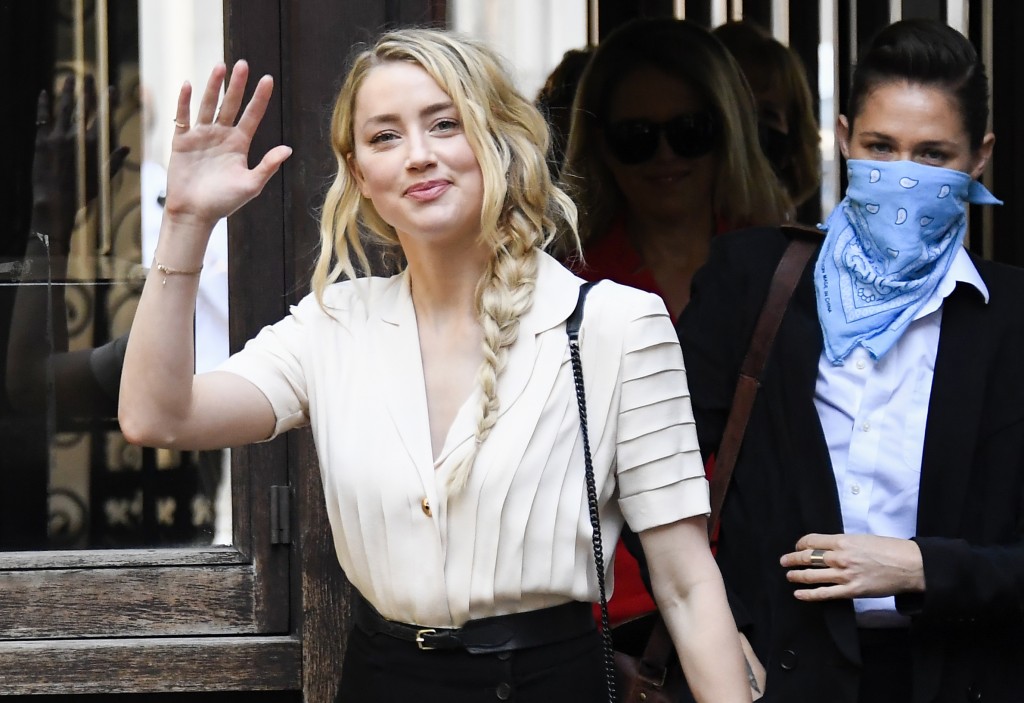 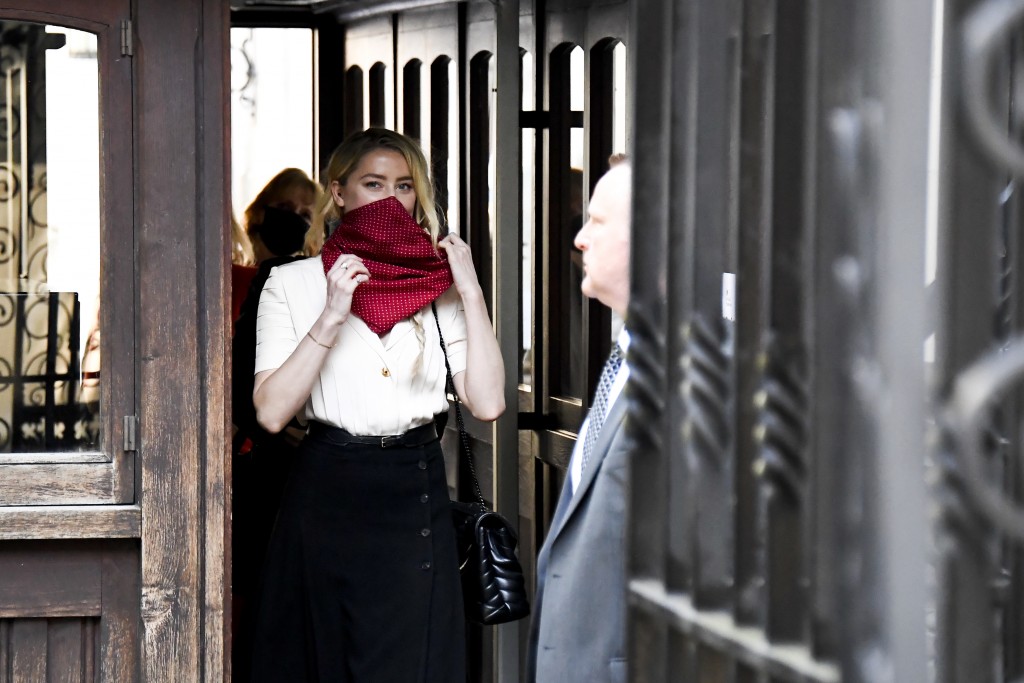 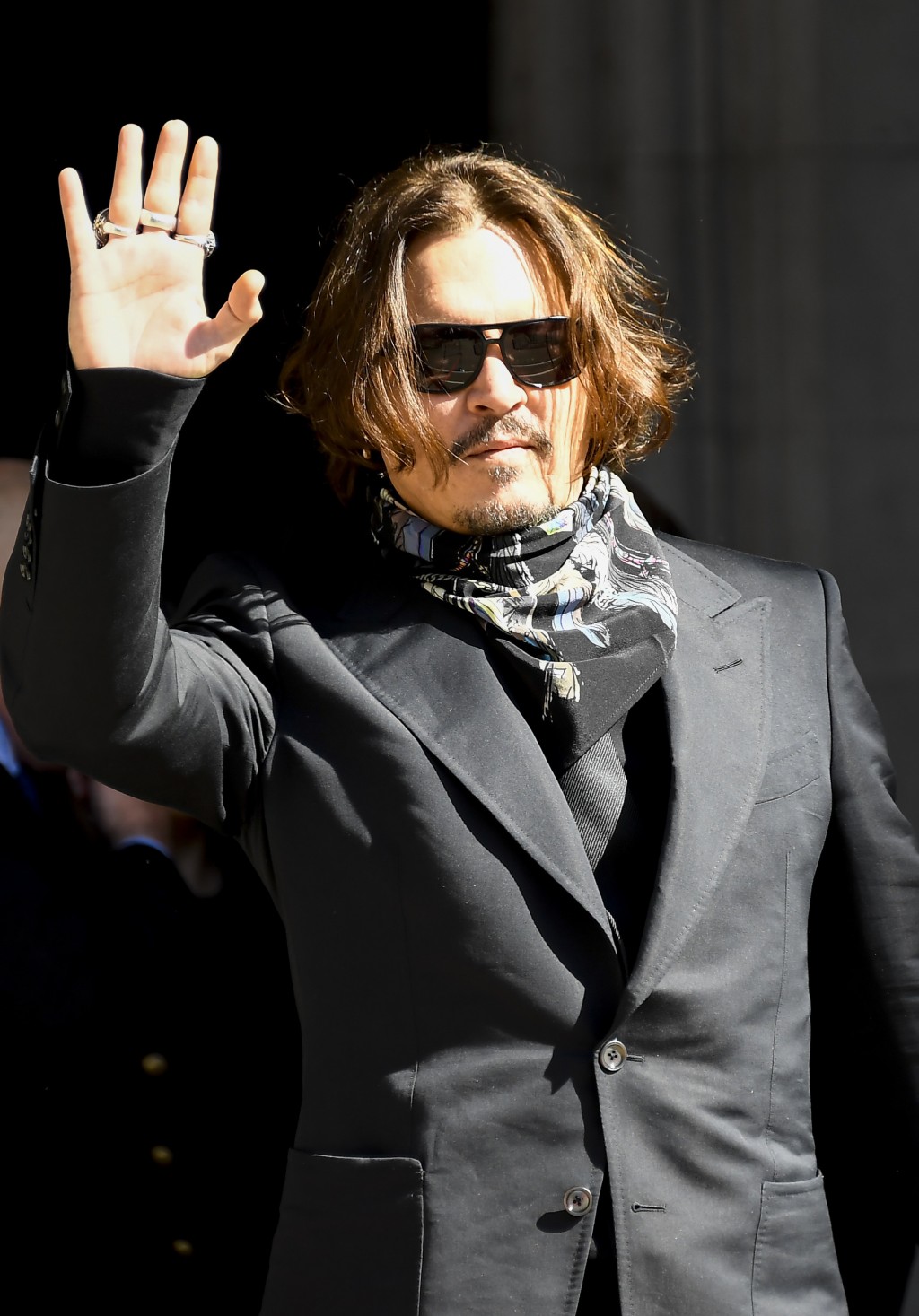 LONDON (AP) — Amber Heard entered the witness box Monday to give evidence during her ex-husband Johnny Depp’s libel case against a British tabloid that accused him of assaulting her during their tempestuous relationship.

Heard's eagerly anticipated testimony is set to last for three days. The 34-year-old actor has been present throughout the trial, watching from the public gallery as her ex-husband gave evidence over five days.

She is set to face questioning over 14 allegations of domestic violence that The Sun's publisher News Group Newspapers is relying on in its defense of an April 2018 article that called the Hollywood star a “wife beater."

Depp is suing News Group Newspapers, publisher of the Sun, and the paper’s executive editor, Dan Wootton, at the High Court in London over the article. He strongly denies abusing Heard. He was at the court Monday to hear Heard's evidence.

Depp, 57, and Heard met on the set of the 2011 comedy “The Rum Diary” and married in Los Angeles in February 2015. Heard filed for divorce the following year, and the divorce was finalized in 2017.

The Sun’s defense relies on 14 allegations made by Heard of violence by Depp between 2013 and 2016, in settings including his private island in the Bahamas, a rented house in Australia and the couple’s downtown Los Angeles penthouse.

Depp claims Heard was the aggressor during their volatile relationship, which he has likened to “a crime scene waiting to happen.”

In nine days of testimony at the High Court in London, judge Andrew Nicol has heard from Depp and from several current or former employees who have backed his version of events.