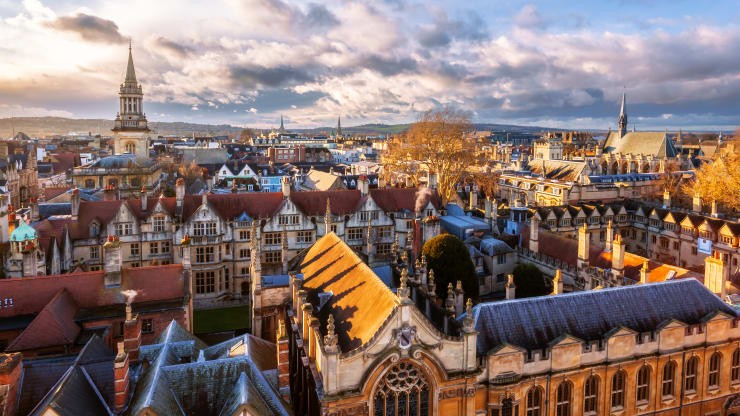 TAIPEI (Taiwan News) — The Oxford City Council in the U.K. is set to discuss a proposal on Monday (July 20) to establish a sister city relationship with Taiwan.

The motion, put forward by City Councilor Stephen Goddard, points out that Taiwan has a robust democratic system, has gone through an "economic miracle," and was the first country in Asia to legalize same-sex marriage. It also praises the nation's successful epidemic prevention measures and mentions its mask donations to the EU.

The proposal also states that according to Freedom House data, Taiwan has undergone three peaceful transitions of power since 2000, protects civil liberties, and has a higher freedom index than the United States, France, or Spain.

Also mentioned is the fact that Taiwan's fight against the Wuhan coronavirus (COVID-19) has so far been successful, despite its densely packed population of nearly 24 million and close proximity to China, where the epidemic originated. Furthermore, in April 2020, Taiwan donated 7 million medical masks to European countries, including the U.K.

The proposal notes that Oxford has sister cities in Europe, the Middle East, and the Americas, but currently none in East Asia. If Oxford successfully establishes a sister city relationship in Taiwan, it will be the first in the U.K. to do so, Goddard stated.

It emphasizes that sister cities provide citizens with opportunities to interact with other's cultures and lifestyles, believing that if such links are established with Taiwan, Oxford will benefit greatly.

The proposal adds that the official diplomatic positions of Oxford City and the British government are irrelevant with regard to the establishment of sister cities.

If the motion is passed, the Oxford City Council will request that the city government discuss which Taiwanese city is best suited for establishing relations with. This will be followed by the formal dispatch of a letter to the Taiwan Representative Office in the U.K. for assistance in arranging related matters.