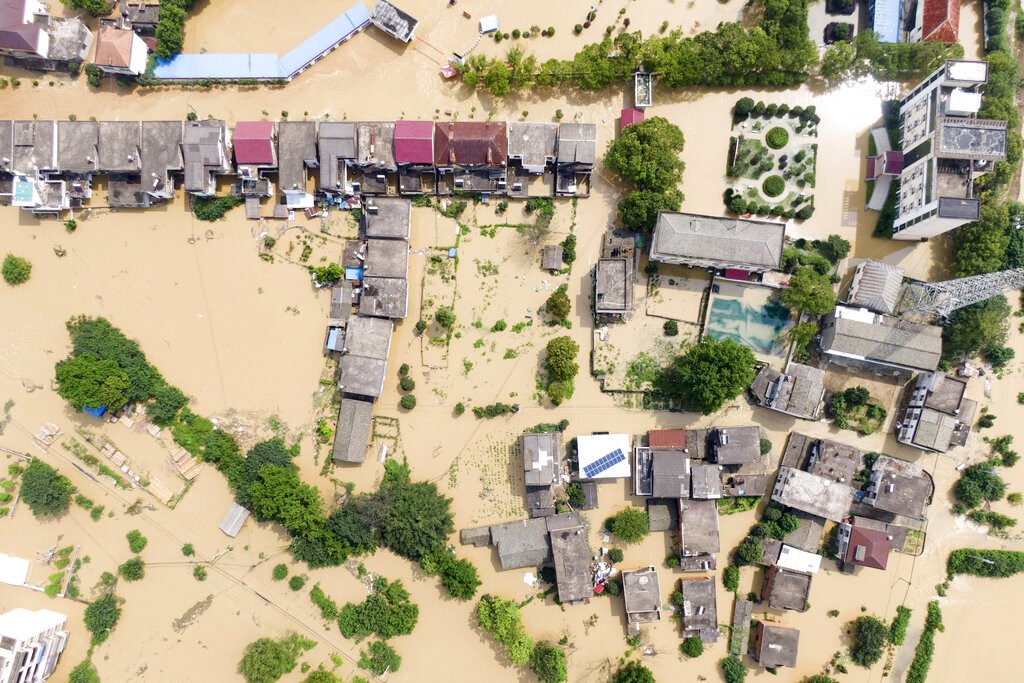 TAIPEI (Taiwan News) — As torrential rain continues to batter China for a second straight month, severe flood alerts have been issued for three major rivers this week: the Yangtze, Yellow, and Huai Rivers.

The "No. 2 Flood" of the year passed through the Three Gorges Dam on the Yangtze River on Sunday (July 19), and a new wave of flooding is expected to begin battering the embattled dam on Tuesday (July 21). On Monday evening (July 20), the "No. 2 Flood" of the year was also issued for the Yellow River as the flow of the Lanzhou Hydrological Station reached 3,000 cubic meters per second, while a Level IV emergency response was activated for the upper reaches of the river, according to China's state-run mouthpiece the Global Times.

Also on Monday, a red alert, the highest of China's four-tiered color-coded warning system, was issued for the Huai River. Authorities opened the sluices at Wangjiaba that day to release the flood pressure as waters rose 0.36 meters above the warning level, according to state-run voicebox Xinhua.

There have been continuous rainstorms in southwest China since the beginning of June, and the rain belt has extended to the whole Yangtze River Basin. The entire basin has been continuously plagued by flooding for about 40 days.

In recent days, the rainfall has expanded across China, and the rain belt has moved northward. As a result, the Yellow and Huai river basins have also begun to see extensive flooding.

According to the Yellow River Conservancy Commission, the flood crisis in the Yellow River will also begin to expand to the provinces of Qinghai, Gansu, Ningxia, and Inner Mongolia. Such is the concern about flooding in those areas that Beijing has put the Western Theater Command and Northern Theater Command of the People's Liberation Army (PLA) on standby to be prepared to provide support with flood control and relief.

Sitting between the Yangtze and Yellow rivers is the Huai River, which has been dubbed the "most difficult river to manage in China." As a red alert was issued for the Huai River on Monday, the Wangjiaba Floodgate in Fuyang, Anhui province was forced to open its floodgates at 8:32 p.m. on Monday evening, for the first time in 13 years, to relieve flood pressure on the facility.

It has been raining heavily on both sides of the Huai River for more than a month. The rainfall seen in June shattered the previous record.

The rainfall in July is also steadily increasing over the river. On July 17, a yellow alert was issued for it.

The emergency response level for the river has been raised on several occasions. At 6:36 p.m. on Monday evening, the water level of Wangjiaba rose to 29.66 meters, exceeding the warning by 0.36 meters and prompting authorities to raise the emergency response to level I. 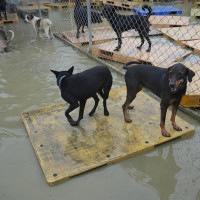 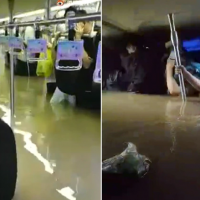