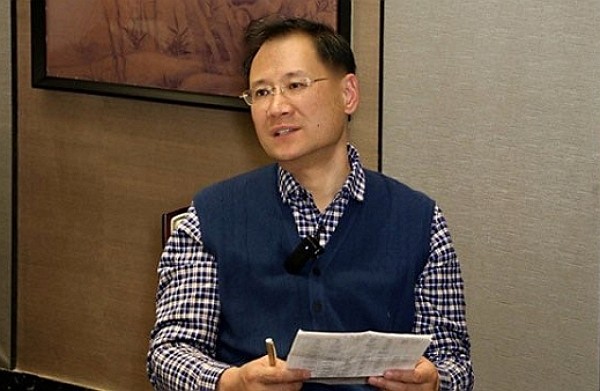 TAIPEI (Taiwan News) — Totalitarianism is doomed to fail and freedom will eventually descend upon China, said outspoken Chinese academic Xu Zhangrun (許章潤), who was released from arbitrary detention on July 12.

Xu, a 57-year-old former law professor at prestigious Tsing Hua University in Beijing recently dismissed after two decades for his unrelenting criticism of the authorities, made the remark in an open letter to the university’s alumni, wrote CNA.

A total of 549 alumni donated over 100,000 yuan (US$14,000) to Xu in one day in an online fundraiser organized by Yan Huai (閻淮), a Tsing Hua alumnus and a former member of the Organization Department of the Central Committee of the Chinese Communist Party (CCP). Xu has declined to accept the donation, saying the funds should be directed to those in need and that he will strive to make a living penning articles.

In a harsh tone, Xu lashed out at the CCP and its mouthpieces for painting a rosy picture of a society more accurately marked by suffering and where many people can hardly make ends meet. "China is on the brink, and its intellectual world is characterized by decadence, pretension, and compliance," he lamented.

China has been deserted by the world as it clings to its vile institutions, he went on in the open letter, adding that "totalitarianism is destined to fail, and a liberal world will ultimately arrive [in China]." The scholar said that he will continue to call out the authorities — his role, as he sees it — until he meets his fate.

Xu was detained on July 6 in Beijing by the police for allegedly soliciting prostitution, which is a charge often used to discredit critics of the government, wrote the New York Times. His essays panning the CCP and its leadership have drawn the ire of Beijing, including one that rebuked Xi Jinping (習近平) for his abolition of term limits in 2018 and another that castigated the CCP for its ill management of the coronavirus pandemic this year.