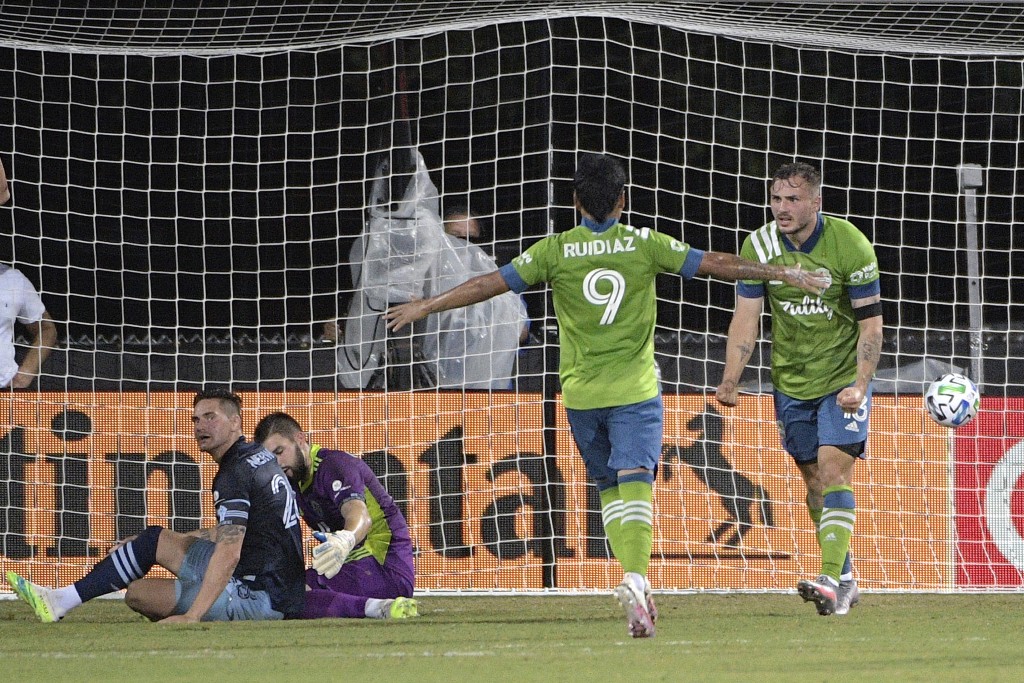 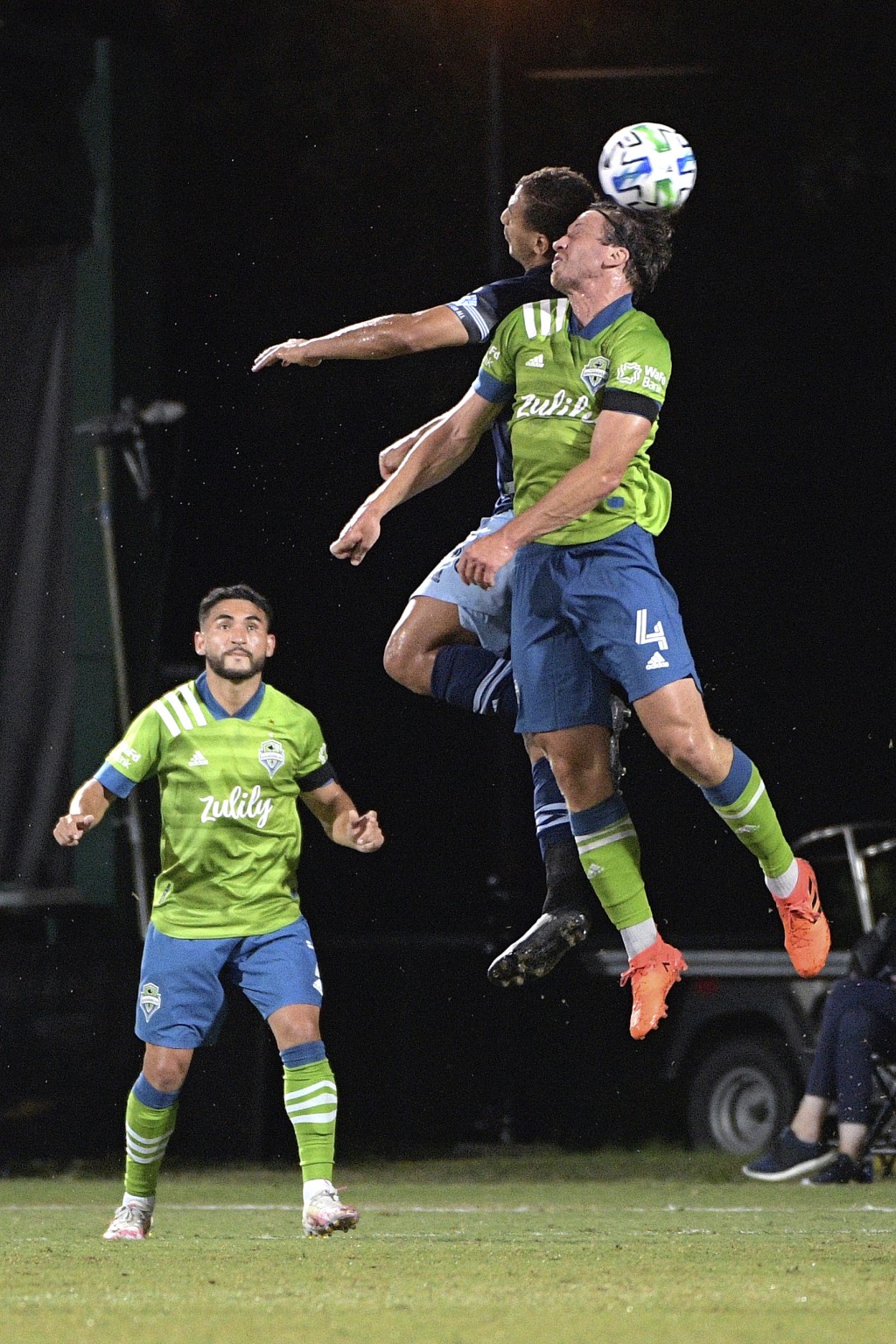 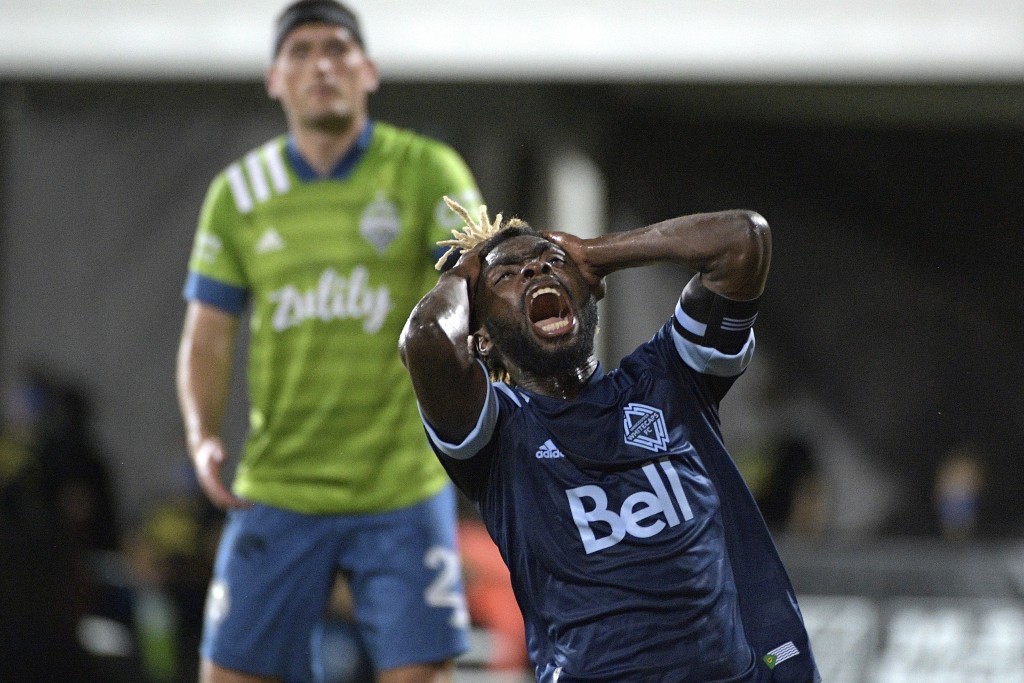 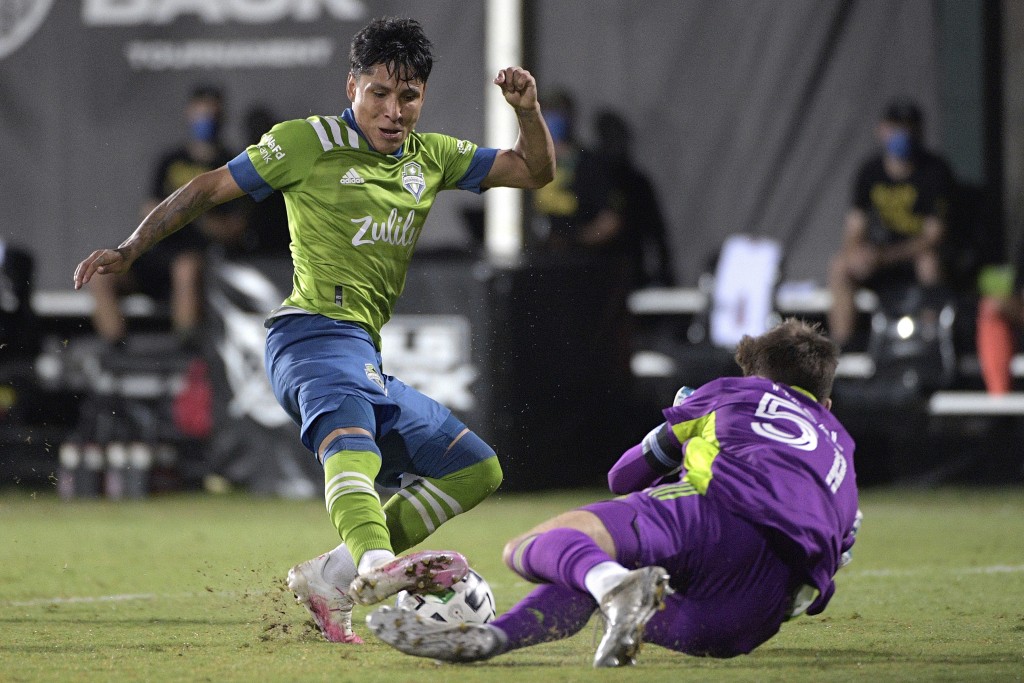 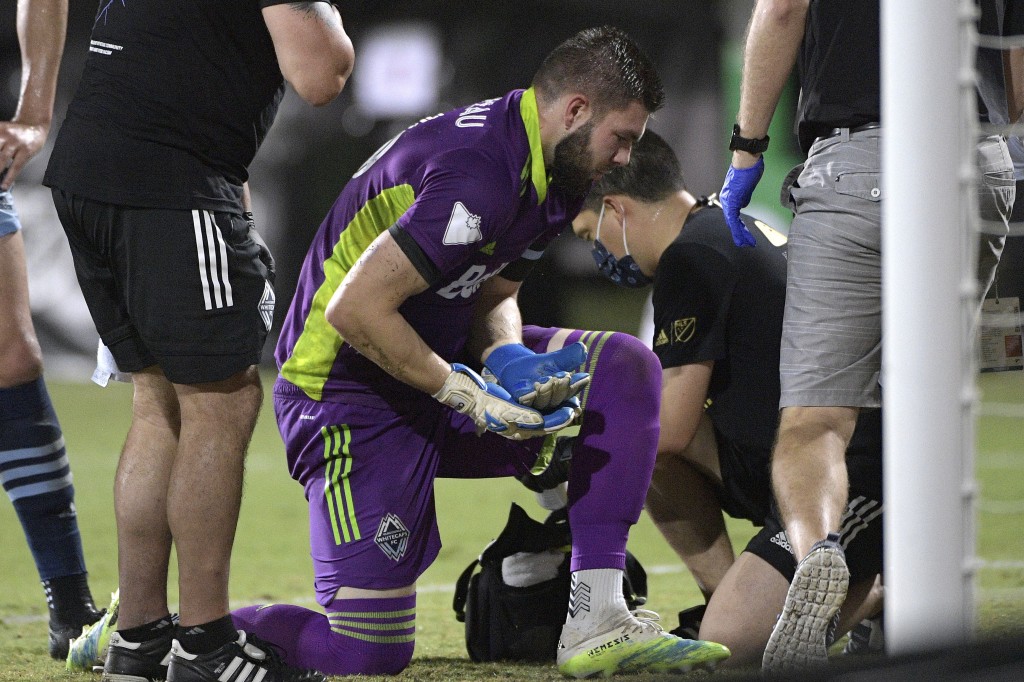 LAKE BUENA VISTA, Fla. (AP) — Nicolas Lodeiro scored from the penalty spot early in the first half, Jordan Morris added to the lead with his third goal of the season, and the Seattle Sounders beat the Vancouver Whitecaps 3-0 in the MLS is Back tournament on Sunday night.

Seattle (2-1-2) clinched a spot in the knockout round of the tournament, rebounding from a disappointing loss to Chicago earlier in the group stage. Seattle will finish either second or third in Group B, depending on Chicago’s final group stage match. The top four third-place finishers among all the group advance to the round of 16 and Seattle has at worst clinched one of those spots.

Seattle will not play again until either July 26 or 27.

Raul Ruidiaz also scored for Seattle, which dominated its Cascadia rivals yet again. The Sounders are unbeaten in their past nine matches against Vancouver with six of those victories.

But Morris was the star for Seattle. The winger drew the penalty that led to Lodeiro’s opening goal in the 16th minute. Morris’s shot caught the hand of Vancouver defender Jasser Khmiri, and Lodeiro sent Whitecaps goalkeeper Maxime Crepeau the wrong direction on the penalty.

Morris then got his own goal later in the first half collecting a chipped pass from Lodeiro, holding off his defender and beating Crepeau. Morris had two goals in Seattle’s season opener back in March.

Ruidiaz added cushion early in the second half, scoring off a corner kick and a flicked header from Handwalla Bwana.

Seattle opened the tournament with a 0-0 draw against group winner San Jose and a 2-1 loss to Chicago. The Sounders will have to wait for the result of Thursday’s group finale between Vancouver and Chicago to determine their placing and opponent in the knockout round.

Vancouver (1-3-0) was already short-handed entering the tournament with a number of key players opting out, and now may be without its goalkeeper. Crepeau had to be subbed out early in the second half after his hand was inadvertently stepped on. Backup goalkeeper Bryan Meredith previously left the Whitecaps in Florida due to family reasons, leaving 21-year-old Thomas Hasal to make his Vancouver debut. Hasal finished with one save.