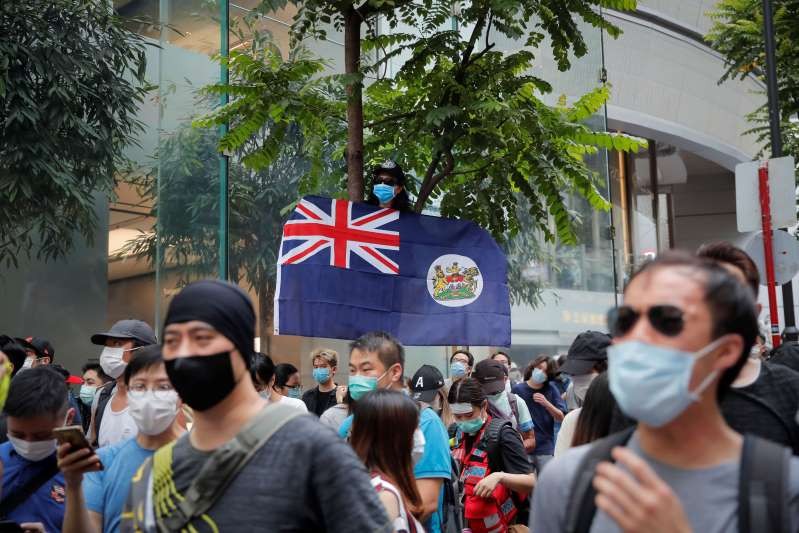 TAIPEI (Taiwan News) — The U.K. is expected to announce the suspension of its extradition treaty with Hong Kong on Monday (July 20) amid worsening relations with China.

Foreign Secretary Dominic Raab is set to unveil the measure in response to China’s enactment of the controversial national security legislation for Hong Kong last month, reported The Guardian. Canada and Australia have already put a stop to their extradition arrangements with Hong Kong, and the U.S. is preparing to do the same.

The U.K.'s move follows its decision to grant up to three million Hongkongers residency in the country and a chance to acquire permanent British citizenship.

Tensions between London and Beijing are already high over a slew of issues. Raab on Sunday (July 19) launched a new salvo of criticism against China’s repression of its Uighur population, an accusation refuted by China's ambassador to the U.K. Liu Xiaoming (劉曉明), who vowed retaliation should the country sanction Chinese officials over the alleged abuse, wrote AP.

Last week, the U.K. announced a U-turn on its telecom infrastructure policy by banning China’s Huawei from having any role in its 5G network over security concerns. The British government reportedly informed the Chinese tech giant that “geopolitical factors” were at play, as U.S. pressure had piled up, and that a reversal could be possible if U.S. President Donald Trump loses his bid for a second term in the November election.