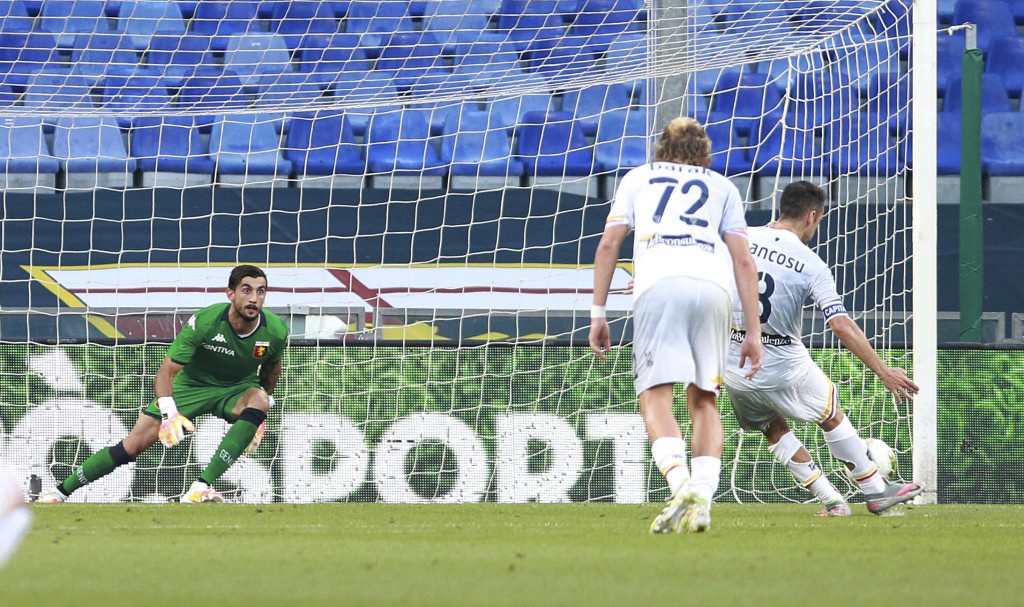 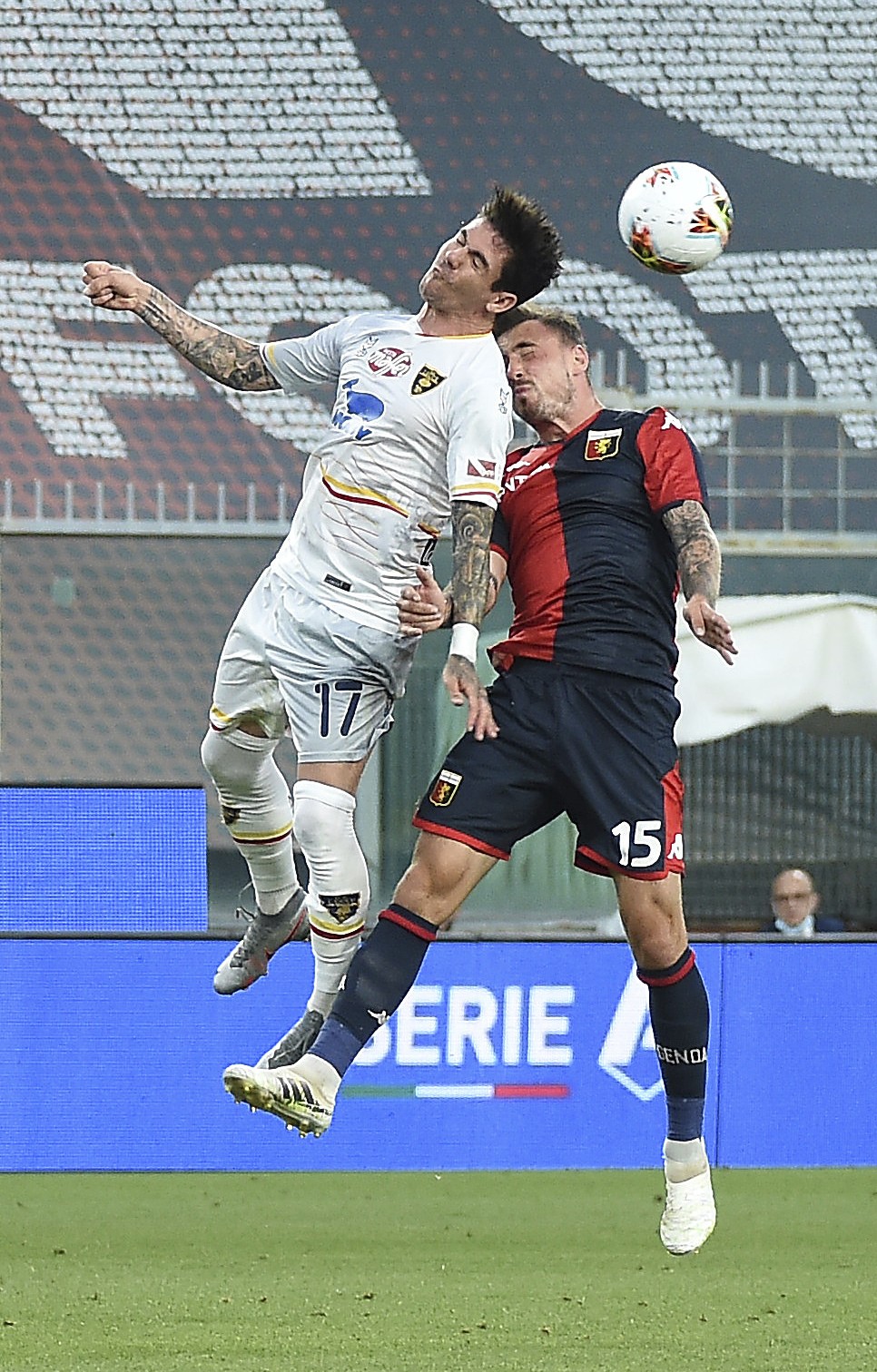 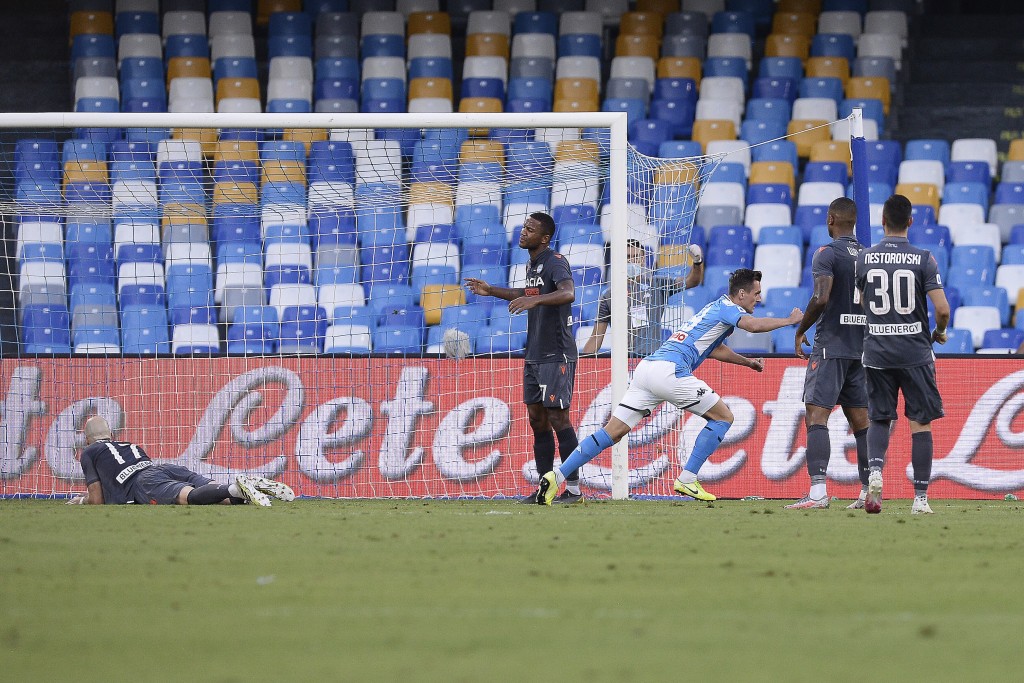 MILAN (AP) — A bizarre Gabriel own-goal and a missed penalty may have condemned Lecce to relegation as it lost 2-1 at Genoa in a direct fight for survival in Serie A on Sunday.

Marco Mancosu had atoned for a penalty miss by scoring a second-half equalizer. However, nine minutes from time, Filip Jagiełło’s long-range strike bounced off the post and ricocheted in off Gabriel’s back.

Spal was relegated after losing 2-1 against Brescia, which is nine points from safety and likely to join Spal in Serie B.

Genoa took an early lead when Antonio Sanabria made the most of a fortunate bounce to fire home Goran Pandev’s through ball in the seventh minute.

Lecce had earlier penalty appeals waved away but it was awarded a spot kick on the stroke of halftime. Gianluca Lapadula’s effort was cleared off the line but he was brought down by Genoa goalkeeper Mattia Perin, preventing him from attempting to get to the rebound.

However, Mancosu blasted the penalty over the bar.

The Lecce midfielder did equalize in the second half when his cross evaded everyone to go into the far bottom corner.

Udinese lost 2-1 to Napoli and remained seven points above the drop zone after Matteo Politano scored a winner deep in stoppage time.

Napoli has already qualified for the Europa League after winning the Italian Cup. It moved level on points with AC Milan and one point below fifth-place Roma, which hosts Inter Milan later with the Nerazzurri desperate to boost their title hopes.

Sampdoria came back from two goals down to win 3-2 at Parma, and Torino lost 2-0 at Fiorentina.