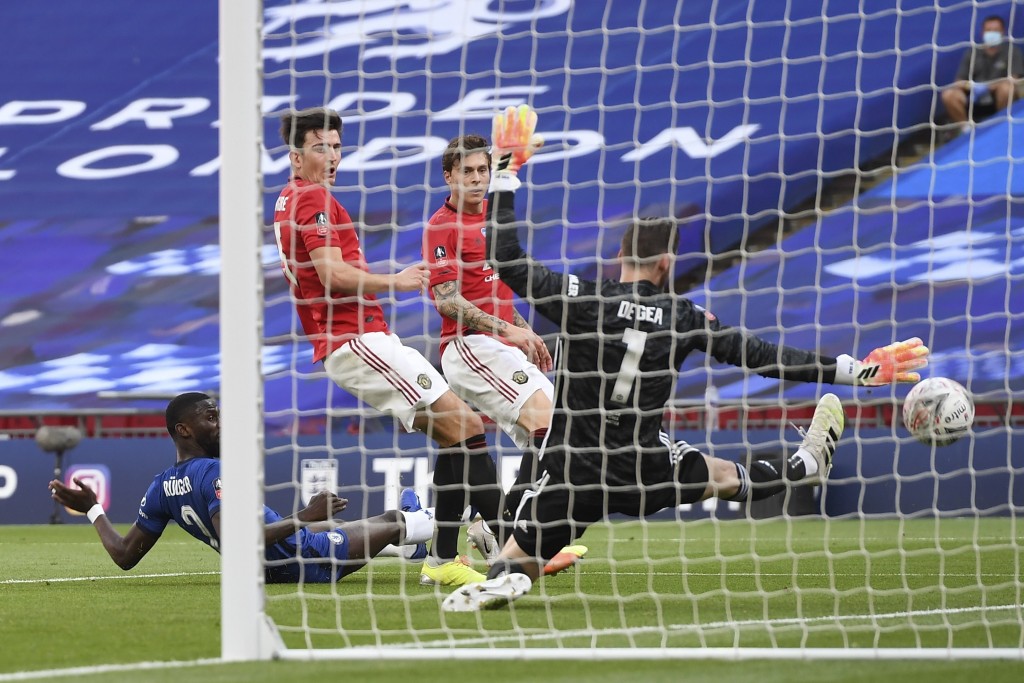 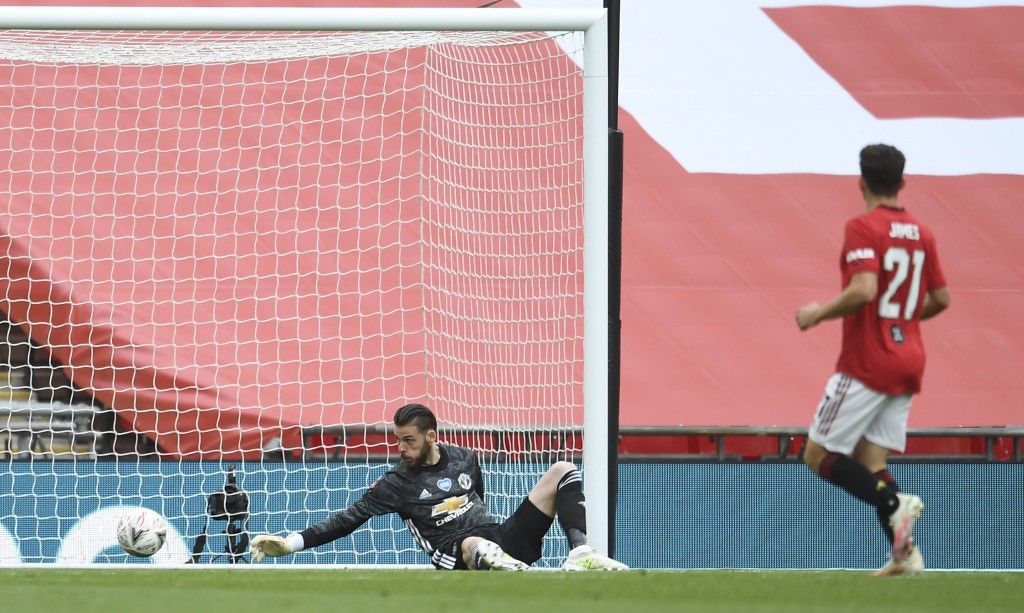 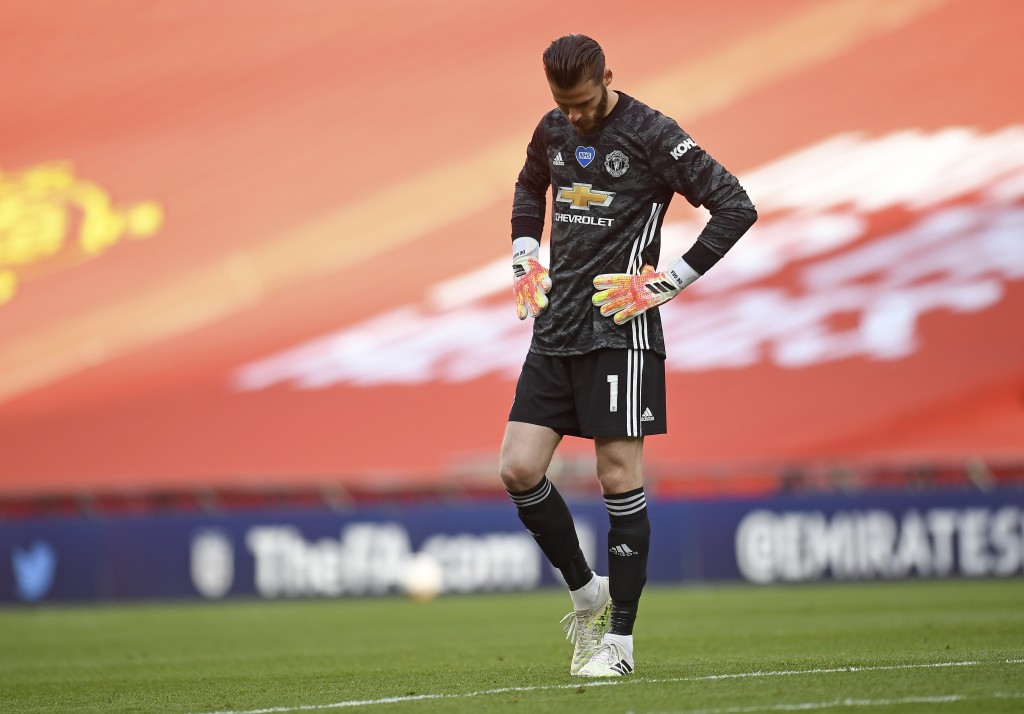 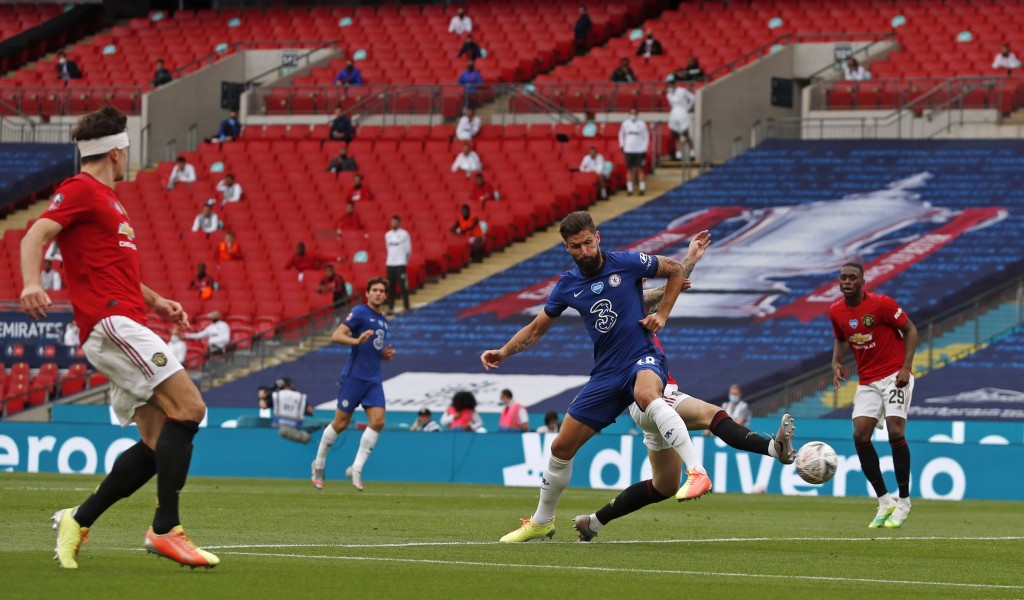 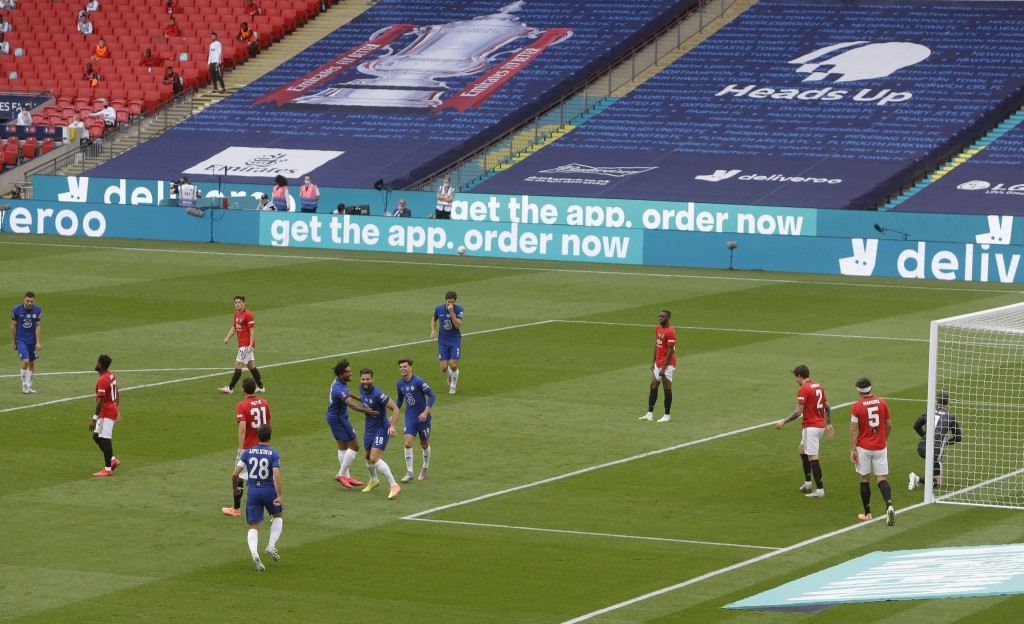 LONDON (AP) — At least David De Gea was spared having a crowd inside Wembley to witness his latest mistakes in the Manchester United goal.

Gifted goals to beat United 3-1 on Sunday, Chelsea will be returning to the national stadium on Aug. 1 to face Arsenal in an all-London FA Cup final.

United returned to the field early for the start of the second half but was just as sloppy.

Diving to his left, De Gea let Mason Mount's long-range strike go through his gloves. There was shared United culpability for the 46th-minute goal since Brandon Williams gave the ball away around the halfway line with a misplaced pass that Mount seized on.

It summed up United's misfortune that the third goal in the 74th came from captain Harry Maguire accidentally turning the ball past De Gea at the near post when under pressure from Chelsea's Antonio Rüdiger.

Usually Sergio Romero plays in goal for United in the FA Cup. De Gea hadn’t played in the competition since the 2018 final when Chelsea beat United.

With three years remaining on De Gea's contract, United has a quandary over the future of one of its highest-paid players who was once considered one of the world's top goalkeepers.

United can so often rely on winning a penalty. But even earning a 19th spot kick of the season — converted by Bruno Fernandes in the 85th after Anthony Martial was fouled by Callum Hudson-Odoi — could not spark a late comeback.

It means Frank Lampard's first season as Chelsea manager will end with a cup final. It will be a harder route to a second final in August, with Chelsea trailing 3-0 to Bayern Munich in the Champions League round of 16.

In this pandemic-delayed conclusion to the season, which prevents fans attending games, Ole Gunnar Solskjaer is also chasing continental glory through the Europa League with United.

Chelsea and United will be hoping to secure Champions League spots in the upcoming final week of the Premier League season — and not be relying on winning continental competitions to qualify.

Leicester's 3-0 loss at Tottenham in the Premier League on Sunday means the 2016 champions risk dropping out of the top four after being there since September.

Fifth-place United remains only behind Leicester on goal difference and has a game in hand against West Ham on Wednesday before playing Brendan Rodgers' side on Sunday.

Chelsea is a point ahead of Leicester going into Wednesday's game at newly crowned champion Liverpool and Sunday's finale against Wolverhampton.

Tottenham's victory over Leicester was secured by Harry Kane setting up the opener before netting twice to take his tally to 23 goals in this injury-restricted season.

Tottenham, which moved up to sixth place in its pursuit of a Europa League place, took the lead in the sixth minute after Son Heung-min ran onto Kane's pass before sending in a shot that was deflected in by James Justin.

Lucas Moura played in Kane for a low finish in the 37th and the Brazilian set up the striker again three minutes later for a shot curled into the far corner.

Bournemouth is in relegation trouble after being beaten 2-0 by Southampton, remaining in next-from-last place.

Bournemouth is three points below 17th-place Watford, with an inferior goal difference and having played a game more ahead of next weekend’s season finale at Everton.

Trailing to Danny Ings’ opener, Bournemouth thought it had secured a point in second-half stoppage when. But Sam Surridge's goal was ruled out by VAR for offside against Callum Wilson.

And Bournemouth's frustration was compounded in the ninth minute of stoppage time by Southampton substitute Che Adams scoring a second.