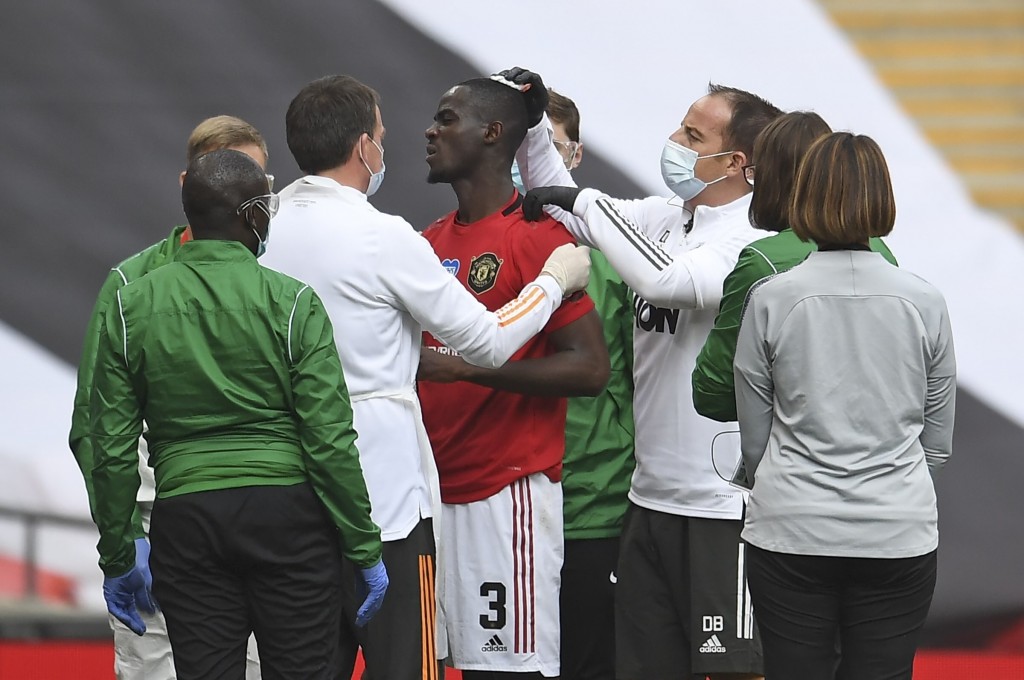 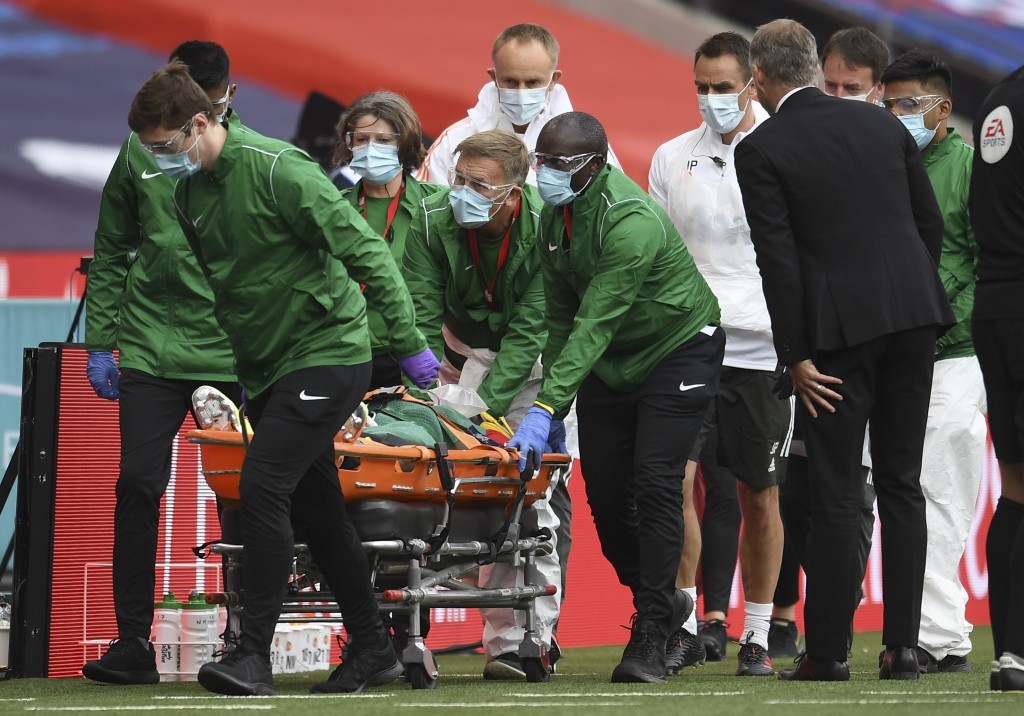 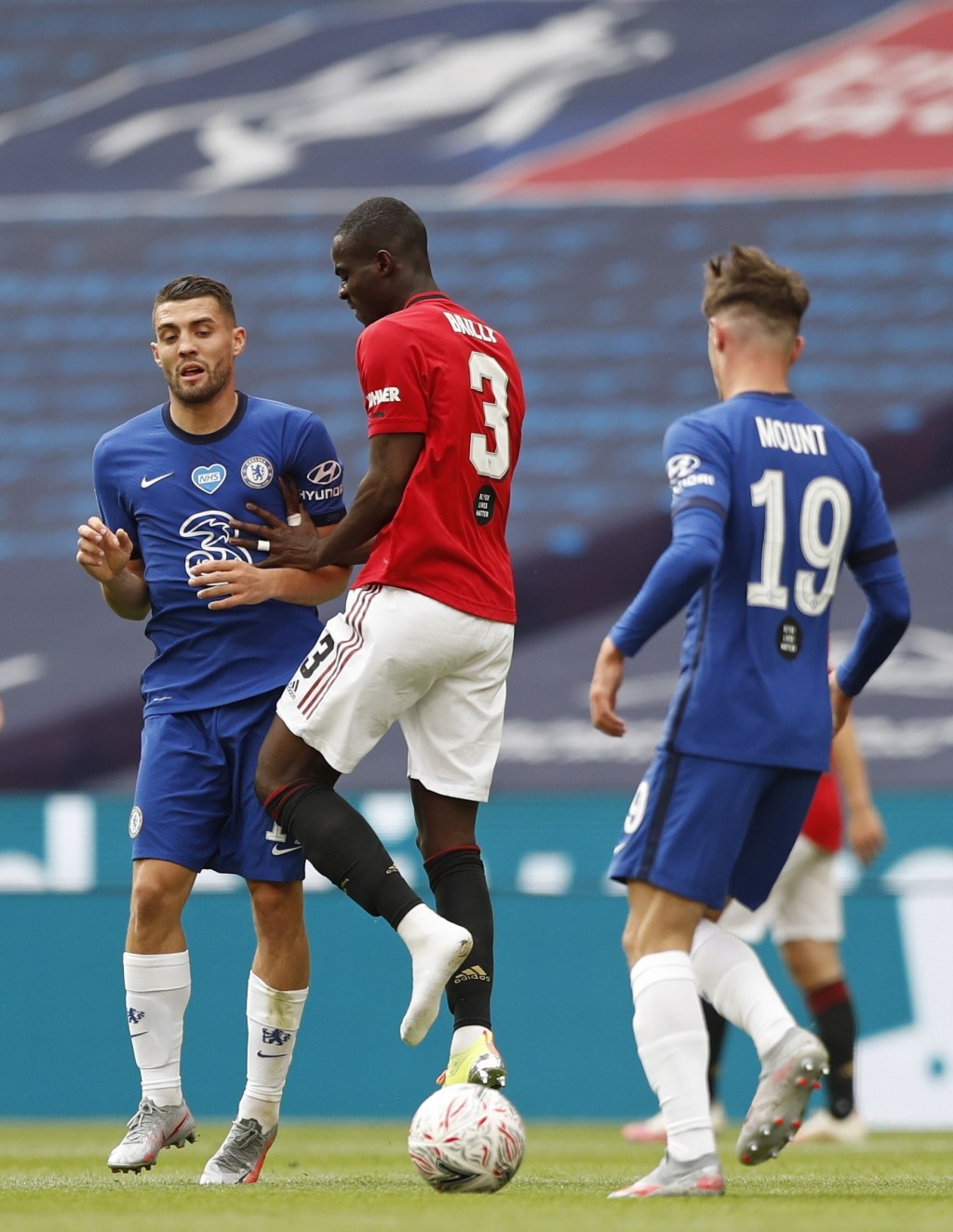 LONDON (AP) — Manchester United defender Eric Bailly was wheeled off on a stretcher and wearing an oxygen mask after a second clash of heads during Sunday's FA Cup semifinal against Chelsea.

Bailly had returned to action after an aerial collision with Chelsea defender Kurt Zouma.

But there was another heavy blow to Bailly's head when he rose with teammate Harry Maguire to challenge Chelsea striker Olivier Giroud for the ball.

After concussion checks, Maguire was declared fit to continue with a bandage around his head.

But during a lengthy stoppage, Bailly staggered on the touchline before being placed on a stretcher and wheeled off the Wembley touchline on a stretcher by medical staff wearing protective clothing as part of coronavirus prevention measures.

There was applause from the few people inside Wembley, where fans are locked out due to the pandemic.