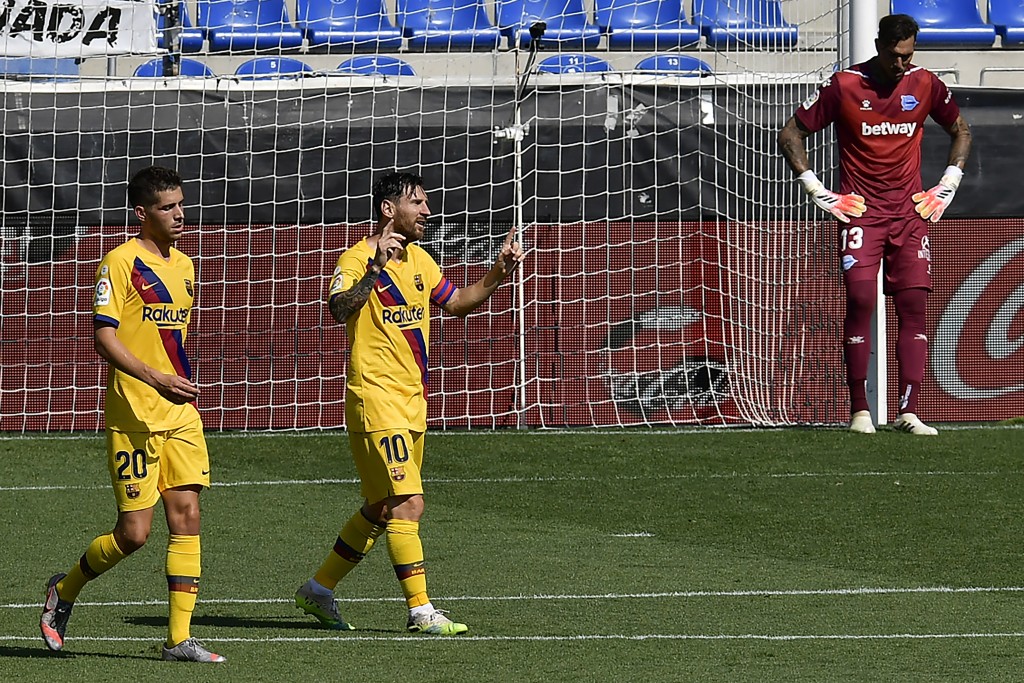 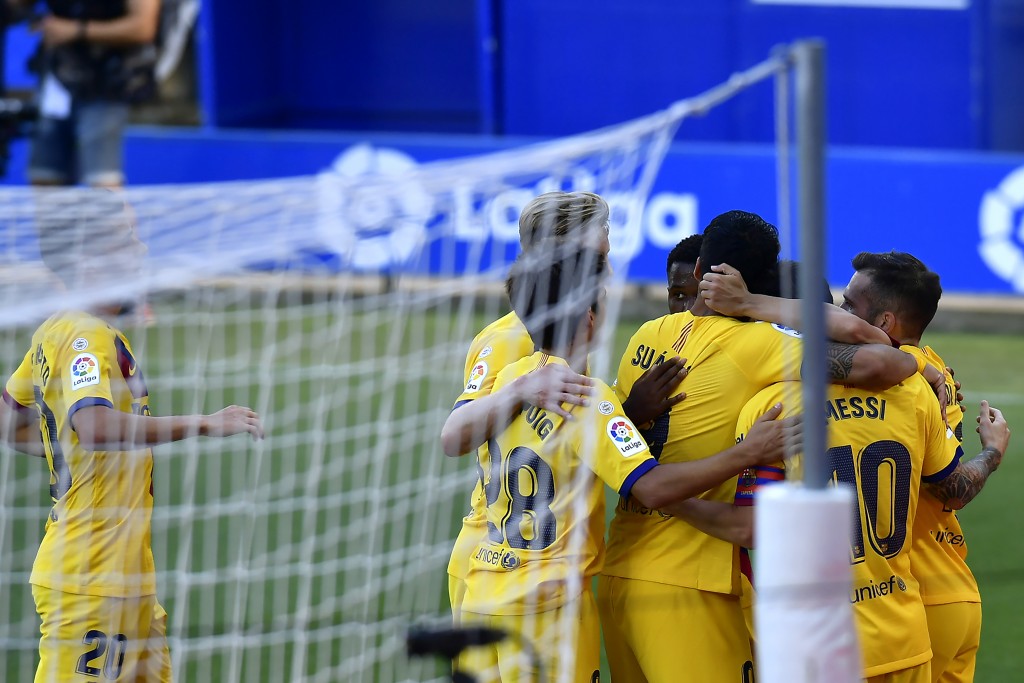 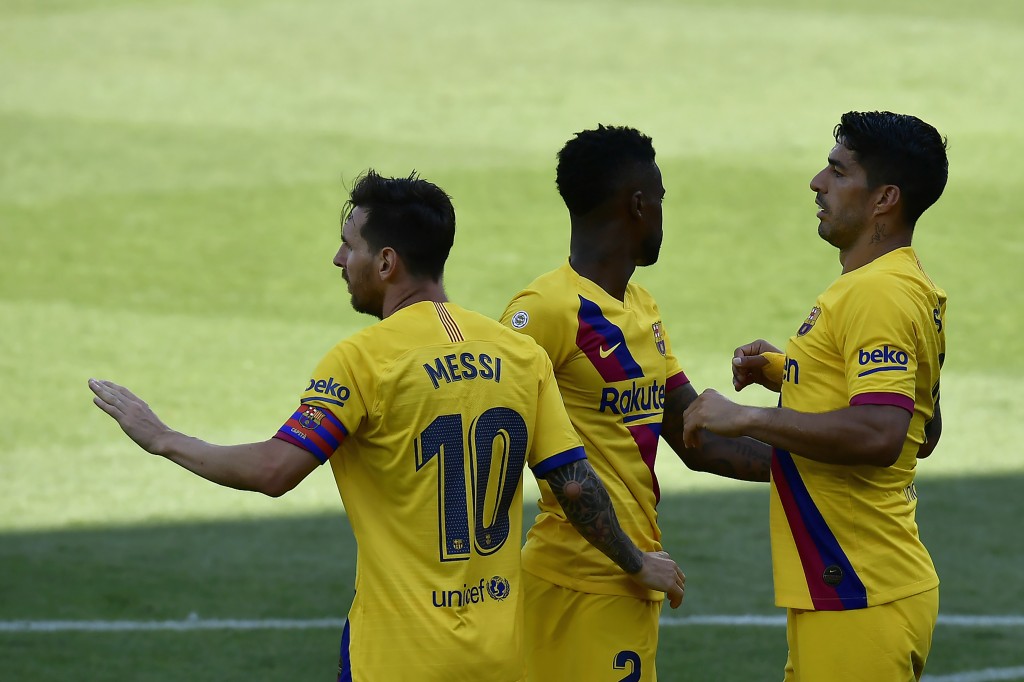 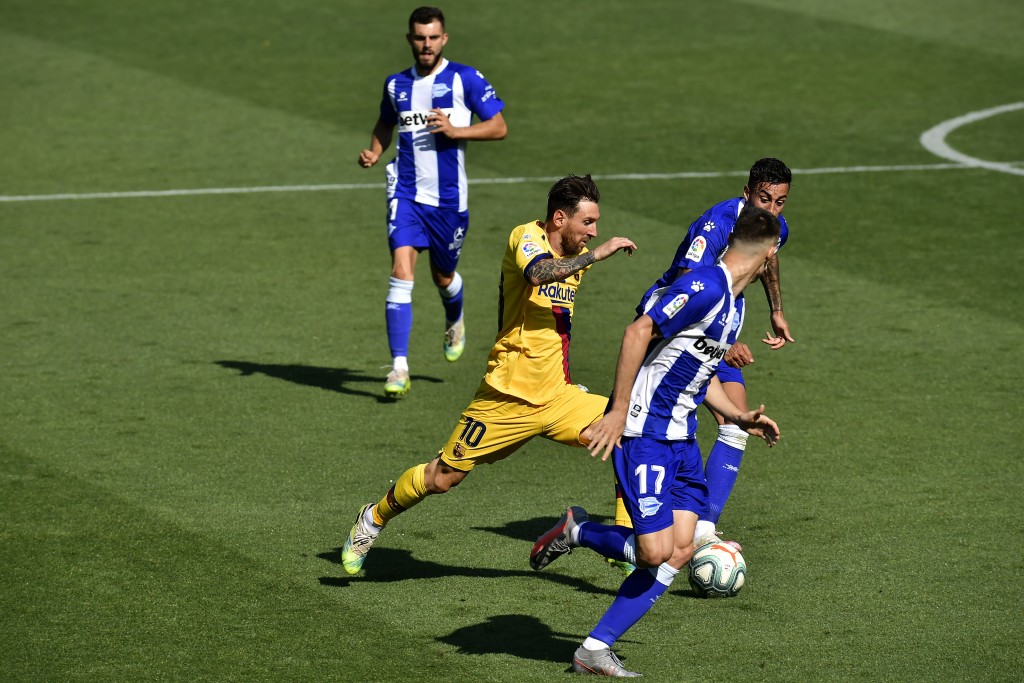 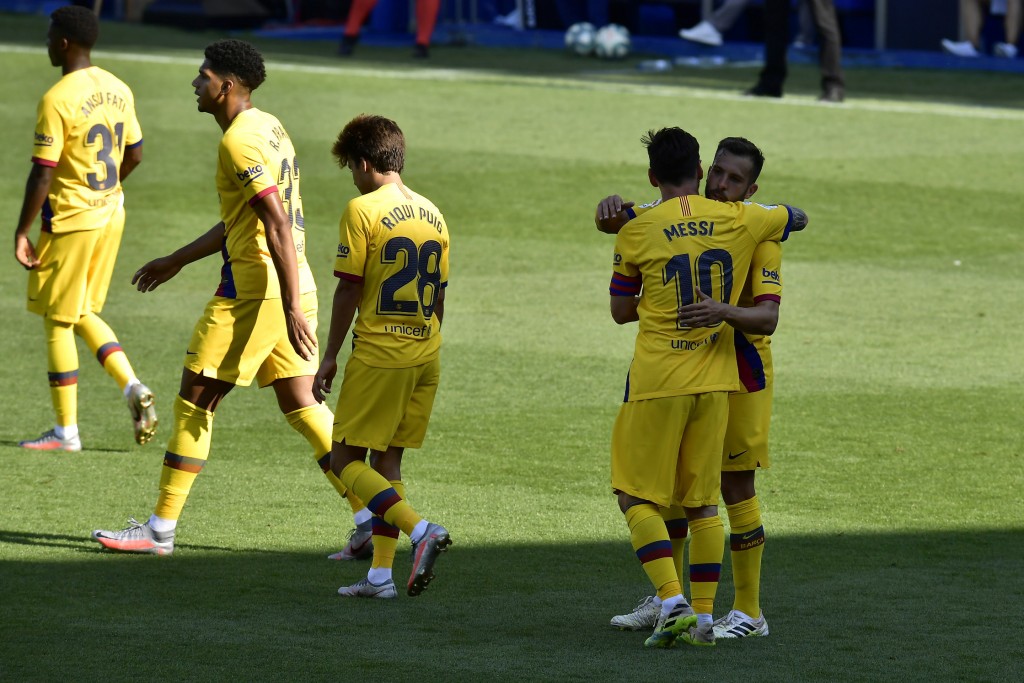 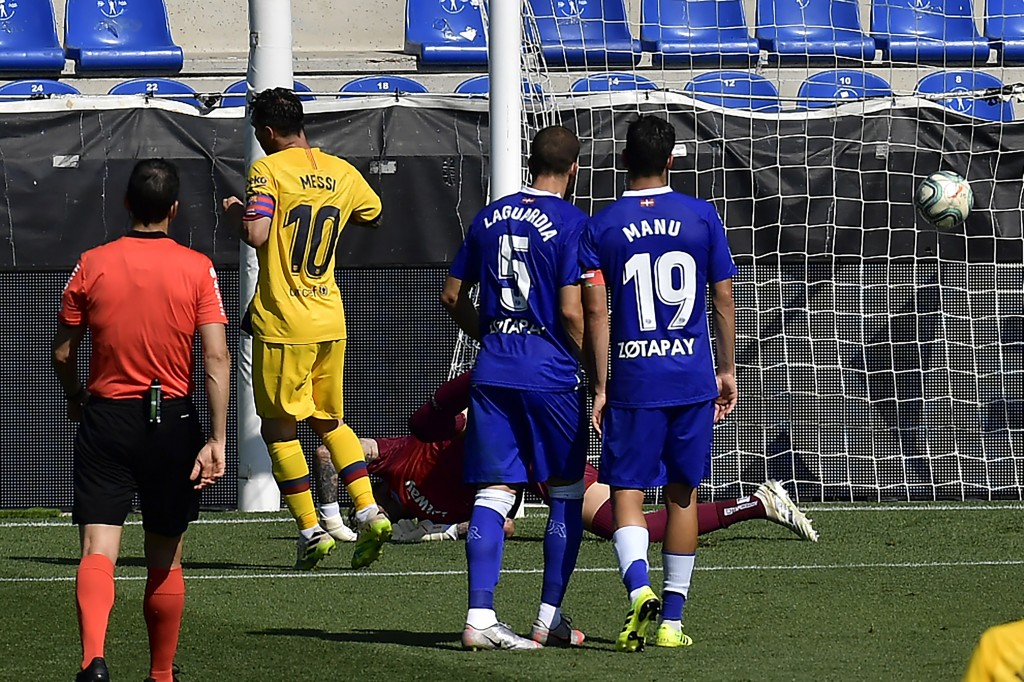 VITORIA, Spain (AP) — Lionel Messi scored twice as Barcelona closed out its Spanish league campaign with a 5-0 rout at Alavés on Sunday.

The goals moved Messi closer to becoming the first player to finish as the league’s top scorer in seven different seasons. He has 25 goals, four more than striker Karim Benzema for champion Real Madrid, which visits relegation-threatened Leganés later Sunday.

Fati opened the scoring in the 24th minute, Messi added to the lead 10 minutes later and Suárez closed the first-half scoring in the 44th. Semedo got on the board in the 57th and Messi in the 75th to help Barcelona rebound from a 2-1 home loss to Osasuna.

“Today things were different,” Messi said. “The team showed better attitude and commitment. It was an important step forward for us ahead of what's left in the season.”

Barcelona now turns its focus to its Aug. 8 home game against Napoli in the round of 16 of the Champions League. The first leg, played before the break, ended 1-1.

Messi was close to reaching the scoring milestone despite missing several matches because of an injury early in the season.

“Individual achievements are always secondary,” Messi said. “But it would be very important to reach this mark of seven scoring titles.”

Barcelona coach Quique Setién finished under pressure after the team relinquished a two-point lead over Madrid when the league resumed following the pandemic break. It was four points back before Madrid's match at Leganés.

Barcelona defender Clément Lenglet had to be substituted early in the second half because of an apparent muscle injury.

Alavés, sitting in 15th, had already done enough to stay up.