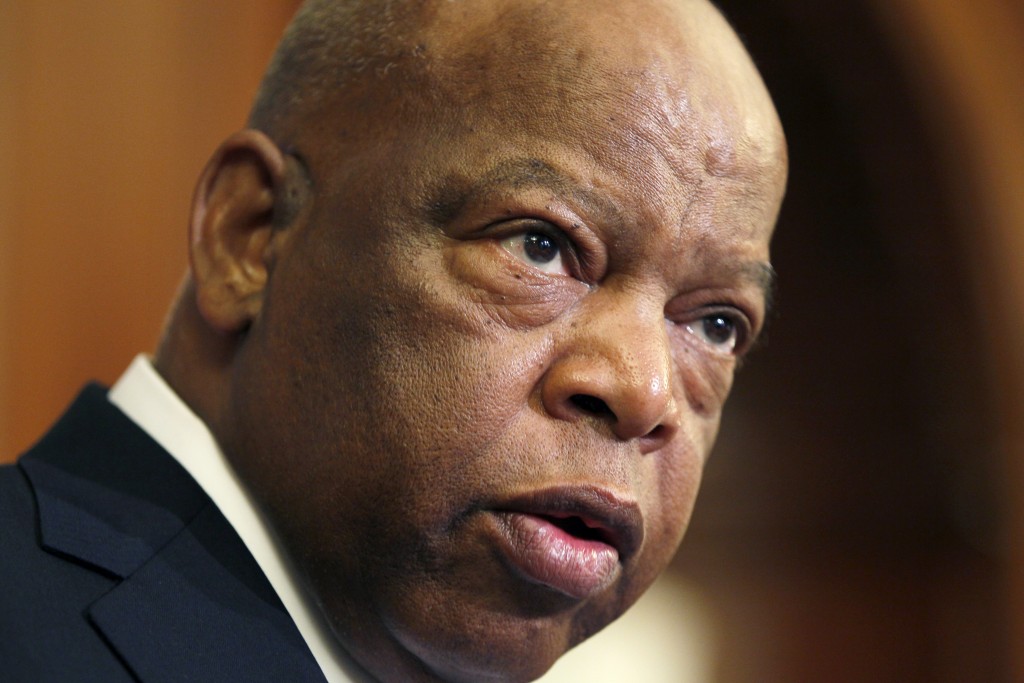 ATLANTA (AP) — Georgia Democrats will gather Monday to decide a replacement on November's ballot for U.S. Rep. John Lewis, who died Friday after serving for more than 30 years in Congress.

The seat will remain empty until Georgia Gov. Brian Kemp schedules a special election. The Republican governor has given no indication when he will hold an election with just over six months left in Lewis' term.

State law allows the Democratic Party to replace Lewis on the ballot in the 5th Congressional District, but the decision has to be made quickly for the district that includes much of the city of Atlanta.

The Democratic Party of Georgia is accepting applications for the nomination online until 6:30 p.m. Sunday.

The state party's executive committee will then meet Monday, choose a nominee and submit the name to the Georgia Secretary of State by 4 p.m. Monday.

The nominee will face Republican Angela Stanton-King in November. Stanton-King is a reality TV personality and was pardoned earlier this year by President Donald Trump for her role in a stolen car ring, after serving six months of home confinement in 2007.

Lewis won more than 84% of the vote when he last faced a Republican opponent in the district in 2016.

State law allows the governor to call a special election to fill the seat as long as he gives 30 days for candidates to register and campaign. But that would leave at most less than five months before the winner of the general election is sworn into office in January.

Funeral plans for Lewis have not been announced. Lewis, 80, died Friday, several months after he was diagnosed with advanced pancreatic cancer.

Kemp declared flags in Georgia will be at half-staff until sunset of the day of Lewis' funeral.