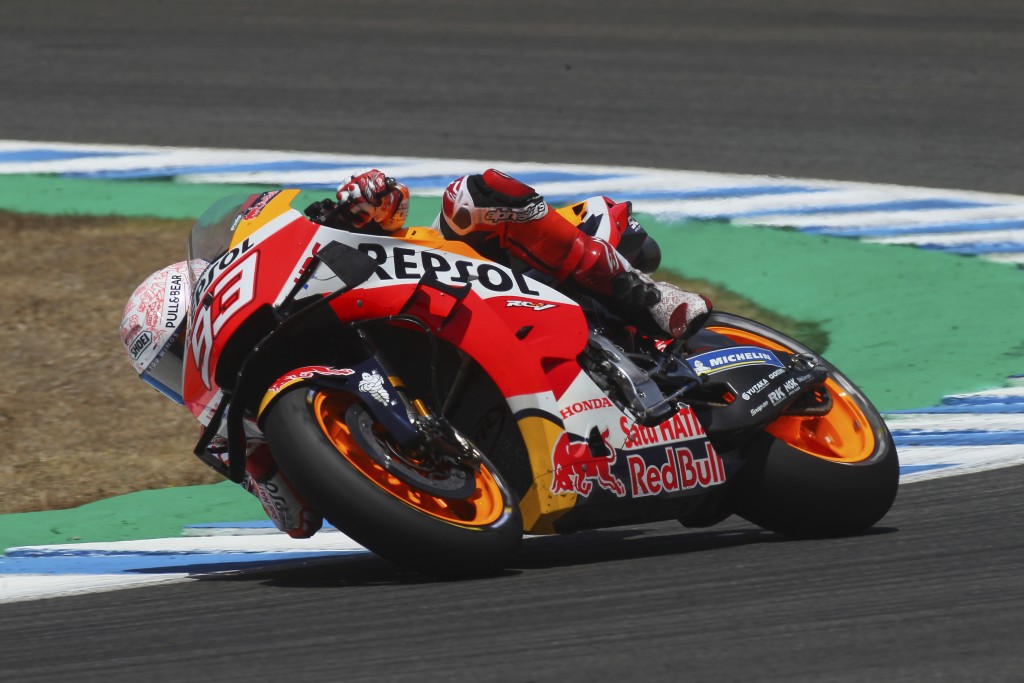 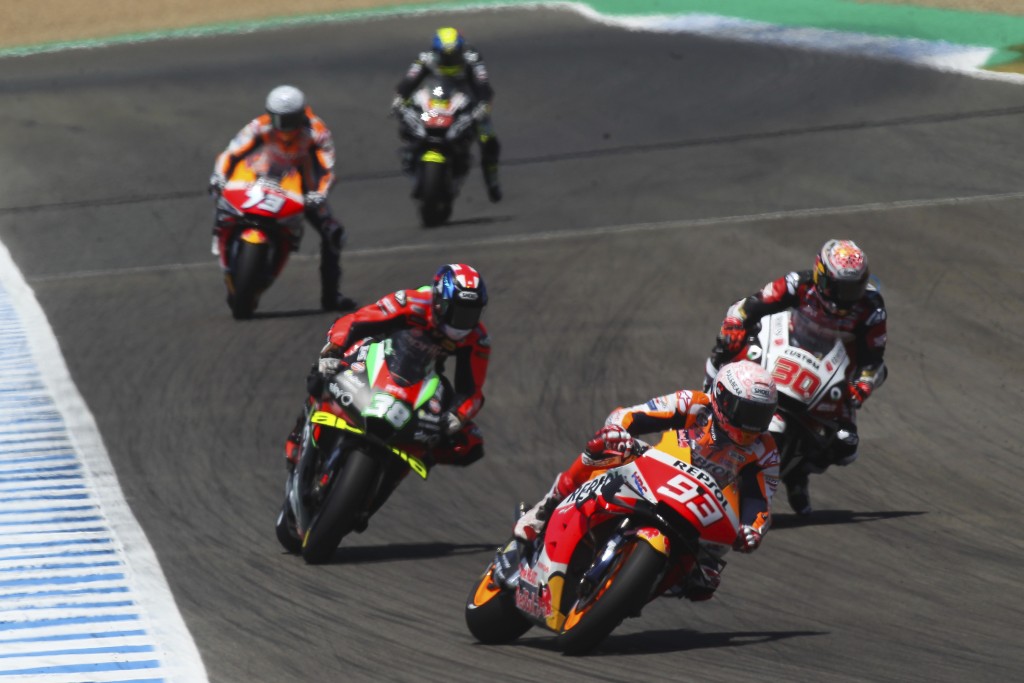 His Honda team said Márquez “suffered a transverse diaphyseal fracture to his right humerus” and is expected to undergo surgery on Tuesday in Barcelona.

The team said the 27-year-old Márquez will remain under observation for 12 hours but “no other serious head or thoracic trauma” was discovered.

The Spaniard went down hard with four laps to go and was carried off the track on a stretcher. He started third but had to come from behind after losing control of his bike and avoiding an earlier crash that put him back in the pack at the beginning of the race.

The team said Márquez's “recovery time is yet unknown."

Sunday's race — won by Frenchman Fabio Quartararo — was the first of 13 in a reduced calendar that was originally scheduled to start in March but was suspended because of the coronavirus pandemic.

The race was held without fans and under strict health controls.