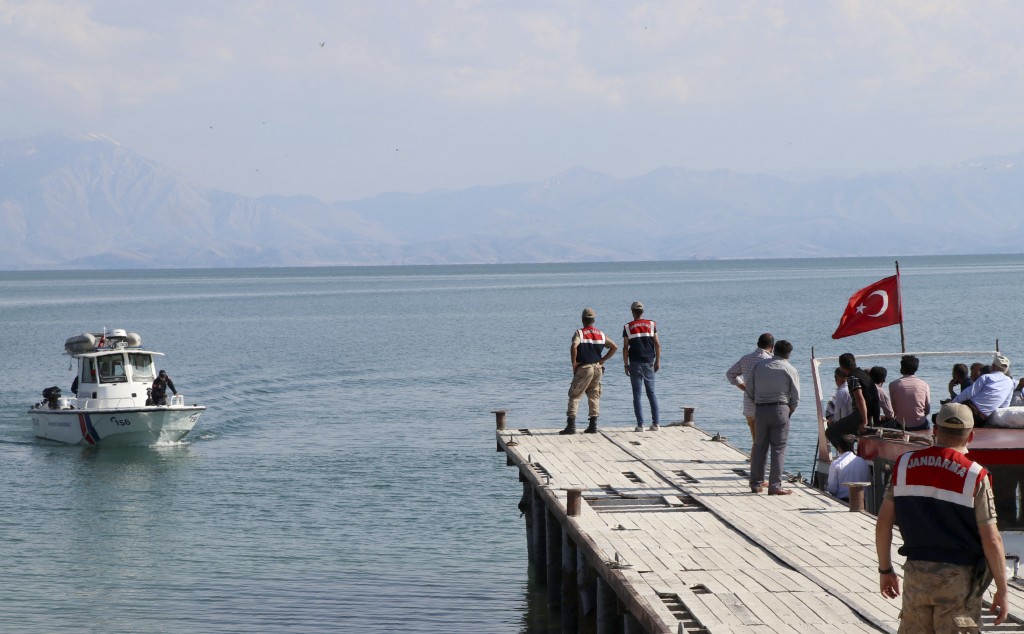 The Demiroren news agency reported that a total of 56 bodies have now been retrieved from the wreck lying 107 meters (351 feet) below the surface of Lake Van.

The boat was reported missing in stormy weather on June 27. Authorities estimated it was carrying between 55 and 60 migrants when it went down.

The lake is close to the border with Iran but lies within Turkey’s borders.

Authorities believe that smugglers are transporting migrants across the lake to avoid several police and military checkpoints in place on the traditional transit routes used to traffic migrants that cross into Turkey from Iran.

Turkey, which hosts about 3.7 million Syrian refugees, is a main crossing point for migrants trying to reach Europe.

Authorities have detained five people in connection with the tragedy and have removed a local administrator from office.

Media reports say the migrants are believed to be from Pakistan, Afghanistan and Iran.