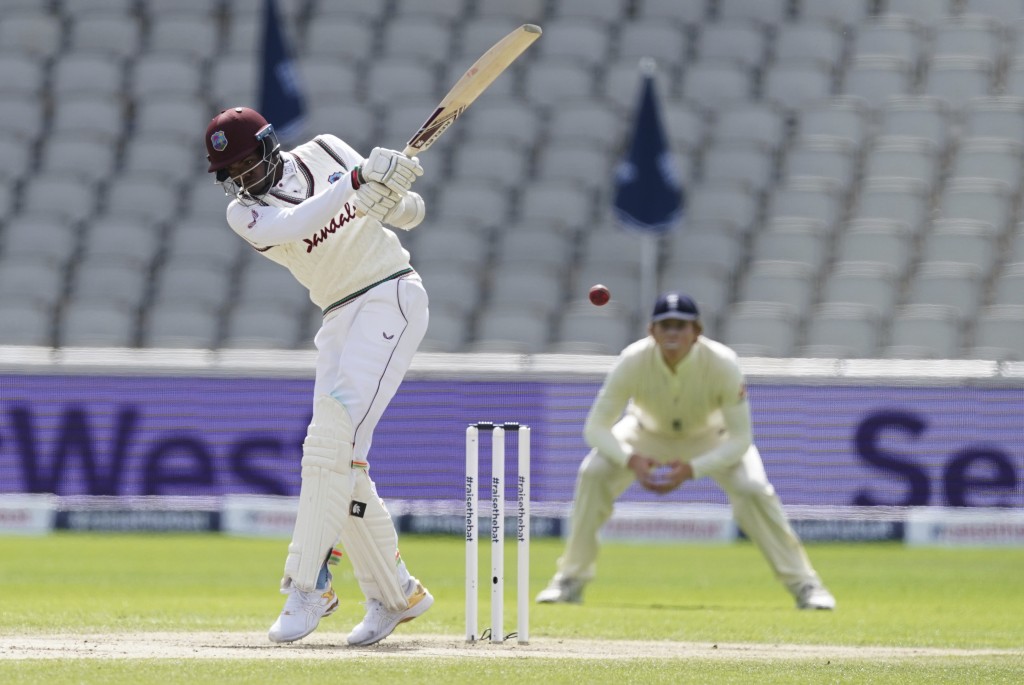 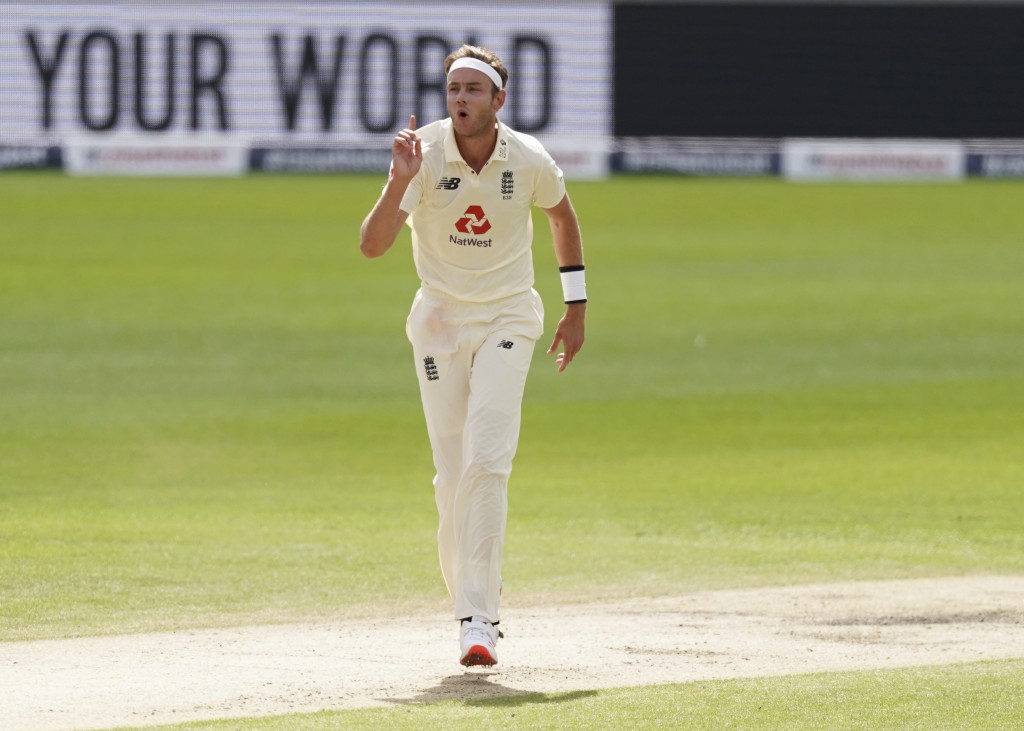 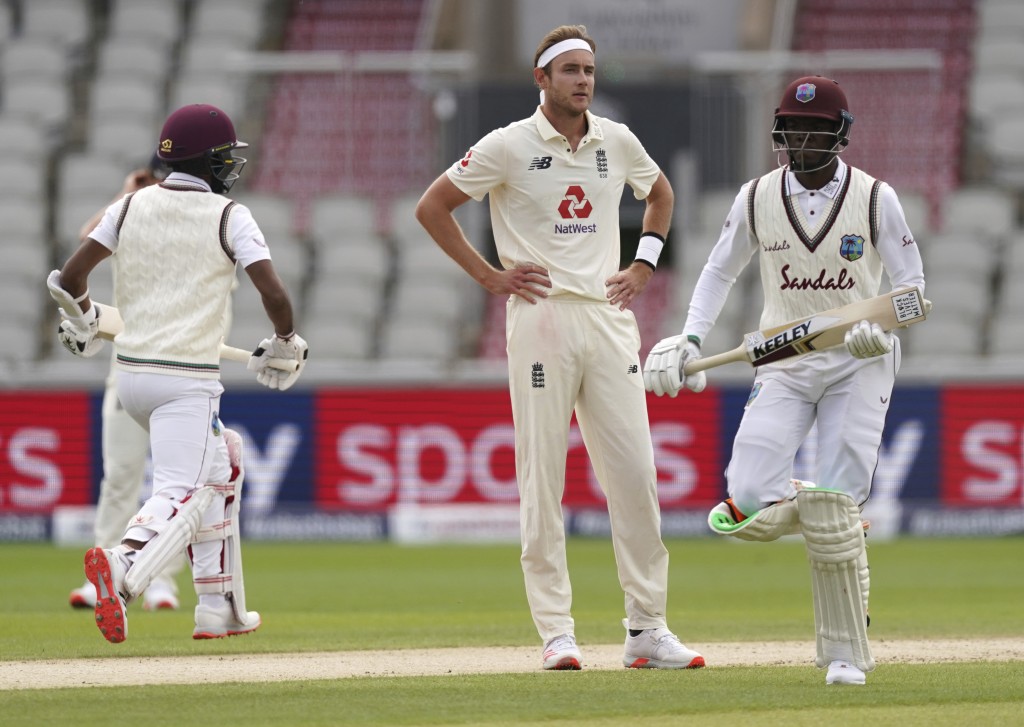 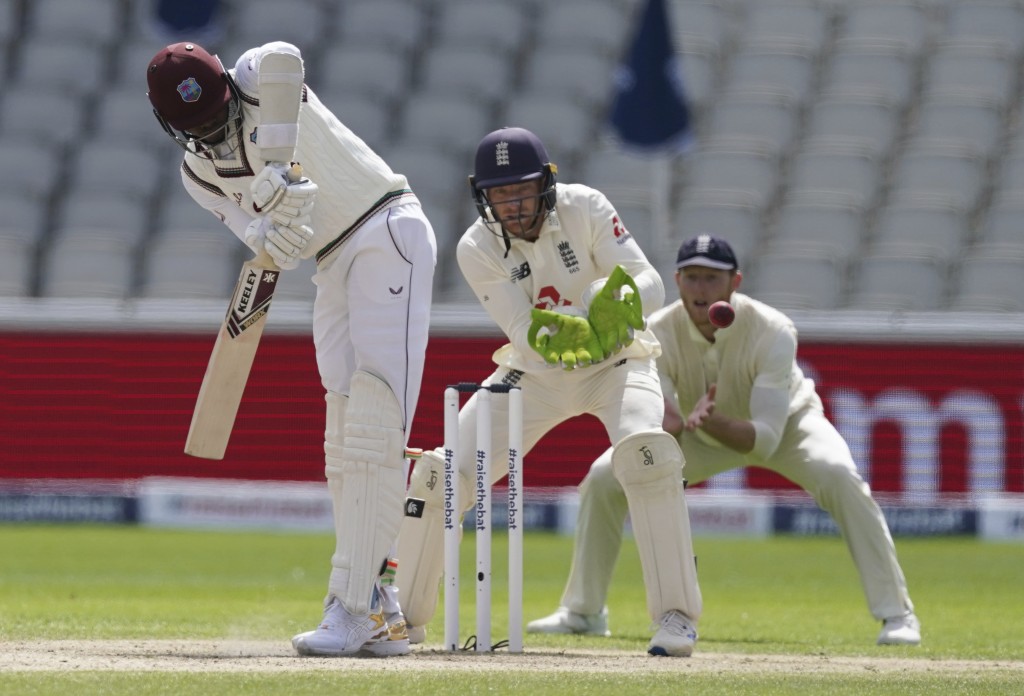 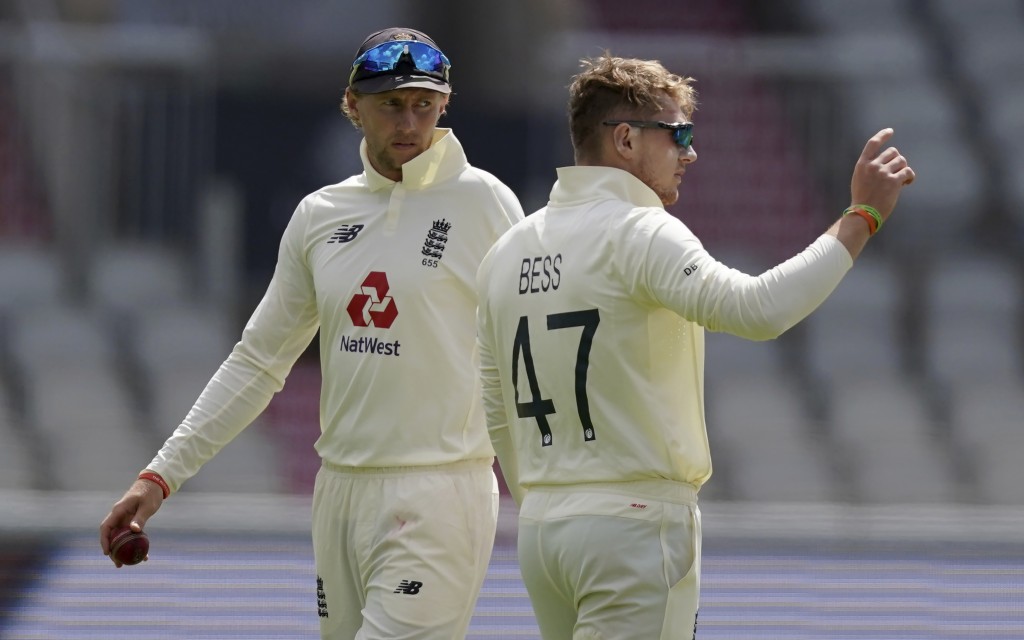 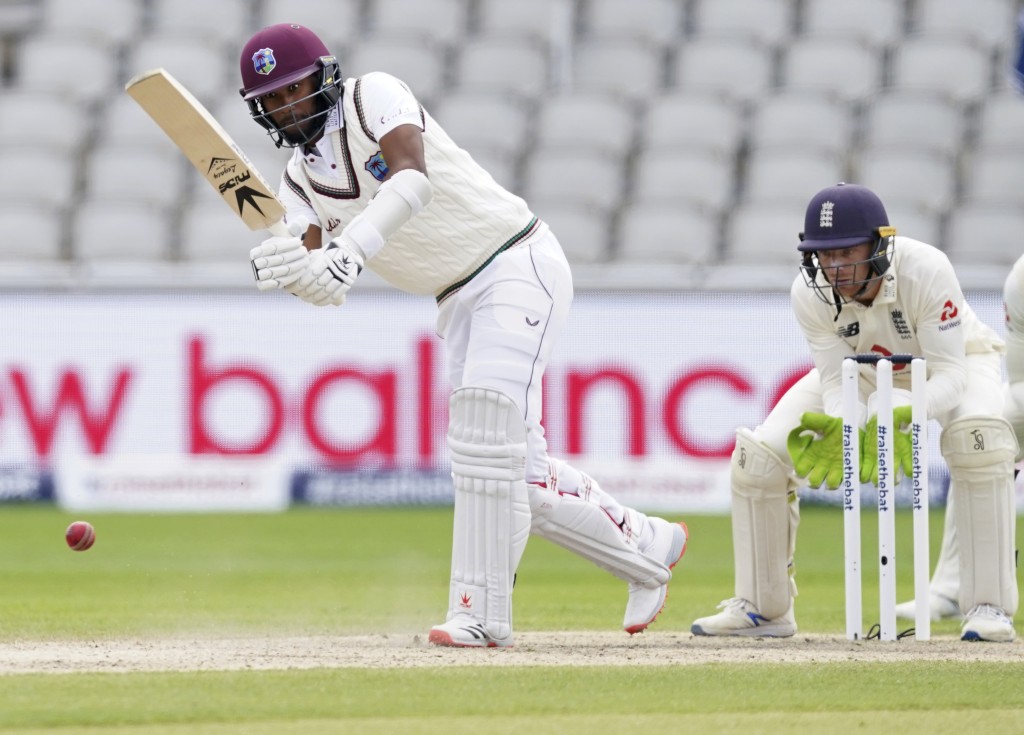 MANCHESTER, England (AP) — West Indies reached lunch on the fourth day on 118-2 in its first innings as England searched desperately for wickets to give itself a chance at a series-leveling victory in the second test on Sunday.

After Day 3 was washed out entirely by rain, England is left needing another 18 wickets in less than two days to win at Old Trafford, and may still have to bat again.

The home team's only breakthrough of the morning came when spinner Dom Bess had success with his second ball to remove Alzarri Joseph for 32.

West Indies, which continued on 32-1 in its first innings, moved steadily closer to its first target of 270, which would see the tourists avoid the follow on and make England's task even tougher. West Indies is 351 runs behind England's first-innings total.

England made 469-9 declared after 120 from opener Dom Sibley and 176 from Ben Stokes, and had control of the test. England also struck early in the West Indies reply to dismiss opener John Campbell and have the West Indians under pressure late on Friday.

But the weather on Saturday set England back and the West Indies batting was solid on Sunday morning.

Opener Kraigg Brathwaite was 41 not out at lunch and Shai Hope 25 not out for an unbroken partnership of 48. Brathwaite and Joseph earlier put on a 54-run stand before Joseph was caught one-handed at short leg by Ollie Pope off Bess.

West Indies won the first of three tests by four wickets in Southampton, the first cricket test to be played since the global coronavirus outbreak.