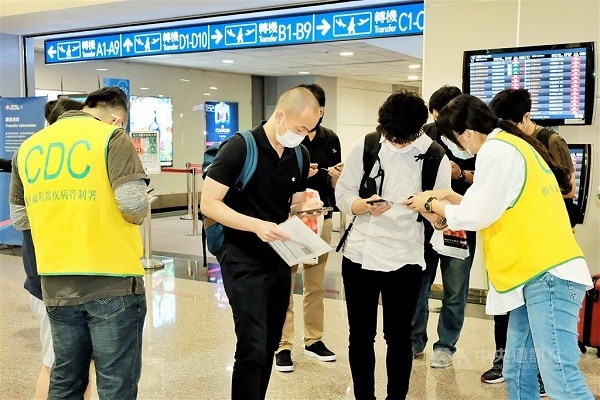 The Central Epidemic Command Center(CECC) on Sunday filed a police report regarding false allegations circulating on social media and by a local news outlet about a man who did not adhere to proper quarantine protocols roaming around Taiwan Taoyuan International Airport after entering Taiwan.

According to allegations by an unnamed media outlet, the patient did not adhere to mandatory quarantine regulations on arriving in Taiwan on Friday and walked around the airport,including visiting one of the food courts and the offices of Cathay Pacific Airways.

The CECC has asked the public to refrain from circulating the false allegation and handed the matter over to the police for further investigation, the command center said in a statement.

At a press conference in Taipei, CECC spokesman ChuangJen-hsiang (莊人祥), slammed the report saying the allegations were false.

Chuang said the man asked for permission from officials to hand over an item at one of the Cathay Pacific counters, but that took only 40 seconds and he was in quarantine in under an hour.

Both the man and the staff behind the counter were wearing masks at the time, Chuang added.

The man also washed his hands before handing the item over at the counter because according to regulations, hands must be washed after taking a test for COVID-19, Chuang said.

"He did not spend the night at the airport and he did not go into any offices," Chuang said.

The patient used to work for Cathay Pacific in Taiwan prior to 2018 before he went to Hong Kong to work for another company, Chuang said.

The man in his 40s is Taiwan's latest confirmed case of the coronavirus after his test result came back positive Sunday.

After developing symptoms of a dry cough and sore throat on July 15, the man returned to Taiwan on Friday with the intention of visiting relatives after last exiting the country in April, Chuang said.

However, on arriving in Taiwan, he informed health officials about his symptoms, Chuang said, adding that the man was tested and sent to be quarantined.

A total of 10 people have been identified as having had close contact with the man, including eight who sat near him on the flight, Chuang said.

The remaining two people are family members he lives with in Hong Kong and are not in Taiwan, Chuang said.

Of the 455 cases in Taiwan since the outbreak began late last year, 364 have been classified as imported, 55 as locally acquired, and 36 as a cluster infection on board a naval ship, an outbreak that was later confirmed to have originated in Taiwan.