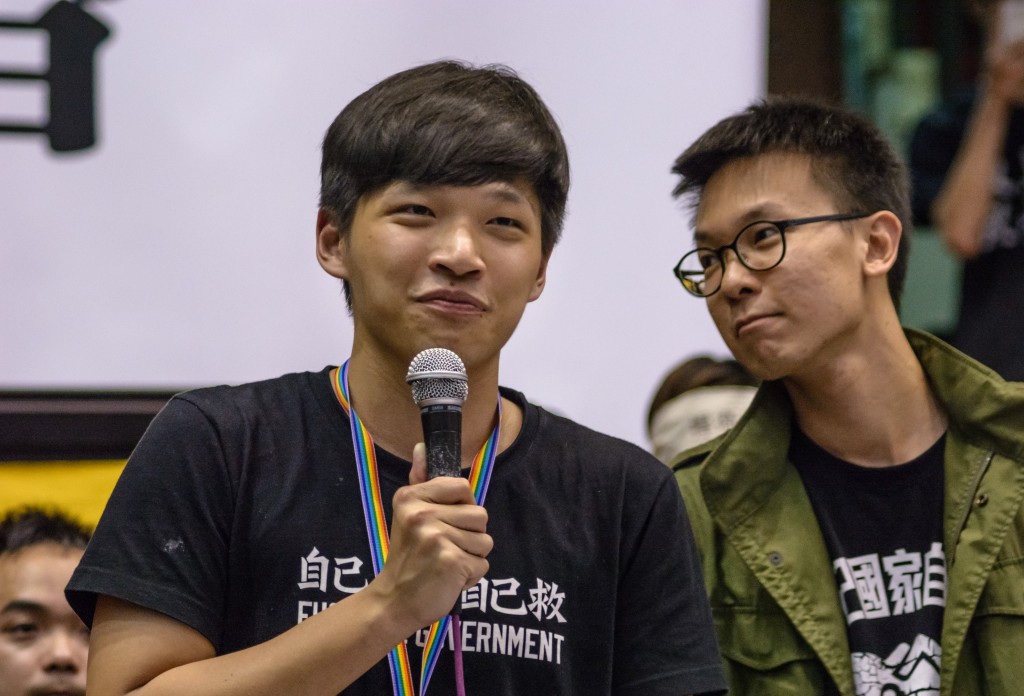 TAIPEI (Taiwan News) — The successful recall of Kaohsiung Mayor Han Kuo-yu (韓國瑜) last month was undoubtedly a massive undertaking that not only is the first time a Taiwanese city’s mayor was voted out of office, but also serves as a reminder that the nation's youth are a force to be reckoned with.

What began as a largely symbolic movement that many Taiwanese thought would soon fade away snowballed into a powerful political event that altered the course of the nation’s history for the better. This is not the first time that the younger generation has brought about change through protests and dissidence; since the 1990s, all of Taiwan’s major political movements have been led by the youth.

On March 16, 1990, university students staged a six-day demonstration at what is known today as Liberty Square calling for full-fledged democracy. Although Chiang Ching-kuo (蔣經國) had ended martial law just three years earlier, Taiwan had many vestiges of the brutal period still in place.

Thus, the students demanded direct elections for the nation’s president and vice president, as well as popular elections for representatives in the now-defunct National Assembly. The small group of students quickly amassed into a crowd of approximately 22,000 people.

The demonstration, more commonly known as the Wild Lily Student Movement, quickly gained traction, and after six days, President Lee Teng-hui invited 50 students to the Presidential Office. He publicly supported the students' demands and pledged to work towards full democracy for Taiwan.

In the years that followed, the nation became more politically transparent, with a blossoming democratic system. The students’ endeavors had come to fruition.

On Nov. 6 of that year, the Wild Strawberry Movement erupted after China’s Association for Relations Across the Taiwan Straits (ARATS) Chairman Chen Yunlin visited the nation two days prior. Initial objections were aimed at Chen’s visit and concerns of cross-strait relations warming too quickly.

However, police response to these demonstrations became increasingly repressive, with national flags being confiscated and certain songs prohibited. Students soon began voicing opposition to unfair treatment by the police and flaws in Taiwan’s Parade and Assembly Act.

Around 400 students gathered in front of the Cabinet building and held a sit-in calling for a number of actionable items:

Other sit-ins began taking place around Taiwan over the following days. Minor amendments to the Parade and Assembly Act were implemented, but ultimately, the movement’s demands were not fully met.

Nevertheless, this event proved once again that the youth could quickly mobilize and organize events to express their concern towards political issues that arise.

By 2014, Ma’s pro-China policies began losing their attractiveness as the nation’s economy became increasingly dependent on China. Many Taiwanese became worried that the nation would soon be unified economically with the communist country.

However, it was not until the Kuomintang’s (KMT) attempt to rush the ratification of the Cross-Strait Service Trade Agreement (CSSTA) on March 18 of that year — which was aimed at liberalizing trade in services between Taipei and Beijing — that things came to a head. The following night, a large group of students and other protestors broke into the Legislative Yuan to voice opposition to the KMT’s suspiciously opaque method of trying to pass the CSSTA, demanding the agreement be nixed.

To everyone’s surprise, the occupation of the government building lasted for nearly a month after waves of supporters contributed to the movement, filling up neighboring streets. Students worked together to broadcast their grievances across the nation and all over the world.

On March 30, hundreds of thousands of people gathered at Ketagalan Boulevard to protest the CSSTA. Finally, on April 10, the students left the building after the Legislative Speaker Wang Jin-pyng (王金平) paid a visit to the parliamentary chamber and pledged to postpone review of the trade pact until better monitoring of cross-strait agreements had been established.

This momentous demonstration was proof that the youth had the ability to mobilize and sustain an organized protest that could alter the course of Taiwan’s political development. Out of this protest, many figures rose to prominence including Lin Fei-fan (林飛帆) and Chen Wei-ting (陳為廷), while a political party was established in the wake of the occupation: The New Power Party.

Much like the Sunflower Movement, no one expected June’s anti-Han movement would be so successful. Many assumed the demonstrations would fizzle out, as Han had a strong base of support and was intent on remaining Kaohsiung’s mayor.

Civic groups like Wecare Kaohsiung worked hard to make this historic achievement possible. It was obvious that Han’s disappointing presidential campaign and lack of concrete governmental policies made him wear out his welcome.

The recent KMT occupation of the Legislative Yuan, which was anticipated to exceed three days, and Friday’s scuffle are also very telling signs of just how impactful Taiwanese youth have been on the nation’s politics. It is clear the KMT legislators wanted to invoke the same feelings of dissidence and youthfulness, but they failed miserably.

Though the contexts and motives behind these two protests are vastly different, the very fact that the group of KMT legislators attempted to emulate the spirit of the movement demonstrates how successful the student movement was and how powerful the youth can be. Whereas the Sunflower Movement had set new political precedents and far exceeded the Taiwanese public’s expectations as to how long it would last, the KMT’s feeble attempt at protesting had no legitimate or justifiable basis and could not even last three days.

As we begin to see the consequences of China’s Hong Kong national security law play out, it is quite clear that the autonomous territory’s freedoms are rapidly being eroded, and soon the much-coveted “one country two systems” will be a thing of the past. Hong Kong’s demise will be a major impetus for Taiwanese youth to continue safeguarding the island nation’s democracy.

It will be clear to the younger generation that they must not take liberty for granted.

Therefore, no matter how much we may complain and nitpick about the youth, their courage and tenacity will continue to steer the nation in the right direction and will leave significant impacts in Taiwan’s history. Our future lies in their hands; we cannot underestimate them.