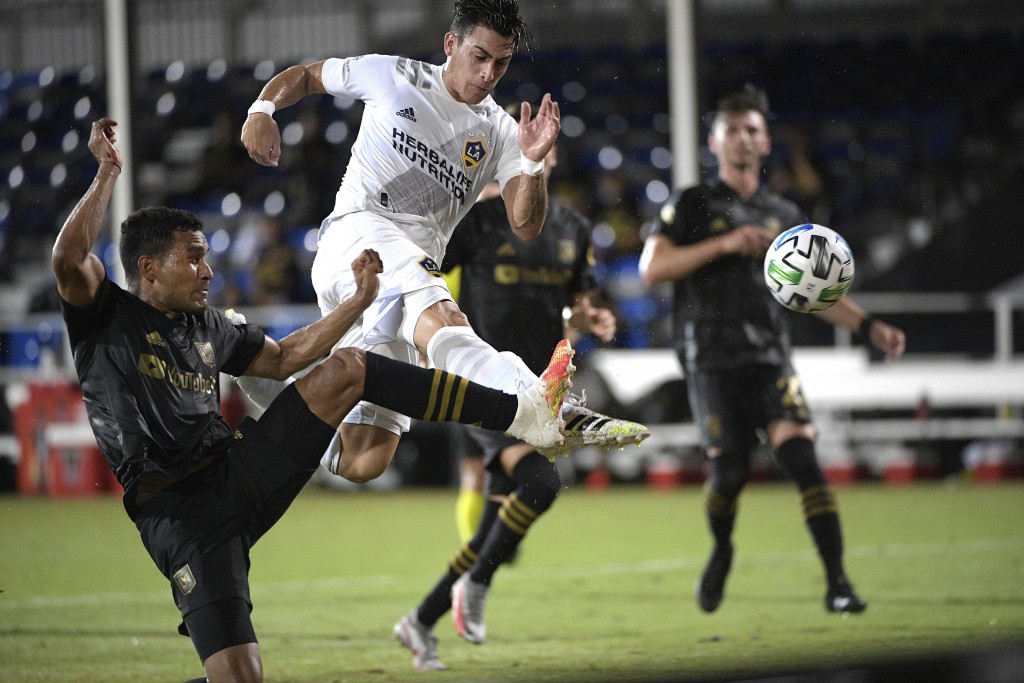 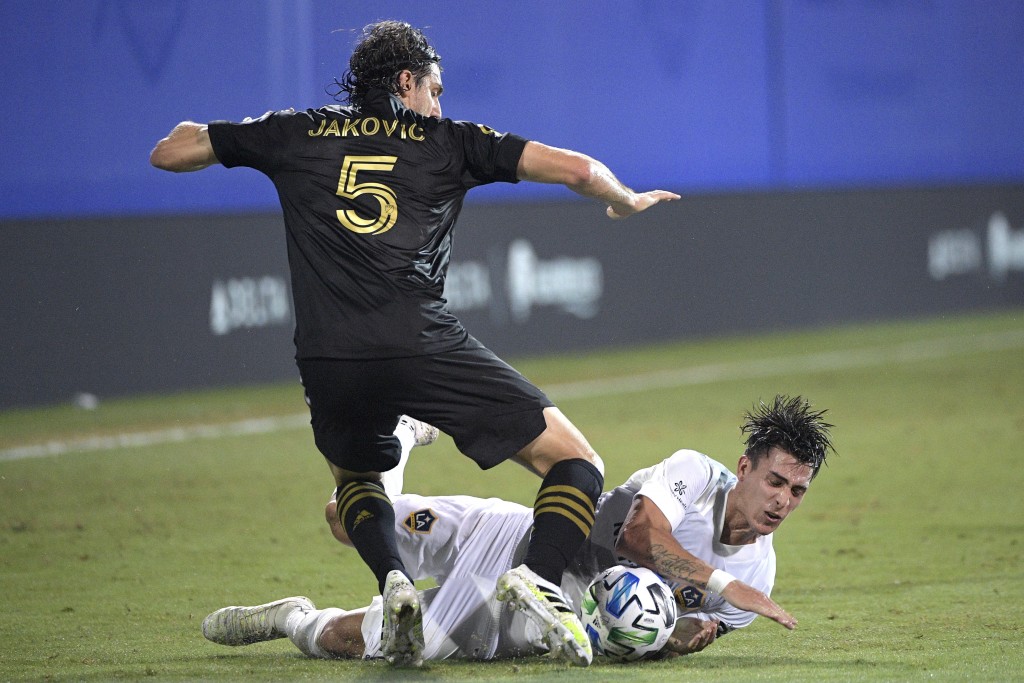 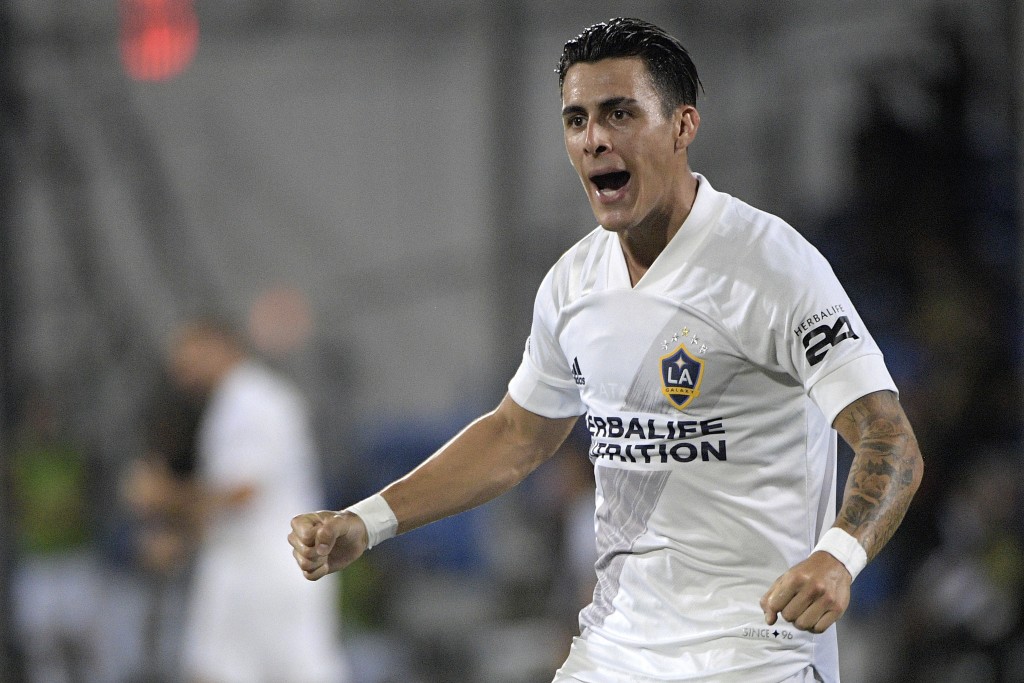 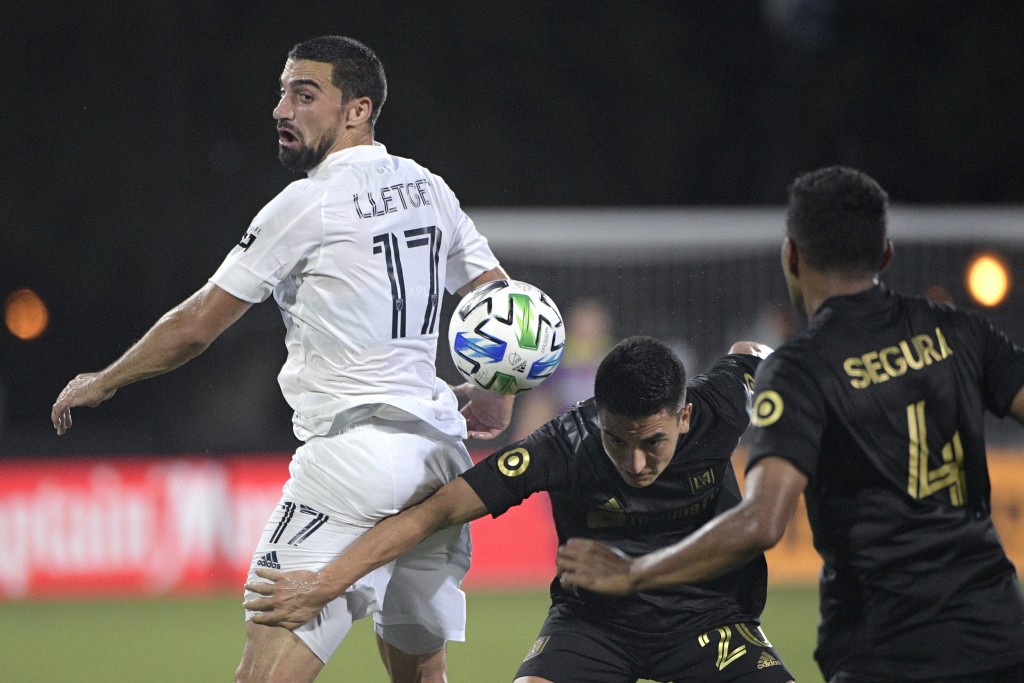 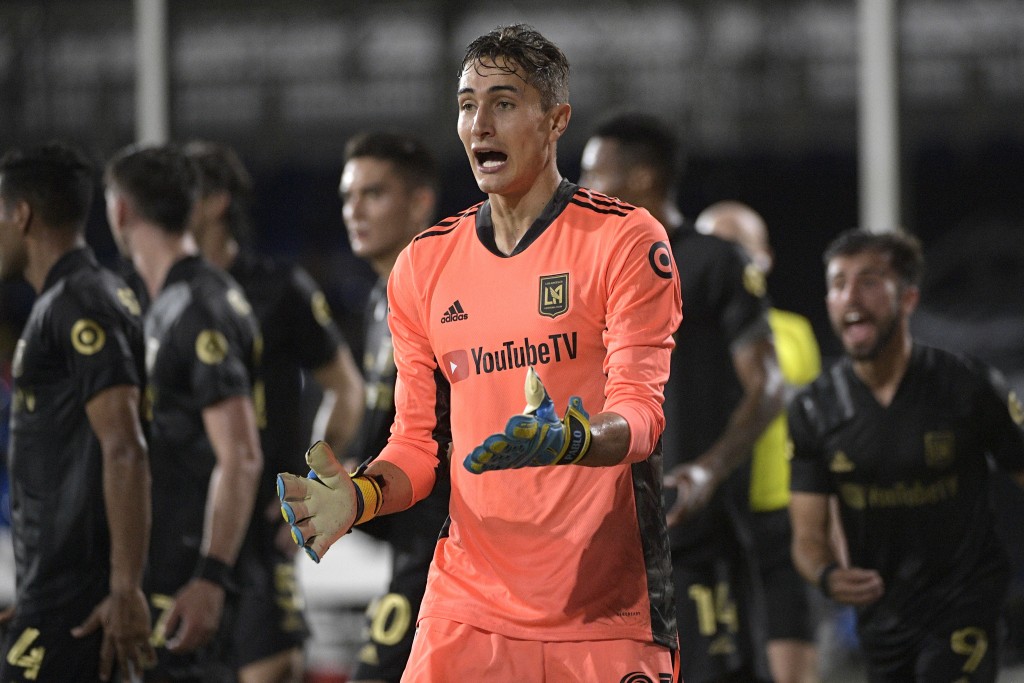 Bradley Wright-Phillips and Mohamed El-Munir also scored for LAFC, who got their first win in six regular-season matchups against the Galaxy. LAFC had their first win over their rivals in last season's Western Conference semifinal.

The seventh edition of El Trafico was played more than 2,500 miles away from Los Angeles and without the crazy legions of fans from both teams due to the coronavirus pandemic.

LAFC has likely advanced to the knockout stage in the World Cup-style tournament, It is second in Group F with four points and has a plus-four goals differential. It will face Portland on Thursday and can clinch the top spot in the group with a win.

The Galaxy, who were missing star forward Javier “Chicharito” Hernandez due to a calf injury, have likely been eliminated from advancing after losing their first two games and with a minus-five goals differential.

The Galaxy's goals came on an own goal by LAFC's Latif Blessing and a penalty kick by Cristian Pavon.

The game was tied at two at halftime before LAFC put it away. Wright-Phillips scored the go-ahead goal in the 56th minute with a blast from near the top of the box. Wright-Phillips, who has two goals in the tournament, got a half yard of separation and was able to bend it past Galaxy defender Giancarlo Gonzalez and goalkeeper David Bingham.

Rossi made it a two-goal advantage in the 76th minute on a breakway and El-Munir added to the deficit with a shot from just outside the box 5 minutes later.

Rossi completed the scoring in the last minute of stoppage time with a wide-open net after a crossing pass by Francisco Ginella.

The Galaxy took a 1-0 lead in the fifth minute after Sebastian Lletget's crossing pass went off Blessing's leg for an own goal. It is the third own goal of the tournament.

The teams then traded goals on penalty kicks. Rossi evened it at one 8 minutes later when LAFC received a penalty kick after Wright-Phillips was held by Galaxy midfielder Perry Kitchen and went to the ground in the box during a corner kick.

The Galaxy regained the lead in the 31st minute when Pavon beat LAFC goalie Pablo Sisniega on the left side on the retake of a penalty kick. Pavon was stopped on his first attempt, but the referee ruled that Sisniega came off his line early.

LA was awarded the penalty after LAFC's Dejan Jakovic made a high tackle on Joe Corona.

LAFC was able to even it going into halftime when Rossi drove in a rebound after Bingham was unable to make the save on Wright-Phillips' shot.

LAFC, which won the Supporters Shield last season for most points during the regular season, is 2-0-2 this season. The Galaxy tied Dallas FC in its regular-season opener but has dropped three straight.