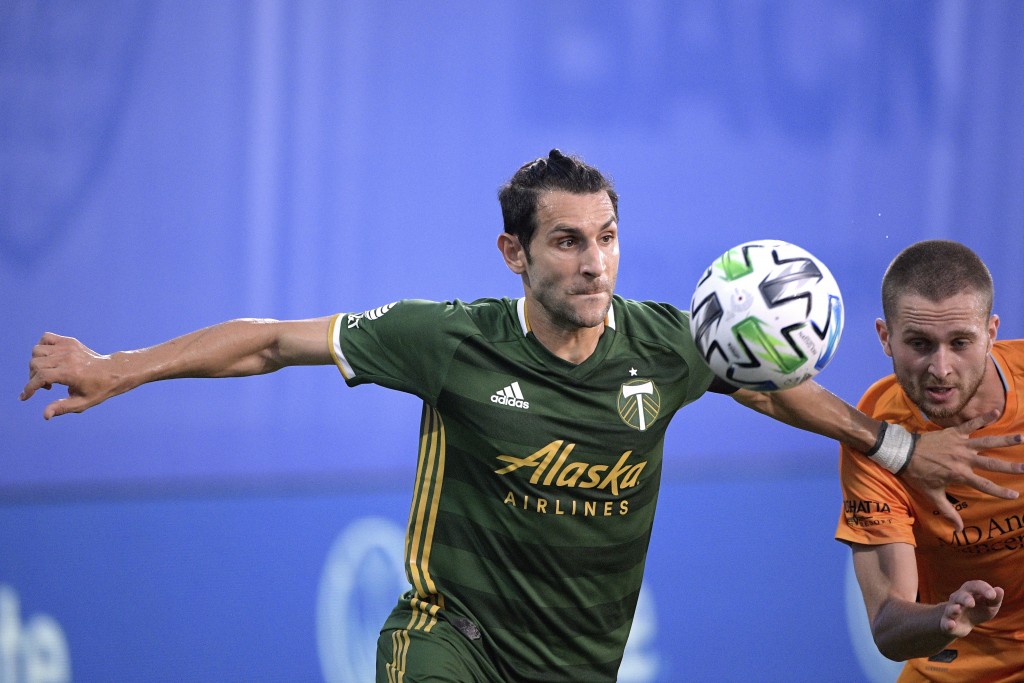 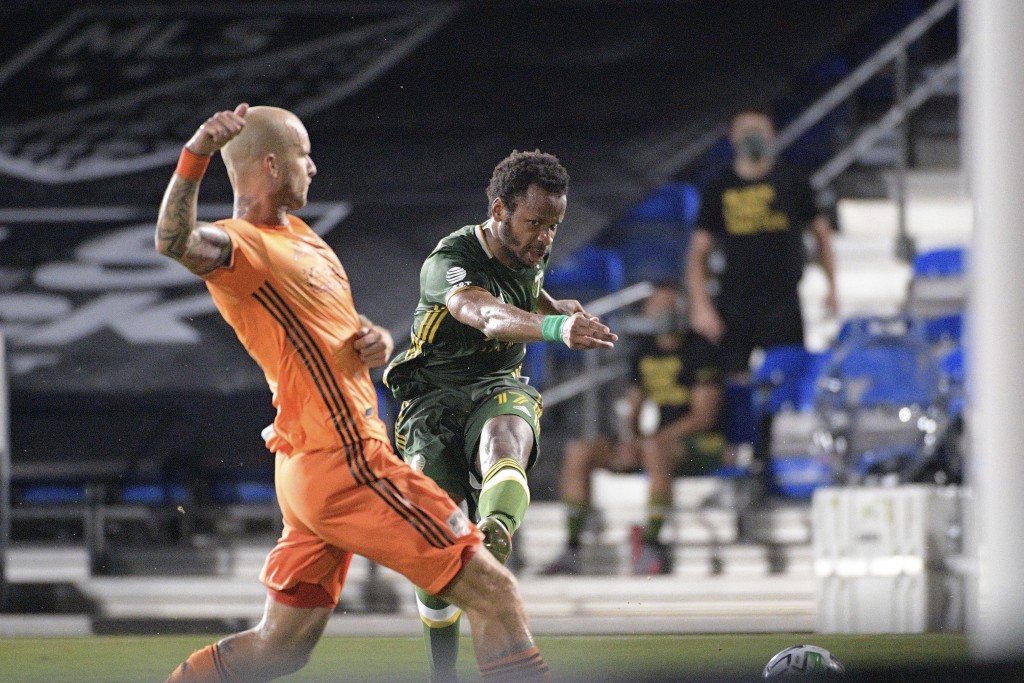 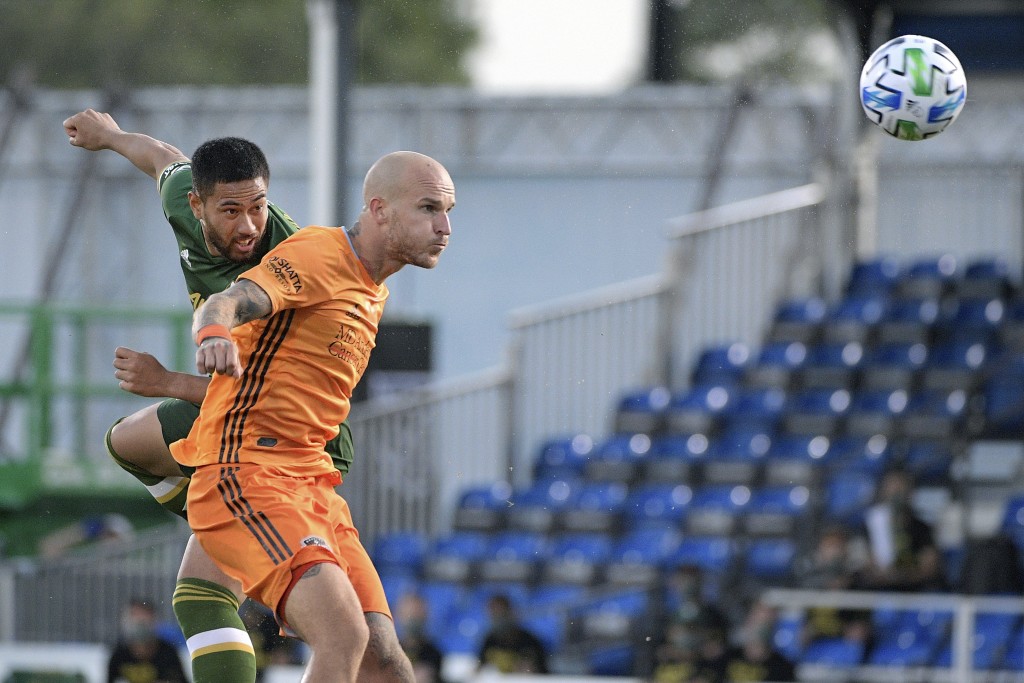 LAKE BUENA VISTA, Fla. (AP) — Jeremy Ebobisse and Diego Valeri scored and the Portland Timbers clinched a spot in the knockout round of the MLS is Back tournament with a 2-1 victory over the Houston Dynamo on Saturday night.

With a pair of wins to open the World Cup-style tournament, the Timbers have secured one of the top two spots in Group F going into Thursday's match against the Los Angeles Football Club.

Alberth Ellis scored on a penalty kick for the Dynamo, who have one point through two matches. They would need a win over the LA Galaxy on Thursday to have any hope of advancing.

Valeri's score in the 61st minute not only gave the Timbers breathing room, but puts him one goal away from becoming the third player in MLS history to record 80-plus goals and 80-plus assists in their career during the regular season.

Valeri took a crossing pass from Eryk Williamson at the top of the box, shook off pressure from Houston's Aljaz Struna and placed a left-footed shot into the bottom right corner. It is the Argentine's third goal of the season.

The Dynamo pulled within a goal in the 86th minute when Elis converted a penalty kick, which was awarded after Portland's Jorge Villafaña was called for a handball in the box. Ellis, who has two goals in the tournament, received his second yellow card of the match two minutes later as Houston played a man down the remainder of the match.

Portland opened the scoring in the 35th minute when Sebastian Blanco split the midfield in transition and lofted a pass to Ebobisse to the left side of the box. The Timbers forward then beat two Houston defenders and fired a left-foot strike that eluded Houston goalkeeper Marko Maric and found the bottom right corner.

It is Ebobisse's second goal in the tournament and his second in five career matches against Houston.

Houston had a chance to even it three minutes later, but a wide open Elis placed it wide right in the center of the box after getting the feed from Darwin Quintero.

Portland's Steve Clark made three saves and Maric five. The Timbers had a 7-4 edge in shots on target.

The Timbers opened tournament play with a 2-1 win over the LA Galaxy and have won three straight this season after dropping their opener to Minnesota. The Dynamo (0-2-2) are still searching for their first win under coach Tab Ramos, the former coach of the national under-20 squad.