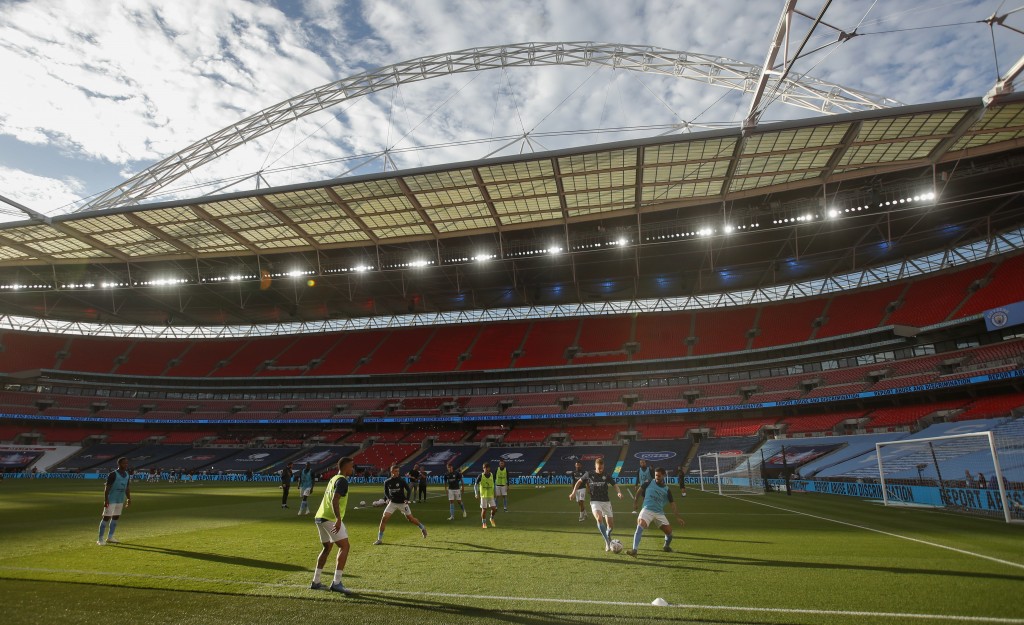 After Arsenal's 2-0 victory over holder Manchester City on Saturday, it's the second FA Cup semifinal at Wembley Stadium between Chelsea and Manchester United. Chelsea could be overtaken in third place in the Premier League earlier Sunday when Leicester plays at Tottenham in its penultimate match of the season. Leicester is a point behind Chelsea after throwing away its strong grip on the Champions League places from before the pandemic-enforced shutdown of the league. Seventh-place Tottenham is chasing Europa League qualification. In the day's other Premier League game, Bournemouth has a chance of climbing out of the relegation zone with a victory over Southampton.

Leganés will be hoping that Real Madrid takes it easy on the final day of the Spanish league when the already crowned champions cross the capital to visit the Butarque Stadium. Gareth Bale has been left out of Madrid’s squad in the latest setback for the Wales star who is out of favor with club manager Zinedine Zidane. Javier Aguirre’s Leganés needs to beat Madrid and hope that Celta Vigo doesn’t win at last-place Espanyol. Madrid will be aiming to complete the season with an 11th straight win since play resumed after a three-month stoppage for the coronavirus pandemic. Real Sociedad, Getafe, Valencia and Granada will all be aiming for a Europa League berth on the final day. Second-place Barcelona ends a disappointing finish at Alavés.

Inter Milan can boost its faint title hopes when it visits Roma. Juventus has been stuttering of late and victory for Inter would take it to within three points of the defending champion, which has a tricky match against fourth-place Lazio on Monday. Roma is looking to keep its grip on a Europa League spot. Seventh-place Napoli has already qualified for Europe after winning the Italian Cup. It hosts relegation-threatened Udinese. At that end of the table there’s a tough relegation fight as 17th-place Genoa hosts 18th-place Lecce with just one point separating the teams. The bottom two also face each other as Brescia entertains Spal with the two almost certain to go down. Also, its: Parma vs. Sampdoria and Fiorentina vs. Torino.