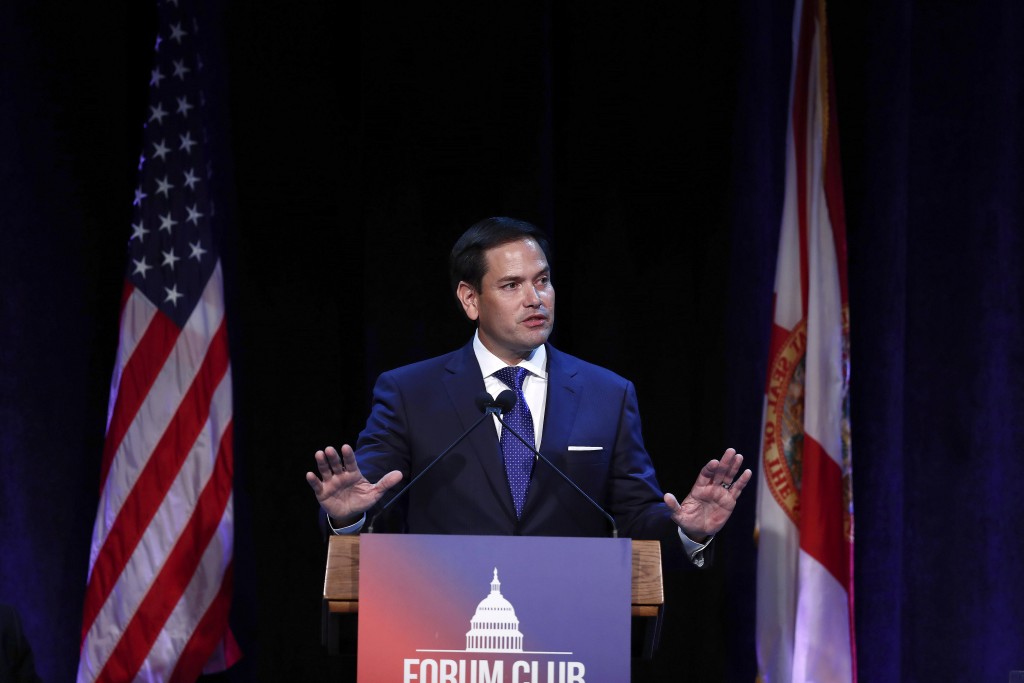 The Republican senator quickly replaced the tweet with a new post in which he acknowledged the error and displayed a video of himself with Lewis, a Democratic lawmaker who died Friday at the age of 80.

"Earlier today I tweeted an incorrect photo," Rubio wrote in the updated post. “John Lewis was a genuine American hero. I was honored to appear together in Miami 3 years ago at an event captured in video below. May God grant him eternal rest.”

Lewis, a Democrat from Atlanta, was the last survivor of the Big Six civil rights activists, led by the Rev. Martin Luther King Jr. He was best known for leading 600 protesters in the 1965 Bloody Sunday march across the Edmund Pettus Bridge in Selma, Alabama. Lewis was knocked to the ground and beaten by state troopers. Televised images forced the country’s attention on racial oppression.

Cummings, a fellow civil rights activist who won 12 terms in Congress representing a district in the state of Maryland, died in October at age 68.