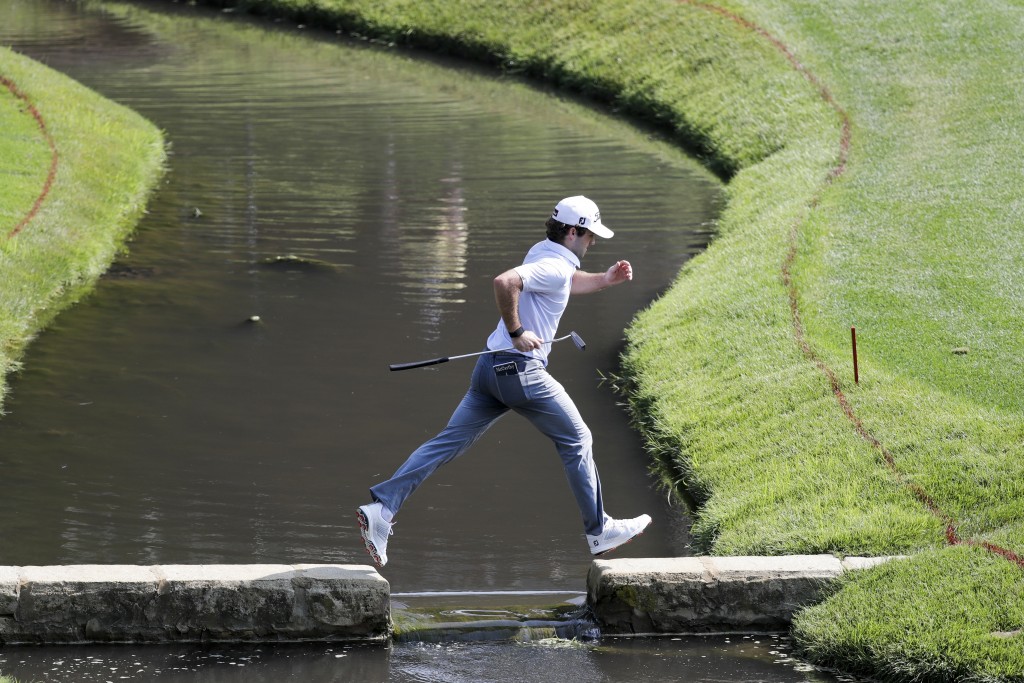 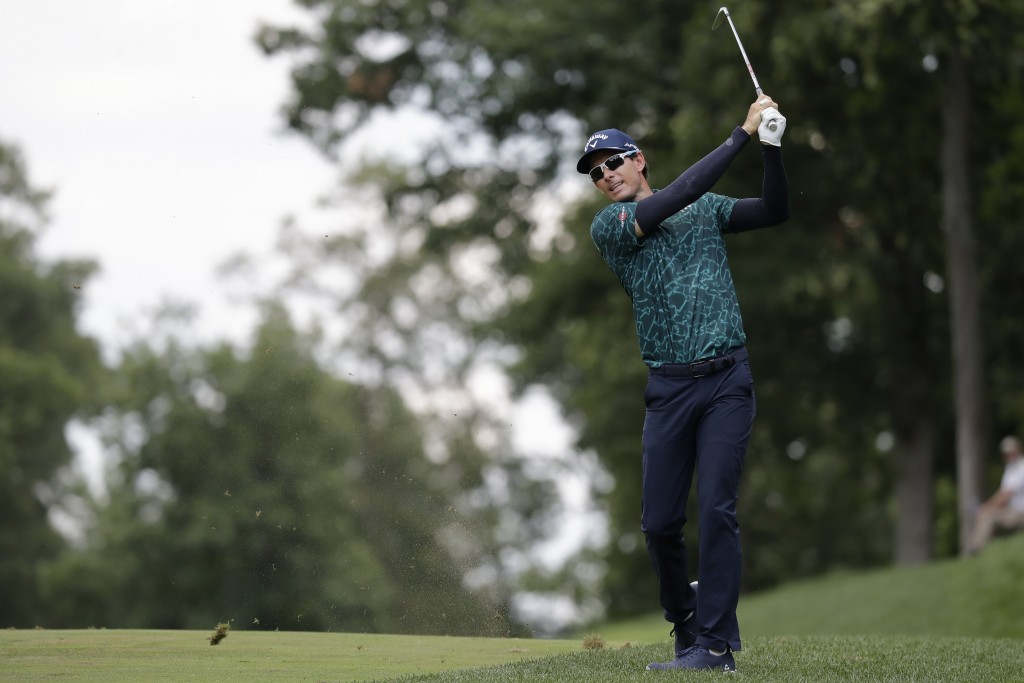 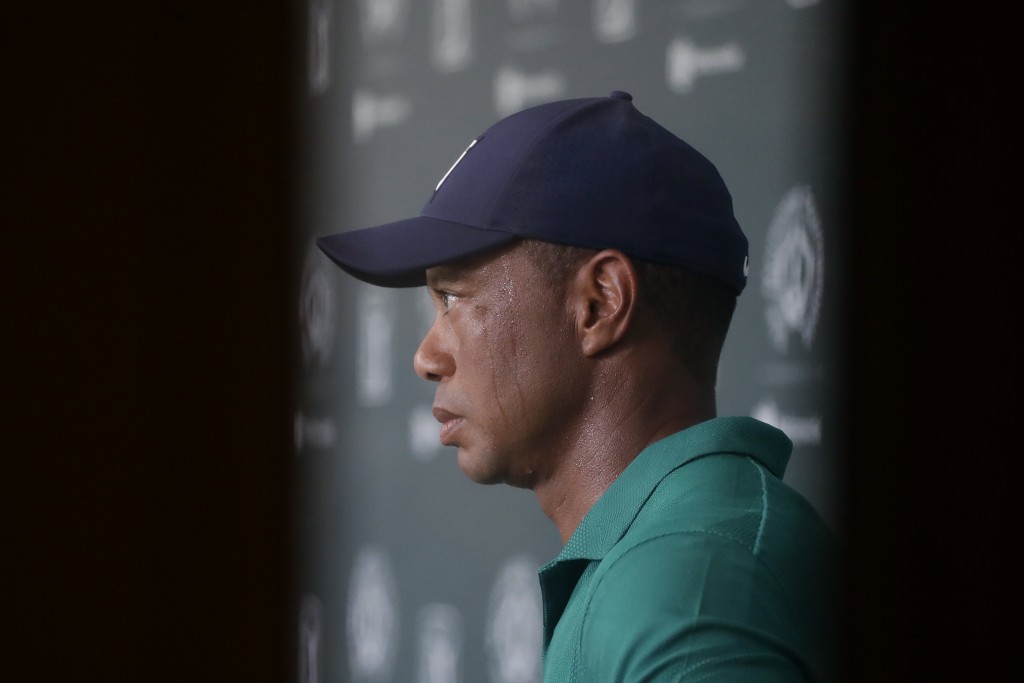 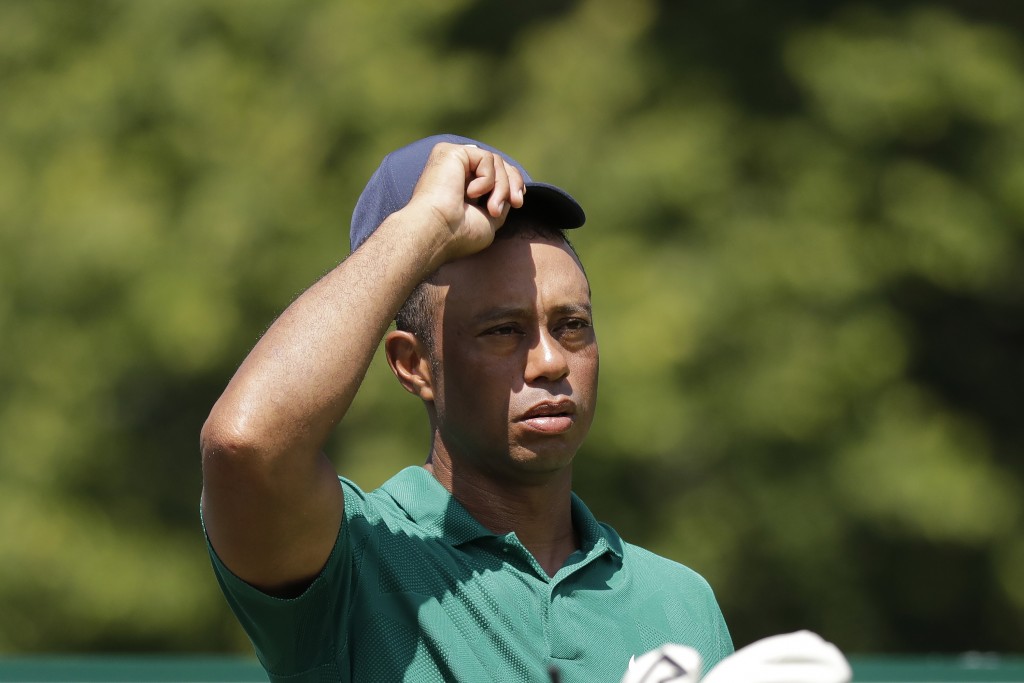 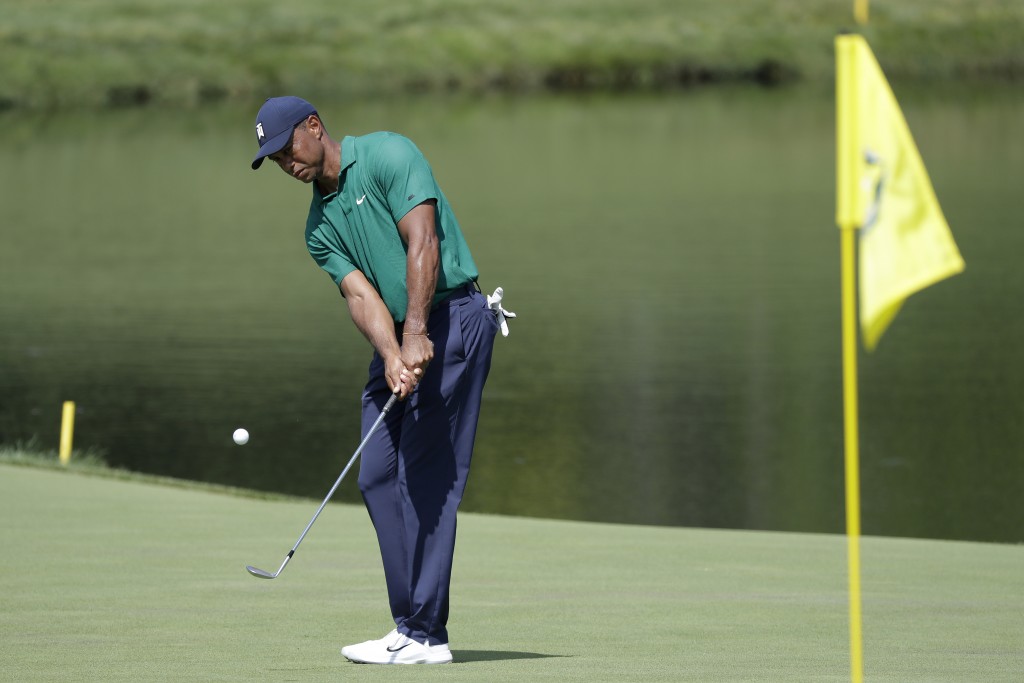 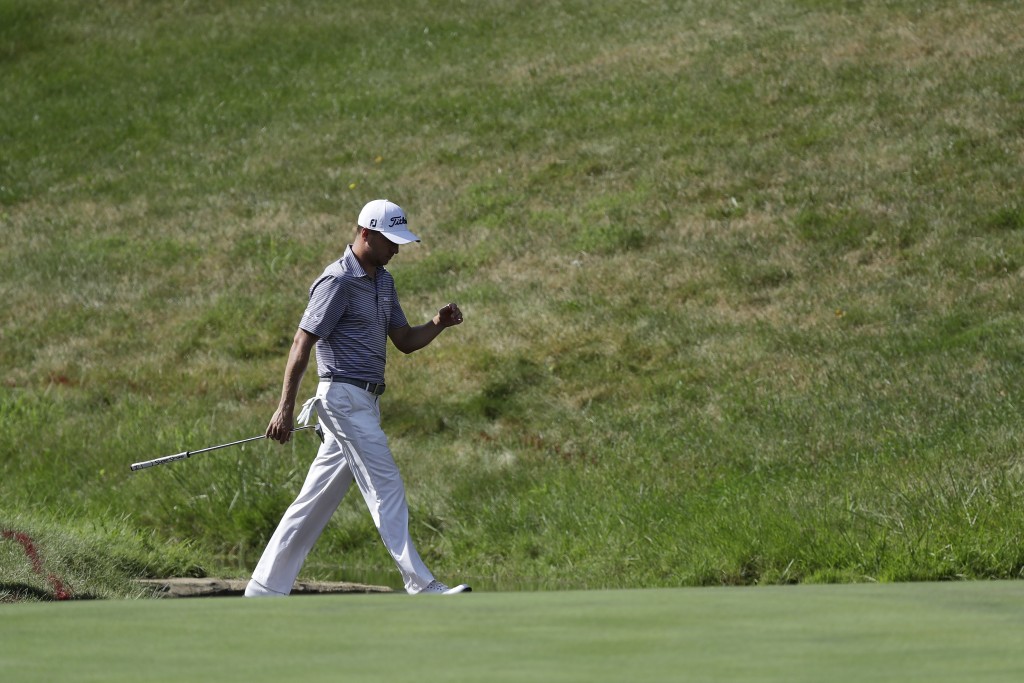 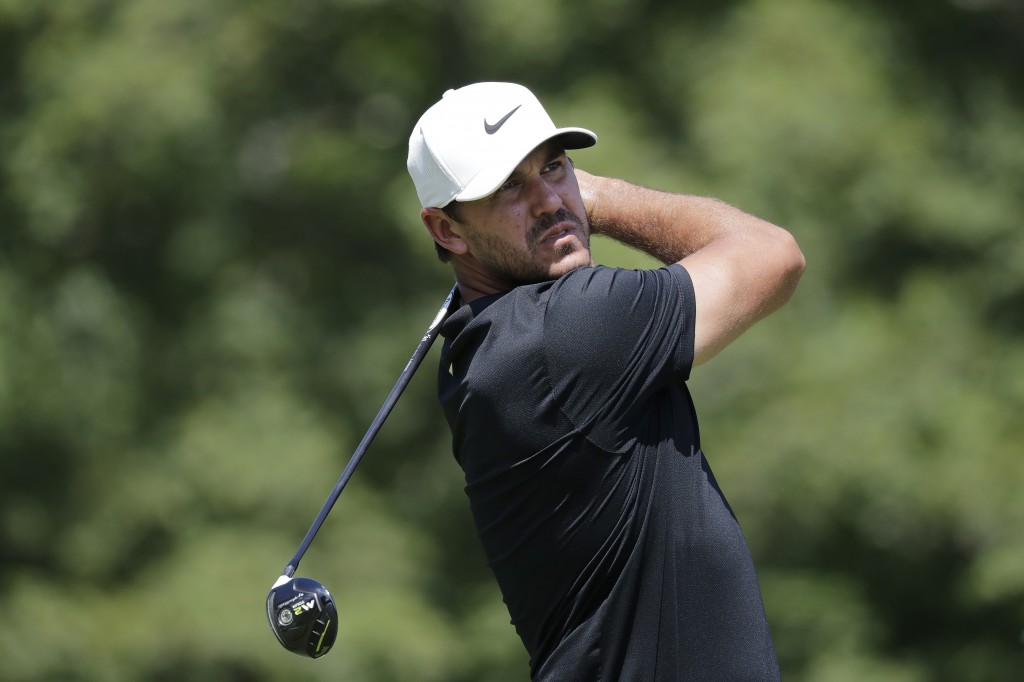 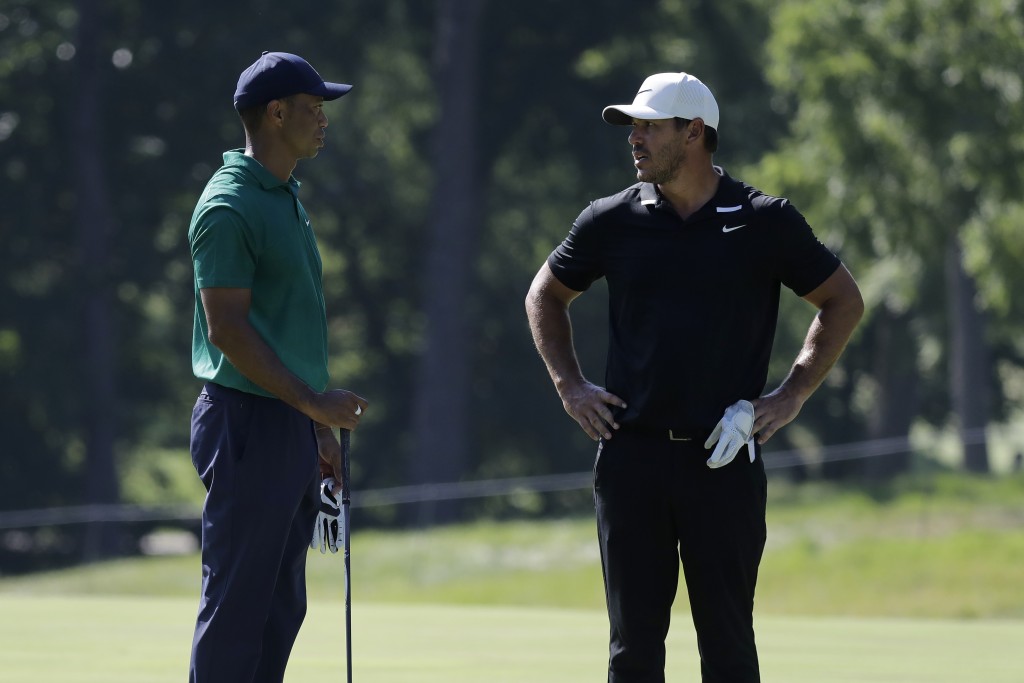 DUBLIN, Ohio (AP) — Denny McCarthy had a 76 in the third round of the Memorial and still found reason to smile Saturday.

He finally returned a negative test for the coronavirus.

That means he can have lunch in the clubhouse with the rest of the players, instead of being relegated to his own private spot near the bag room. And he'll have company in the final round, instead of playing by himself.

McCarthy, Dylan Frittelli and Harris English were among at Muirfield Village who already have tested positive for the coronavirus, went through self-isolation and no longer have symptoms or are believed to be contagious.

The tour said its medical advisors learned that in such cases, positive test results can continue for several weeks because of what amounts to a dead virus that tests still detect. Players who meet that criteria can play, but to be extra safe, the tour is keeping them away from everyone else.

“It was good, especially since the doctor thought it could go on for a little while,” McCarthy said. “It's been a weird couple weeks, but obviously glad to hear the news. Glad to get back to a somewhat normal atmosphere in this crazy time.”

English was tested Saturday morning, a swab in the back of the throat, without much luck. He still tested positive.

“Hopefully, I'll get a negative test on Monday when I get to Minneapolis,” he said.

Frittelli said he had a friend who tested positive in Japan, has not any symptoms and has been testing positive for about six months. He knew what to expect. His last test, the throat swab, was positive.

“I think that's six in a row now, so I'm really fighting hard to pass that test,” he said. “I've never failed so many tests. Actually, I've never failed a test before in my educational degrees, I guess.”

Tiger Woods finished his third round two hours before the leaders teed off, happy to have just made it to the weekend at the Memorial. Even better was the way he felt.

“Felt more like I did the first day,” Woods said.

He shot a 71, the same score he had on Thursday. It was the 76 on Friday that set him back. Woods said he didn't feel completely loose and had a hard time getting through the ball on his swing.

He'll at least get to sleep in a little more. He was tied for 37th, 14 shots behind John Rahm

DAD ON THE BAG

Justin Thomas said his caddie, Jimmy Johnson, began to feel dizzy and light-headed early on the back nine. He eventually had to be taken in, and this is one time it might have been a problem not to have spectators.

But his father and coach, Mike Thomas, has been following all week and stepped in for the last four-plus holes.

“I can tell he was light-headed and just didn't have a lot of energy,” Thomas said. “I told him on 12 that if he needed to leave, he needed to leave. Just make sure he's OK, versus both of us worrying about it out there. I hit my tee shot (on 13) and Jimmy was gone and my dad was there.”

Thomas three-putted the 15th for bogey, and then made double bogey on the 16th with a tee shot in the water. He shot 40 on the back nine and wound up with a 75.

Mike Thomas has faced tougher duties. He once filled in for Johnson two years ago on the Plantation Course at Kapalua, the course built on the side of a mountain, for the Sentry Tournament of Champions when Johnson injured his foot.

“That was a little harder walk,” Mike Thomas said.

Brooks Koepka appeared to grimace hitting a bunker shot from the 17th fairway on Saturday, and he said his left knee still acts up every now and again.

He sent that shot out-of-bounds, leading to bogey. He had two double bogeys that negated five birdies in his round of 73.

Koepka said he had an MRI on his left knee at the start of the week to see where it was since he injured it at the CJ Cup in South Korea last October, causing him to withdraw and sit out for three months.

“We just wanted to check, and nothing is improved. It's still the same," he said. “So we'll figure it out when we're done.”

Koepka is playing in Minnesota next week, followed by two title defenses at the World Golf Championship in Memphis, Tennessee, and the PGA Championship.

He is outside the top 150 and not assured of making the FedEx Cup playoffs.