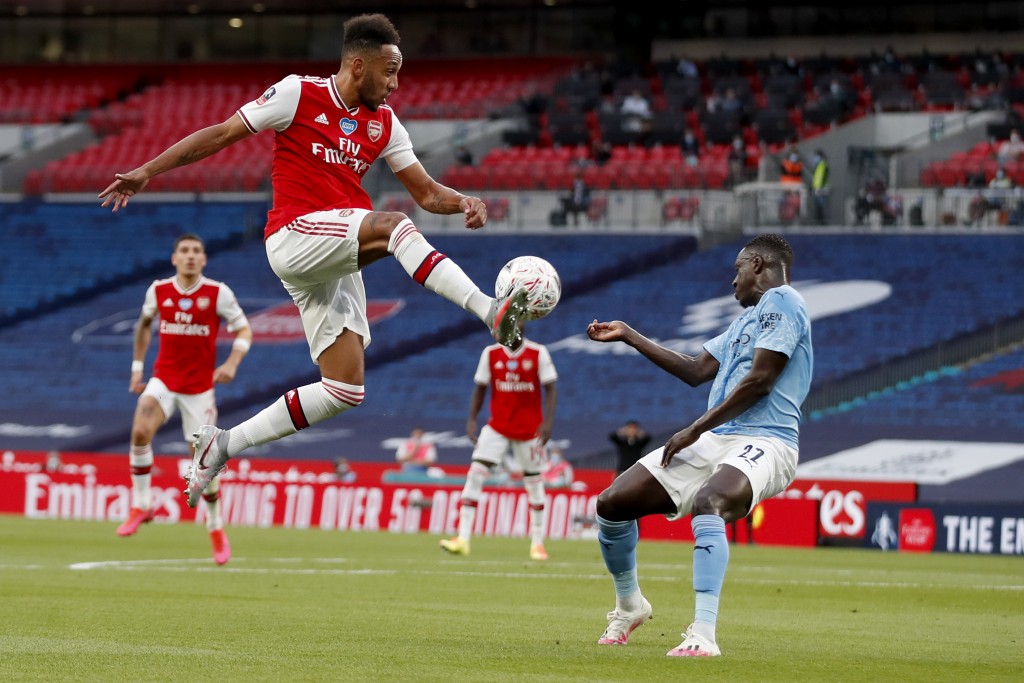 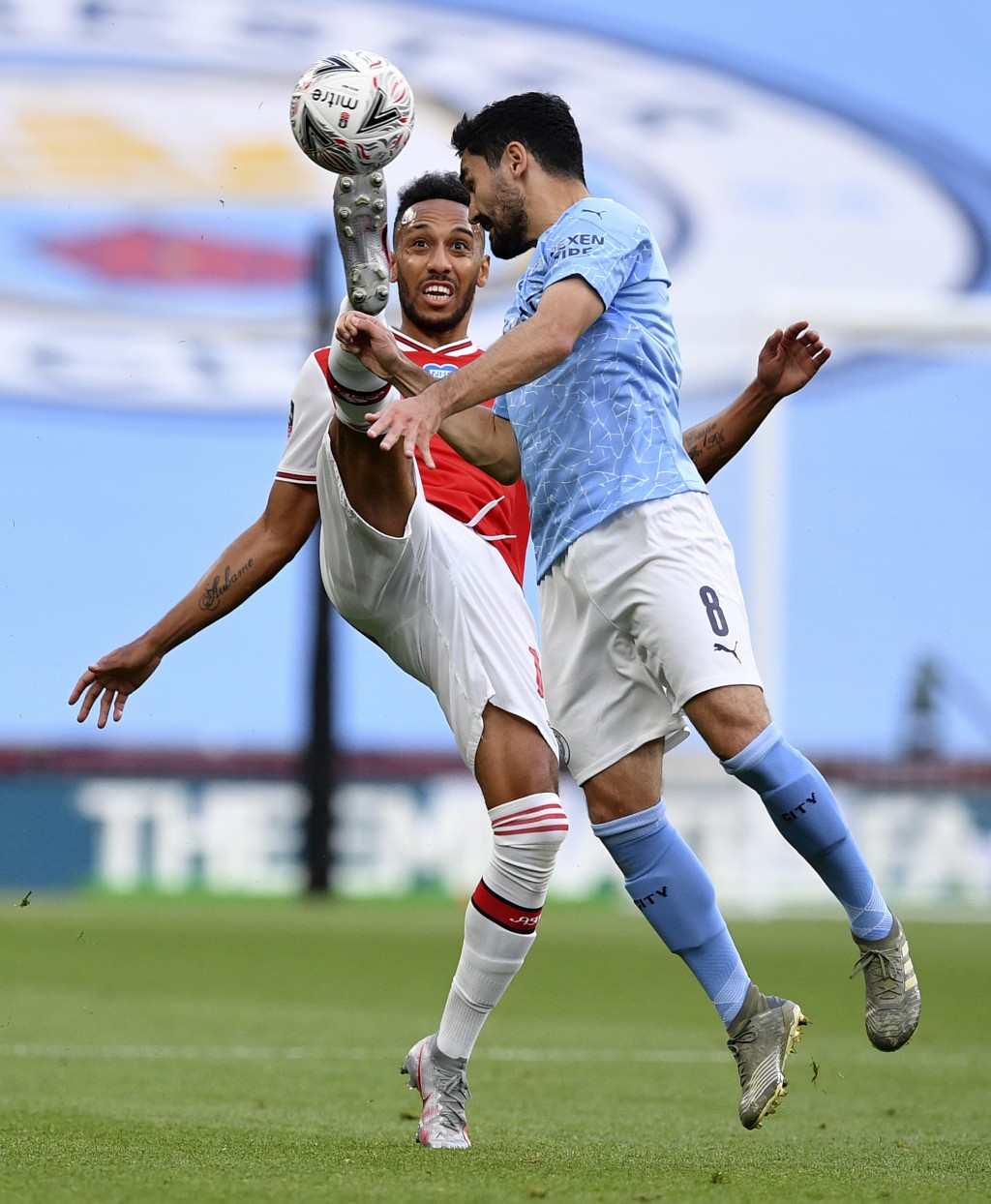 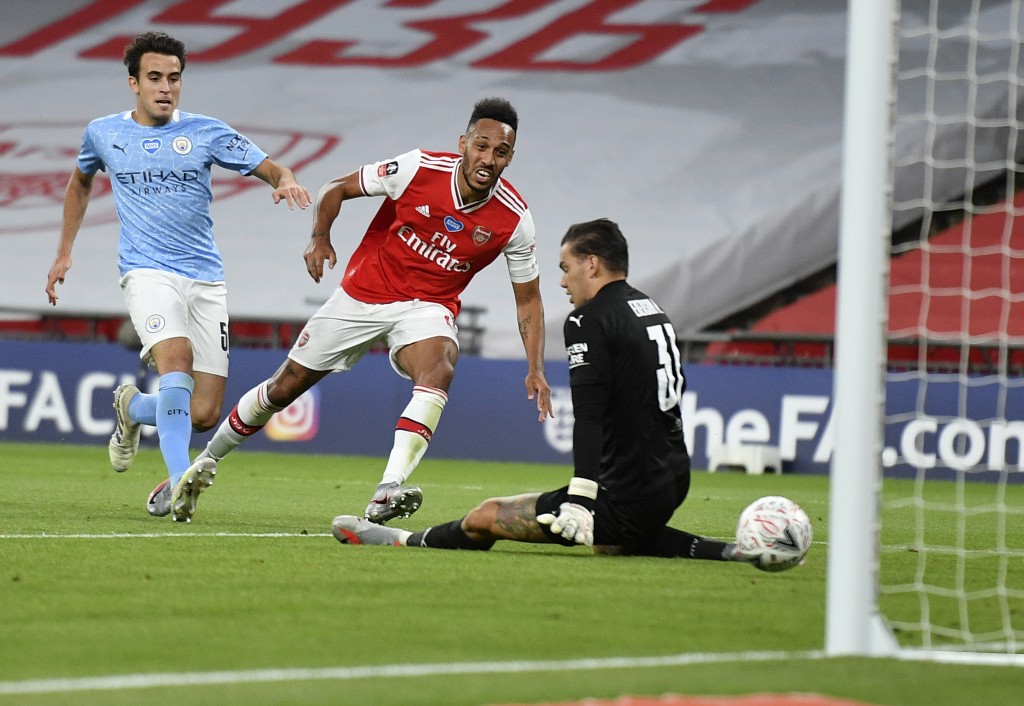 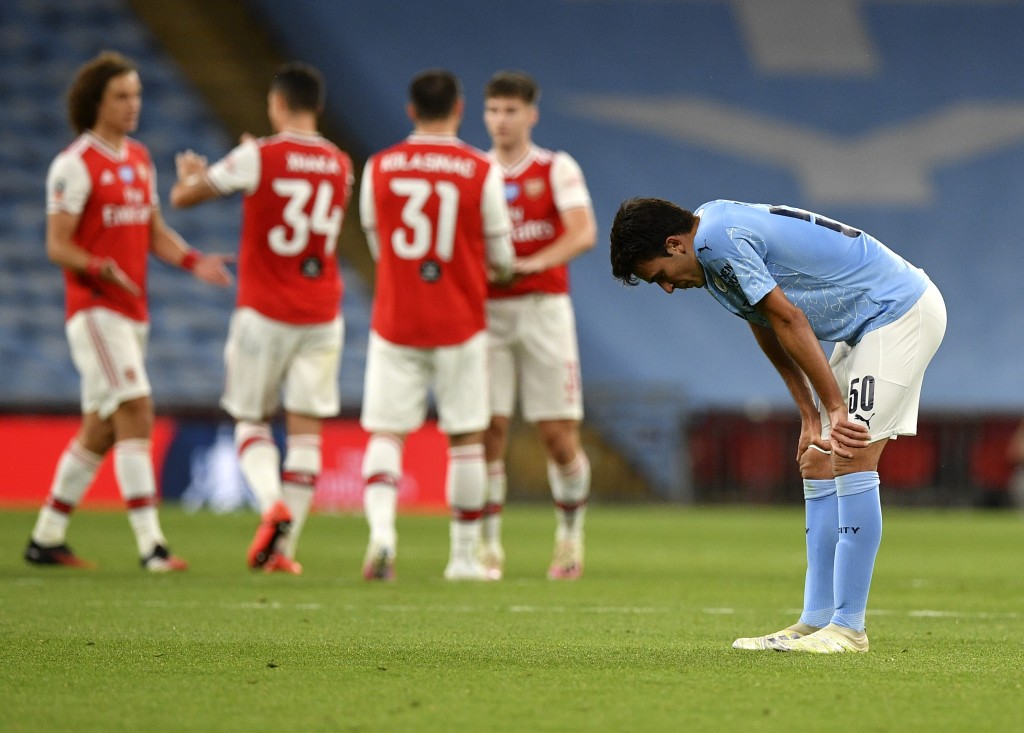 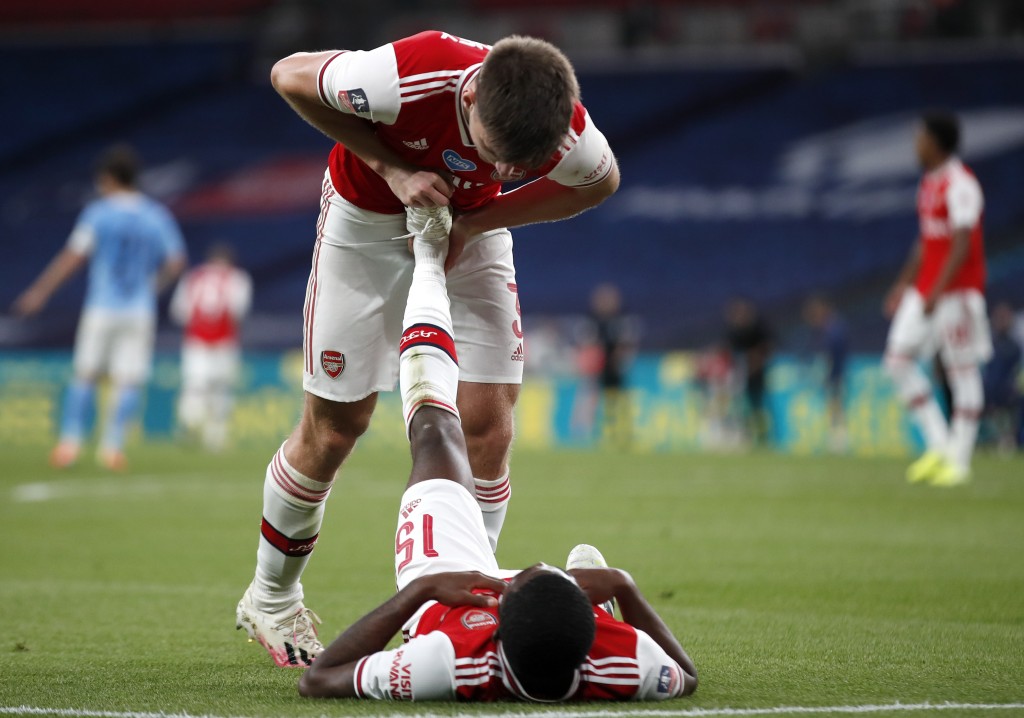 LONDON (AP) — Seven months after leaving Pep Guardiola's side, Mikel Arteta outwitted his mentor to ensure his first season as Arsenal manager will end with an FA Cup final.

In only his 25th match as a manager, Arteta masterminded a 2-0 victory — secured by Pierre-Emerick Aubameyang's double — that ended Manchester City's title defense on Saturday.

It was a cup won as part of a treble last season when Arteta was assistant to Guardiola at City and fans were still allowed to pack into the national stadium.

Just a few hundred key personnel were allowed into Wembley for Saturday's game as the 90,000-capacity was largely empty for the first time for a top-level game due to ongoing pandemic restrictions.

Football shut down for three months in England and resumed in June with City beating Arsenal 3-0 in the Premier League. This semifinal was as one-sided as that night in City's favor. But Arsenal found a way of ending a run of seven successive losses when it had been outscored 20-2 by City.

Unlike at the Etihad last month, David Luiz was a formidable barrier in central defense, rather than giving away a goal and being sent off. City managed only one shot on target — the fewest in a game since April 2018 — when Raheem Sterling struck at goalkeeper Emiliano Martinez before Arsenal's opener.

The goal was the culmination of an 18-pass move involving 10 players — straight from the Guardiola playbook. Aubameyang, who had just squandered a chance to score, slid in ahead of Kyle Walker at the far post to poke in Nicolas Pepe's cross in the 19th minute.

Sterling had chances to level at the start of the second half, striking wide and over in the opening minutes.

But Aubameyang secured Arsenal's passage into the final in the 71st. Played in by Kieran Tierney, the striker cut in from the left flank and poked the ball between Ederson's legs for his 25th goal of the season.

The FA Cup is the second trophy surrendered by City this season after losing the Premier League title to Liverpool.

But City has already successfully defended the League Cup and can still win a double. Guardiola's side remains in the pandemic-delayed Champions League.

The number of Europa League slots in the Premier League depends on who wins the FA Cup.

Burnley still has a hope of qualifying for Europe after moving up to ninth by beating Norwich 2-0 in Saturday's only Premier League game.

Norwich, which has already been relegated, had two players sent off before Burnley took the lead.

Emiliano Buendia went for violent conduct and Josip Drmic for a mistimed tackle before Chris Wood scored in first-half stoppage time. Ben Godfrey then turned the ball into his own net in the 80th minute.

While Norwich is going down, Leeds is returning to the Premier League after a 16-year exile. And the northern English team will be promoted as champions.

The League Championship title was clinched on Saturday after third-place Brentford lost 1-0 at Stoke. It is the first trophy for Leeds since 1992 when it won the last edition of the First Division before it became the Premier League.