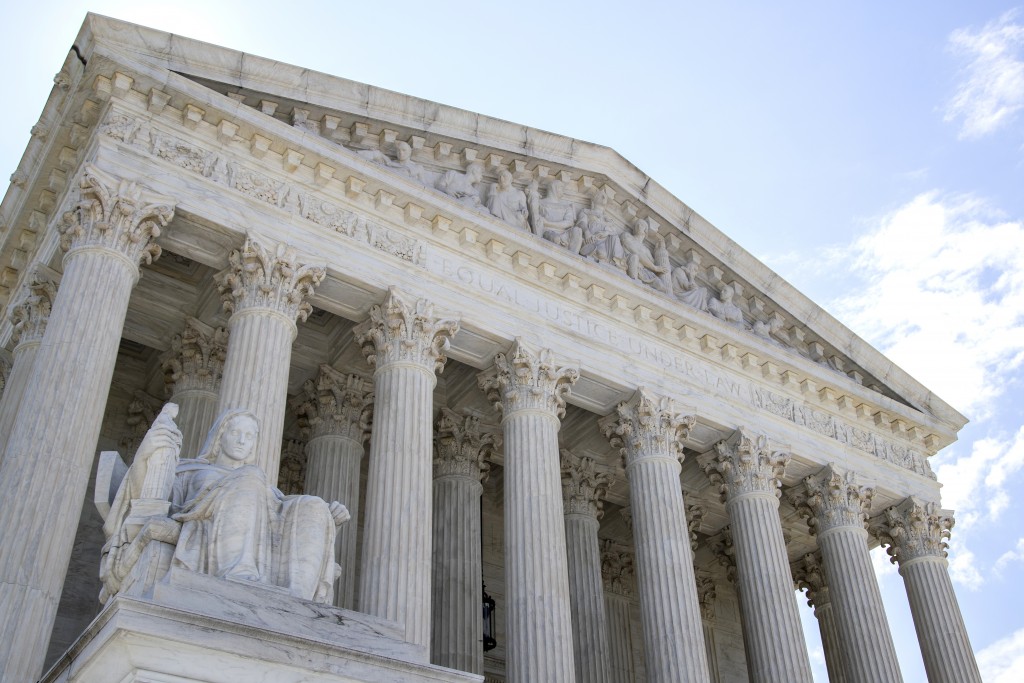 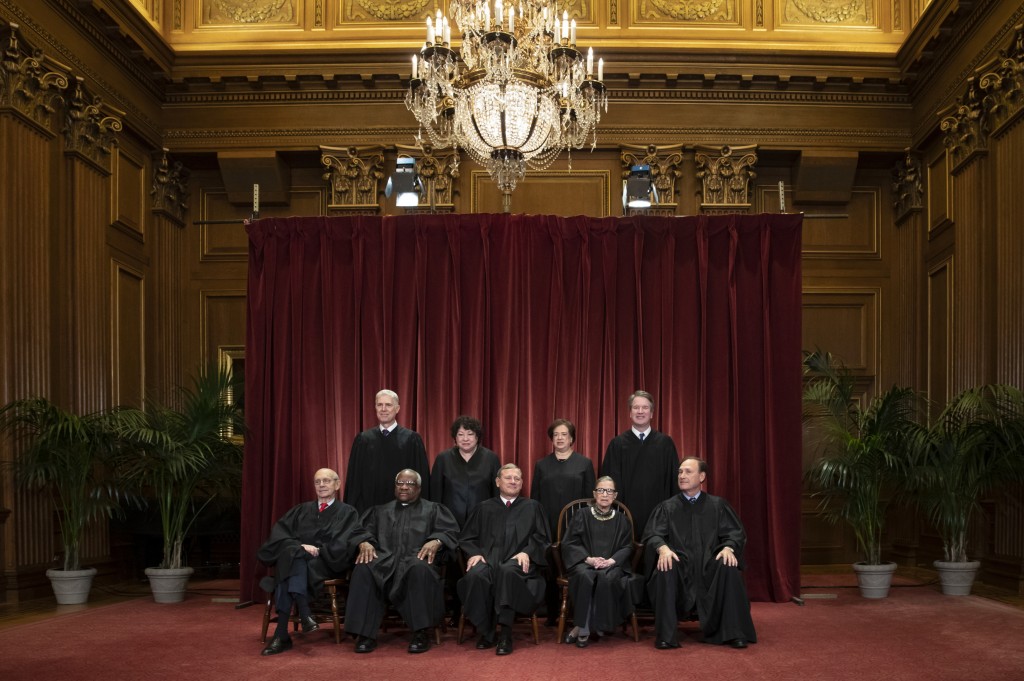 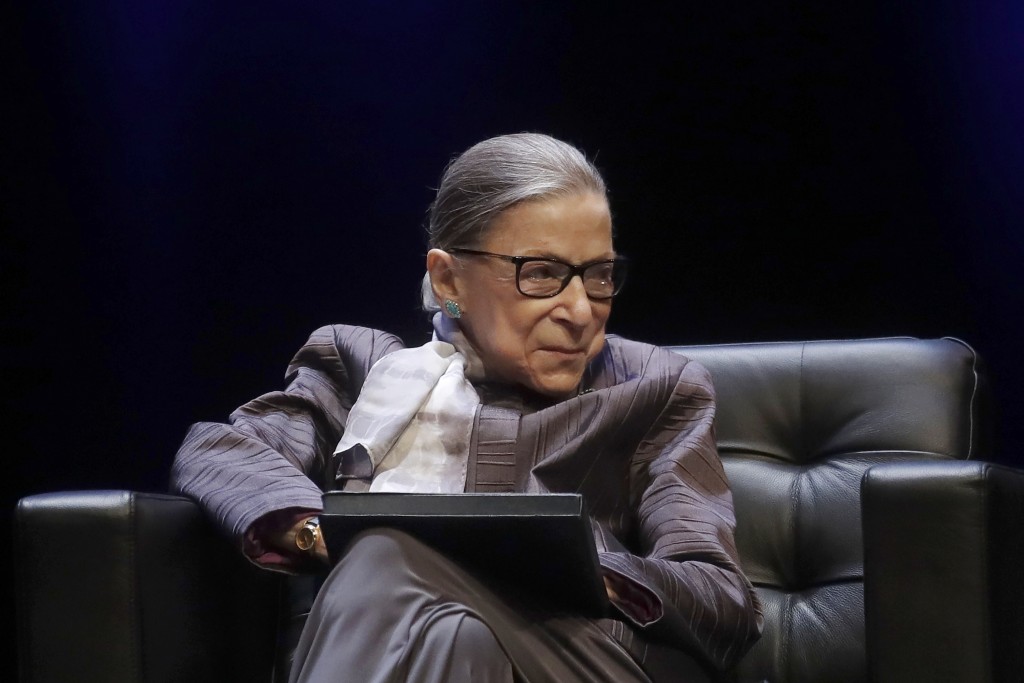 WASHINGTON (AP) — President Donald Trump and Senate Majority Leader Mitch McConnell have tried to make it clear: Given the chance, they would push through a Supreme Court nominee should a vacancy occur before Election Day.

The issue has taken on new immediacy with the disclosure Friday that Justice Ruth Bader Ginsburg is receiving chemotherapy for a recurrence of cancer after four earlier bouts with the disease. The 87-year-old liberal, who apologized in 2016 for her pointed public criticism of Trump during his first campaign, says she has no plans to retire.

The development has focused even more on what's at stake this election, with the winner in position to help shape the trajectory of the court for years to come.

Trump administration officials have underscored that Trump would not hesitate to fill an opening before voters have their say Nov. 3, less than four months away, on whether to give him a second term.

Four years ago, also in a presidential election year, the GOP-controlled Senate refused to vote when President Barack Obama, a Democrat, nominated Merrick Garland, a federal judge, to succeed Justice Antonin Scalia after his death in February. Nine months before that year's election, McConnell said voters should determine who would nominate the person to fill that seat.

Fast forward to this past week. Trump's chief of staff, Mark Meadows, told reporters: “I can’t imagine that if he had a vacancy on the Supreme Court that he would not very quickly make the appointment and look for the Senate to take quick action."

Meadows spoke shortly after the court said Ginsburg was briefly hospitalized, but before the justice announced she had a recurrence of cancer and has been treated with chemotherapy since May 19.

Trump sees his efforts at reshaping the judiciary as a signature achievement of his presidency. Last month he marked his 200th judicial appointment. Earlier in his term, he won confirmation of Neil Gorsuch and Brett Kavanaugh to the high court.

The president has sought to remind fellow Republicans that should he win a second term, he would have the chance to push the Supreme Court and lower courts further to the right.

Last month, after the court rejected his administration’s attempt to end an Obama-era program that provided legal protections to roughly 650,000 immigrants illegally brought to the United States as children, Trump said more needed to be done to push the court to the right.

He said he would release a “new list of Conservative Supreme Court Justice nominees” by Sept. 1. "Based on decisions being rendered now, this list is more important than ever before (Second Amendment, Right to Life, Religous Liberty, etc.) – VOTE 2020!” he tweeted.

Carl Tobias, a University of Richmond law school professor, said Republicans “have shown no consistency” between their refusal to give Garland a hearing and their insistence it would be proper to move forward on a vacancy during the waning days of a potentially lame-duck presidency.

Tobias said Trump and Republicans are calculating that playing up their commitment to adding another conservative justice is such an attractive pitch to base voters that it’s worth risking being labeled hypocrites by their opponents.

Leading Republicans, including the Senate Judiciary Committee chairman, Republican Lindsey Graham of South Carolina, now say it’s OK to consider an election-year appointment when the Senate and the White House are held by the same party.

McConnell was even more blunt. “Yeah, we’d fill it,” he said in a February interview.

At least one key Republican has expressed reservations.

In 2018, Iowa Sen. Chuck Grassley said that if he were still the committee chairman in 2020 and there were a Supreme Court vacancy, he would not take up the nomination. But Grassley, who now heads the Senate Finance Committee, said if there were a different chairman that person would have to make the call.

Sen. Joni Ernst, R-Iowa, who is facing reelection, told Iowa’s PBS station on Friday that she would support taking up a Trump nominee in November or December after the 2020 election and before the start of the next Senate session.