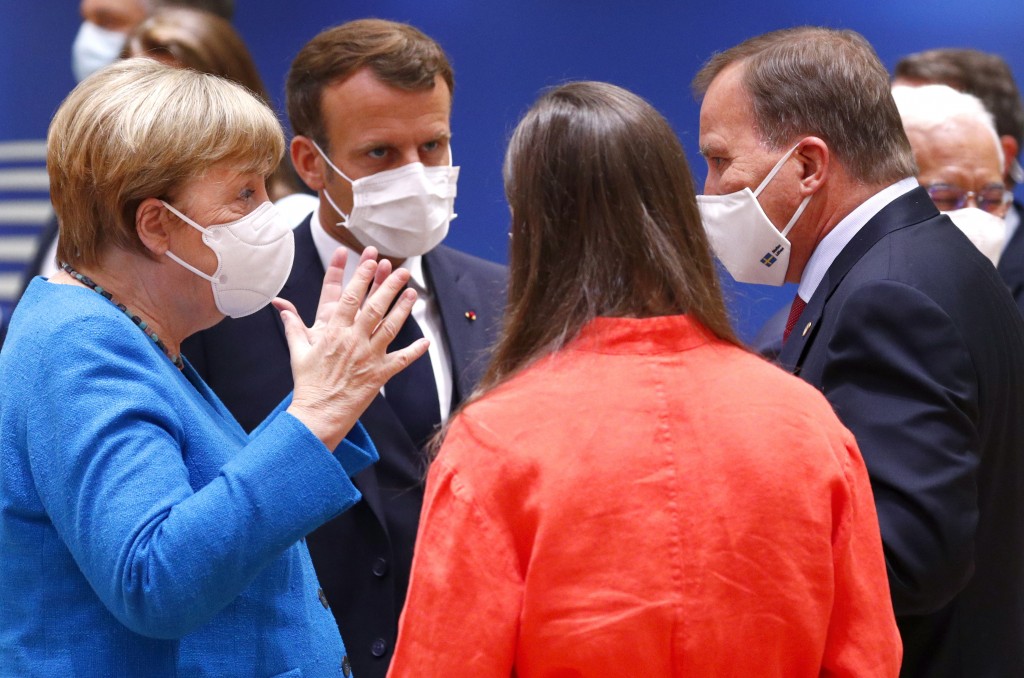 BERLIN (AP) — The leaders of Germany, France and Italy are calling for nations to “end their increasing interference” in Libya and respect a much-violated arms embargo, saying Saturday that they are ready to consider sanctions if breaches of the embargo continue.

That is despite an agreement in Berlin in January by leaders of world powers and other countries with interests in Libya’s war to respect the arms embargo, hold off on military support to the warring parties and push them to reach a full cease-fire.

Libya has been in turmoil since 2011, when a civil war toppled long-time dictator Moammar Gadhafi, who was later killed. The sprawling North African nation has since split between rival administrations in the east and the west, each backed by armed groups and foreign governments.

Merkel, Macron and Conte called for “an immediate cessation of fighting and for a stop of the ongoing military build-up throughout the country.”

“We also urge all foreign actors to end their increasing interference and to fully respect the arms embargo,” they said. They added that “we are ready to consider the possible use of sanctions should breaches to the embargo at sea, on land or in the air continue,” and said they look forward to proposals from EU foreign policy chief Josep Borrell on solutions.

The U.S. military has grown increasingly concerned about Russia’s growing influence in Libya, where hundreds of Russian mercenaries have backed a campaign by Libyan commander Khalifa Hifter to capture the capital, Tripoli, in the country’s west.

The report on counterterrorism operations in Africa by the Pentagon’s internal watchdog, published Thursday, says Turkey has paid and offered citizenship to thousands of mercenaries fighting alongside Tripoli-based militias against Hifter's troops.