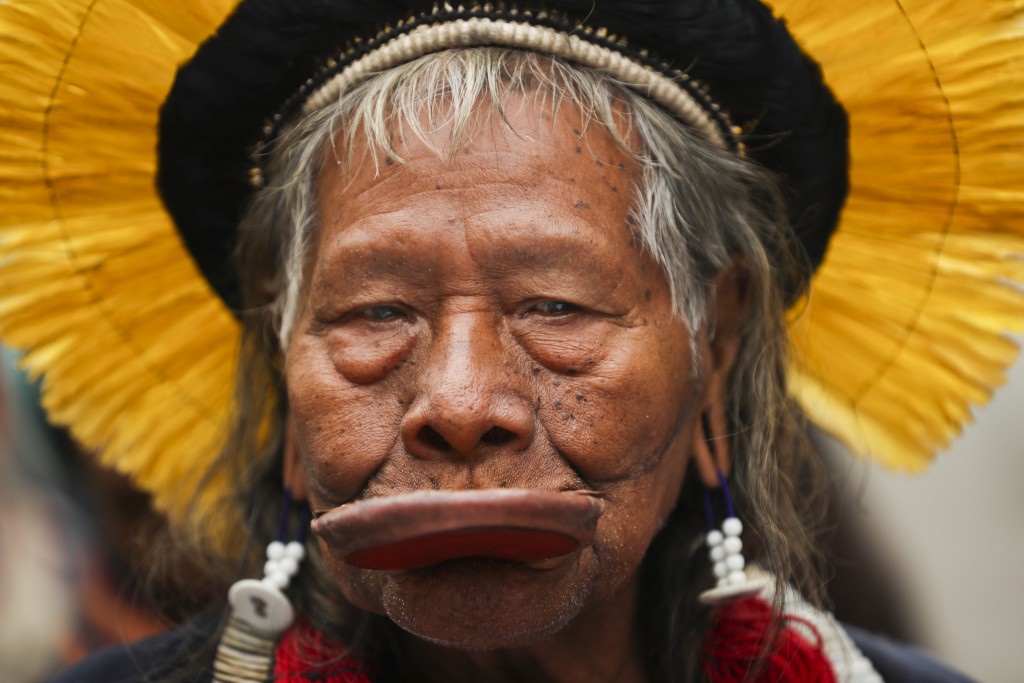 BRASILIA, Brazil (AP) — An Indigenous leader who has become a symbol of the fight for Indigenous rights and preservation of the Amazon rainforest has been hospitalized, his institute and a relative have confirmed.

The nearly 90-year-old Chief Raoni Metuktire was taken Thursday to a private hospital from his home in the Xingu Indigenous reservation after suffering for several days with diarrhea and dehydration, according to his nephew, Patxon Metuktire.

The nephew told The Associated Press that Raoni tested negative for the new coronavirus at the hospital in Colider city, 370 kilometers (230 miles) from the reservation.

He said doctors haven't yet determined the cause of Raoni's illness, but has been depressed since his wife, Bekwyjkà Metuktire, died of a stroke last month.

Raoni has campaigned for decades for the protection of Indigenous territories in the Amazon and the rainforest itself.

A 1978 documentary, “Raoni: The Fight for the Amazon,” helped make him famous, as did a 1989 tour with the musician Sting.

He has been an outspoken critic of Brazilian President Jair Bolsonaro and visited European leaders last year to denounce Bolsonaro's calls for developing indigenous lands in the rainforest.

Bolsonaro rejected a call by French President Emmanuel Macron to meet with Raoni.