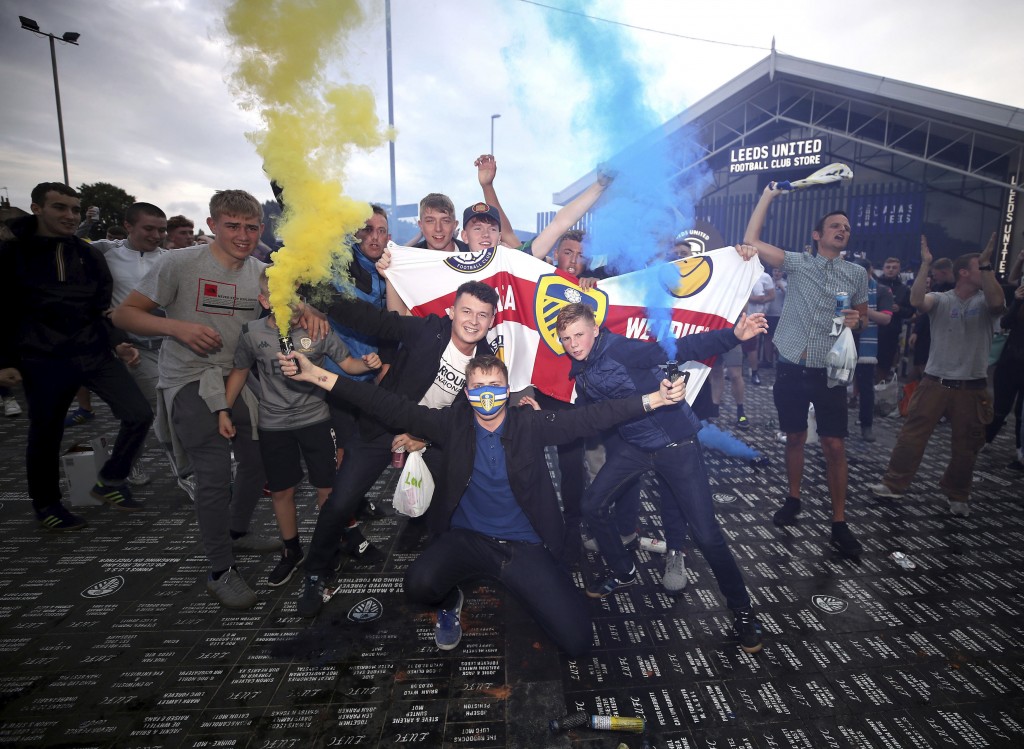 LEEDS, England (AP) — A day after securing its return to the Premier League after 16 years, Leeds won the League Championship without kicking a ball.

The second-tier title was secured for Marcelo Bielsa’s side after third-place Brentford lost 1-0 at Stoke on Saturday. It is the first trophy for Leeds since 1992 when the northern English team won the last edition of the First Division before it became the Premier League.

“Leeds United is one of England’s greatest and most well-supported clubs with a rich history known all over the world,” owner Andrea Radrizzani said. “We have been out of the top flight for 16 years and I am thrilled for the whole club and our incredible fans that we are back in the Premier League."

Radrizzani assumed sole control of Leeds in 2017, having initially gone through a staged buyout from the unpopular Massimo Cellino.

The title comes at the end of the coronavirus lockdown, a period in which Leeds lost three club greats in Norman Hunter, Jack Charlton and Trevor Cherry, who made 1,985 appearances for the club between them.

“They are part of a great legacy that we will work hard to honor, as we continue to take strides forward in a new cycle for this fantastic club,” Radrizzani said.

Leeds’ players gathered at Elland Road for a party on Friday night, and the scenes of celebration continued at the training ground on Saturday.

But fans' celebrations outside got out of hand as some jumped on parked cars outside the stadium. It prompted fan Gareth Cundall to start an online fundraiser to cover the costs of the damage.