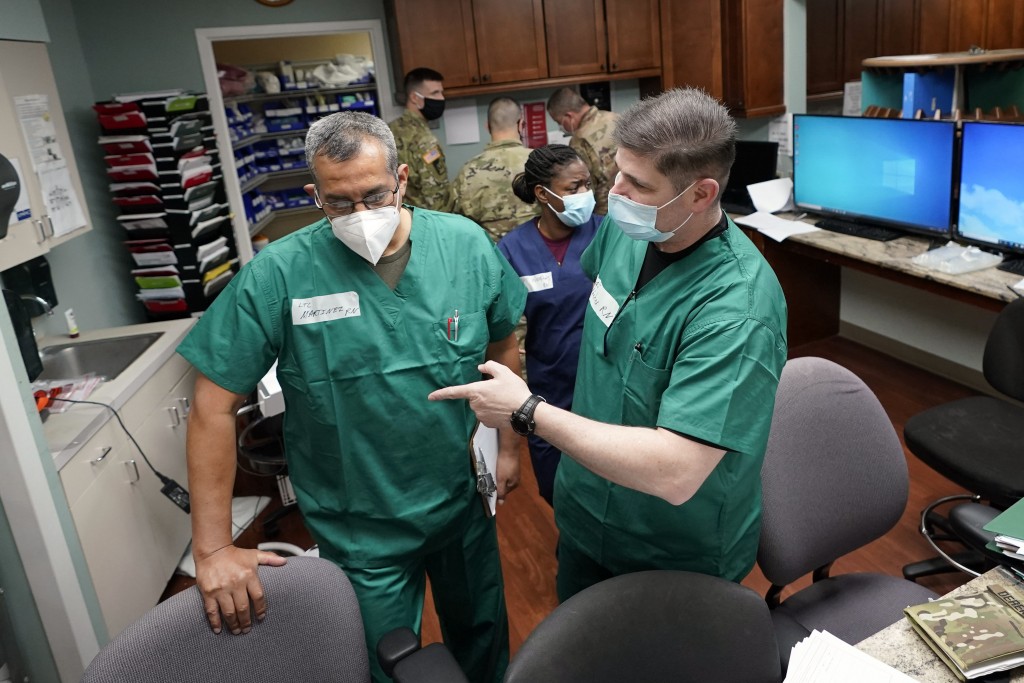 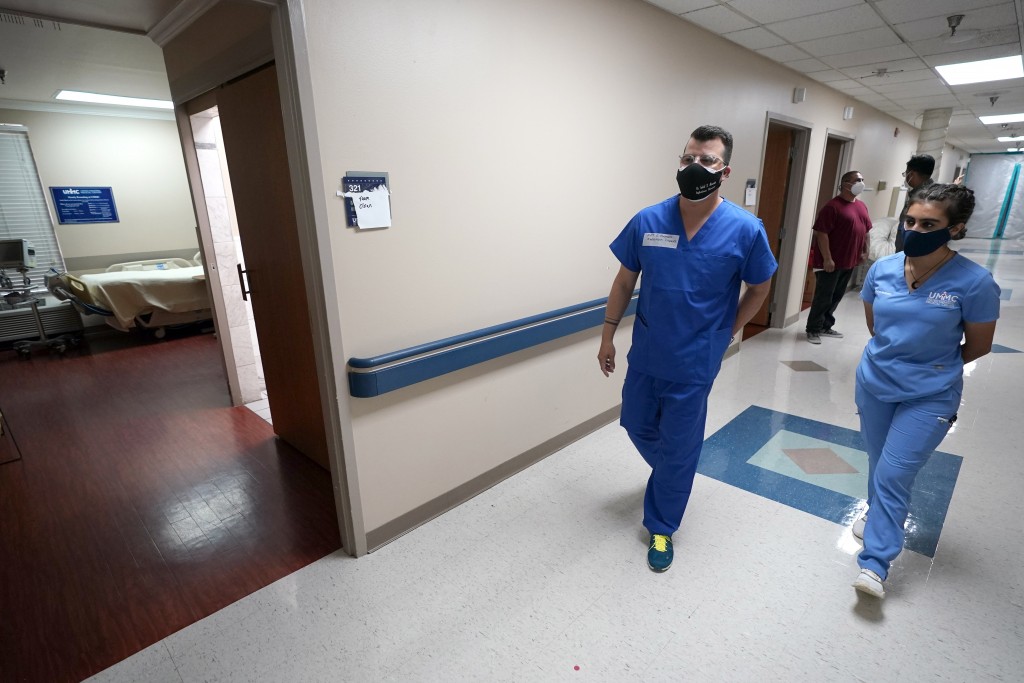 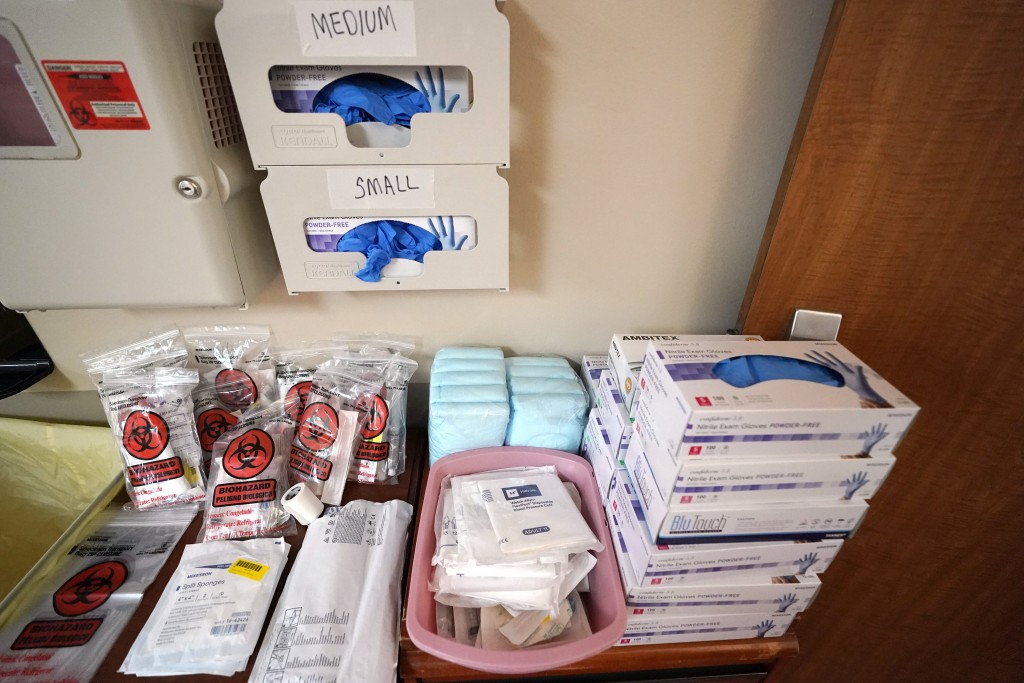 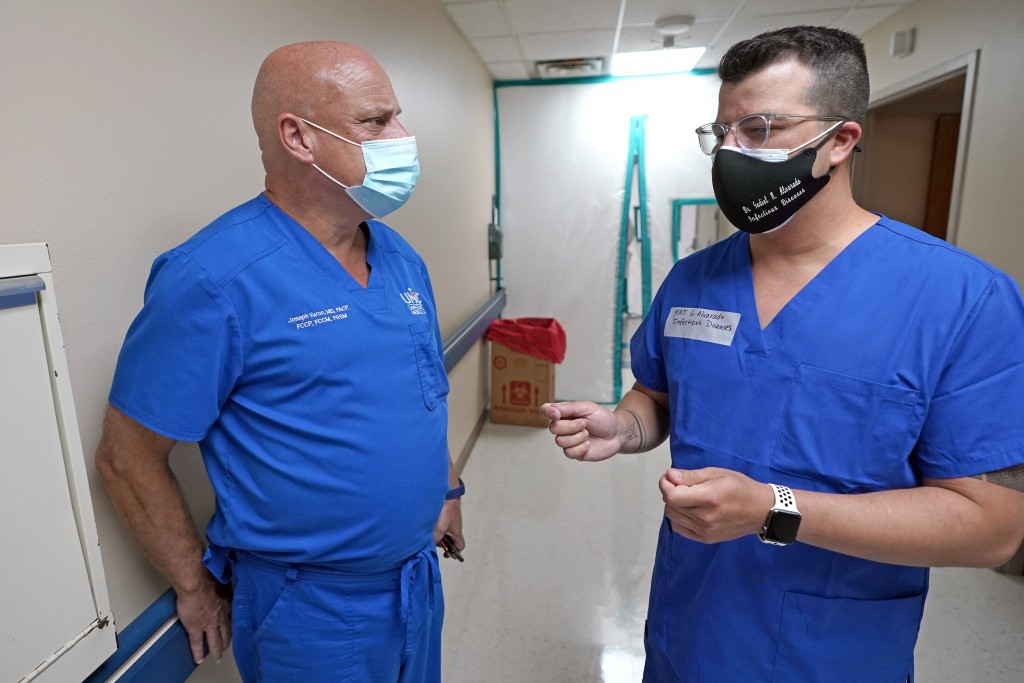 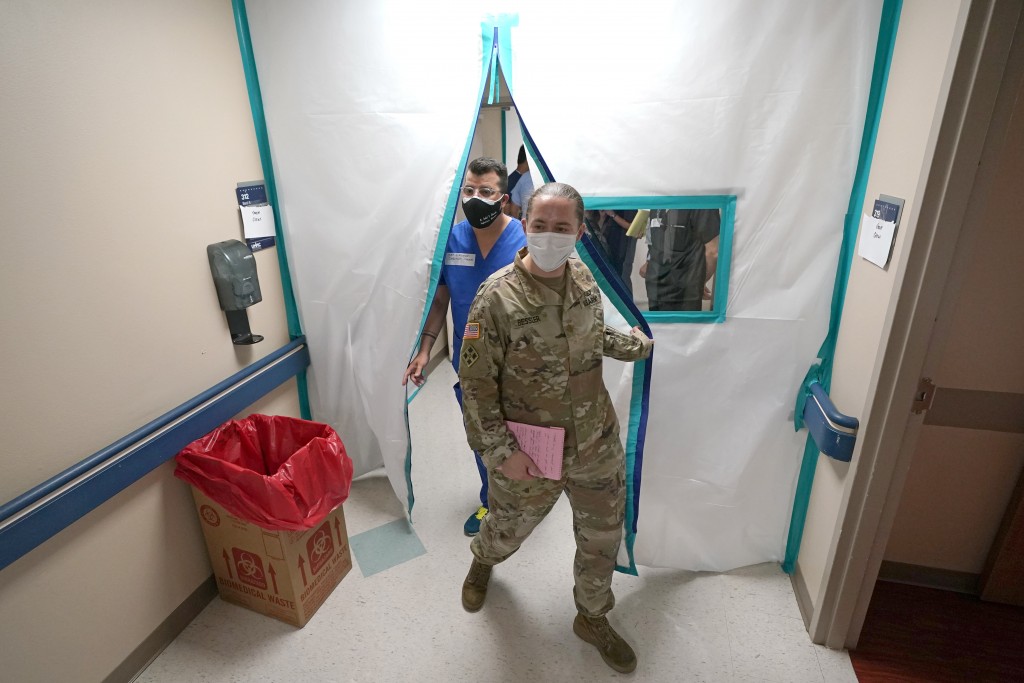 A fast-rising rising tide of new coronavirus cases is flooding emergency rooms in parts of the United States, with some patients moved into hallways and nurses working extra shifts to keep up with the surge.

Patients struggling to breathe are being placed on ventilators in emergency wards since intensive care units are full, officials say, and the near-constant care they require is overtaxing workers who also are treating more typical ER cases like chest pains, infections, and fractures.

In Texas, Dr. Alison Haddock of the Baylor College of Medicine said the current situation is worse than after Hurricane Harvey, which swamped Houston with floodwaters in 2017. The state reported a new daily record for virus deaths Friday and more than 10,000 confirmed cases for the fourth consecutive day.

“I’ve never seen anything like this COVID surge,” said Haddock, who has worked in emergency rooms since 2007. “We’re doing our best, but we’re not an ICU.”

Patients are waiting “hours and hours” to get admitted, she said, and the least sick people are lying in beds in halls to make room for most seriously ill.

Around Seattle, which was the nation's first hot spot for the virus that causes COVID-19, a new wave of patients is showing up at emergency departments, said nurse Mike Hastings.

“What’s really frustrating from my side of it is when a patient comes into the emergency department, and is not really having symptoms of COVID, but they feel like they need that testing,” said Hastings, who works at an area hospital and is president of the Emergency Nurses Association. “Sometimes we’re not able to test them because we don’t have enough test supplies, so we’re only testing a certain set of patients."

Confirmed coronavirus cases around the world have topped 14 million and deaths have surpassed 600,000, according to a tally from Johns Hopkins University. The true toll is thought to be higher, in part because of shortages in testing. The United States, Brazil and India top the list with the highest number of cases.

It's difficult to get a complete picture of how U.S. emergency rooms are faring. In Arizona, one of the few states that reports data on visits to the emergency room by people with confirmed or suspected COVID-19 symptoms, numbers started to spike in early June and peaked earlier this month. More than 2,000 people went to an ER with coronavirus symptoms on a single day, July 7.

Dr. Robert Hancock, who works at multiple hospitals in Texas and Oklahoma and serves as president of the Texas College of Emergency Physicians, said some Texas emergency rooms are facing backups of patients awaiting ICU beds. And many of them are on ventilators, meaning they require more attention than other patients.

"Unfortunately, because of the increased demand for personnel, there typically isn’t anybody free to come down to the ER to help a lot of times from a nursing standpoint,” he said.

Burnout could await these health workers, as it did some in New York City, when it was the epicenter of the nation's outbreak in the spring.

“You were on high alert the whole shift,” Chang said. “It was a brutal, sustained battle.”