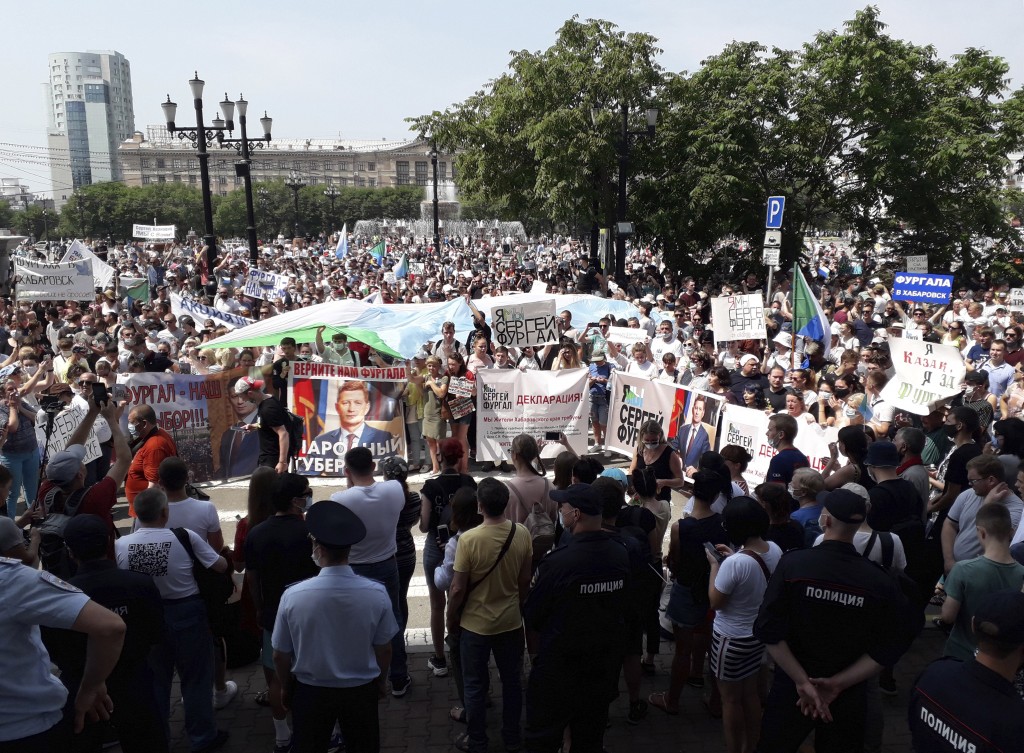 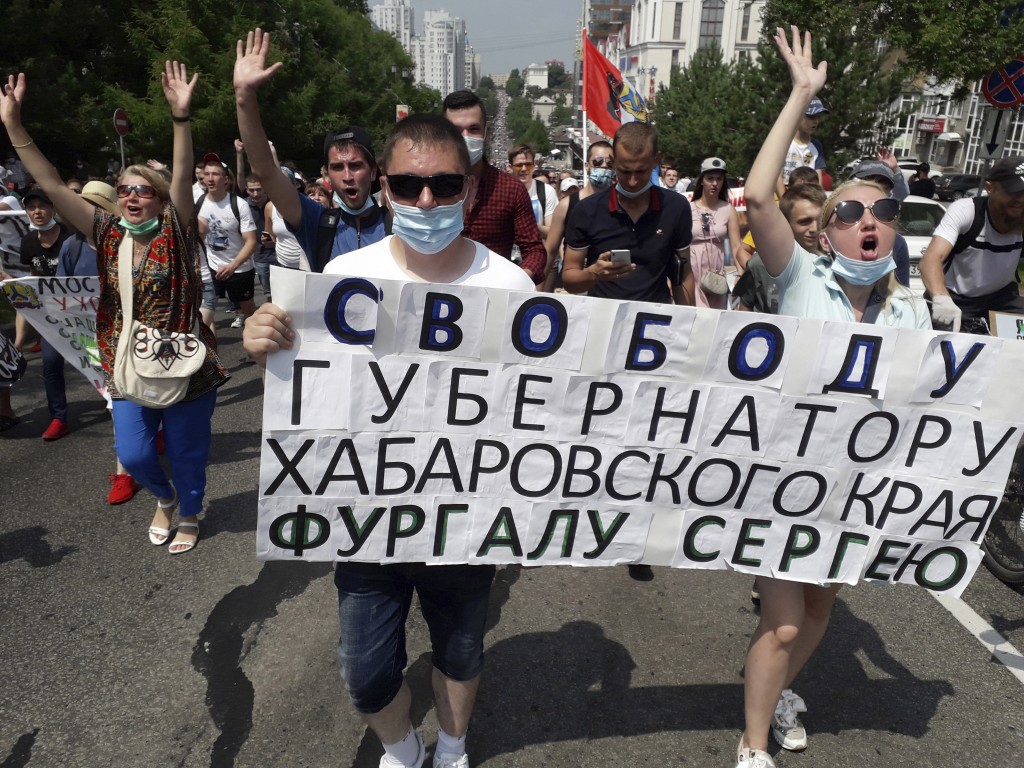 MOSCOW (AP) — Tens of thousands of people in the Russian Far East city of Khabarovsk took to the streets on Saturday, protesting the arrest of the region’s governor on charges of involvement in multiple murders.

Local media estimated the rally in the city 6100 kilometres (3800 miles) east of Moscow attracted from 15,000 to 50,000 people. The protests against the arrest of Furgal have taken place every day this week, with hundreds of people rallying in the city center every day, and reflected widespread anger over the arrest of the popular governor and a simmering discontent with the Kremlin’s policies.

Sergei Furgal, the popular Khabarovsk region governor, was arrested two weeks ago and flown to Moscow where he was put in jail for two months. Russia’s Investigative Committee says he is suspected of involvement in several murders of businessmen in 2004 and 2005, before his political career began.

Furgal has denied the charges, which relate to his time as a businessman with interests ranging from imports of consumer goods to timber and metals.

Last Saturday, crowd of up to 35,000 people reportedly rallied in the city center. The protests are the largest ever to have taken place in Khabarovsk, a city of 590,000.

Furgal, a member of the nationalist Liberal Democratic Party, was elected governor in 2018. His unexpected victory in the gubernatorial election reflected growing public frustration with President Vladimir Putin’s policies and marked a painful setback for the main Kremlin party, United Russia.