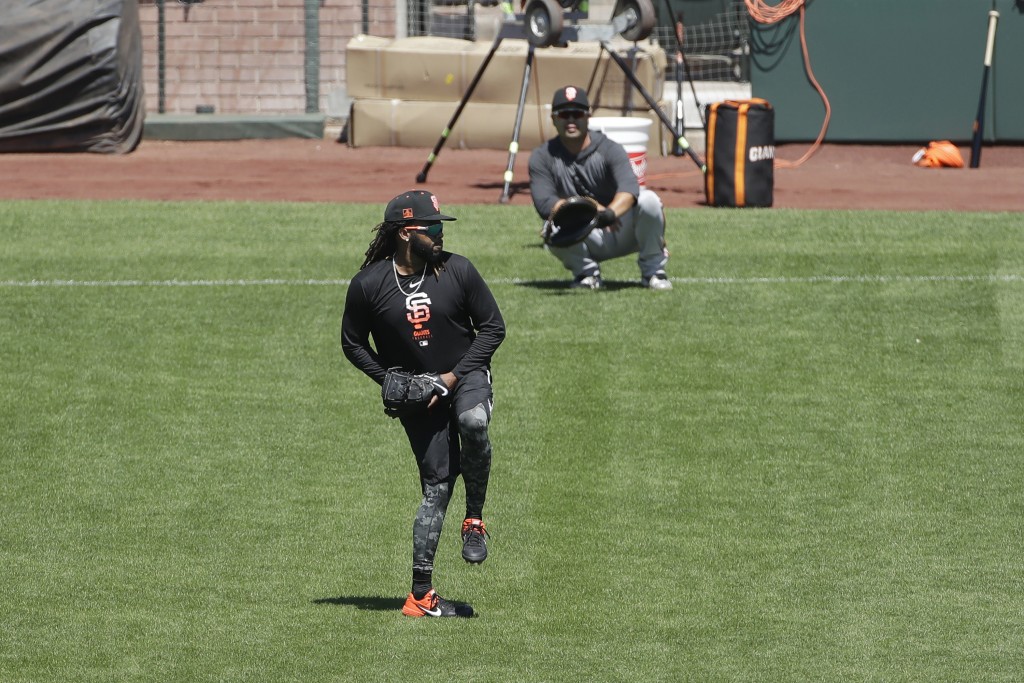 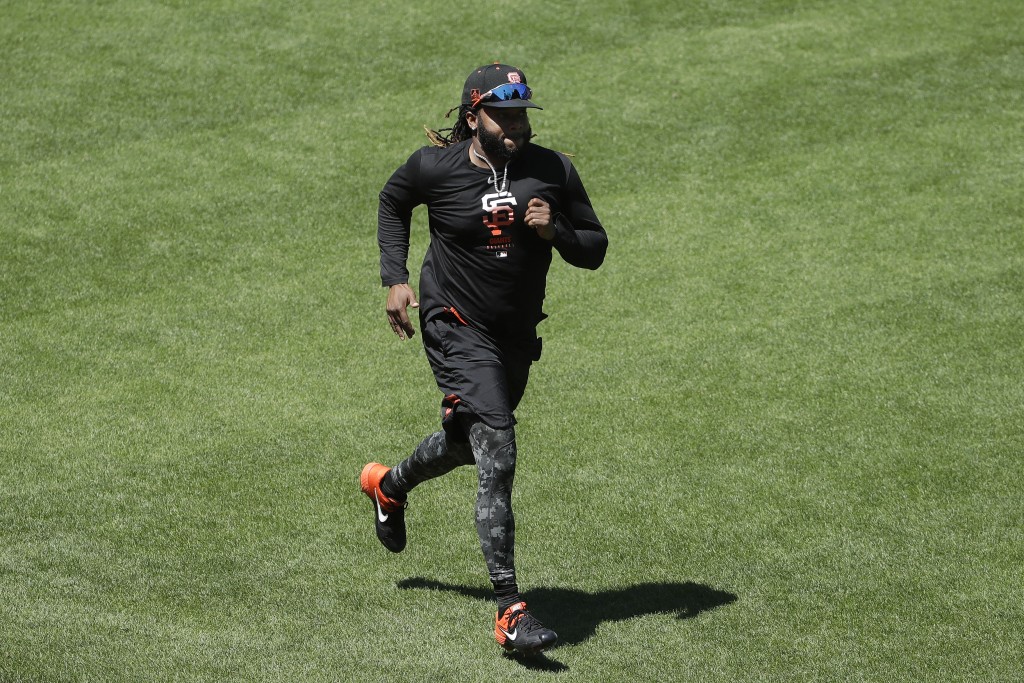 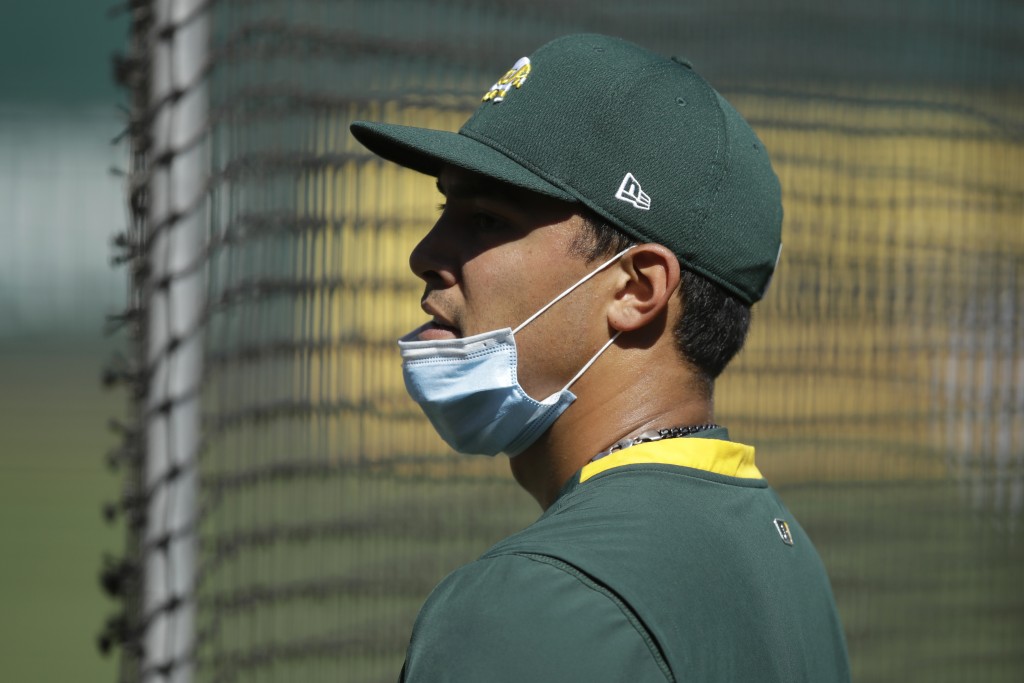 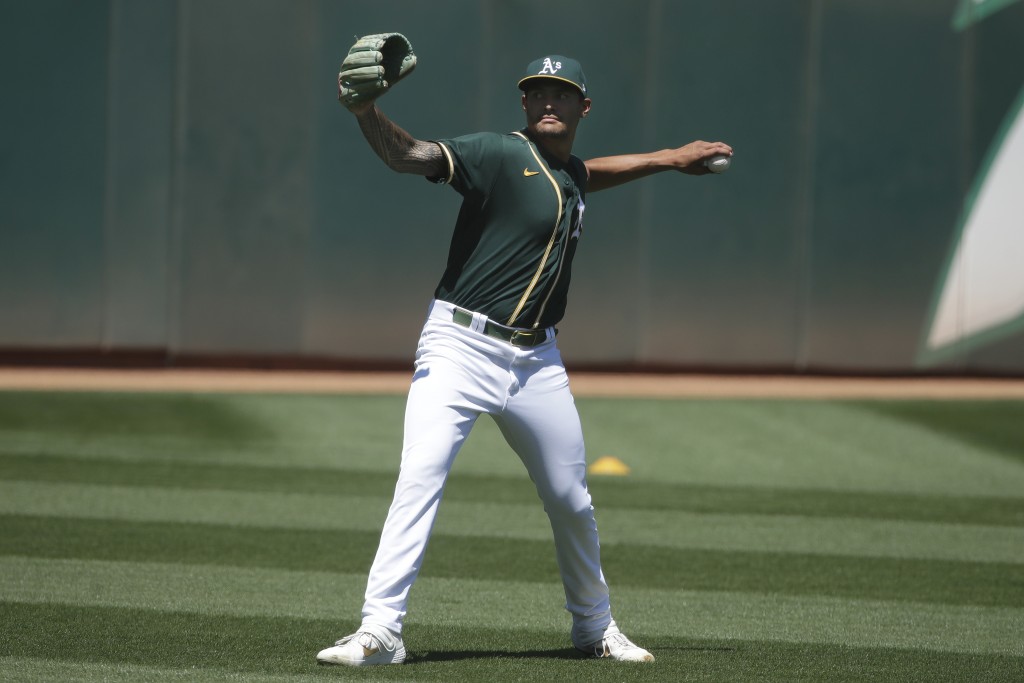 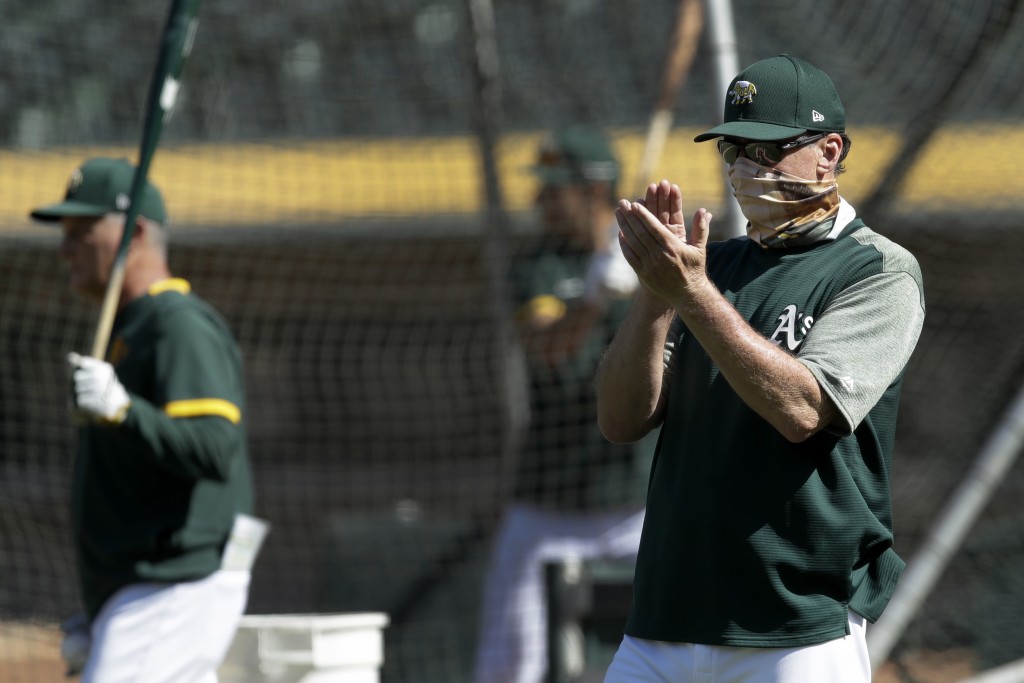 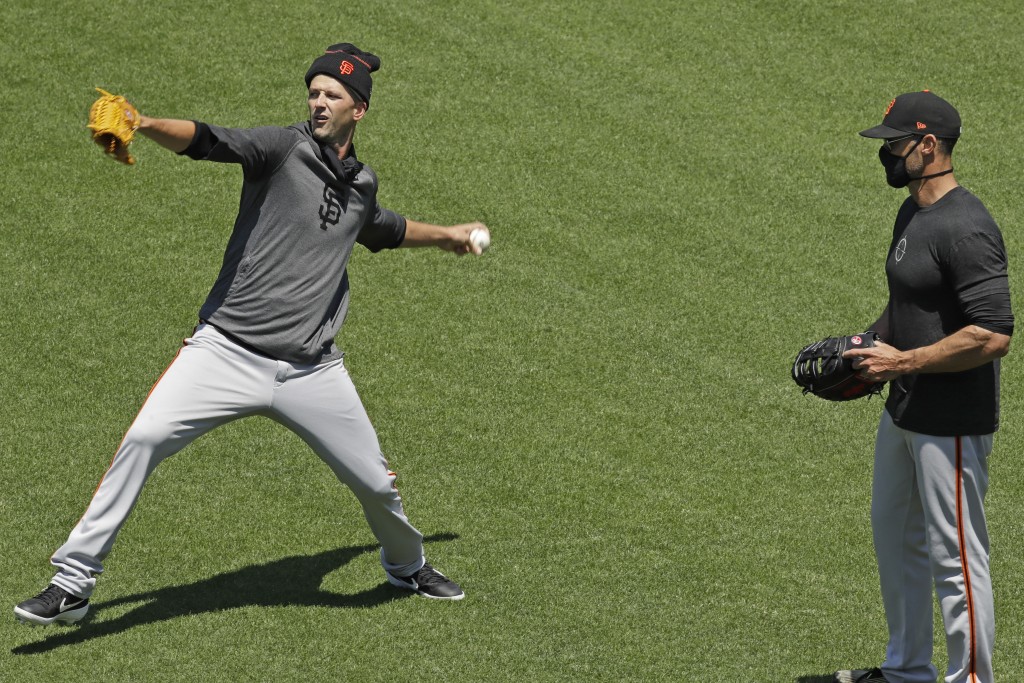 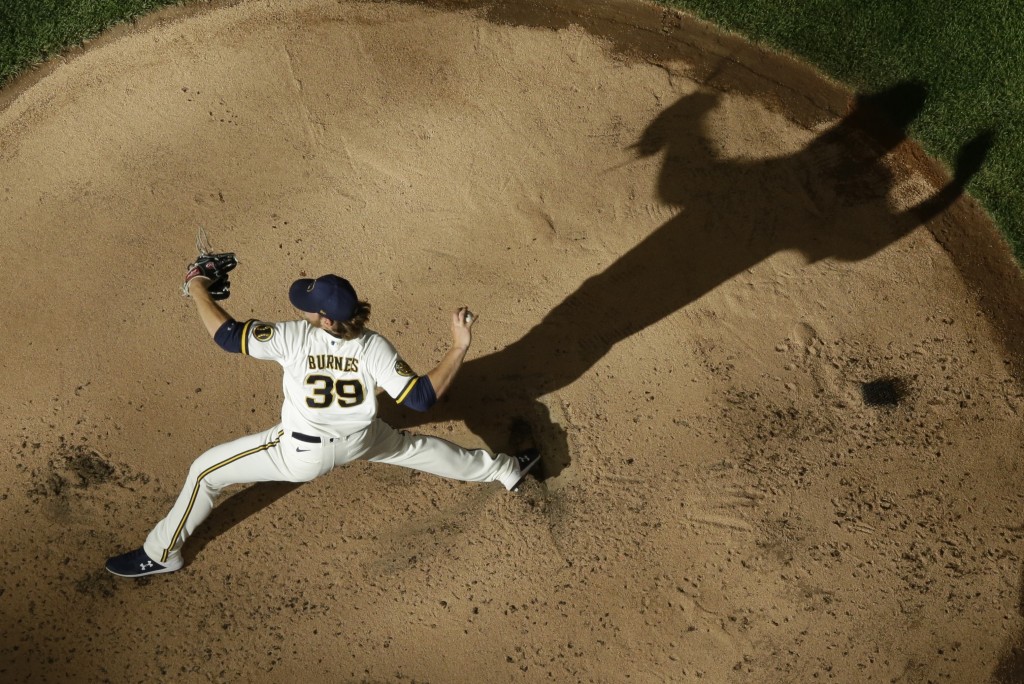 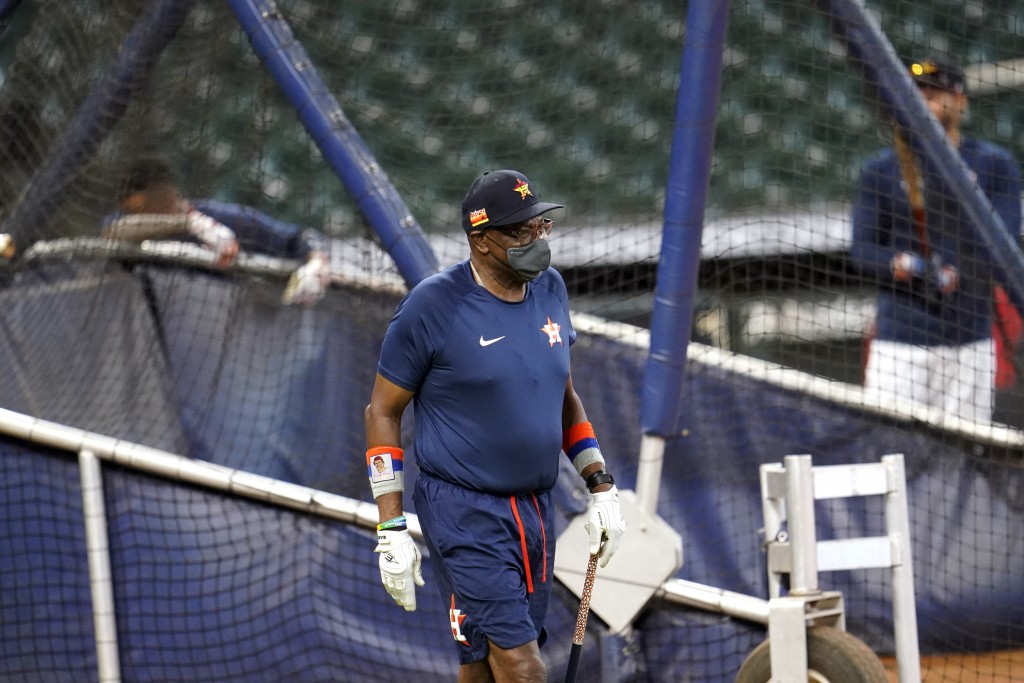 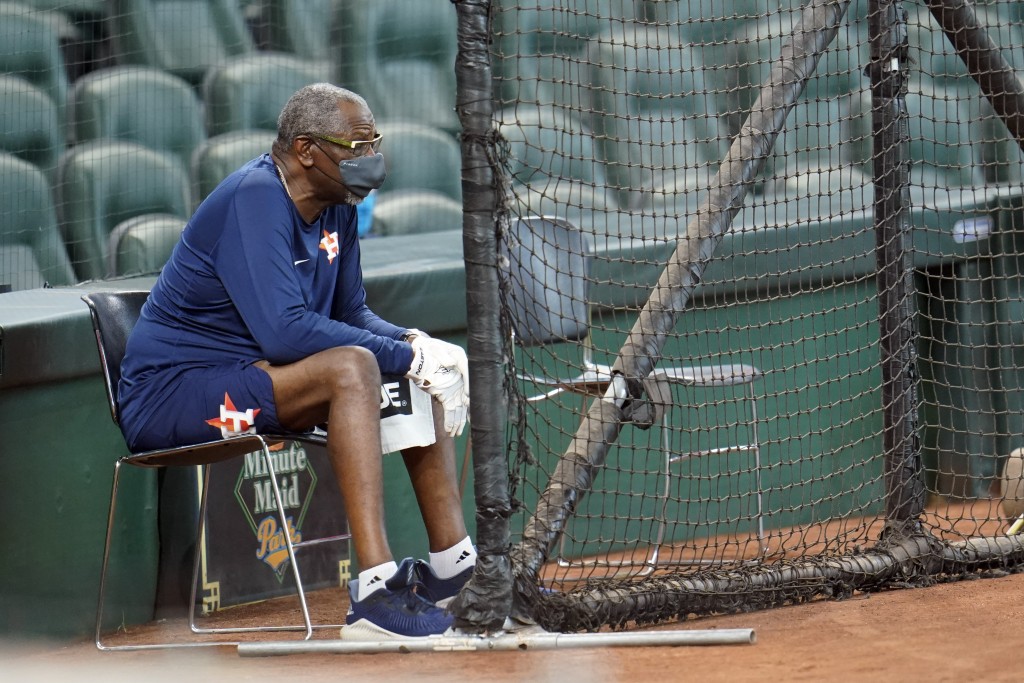 SAN FRANCISCO (AP) — Months ago, before going into quarantine back home in the Dominican Republic, Johnny Cueto took pride in being picked to start for the San Francisco Giants on opening day.

Cueto is still lined up for the first game, on Thursday night at Dodger Stadium, when the coronavirus-delayed season begins.

After that, no telling when he'll get the ball next. The animated right-hander knows that in an atypical year almost anything could happen — shortened rotations, openers, a creative mix.

“Of course I’m open to it,” Cueto said. “This season’s going to be short, and we’re getting ready for that.”

Even if managers and pitchers think they have a pretty good idea how ready they are, it probably won't be clear until pitches get thrown considering the pandemic interrupted spring training in March, right when arms were getting built up for the long haul.

“The pitching at the start of this is going to be a puzzle that none of us have ever faced,” Milwaukee Brewers manager Craig Counsell said. “I can’t tell you what’s going to happen necessarily. I know we’re going to need all hands on deck and that’s going to make it look a little different. Even just the concept of thinking there are five starters and they do this and then the relievers do that."

Counsell has taken an imaginative approach to using his pitching staff in the past. This, however, is all new.

“We’re doing something we’ve never done as far as a three-week ramp-up into a shortened season. That alone tells you that we have to do things differently and we shouldn’t look at things in a traditional way,” Counsell said. “If we do, I think we’re making a mistake.’’

Oakland manager Bob Melvin remains hopeful of getting 65 pitches from starters in their first outings, about an inning less than usual.

“We’ll see a lot of starters other places cut short early on,” he said. “We’re trying to look at all the angles at this point.”

Teams have no certainty about how stretched out their starters really might be with only a few weeks of preparation following the long layoff. That’s why many clubs will be experimenting with pitching rotations and bullpen makeups.

“I practiced a lot in the Dominican Republic, I worked hard and kept myself in pitching shape,” Cueto said. “I’m ready.”

Relievers might be relied upon to work longer. In the condensed, 60-game season there are different patterns of thought on how rotations may shape up, how pitching staffs could be constructed.

Teams are allowed a 30-man roster for the first two weeks, up from the usual 25, and are loading up with pitchers

Might some starters essentially be openers, going an inning or two? It’s not out of the question, and most clubs realize they must be open in their thinking.

When it comes to Cueto and Jeff Samardzija at the top of San Francisco's rotation, manager Gabe Kapler must take into account both have faced injury challenges in recent seasons.

“We just know that it’s not going to look like your traditional five-man rotation to start the season," Kapler said.

Mets general manager Brodie Van Wagenen realizes how key the early innings will be in this unique scenario.

“There’s no question that the short season makes every game that much more important,” Van Wagenen said. “... We may see shorter starts from certain pitchers early on in the year and we may see bullpen arms pitching in situations earlier than maybe they otherwise have been accustomed to, but we’re going to use it with the mindset that every out counts — not just every inning.”

He reached out to his pitchers in May about intensifying their throwing programs in order to begin building up their arm strength for what at that point was expected to be a return to team training in early to mid-June.

“The guys, they never stopped, they continued to build up," Rangel said.

Milwaukee right-hander Corbin Burnes is vying for a spot in the rotation to be a full-time starter for the first time. He plans to approach the abbreviated season much like a September playoff push:

“We’ve had a couple meetings where it’s just kind of like, ‘Hey, you’ve got to be ready for anything this year,'" he said.