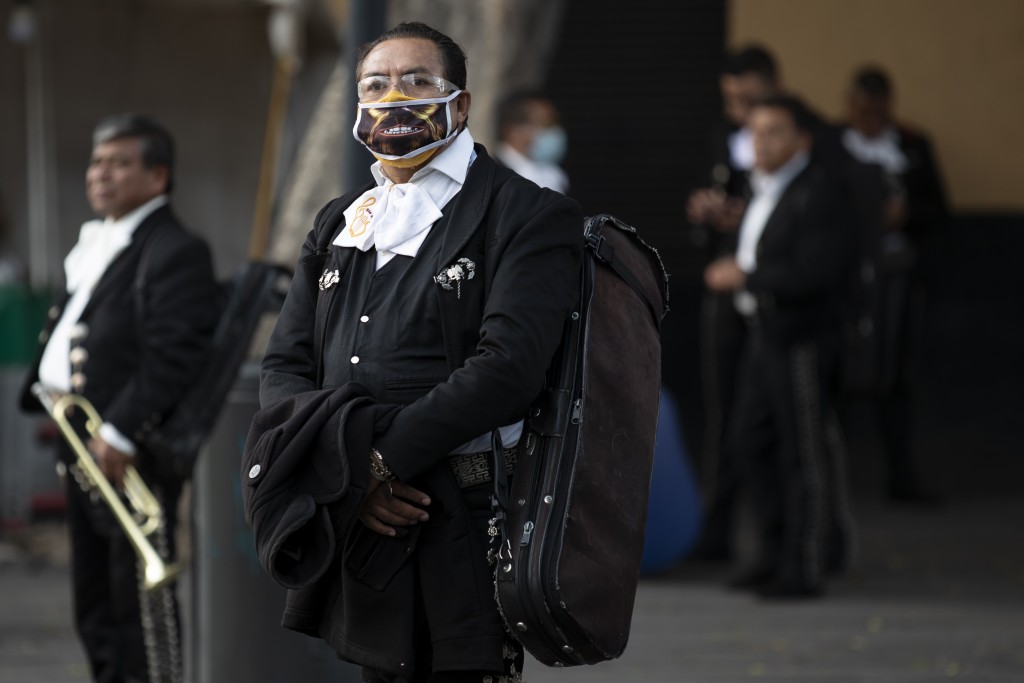 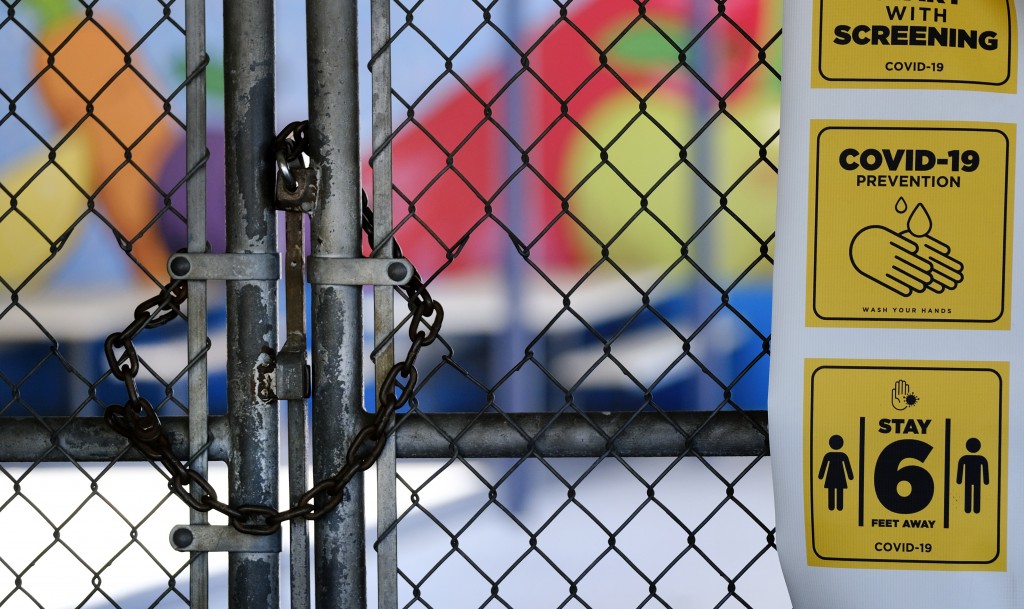 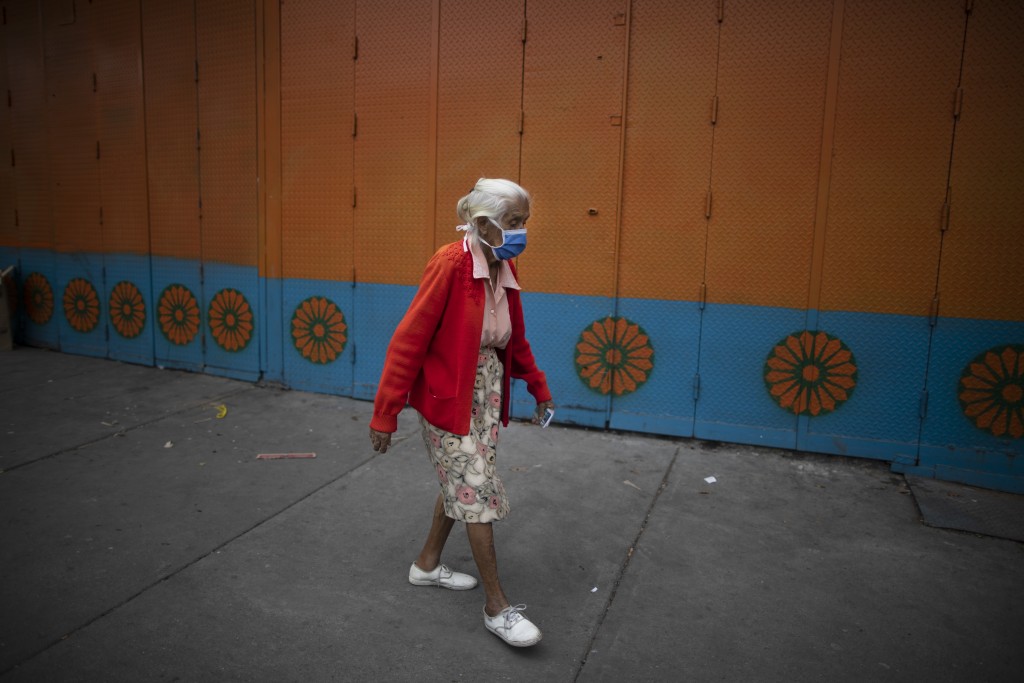 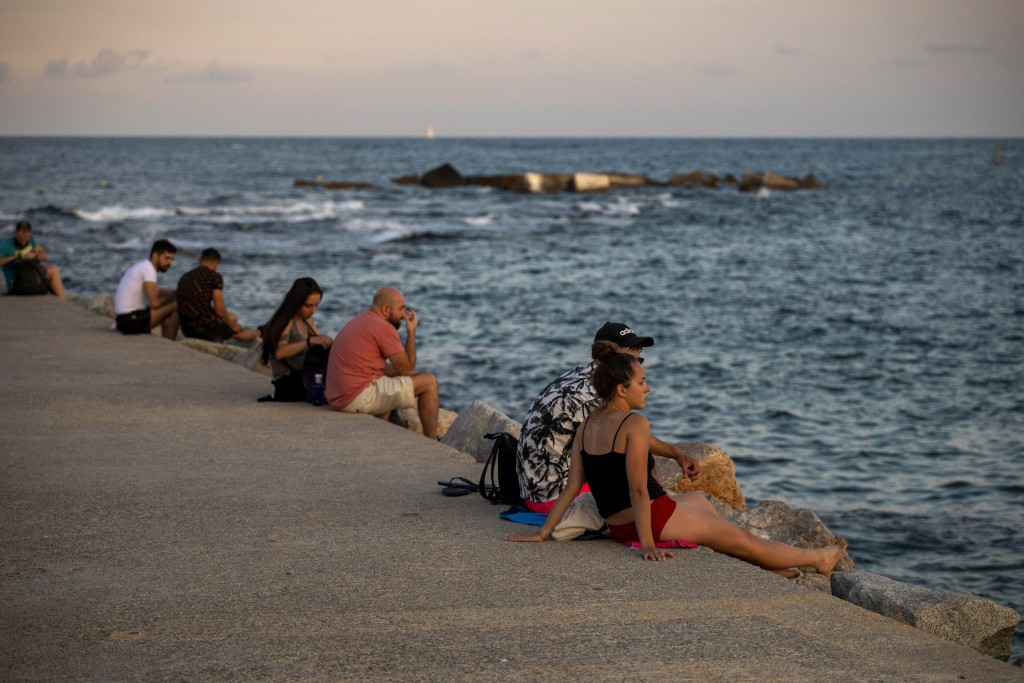 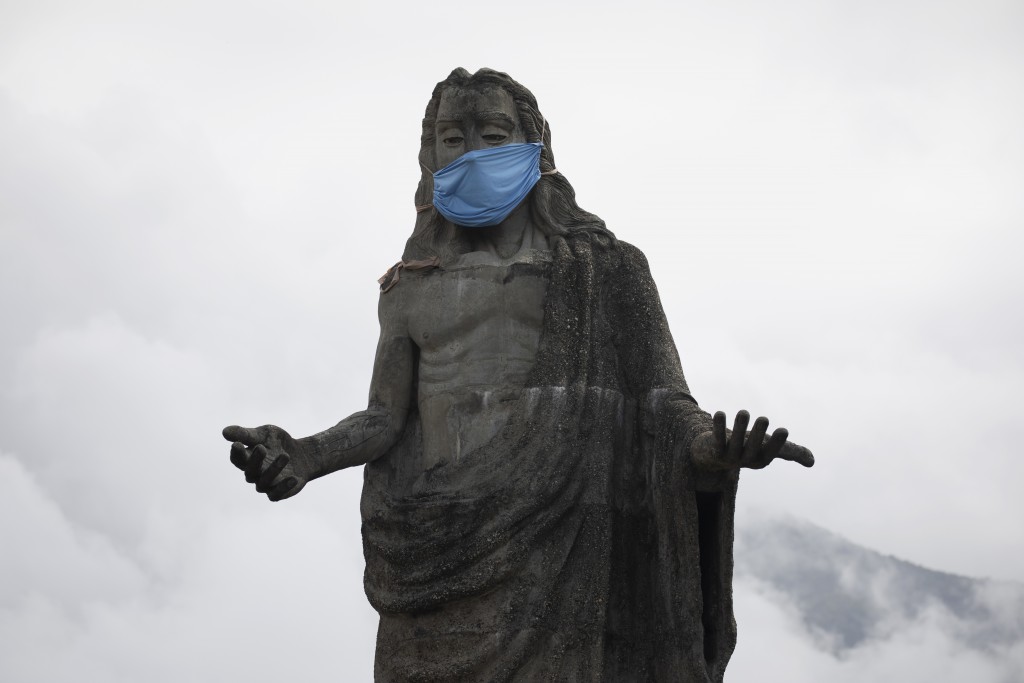 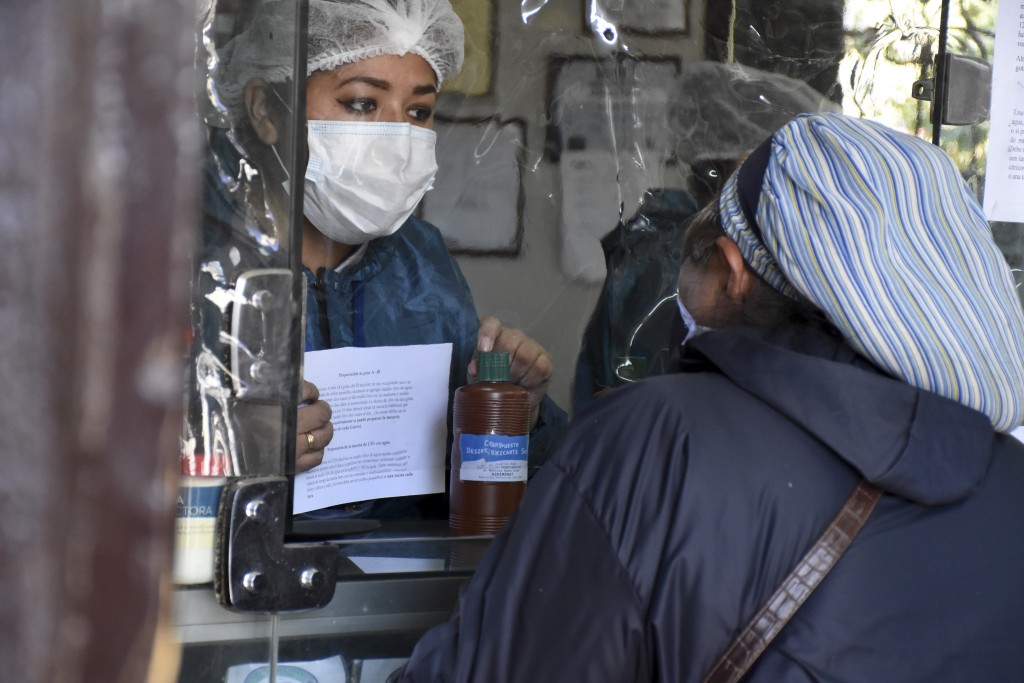 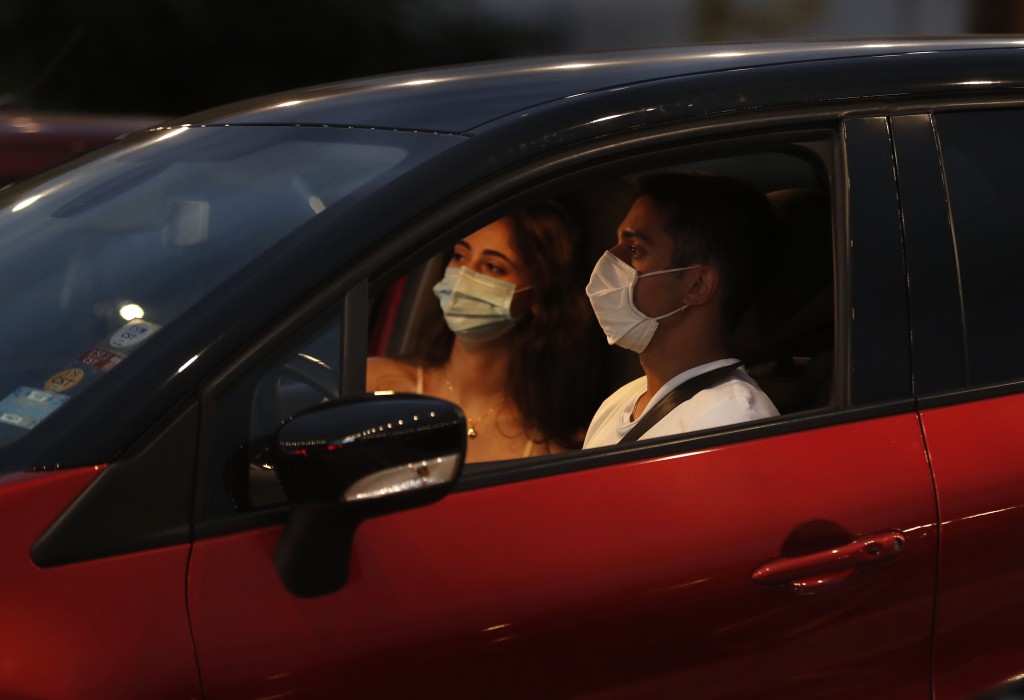 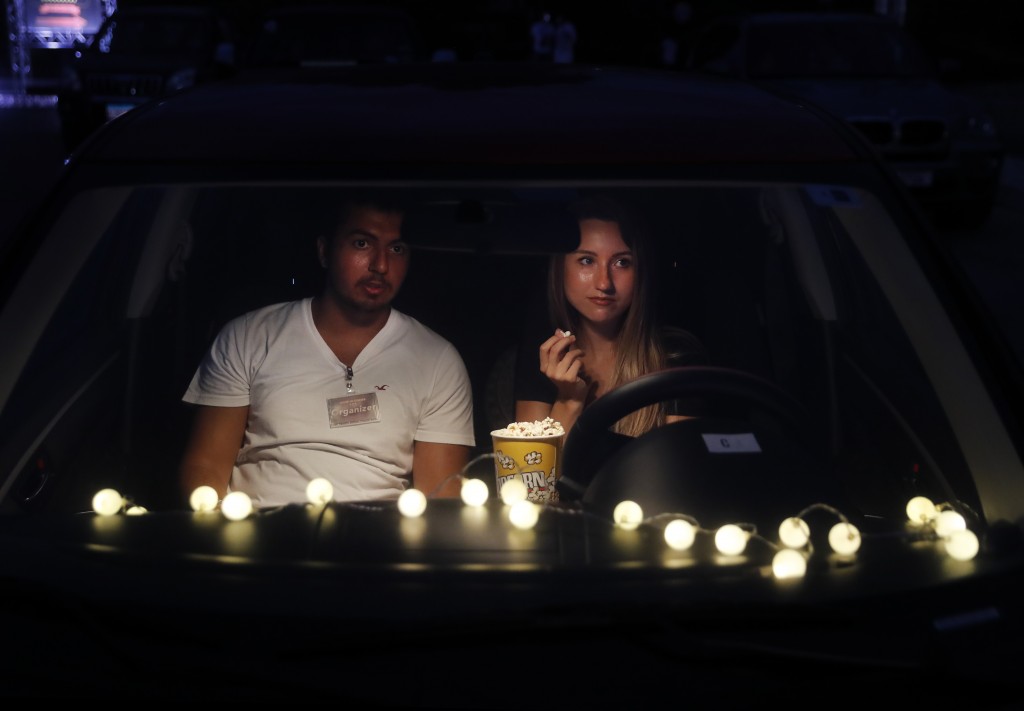 The Health Department said Saturday that two more Victorians, a man and a woman both aged in their 80s, had died, taking the state’s death toll to 34 and Australia’s national total to 118.

Victorian Premier Daniel Andrews said the latest numbers were encouraging but warned it was just one day.

He says “we’d want to see a pattern where there’s stability and then a decrease.” He urged residents in metropolitan Melbourne to remain diligent during a six-week lockdown -- “being bored is much better than being in intensive care.”

— Treasury Secretary Steven Mnuchin is urging Congress to quickly enact a new pandemic relief package targeting hardest-hit swaths of the economy, as lawmakers race to stand up federal aid in the face of the latest spike in coronavirus cases across much of the Sun Belt and persistent severe unemployment.

— Evidence behind what role children play in the coronavirus pandemic and how it affects them is inconclusive, despite the Trump administration’s position that the science is clear.

— Fresh studies give more information about what treatments do or don’t work for COVID-19, with high-quality methods that give reliable results.

Mexico now has more than 35,000 deaths from the pandemic, the fourth highest total in the world. It also has recorded over 324,000 cases, somewhere around the seventh-highest level.

President Andrés Manuel López Obrador says he is concerned about the situation in Tabasco, where he was born. He says a state hospital there will be expanded to handle more patients.

BEIJING — The number of confirmed cases in a new COVID-19 outbreak in China’s far west has risen to 17.

The National Health Commission said Saturday that 16 more cases were identified Friday in the Xinjiang region, on top of a first case the previous day.

The outbreak in the city of Urumqi is the latest to pop up since China largely contained the domestic spread of the virus in March. The largest was a recent outbreak in Beijing that infected more than 330 people.

Chinese media say authorities in Urumqi have reduced subway, bus and taxi service and closed off some residential communities. They also placed restrictions on people leaving the city.

China has been accused of human rights abuses in Xinjiang, the homeland of the largely Muslim Uighur ethnic community. The region has long been blanketed with extreme security, which China says is necessary to prevent terrorist activity.

SEOUL, South Korea -- Authorities in South Korea say most of the country's new coronavirus cases are coming from abroad.

The officials have expressed optimism that the recent resurgence of infections is being brought under control. They say imported cases are less threatening than local transmissions because South Korea is mandating testing and enforcing two-week quarantines on all people arriving from other nations.

South Korea’s Centers for Disease Control and Prevention said Saturday that at least 28 of 39 newly confirmed cases were tied to people arriving from abroad. It says 18 others involved local transmission in the densely populated Seoul area, which was at the center of the virus resurgence that began in late May as people increased economic and social activities.

In all, South Korea has reported 13,711 confirmed cases during the pandemic, including 294 deaths.

CANBERRA, Australia — Australian Prime Minister Scott Morrison is moving to cancel the next two-week sitting of parliament because of the recent spread of the coronavirus in parts of the country.

Parliament has been scheduled to meet Aug. 4-13 and then sit again for a two-week session starting Aug. 24.

Morrison said Saturday that he has written to the parliamentary speaker asking for a cancellation, but the request is considered only a formality.

In a statement, the prime minister says acting Chief Medical Officer Paul Kelly has advised that there would be “significant risks” in holding a meeting of parliament due to increased community transmission of the coronavirus in Victoria state as well as trends in New South Wales.

AUSTIN, Texas — The deadliest month of the pandemic in Texas continues, with state officials reporting 174 new deaths, the most in one day since the coronavirus outbreak began.

Texas also reported more than 10,000 confirmed new cases Friday for the fourth consecutive day. The rate of positive cases also climbed above 17% for the first time.

Officials on the Texas-Mexico border, which has been especially hard hit, say hotels could be converted into medical units as early as next week.

The grim markers were announced hours after Texas gave public schools permission to keep campuses closed for more than 5 million students well into the fall. Nearly a third of the more than 3,700 coronavirus deaths in Texas have come in July.

SACRAMENTO, Calif -- California has recorded its third-highest daily total of new coronavirus cases, two days after reporting its second most cases in a day.

The state reported nearly 10,000 new cases and 130 deaths Friday, during a week of seesawing positive case figures that ranged from 7,346 to as high as 11,126 on Wednesday.

The daily positive test rate went down a bit, to 7.1% over the past seven days, compared to 7.4% for the past 14 days. California tested more than 120,000 people a day during most of the past week.

Gov. Gavin Newsom announced strict criteria Friday for school reopenings that make it unlikely the vast majority of districts can return to classroom instruction in the fall.

CHICAGO — Most Chicago children would return to the classroom two days a week and spend the other three days learning remotely once the school year begins, under a tentative plan outlined Friday.

A final decision about in-person instruction for fall classes won’t come until late August, with classes set to begin Sept. 8.

“We have to be ready for any possibility,” Mayor Lori Lightfoot said. “COVID-19 has been unpredictable from the start and we have a responsibility to be prepared for what the public health indicators dictate, whether that means remote learning, in-person learning or something in between.”