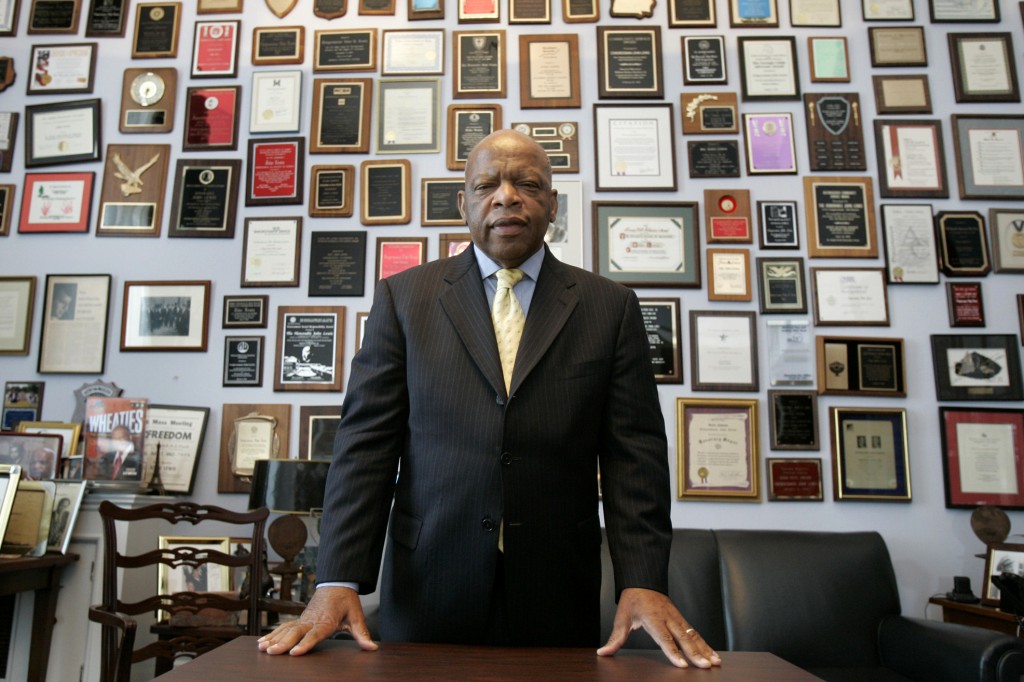 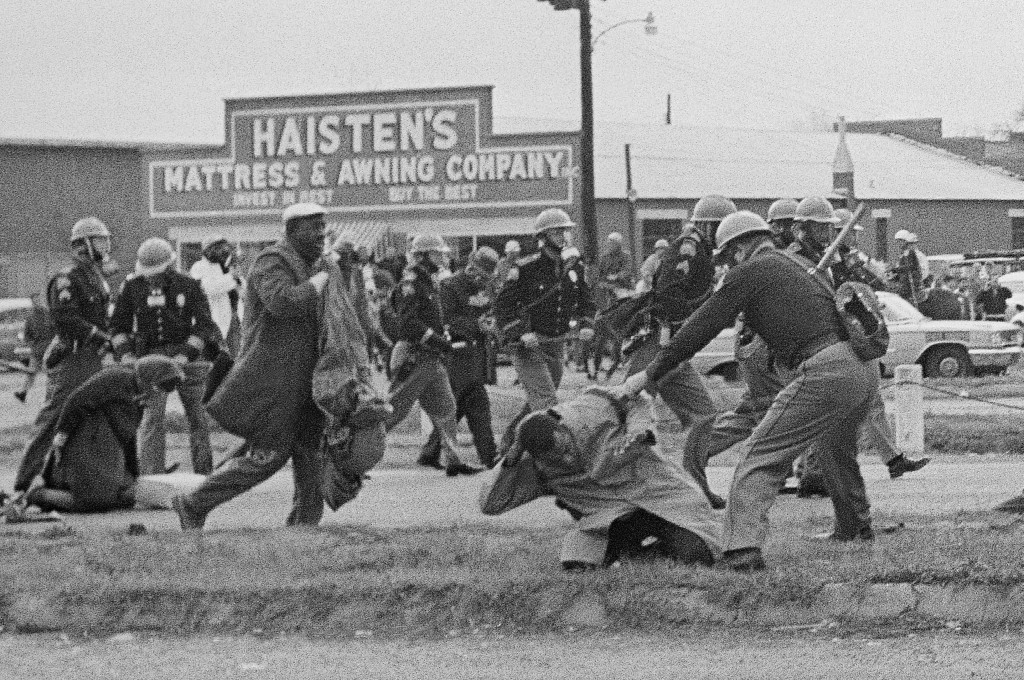 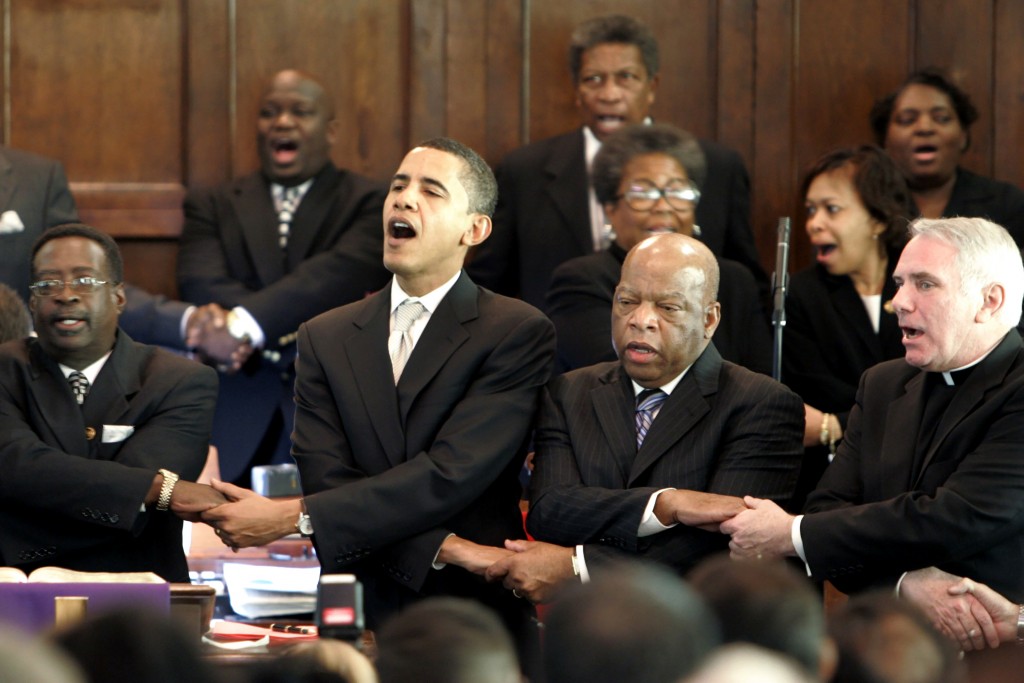 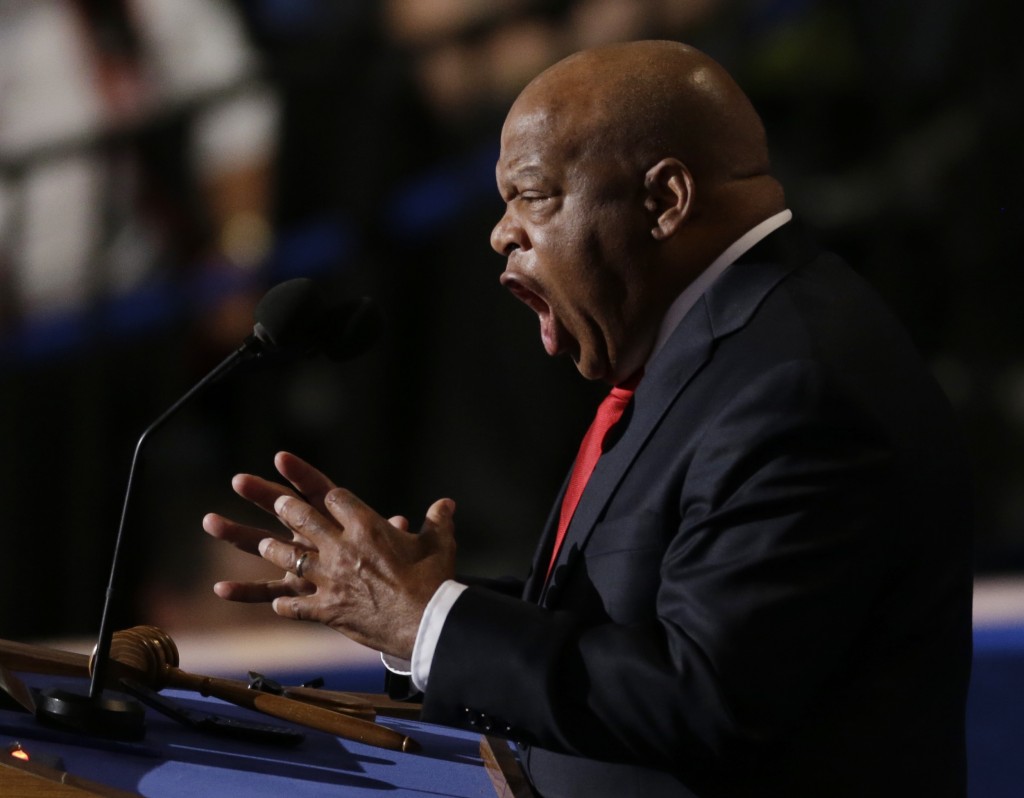 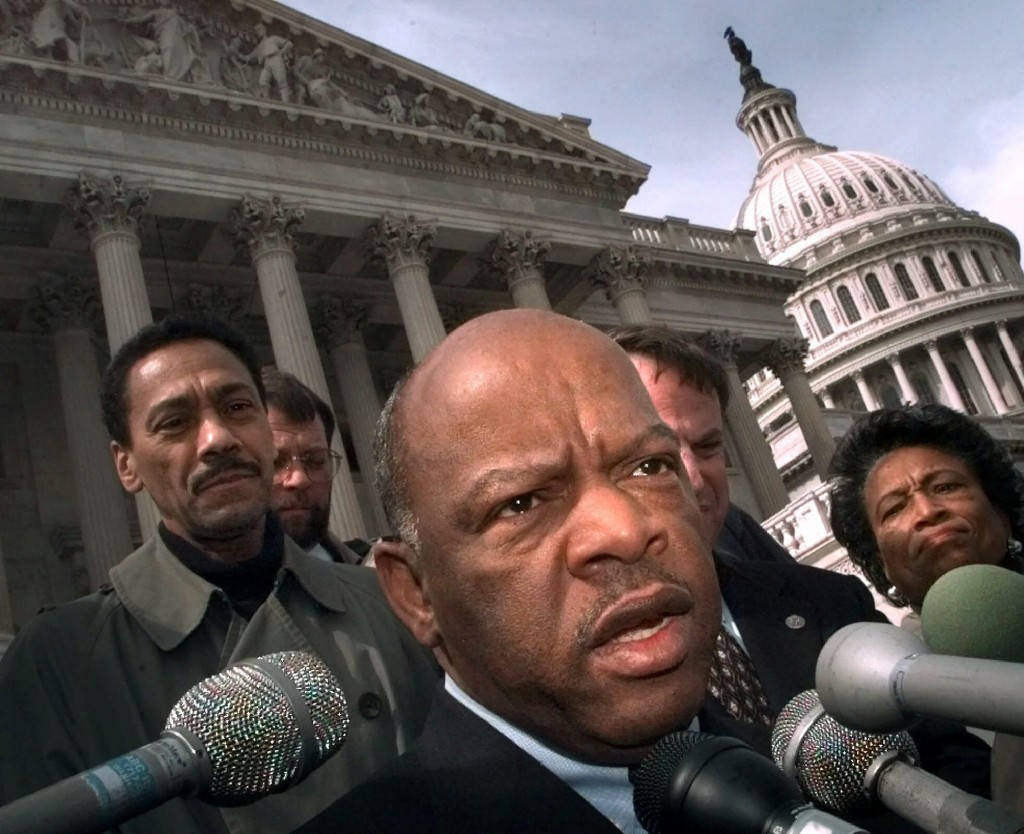 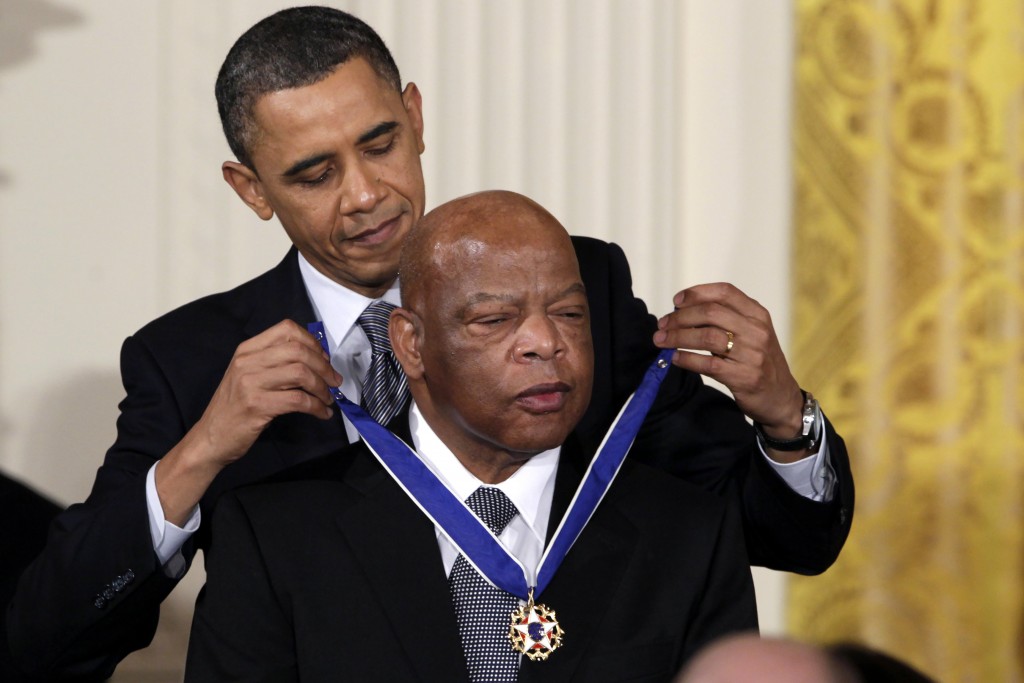 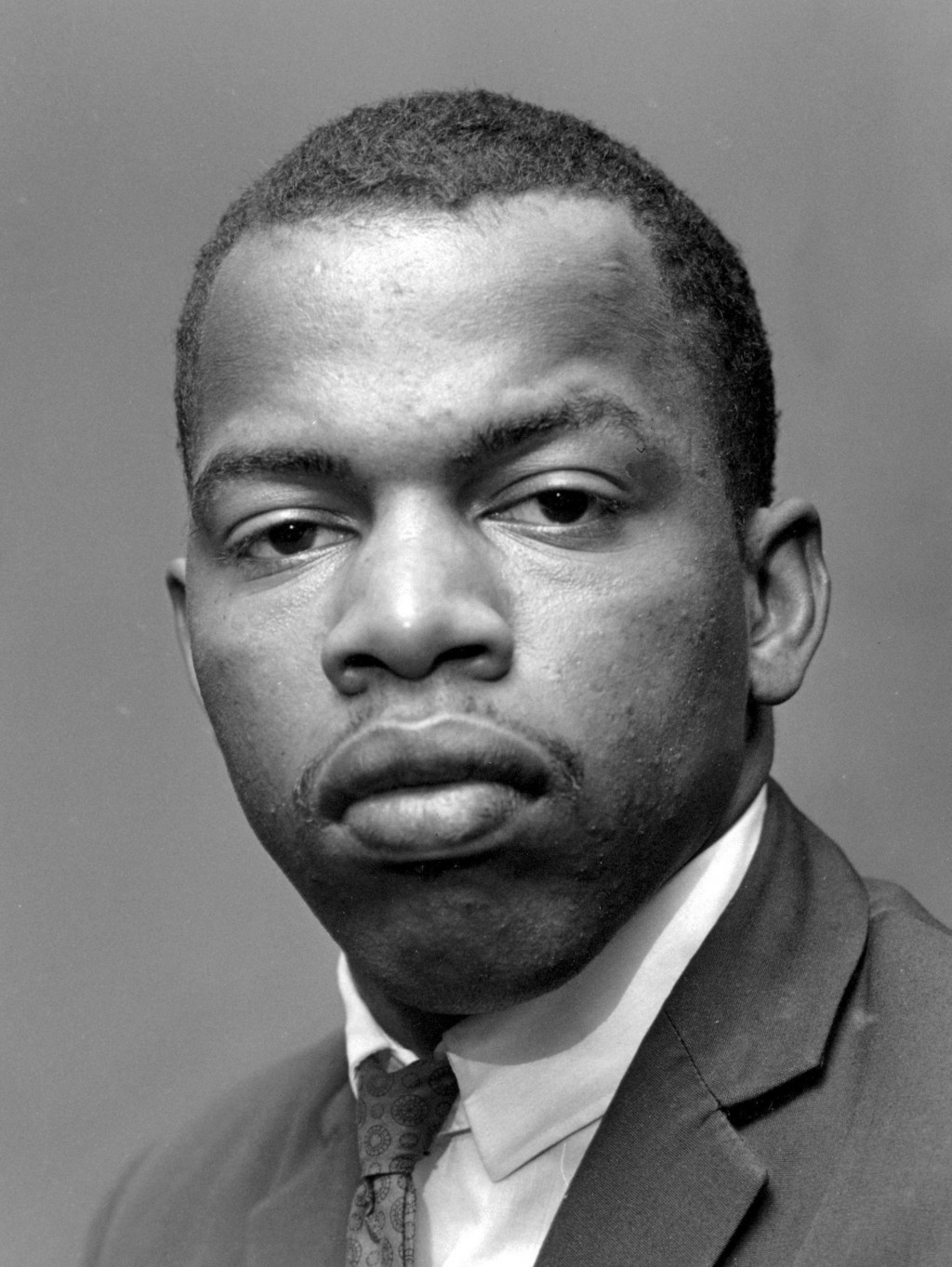 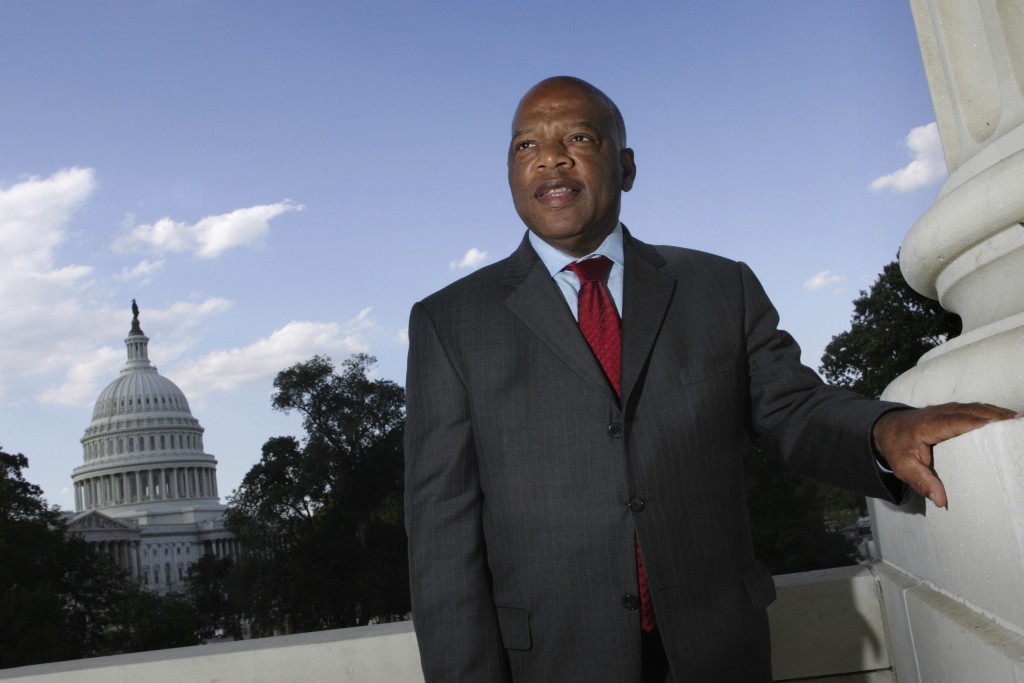 WASHINGTON (AP) — People paid great heed to John Lewis for much of his life in the civil rights movement. But at the very beginning — when he was just a kid wanting to be a minister someday — his audience didn’t care much for what he had to say.

A son of Alabama sharecroppers, the young Lewis first preached moral righteousness to his family’s chickens. His place in the vanguard of the 1960s campaign for Black equality had its roots in that hardscrabble Alabama farm and all those clucks.

Lewis, who died Friday at age 80, was the youngest and last survivor of the Big Six civil rights activists who organized the 1963 March on Washington, and spoke shortly before the group’s leader, Rev. Martin Luther King Jr., gave his “I Have a Dream” speech to a vast sea of people.

If that speech marked a turning point in the civil rights era — or at least the most famous moment — the struggle was far from over. Two more hard years passed before truncheon-wielding state troopers beat Lewis bloody and fractured his skull as he led 600 protesters over Selma’s Edmund Pettus Bridge.

“The American public had already seen so much of this sort of thing, countless images of beatings and dogs and cursing and hoses,” Lewis wrote in his memoirs. “But something about that day in Selma touched a nerve deeper than anything that had come before.”

That bridge became a touchstone in Lewis’s life. He returned there often during his decades in Congress representing the Atlanta area, bringing lawmakers from both parties to see where “Bloody Sunday” went down.

Lewis earned bipartisan respect in Washington, where some called him the “conscience of Congress.” His humble manner contrasted with the puffed chests on Capitol Hill. But as a liberal on the losing side of many issues, he lacked the influence he’d summoned at the segregated lunch counters of his youth, or later, within the Democratic Party, as a steadfast voice for the poor and disenfranchised.

“John is an American hero who helped lead a movement and risked his life for our most fundamental rights; he bears scars that attest to his indefatigable spirit and persistence,” House Majority Leader Steny Hoyer said after Lewis announced his cancer diagnosis.

He was a 23-year-old firebrand, a founder of the Student Nonviolent Coordinating Committee, when he joined King and four other civil rights leaders at the Roosevelt Hotel in New York to plan and announce the Washington demonstration. The others were Whitney Young of the National Urban League; A. Philip Randolph of the Negro American Labor Council; James L. Farmer Jr., of the interracial Congress of Racial Equality; and Roy Wilkins of the NAACP.

At the National Mall months later, he had a speaking slot before King and toned down his intended remarks, bowing to pressure that “incensed” him.

“I wanted it to have an air of militancy,” Lewis said.

He dropped a reference to leading a “scorched earth” campaign across the South, like Civil War Maj. Gen. William Tecumseh Sherman’s March to the Sea. (“John, that doesn’t sound like you,” he recalled King telling him.) He scaled back criticism of President John Kennedy’s civil rights record.

It was a potent speech nonetheless. He vowed: “By the forces of our demands, our determination and our numbers, we shall splinter the segregated South into a thousand pieces and put them together in an image of God and democracy.”

His words were soon and for all time overshadowed by the speech of King. “He changed us forever,” Lewis said of King’s oratory that day.

But the change the movement sought would take many more sacrifices.

After months of training in nonviolent protest, demonstrators led by Lewis and the Rev. Hosea Williams began a march of more than 50 miles from Selma to Alabama’s capital in Montgomery. They didn’t get far: On March 7, 1965, a phalanx of police blocked their exit from the Selma bridge. Authorities swung truncheons, fired tear gas and charged on horseback, sending many to the hospital. The nation was horrified.

“This was a face-off in the most vivid terms between a dignified, composed, completely nonviolent multitude of silent protesters and the truly malevolent force of a heavily armed, hateful battalion of troopers,” Lewis wrote. “The sight of them rolling over us like human tanks was something that had never been seen before. People just couldn’t believe this was happening, not in America.”

King swiftly returned to the scene with a multitude, and the march to Montgomery was made whole before the end of the month.

Lewis was born on Feb. 21, 1940, outside Troy, in Alabama’s Pike County. He attended segregated public schools and was denied a library card because of his race, but he read books and newspapers avidly, and could rattle off obscure historical facts even in his later years.

He was a teenager when he first heard King, then a young minister from Atlanta, preach on the radio. They met after Lewis wrote him seeking support to become the first Black student at his local college. He ultimately attended the American Baptist Theological Seminary and Fisk University instead, in Nashville, Tennessee.

Soon, the young man King nicknamed “the boy from Troy” was organizing sit-ins at whites-only lunch counters and volunteering as a Freedom Rider, enduring beatings and arrests while challenging segregation around the South. Lewis helped form the Student Nonviolent Coordinating Committee to organize this effort, led the group from 1963 to 1966 and kept pursuing civil rights work and voter registration drives for years thereafter.

President Jimmy Carter appointed Lewis to lead ACTION, a federal volunteer agency, in 1977. In 1981, he was elected to the Atlanta City Council, and then won a seat in Congress in 1986.

Humble and unfailingly friendly, Lewis was revered on Capitol Hill. When Democrats controlled the House, he tried to keep them unified as his party’s senior deputy whip, a behind-the-scenes leadership post. The opening of the Smithsonian’s National Museum of African American History and Culture was a key victory. But as one of the most liberal members of Congress, spending much of his career in the minority, he often lost policy battles, from his effort to stop the Iraq War to his defense of young immigrants.

Lewis also met bipartisan success in Congress in 2006 when he led efforts to renew the Voting Rights Act, but the Supreme Court invalidated much of the law in 2013, and it became once again what it was in his youth, a work in progress.

Lewis initially endorsed Hillary Rodham Clinton in the 2008 Democratic presidential primary, but belatedly backed Barack Obama when it became clear he had more Black support. After Obama’s swearing-in, he signed a commemorative photograph for Lewis that reflected much more than his endorsement, writing “Because of you, John. Barack Obama.” Later, they marched hand in hand in Selma on the 50th anniversary of the attack.

And when Obama was succeeded by a president who sought to dismantle much of his legacy, Lewis made no effort to hide his pain.

Lewis refused to attend Donald Trump’s inauguration, saying he didn’t consider him a “legitimate president” because Russians had conspired to get him elected. When Trump later complained about immigrants from “s---hole countries,” Lewis declared, “I think he is a racist ... we have to try to stand up and speak up and not try to sweep it under the rug.”

Lewis said he’d been arrested 40 times in the 1960s, five more as a congressman. At 78, he told a rally he’d do it again to help reunite immigrant families separated by the Trump administration.

“There cannot be any peace in America until these young children are returned to their parents and set all of our people free,” Lewis said. “If we fail to do it, history will not be kind to us,” he shouted. “I will go to the border. I’ll get arrested again. If necessary, I’m prepared to go to jail.”

In a speech the day of the House vote to impeach Trump, Lewis explained the importance of that vote.

“When you see something that is not right, not just, not fair, you have a moral obligation to say something, to do something. Our children and their children will ask us ‘what did you do? what did you say?” While the vote would be hard for some, he said: We have a mission and a mandate to be on the right side of history.”

Lewis announced in late December 2019 that he had been diagnosed with advanced pancreatic cancer.

“I have never faced a fight quite like the one I have now,” he said at the time.

“I’ve seen courage in action on many occasions,” the late Republican Sen. John McCain of Arizona, a Navy pilot tortured in Vietnam, once said. “I can’t say I’ve seen anyone possess more of it, and use it for any better purpose and to any greater effect, than John Lewis.”

Lewis’ wife of four decades, Lillian Miles, died in 2012. They had one son, John Miles Lewis.

If the Voting Rights Act that Lewis cherished was a work in progress, so was America, Lewis observed as he spoke once again from the Lincoln Memorial, a half-century after the March on Washington.

“Fifty years later we can ride anywhere we want to ride, we can stay where we want to stay,” he said that day in August 2013. “Those signs that said ‘white’ and ’colored are gone. And you won’t see them anymore except in a museum, in a book, on a video.

“But there are still invisible signs buried in the hearts in humankind that form a gulf between us. Too many of us still believe our differences define us instead of the divine spark that runs through all of human creation.”

Then came the cheers and applause. This time he was no warm-up act for a giant of history. This was his moment, and there was not a cluck to be heard.