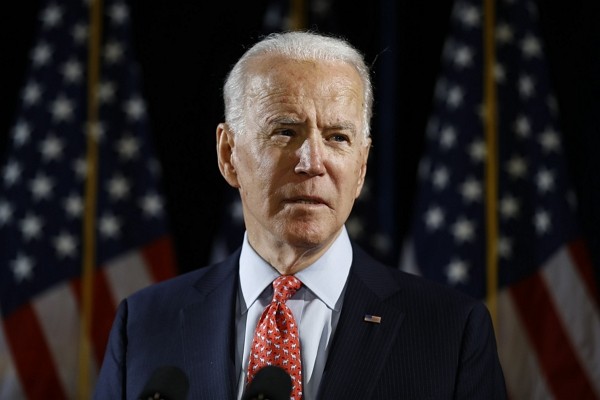 TAIPEI (Taiwan News) — U.S. Democratic presidential candidate Joe Biden has adopted a tougher stance against the Chinese Communist Party (CCP) after undergoing a strategic "tectonic shift" over the past year, according to an editorial run by The Diplomat.

Yang pointed out that Biden has been known for his support of U.S. engagement with China and ambiguous attitude toward Taiwan, but his withering criticism of the CCP for human rights violations in Xinjiang and its new national security law in Hong Kong could indicate a change in his China approach.

The writer noted that both Biden and his Republican opponent, U.S. President Donald Trump, have made China the main feature of their campaigns. According to Yang, Biden referred to Chinese Communist Party (CCP) General Secretary Xi Jinping (習近平) as a "thug" for his prosecution of the Uighurs.

He challenged the CCP's no-fly zone claim and its crackdown on Hong Kong. He was also one of the first U.S. politicians to congratulate Taiwan President Tsai Ing-wen (蔡英文) on her re-election in January this year.

Yang said the previous Democratic consensus was that China did not pose enough of a threat to U.S. supremacy, but that has changed as a result of Beijing's increasingly obvious ambitions to "achieve global hegemony" through military and political influence.

In regard to Taiwan, Yang said the country has been described by U.S. authorities as an "offshore rebuke" to discomfit the CCP, while its successful prevention measures against the Wuhan coronavirus pandemic have embarrassed the authoritarian regime.

Some officials have also suggested using Taiwan as an alternative to China for U.S. supply chains, said Yang. He stressed that strong action against China has been supported by members of both parties, and the old, cooperative U.S.-China relationship no longer exists.

He said there are no guarantees for Taiwan, regardless of November's election outcome in the U.S. However, Biden, the democratic presidential hopeful, must reconsider the validity of the previously followed "one China" policy advocated by Beijing.

Despite recent indications of a shift in Biden's stance on China, Trump continues to criticize him for his pro-China policies over the years. Former Taiwan legislator Chai Trong-rong (蔡同榮) has also warned about Biden's unfavorable attitude toward Taiwan, accusing him of opposing the Taiwan Security Enhancement Act and advocating strategic ambiguity toward the island nation, reported Yahoo News.