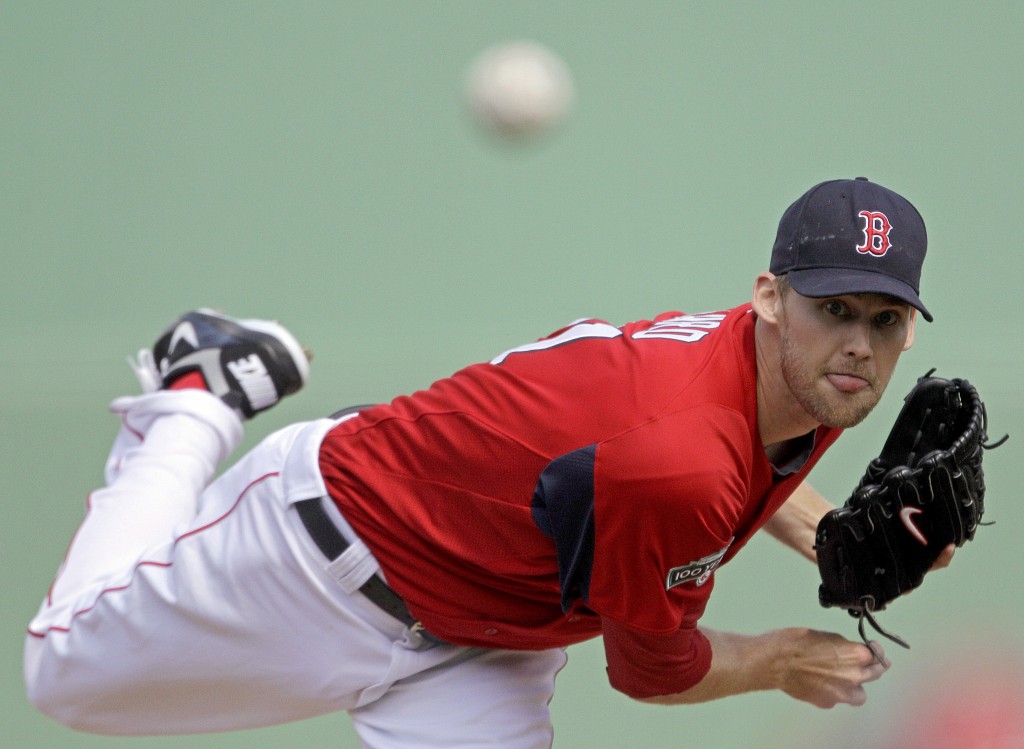 Through a half-dozen comeback attempts since his last appearance in the big leagues in 2013, Bard couldn’t rediscover his control and finally settled into a job last year as a player mentor and mental skills coach for the Arizona Diamondbacks.

In addition to offering advice or just a shoulder to players, he’d shag fly balls and play some catch during warm-ups. Soon, players began telling him his throws were pretty nasty and wondered why he wasn’t on a big league mound himself.

Intrigued, Bard got back on a mound in January in Charlotte, North Carolina.

“I was throwing mid-90s, throwing strikes with ease, and I hadn’t done that in eight years,” Bard said. “So, that was when I was like, `OK, I think I’m going to give this serious consideration.'”

Rockies manager Bud Black informed Bard, 34, on Friday that he’d made the roster.

“It’s going to be a great story when he comes back and pitches well,” Black said. “We’re optimistic about that.”

Even though it’s been more than seven years since he last pitched in the majors, Bard said he’s not even thinking about that first batter he’ll face when the 60-game season gets under way later this month.

“I haven’t even gotten there yet,” Bard said. “In many ways, I think just getting on a mound in the spring training games back in March was as big a hurdle as any and then having the chance to pitch in these intrasquad games” this month when teams reconvened following the coronavirus-caused delay.

“I’m sure there’ll be a little more adrenaline once we get the real thing going next week, but I’ll just take it one step at a time and trust that it’s going to be similar to what’s been going on," Bard said.

Bard was considered the closer in waiting in Boston after a quick climb to the big leagues. The 28th overall pick in the 2006 draft, he reached the majors in 2009 and in his first 197 innings posted a 2.88 ERA with a whopping 9.7 strikeouts per nine innings.

He developed control issues in 2012 when his ERA ballooned to 6.22 and soon he was in the grips of a full-blown case of the yips, unable to consistently find the plate with any of his pitches. An abdominal injury limited him to just two appearances in 2013, and in subsequent seasons he had failed comeback attempts with the Rangers, Cardinals and Mets.

The Rockies gave him one last shot this year and he made the most of it, regaining not just his control but his confidence with a stellar spring and strong summer when he returned home to Greenville, South Carolina, during the coronavirus pandemic.

Just in signing a minor league deal with an invitation to spring training, “I was like, `This is really cool,'" Bard said. "I never thought I’d pitch (again) in any big league game, spring training or not.”

This spring, he finally felt comfortable again on the mound and in his skin.

“I’d signed all sorts of deals from 2012-17, a lot of different teams, trying to get back and I just was never comfortable because I wasn’t confident in what I was doing on the field,” Bard said. “And so much of my identity was tied up in that, so even in a clubhouse setting, any time you’re part of a team you want to be the guy who can pull his own weight. And I was terrible. I couldn’t throw strikes and I wasn’t a contributor, so that just makes you feel like you’re added baggage and weight that everybody else is having to take care of.

“Being in the clubhouse this year, I knew I was different out on the mound.”

Not even the hiatus from his teammates between mid-March and mid-July dampened Bard’s mood. Bard said that time back home in Greenville simulated the minor league stint he expected to start the season.

“It was a good thing for me, honestly,” he said. “It was a huge blessing in disguise. I was able to go home, I had a great group of guys to go work out with. We had the stadium opened to us and I was able to throw like 10-12 live BPs to Triple-A and big league hitters and got tons of feedback, got real comfortable with my repertoire.”

He had a couple of nervous moments when summer camp began at Coors Field earlier this month but he quickly saw that his sinker had enough movement at altitude.

“Maybe not exactly like at sea level but it definitely has enough movement to be a decent pitch,” he said.

In this weirdest of seasons, Bard figures he might be the biggest beneficiary. His control issues never had anything to do with performance anxiety in front of huge crowds, so the empty stands won’t bother him one bit, he said.

“If anything I’m very accustomed to pitching with no fans,” he said, “given all the back fields I’ve had to throw on.”