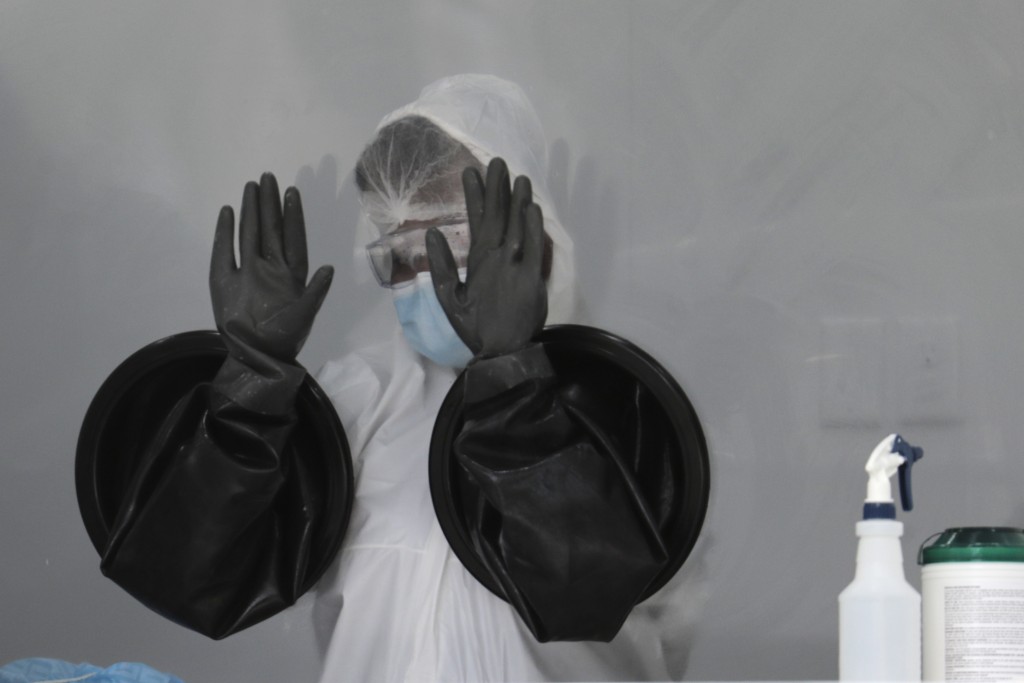 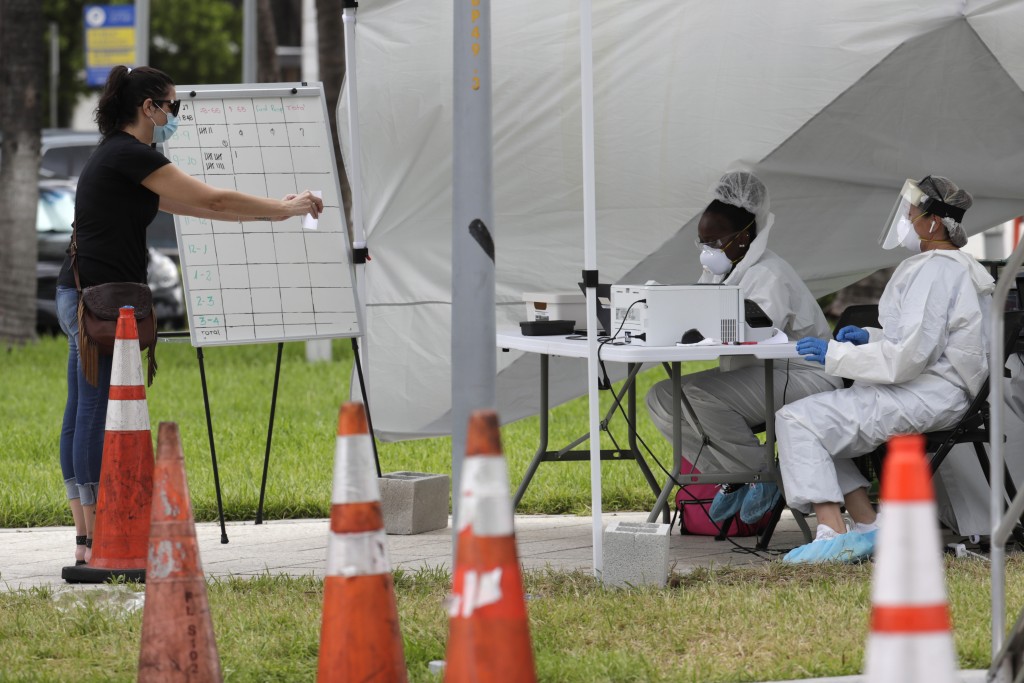 WASHINGTON (AP) — Here are some snapshots from what President Donald Trump describes as the nation with the “best testing in the world" for the coronavirus:

In Sun Belt states where the virus is surging, lines of cars with people seeking tests snake for hours in the beating sun, often yielding results so far after the fact that they're useless.

In Pittsburgh, adults who are afraid they’ve been exposed to the coronavirus are being asked to skip testing if they can quarantine at home for 14 days to help reduce delays and backlogs.

In Hawaii, the governor will wait another month to lift a two-week quarantine on visitors because of test supply shortages and delays that potential visitors are facing in getting results.

The White House insists it’s giving states whatever they need. But public health experts say the testing system is in shambles and federal leadership is lacking. Trump's persistent salesmanship about the prowess of testing in the United States is colliding with a far different reality for those affected by the explosion in coronavirus cases.

The long lines and processing delays are contributing to the virus’ spread and upending plans to reopen stores, schools and other activities that are vital to the economic rebound that Trump himself is intent on bringing about.

“We have the best testing in the world,” the president insisted Tuesday. He falsely claimed “the cases are created because of the fact that we do tremendous testing.”

But U.S. testing on a per-capita basis lags other countries that have done a far better job of controlling their outbreaks. And state, local and federal officials are warning of the consequences of testing bottlenecks — including tests rendered useless because results come too late.

“It’s essentially worthless to have a test result that comes back after 48 hours,” said Dr. Leana Wen, an emergency physician and public health professor at George Washington University who previously served as Baltimore’s health commissioner. She explained that after that time, the window to begin contact tracing and prevent additional infections has essentially closed.

“We are nowhere near being able to rein in this virus with the amount of testing we have available at the moment,” she added. “Testing is the linchpin.”

The Trump administration plays down the problem.

Adm. Brett Giroir, assistant health secretary, says more than half of U.S. states are processing test results in three days or less, adding “everybody is doing a really good job as much as they can.”

Guidelines issued by the Centers for Disease Control and Prevention recommend that states, as they lift final virus restrictions, have a turnaround time under two days.

White House press secretary Kayleigh McEnany suggests that it's states that need to do more.

“There are various different types of tests in this country," she said Thursday. "Some take longer to process than others. But we have surged testing to the states and we encourage them to use it to their best ability and to process those tests as quickly as possible.”

Yet even Republican governors say they need more federal help.

“We expected something more than constant heckling from the man who was supposed to be our leader," Hogan wrote in an op-ed in The Washington Post this week. "Trump soon disabused us of that expectation.

“On April 6, he declared that testing wasn’t Washington’s responsibility after all," Hogan went on. “'States can do their own testing,'" he quoted Trump as saying. “'We’re the federal government. We’re not supposed to stand on street corners doing testing.'”

Whoever is responsible for testing shortfalls, the result is working against Trump's own goals to move beyond the virus and get the economy moving.

In Hawaii, Democratic Gov. David Ige said a shortage of chemical reagents used in testing was one reason the state will delay a plan to make it easier for tourists to visit. It was a huge disappointment to many in Hawaii hoping for a surge in tourism to reopen hotels, get people back to work and reduce the state’s 22.6% unemployment rate.

In Pennsylvania’s Allegheny County, which encompasses Pittsburgh and 1.2 million residents, health officials are trying to triage the demand for tests. Dr. Debra Bogen, director of the county’s Health Department, is asking adults who are concerned that they were exposed, but do not have symptoms, to put off getting tested.

Even as the White House sticks with its rosy outlook, the U.S. government’s top official in charge of coronavirus testing is urging Americans not to get retested for COVID-19 to confirm they’ve recovered.

“It’s clogging up the system,” Giroir said. He said U.S. officials will soon issue guidelines explicitly recommending against the practice, except for patients in the most severe cases.

The American Clinical Laboratory Association said many of its labs are being stretched beyond capacity or don’t have the supplies they need, and this week encouraged members to give priority to “those most in need, especially hospitalized and symptomatic patients.”

“I feel a bit like a broken record — nothing has really changed,” said Dr. Carmen Wiley, president of the American Association of Clinical Chemistry. "There’s a huge disconnect between what the task force indicates is happening and what we are truly experiencing in the field.”

U.S. officials are aiming to increase the use of rapid tests to shorten turnaround times. Those tests can usually be developed in 15 minutes or less and be performed at testing sites, doctor’s offices and clinics. They tend to be less accurate than the tests that need to be processed at clinical laboratories.

This week U.S. health officials announced they would begin shipping rapid testing machines and kits to nursing homes in COVID-19 hot spots. The goal is to eventually provide the equipment to all nursing homes in the U.S.

The Health and Human Services Department has also been establishing surge test sites in hot spot areas to increase testing for vulnerable populations, said Devin O’Malley a spokesman for Vice President Mike Pence, who is leading the coronavirus task force.

“The on-the-ground experience, in fact, is borne out by the data,” Gostin said. “We don’t have the testing kits. We don’t have the labs to process it. There are backlogs. All of this is very unhelpful.”