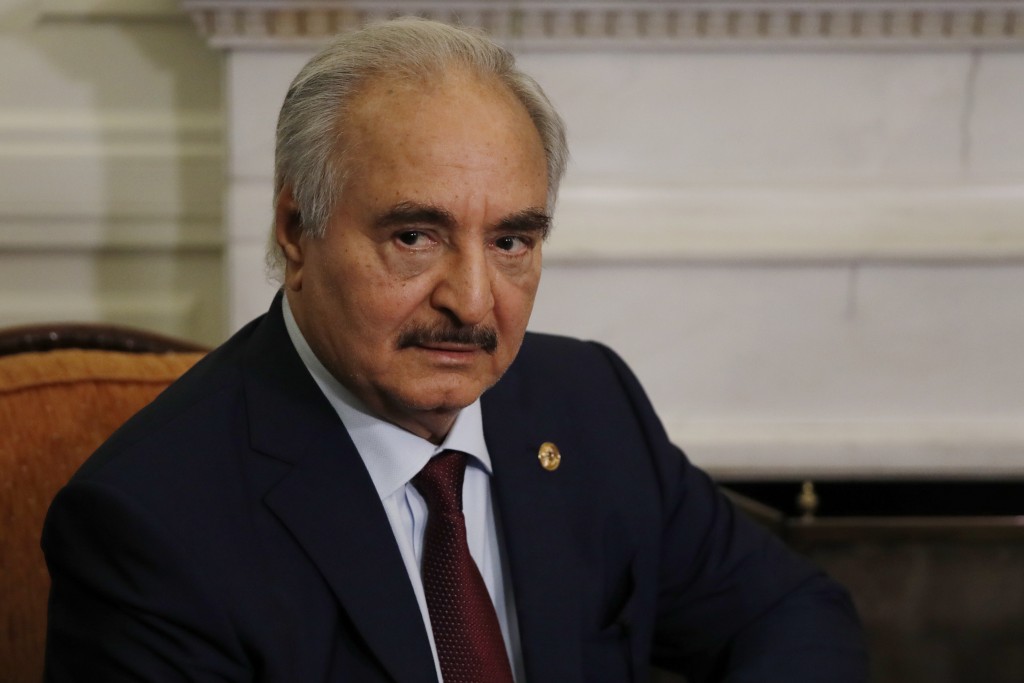 Turkey sent between 3,500 and 3,800 paid Syrian fighters to Libya over the first three months of the year, the U.S. Defense Department’s inspector general concluded in a new report, its first to detail Turkish deployments that helped change the course of Libya's ongoing war.

The report comes as the conflict in oil-rich Libya has escalated into a regional proxy war fueled by foreign powers pouring weapons and mercenaries into the country. The U.S. military has grown increasingly concerned about Moscow’s growing influence in Libya, where hundreds of Russian mercenaries have backed an attempt to capture the capital, Tripoli.

Despite widespread reports of the fighters’ extremist links, it said the U.S. military found no evidence to suggest the mercenaries were affiliated with the Islamic State group or al-Qaida, and that they instead were “very likely” motivated by generous financial packages — rather than ideology or politics.

The report covered only the first quarter of the year, until the end of March — two months before a string of Turkish-backed victories by the Tripoli forces ousted Hifter’s self-styled army from the capital’s suburbs, its stronghold Tarhuna and key western airbase.

The reversal of fortunes for Hifter and his foreign backers, including Egypt, Russia and the United Arab Emirates, trained the spotlight on Turkey’s deepening role in the proxy war.

The report also said the Turkish deployments likely increased ahead of the Tripoli forces' triumphs late May. It cited the U.S. Africa Command as saying that said 300 Turkish-supported Syrian rebels landed in Libya in early April. Turkey also deployed an “unknown number” of Turkish military troops during the first months of the year, the inspector general added.

To the consternation of regional rivals and NATO allies like France, Turkey is staking its hopes for increased leverage in the eastern Mediterranean on the Tripoli government. Ankara's open military intervention stands in contrast to covert support from foreign backers on the other side of the conflict, such as Russia.

The inspector general had reported in its last quarterly review that Russia brought in hundreds of mercenaries to back Hifter’s months-long siege of Tripoli. A private Kremlin-linked military company known as the Wagner Group first introduced skilled snipers and armed drones last fall, inflicting “significant casualties” on Tripoli forces struggling to fend off Hifter’s assault. The group allows Putin to “fight covert wars, hide casualties from the Russian public, and mitigate international repercussions," the report said.

This year, in response to Turkey's new shipments of battle-hardened Syrians, Wagner increased its deployment of foreign fighters, including Syrians, with estimates ranging from 800 to 2,500 mercenaries. Russia and the Syrian government agreed to send 300 to 400 former opposition rebels from the southwest village of Quneitra to Libya in exchange for a $1,000 per month salary and clemency from President Bashar Assad, the report added.

In May, the Pentagon accused Russia of sending a squadron of at least 14 warplanes to a central Libyan airbase, which it alleged were repainted in Syria to hide their Russian origin. Earlier this week, it alleged Russian mercenaries had planted land mines and other booby-trap explosives around Tripoli — which the U.N. reported had so far killed 52 people and wounded 96, including civilians and mine clearance operators.

On Thursday, Kremlin spokesman Dmitry Peskov dismissed the U.S. military's accusations, insisting “the Russian military is not involved in any processes in Libya in any way.”