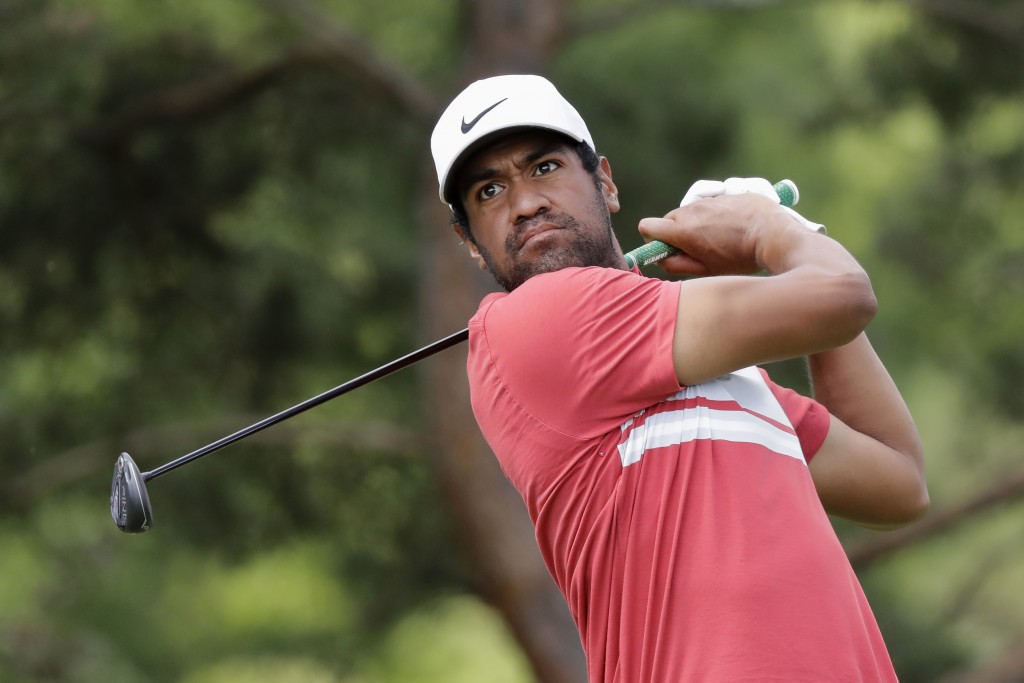 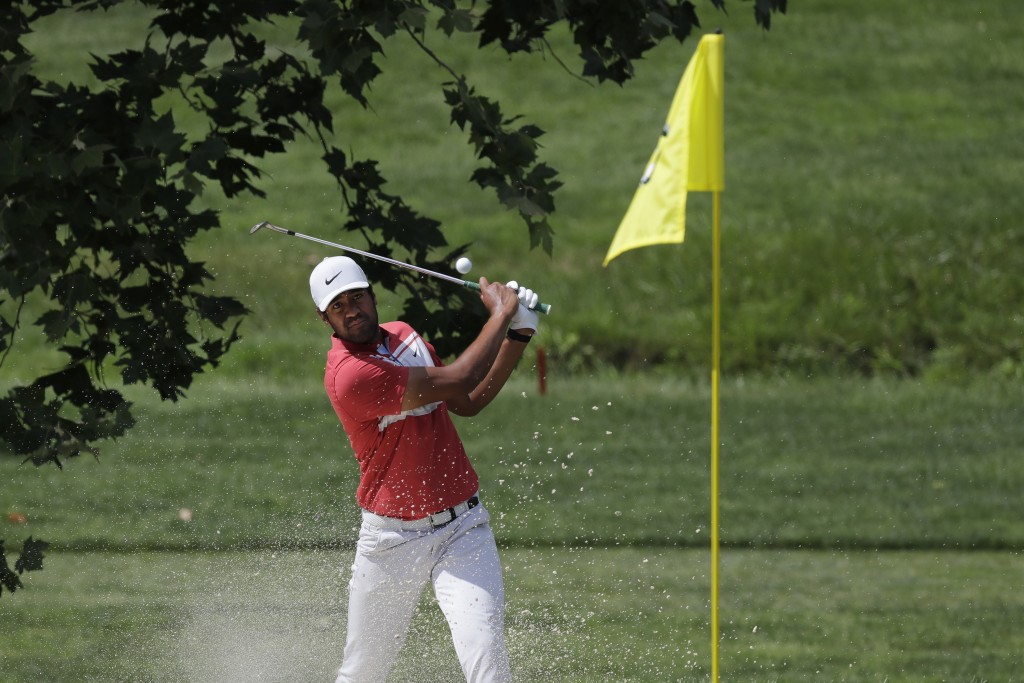 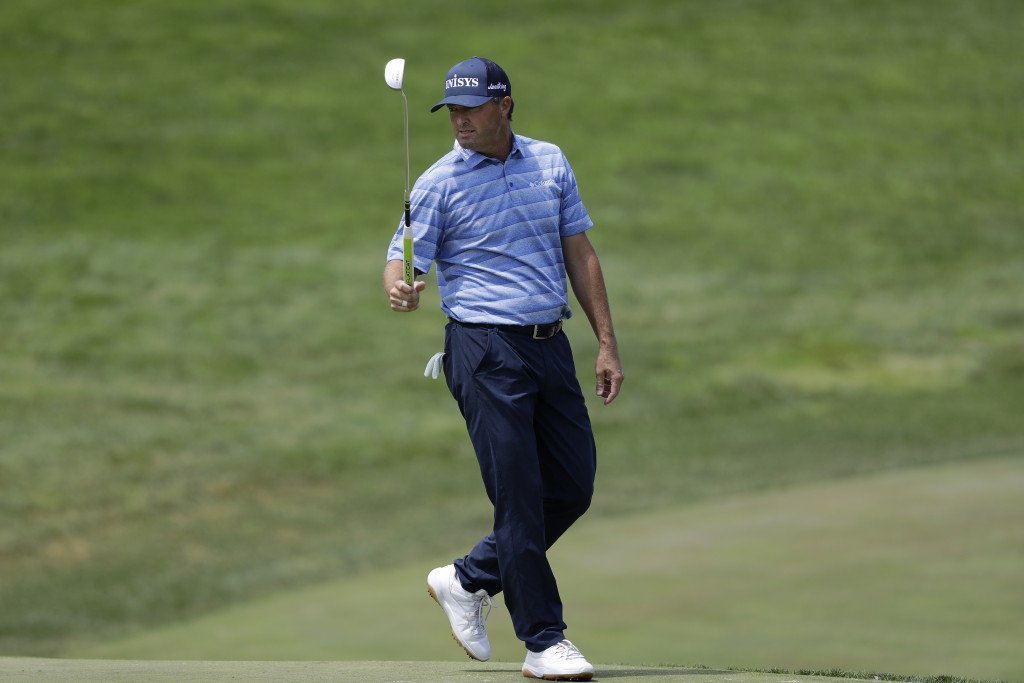 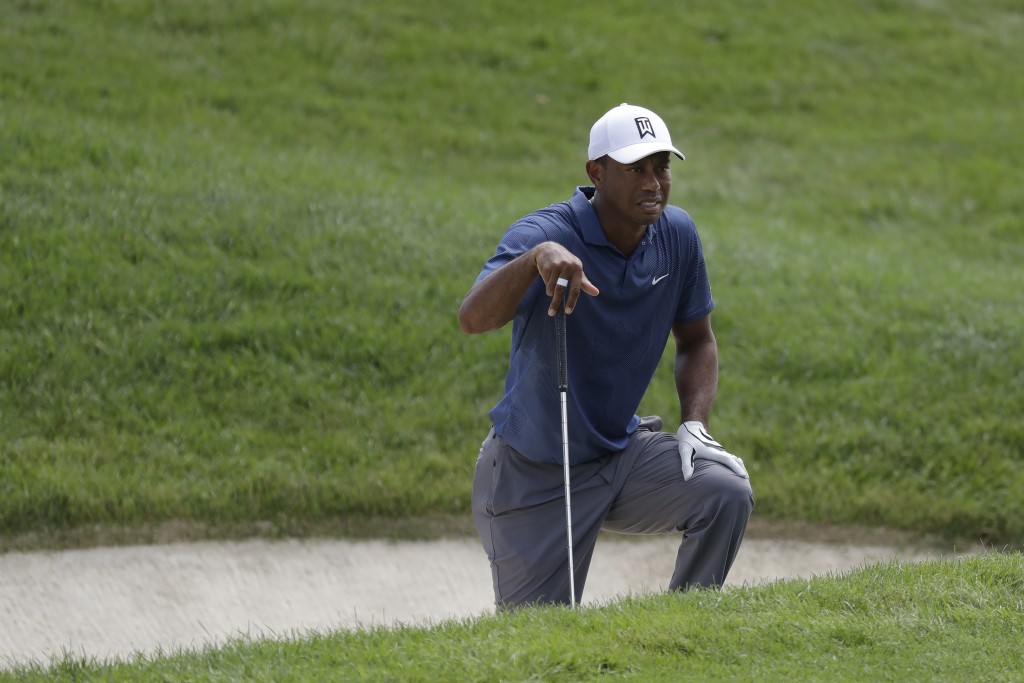 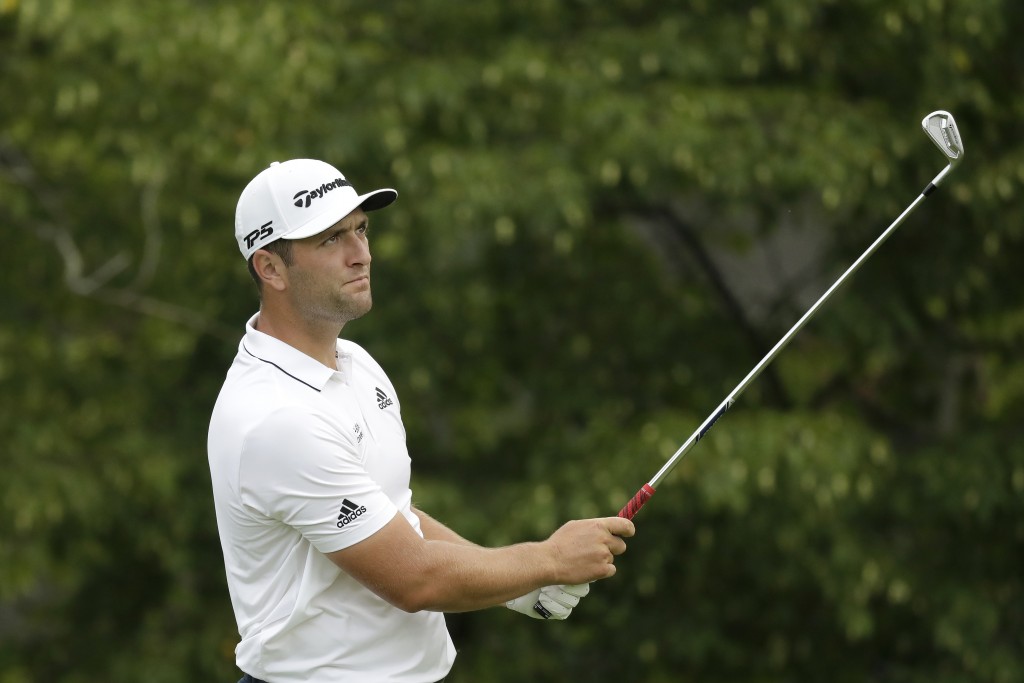 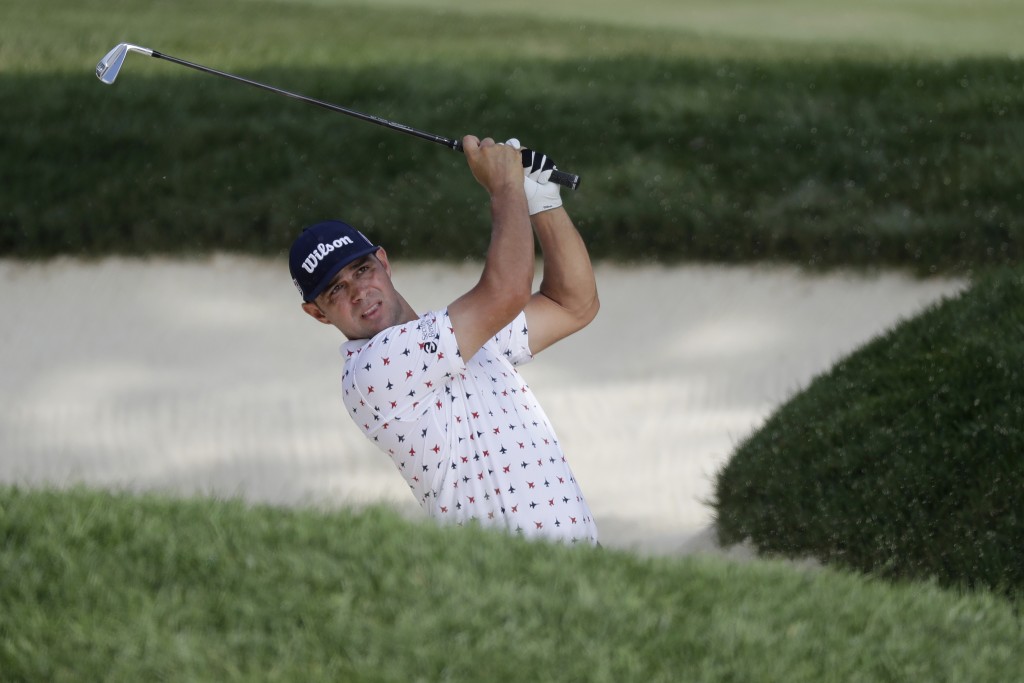 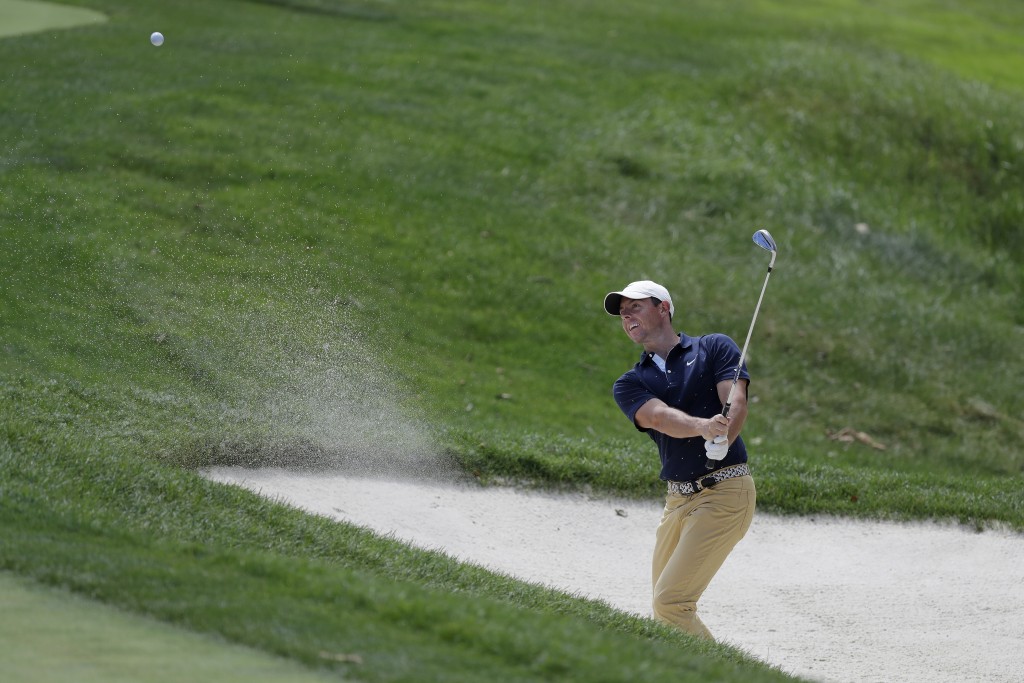 DUBLIN, Ohio (AP) — Tony Finau figured he was on the right track when he shot 59 at Victory Ranch last week in Utah.

That kind of score isn't happening at Muirfield Village, where the greens are getting faster by the hour. No matter. Finau took enough confidence from playing with his kids at home during a week off, and it translated into 14 birdies over two days and a share of the 36-hole lead at the Memorial.

Finau recovered from two bogeys three holes into his second round Friday by making birdie on the rest of his par 5s and finishing with a wedge to 2 feet for a 3-under 69.

That put him at 9-under 135 with Ryan Palmer (68), who had made only one bogey over two rounds. The way Muirfield Village is playing, both are impressive.

Among the early starters, they had a one-shot lead over Jon Rahm (67), who has another chance to reach No. 1 in the world this week for the first time in his career. U.S. Open champion Gary Woodland had a 70 and was two behind.

For Tiger Woods, it was a matter of hoping he gets two more rounds. Woods said his back felt stiff while warming up, and missing a pair of 3-footers didn't make him feel any better. He managed two birdies and a 7-foot par save on his final three holes for a 76 that forced him to wait until the afternoon to see if he would make the cut.

Woods, a five-time winner at Muirfield Village, has never missed the cut in 17 previous times at the Memorial.

“Not very good,” Woods said. “I three-putted two holes early, and whatever kind of momentum I was going to create, I stifled that early and fought it the rest of the day.”

Finau elected to stay home last week instead of playing Muirfield Village twice in a row. He won't compare Victory Ranch with Muirfield Village, though it inspired him. At one point, he was 14-under par through 16 holes until making a bogey on the 17th hole and settling for his second sub-60 round away from the PGA Tour.

“I don't know how many times I've been 14 under through 16 holes on a good golf course,” Finau said. “But it told me I was in good form and just told me how good I am at scoring. So I think I definitely carried some of that right into this week, and that confidence I think is pretty cool.”

The way Muirfield Village began to look Friday, the weekend at the Memorial will be more about hanging on than going low. The course is replacing all the greens after this week, so officials are letting them go. It doesn't matter if they're so fast the grass dies because they're being ripped up, anyway.

That began to show even on a calm, still morning.

Brooks Koepka appeared to hit a solid bunker shot from right of the 16th green until it rolled out a few feet past the hole, and then a few more feet until it was off the green and resting against the collar of rough. That wasn't his biggest problem. Koepka dumped a shot in the water on his final hole at No. 9 and made double bogey for a 75.

Rory McIlroy shot 72, which goes in the book as a round of even par. It was anything but that. He hit into the creek and muffed a chip for a double bogey on the par-5 11th. He smoked a fairway metal to 8 feet for eagle on the par-5 fifth. He hit wedge to 10 feet for a pair of birdies. He chunked a wedge into a bunker and made bogey.

“I don't know what it was,” he said. “It was a few birdies and an eagle thrown in there and a few mistakes. There's some good in there, some mediocre and there was some pretty poor shots. But I battled back well.”

Palmer played the Workday Charity Open last week at Muirfield Village and missed the cut. Instead of staying in Ohio, he went home to Texas to work with swing coach Randy Smith, and he found a fix to whatever was holding him back.

“One little, small flaw in my back swing,” Palmer said.

He also did some work on the greens with Steve Stricker, and Palmer feels good enough about his chances on the weekend.