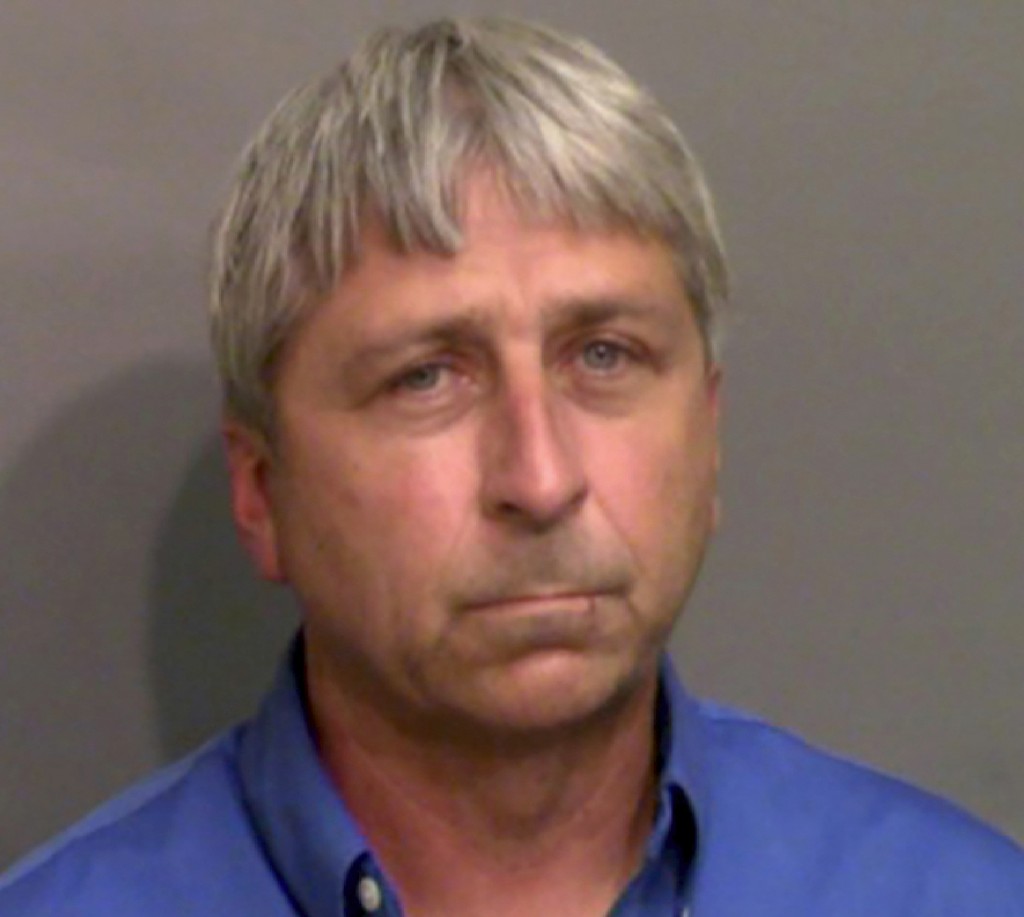 ATLANTA (AP) — One of the white men charged with murder in the slaying of Ahmaud Arbery while he was running in a neighborhood near Georgia's coast struck the Black man with his vehicle and had messages on his phone that were “replete" with racist remarks, a prosecutor said in court Friday.

Cobb County prosecutor Jesse Evans cited the evidence to urge a judge to deny bond to defendant William “Roddie” Bryan Jr. Evans also said Bryan and the two other defendants in the case communicated with each other after Arbery's death, appearing to be “circling the wagons,” and that Bryan was facing a separate state criminal investigation into possible sex crimes.

Judge Timothy Walmsley later denied bond for Bryan, citing the risk he may flee given the life sentence he faces if convicted in the Arbery case and the other investigation.

Bryan’s attorney, Kevin Gough, had argued that prosecutors had no case against Bryan and that he did not pose a flight risk or other danger.

A grand jury has indicted Bryan and two other white men, Greg McMichael and his son, Travis McMichael, on charges including malice and felony murder in Arbery’s Feb. 23 shooting death.

The McMichaels armed themselves and pursued the 25-year-old Black man while he was running in their neighborhood. Greg McMichael told police he suspected Arbery was a burglar and that Arbery attacked his son before being shot. Arbery’s family has said he was out for a jog.

Bryan lives in the same subdivision just outside the port city of Brunswick, and the video he took of the shooting from the cab of his vehicle helped stir a national outcry when it leaked online on May 5. The Georgia Bureau of Investigation soon took over the case from local police, and the arrests of the McMichaels followed on May 7.

Arbery’s death has often been invoked during protests against racial injustice that have broken out across the nation since George Floyd’s death under a white Minneapolis police officer’s knee.

Bryan and the McMichaels all pleaded not guilty to the charges at Friday's hearing, appearing by video from jail.

“Mr. Bryan is the only eyewitness in this case other than the McMichaels,” Gough said. “He is in fact the state’s star witness. If he had not made the video in this case, there would be no case.”

Gough rejected the idea that his client was part of a lynch mob or posse as a “false narrative.” He also raised concerns that his client could contract COVID-19 while awaiting trial in jail.

Arbery’s mother, Wanda Cooper-Jones, urged Walmsley to deny Bryan bond, saying he denied her son the chance to go home on the day he was shot.

Bryan said he saw the McMichaels driving by and joined the chase, Georgia Bureau of Investigation agent Richard Dial testified at a probable cause hearing.

Bryan was arrested on May 22, and an arrest warrant said he tried “to confine and detain” Arbery without legal authority by “utilizing his vehicle on multiple occasions” before Arbery was shot.

Bryan told investigators that Travis McMichael cursed and said a racist slur as he stood over Arbery, moments after he fatally shot him, Dial testified.