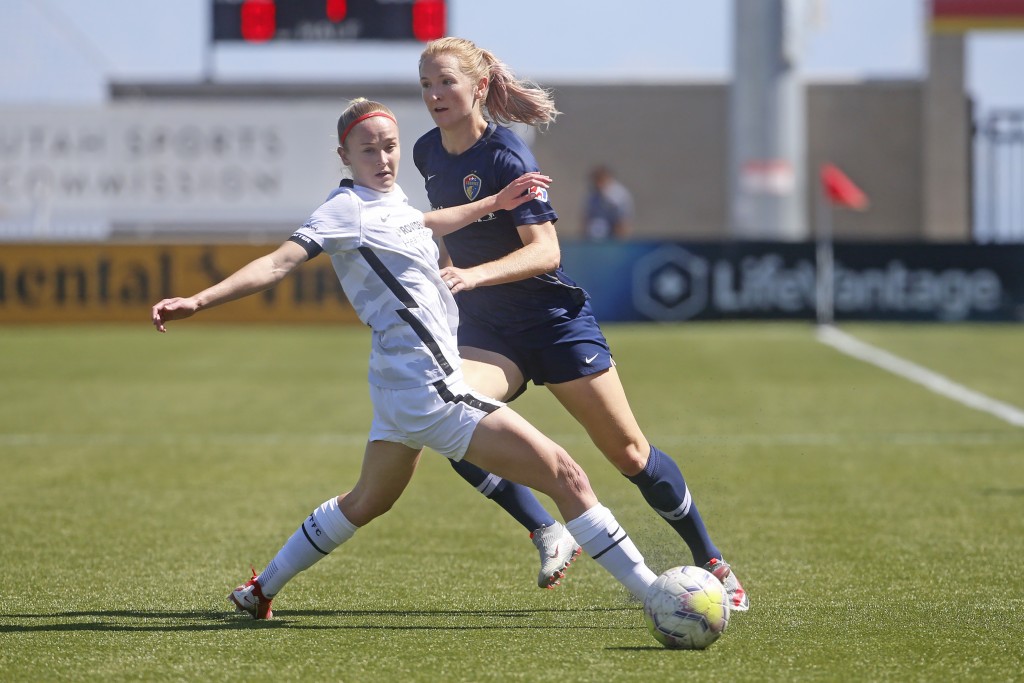 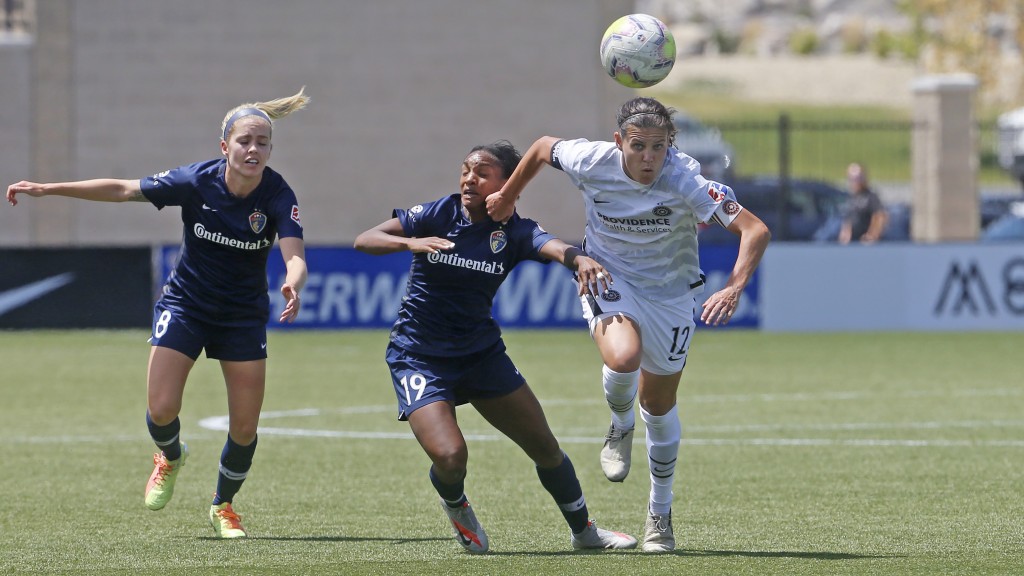 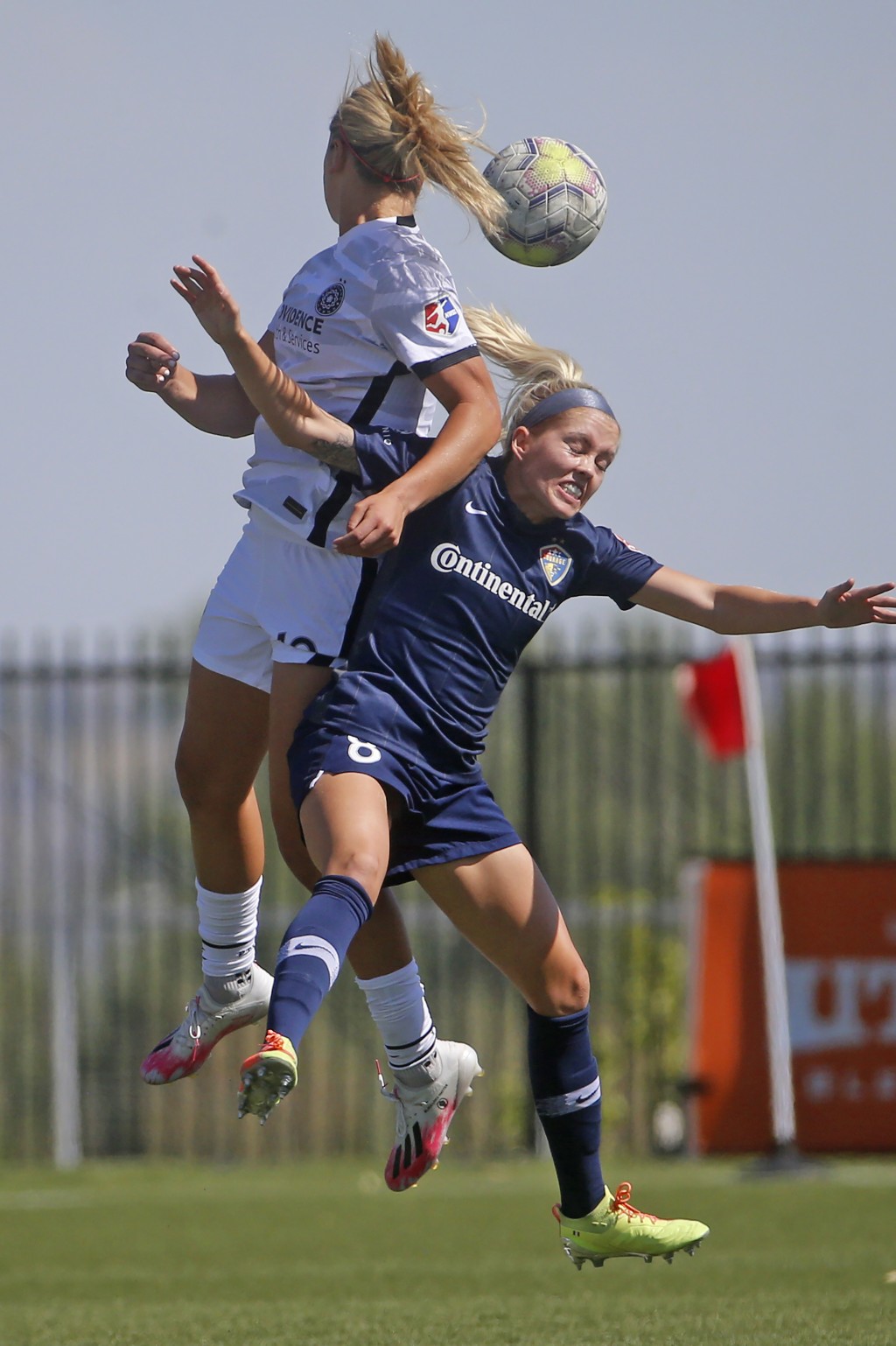 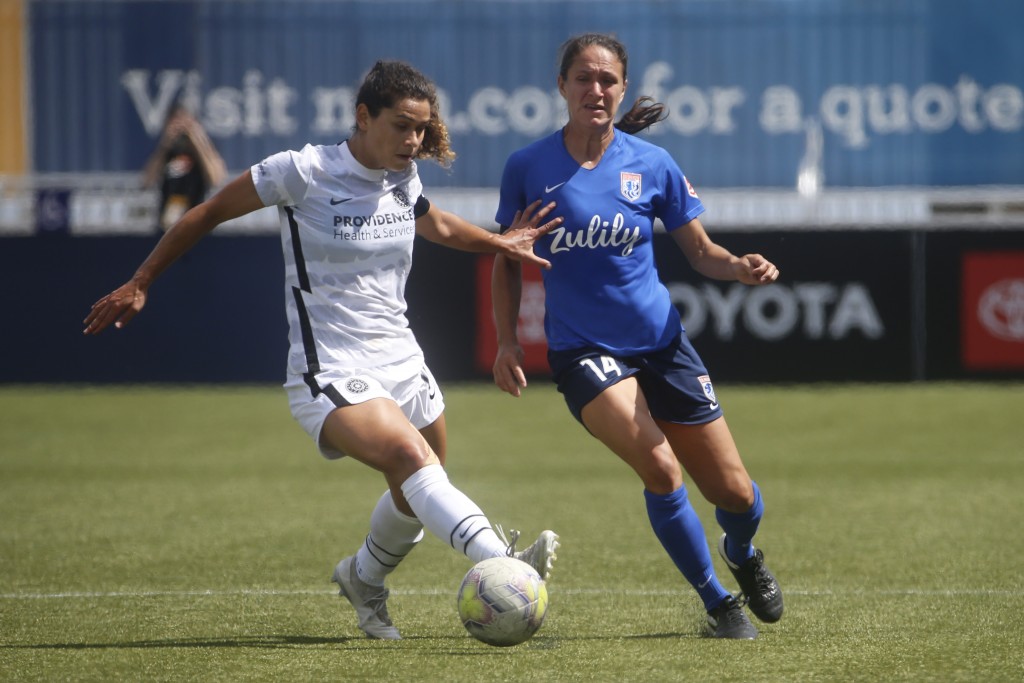 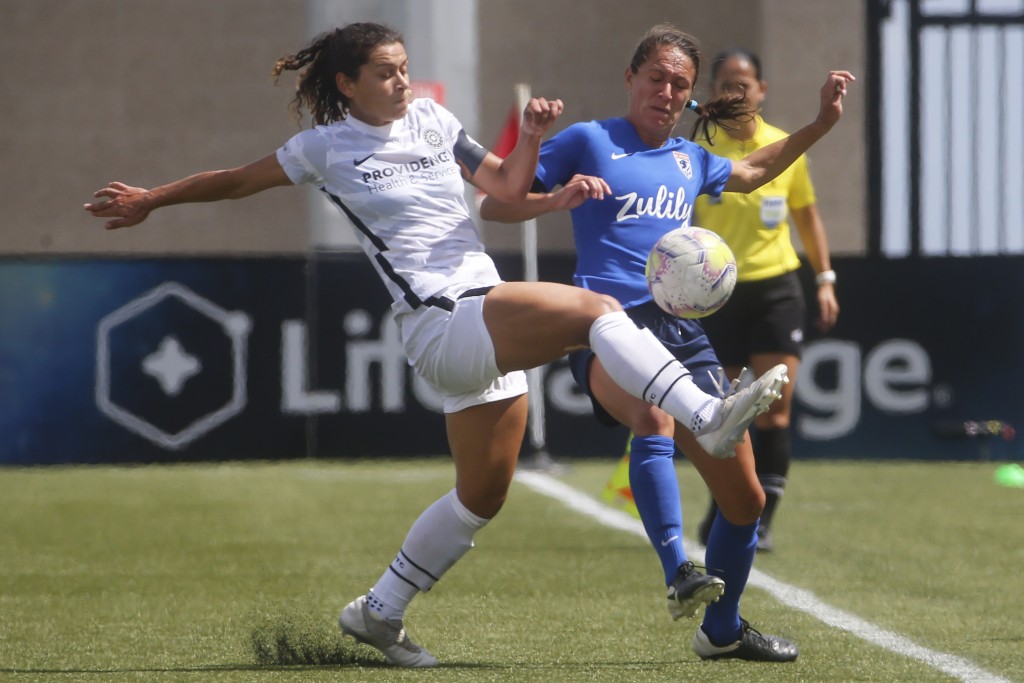 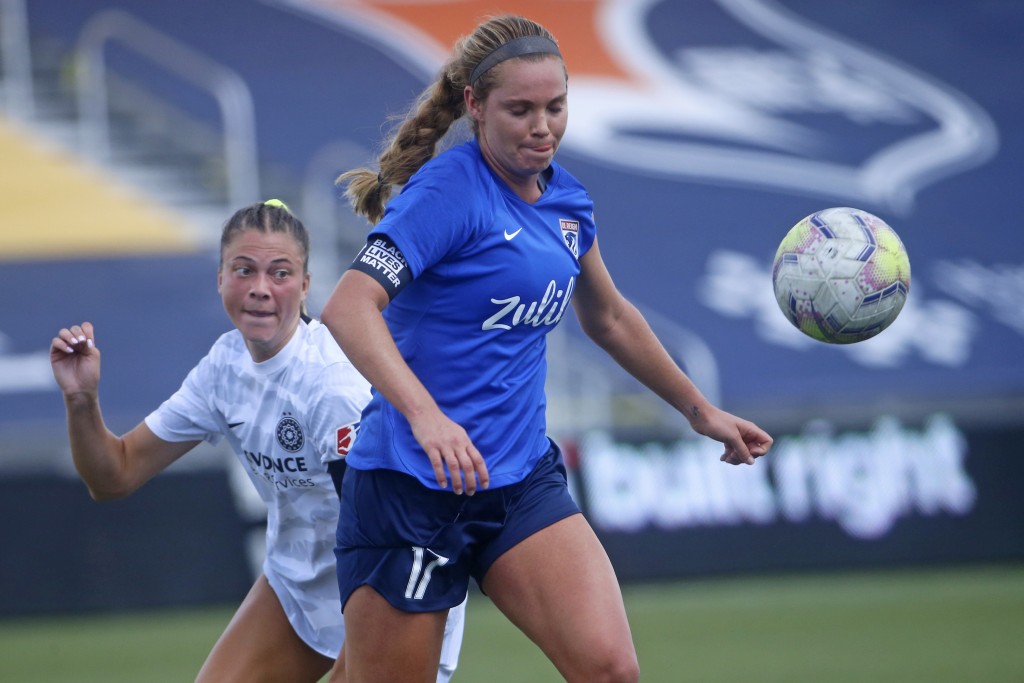 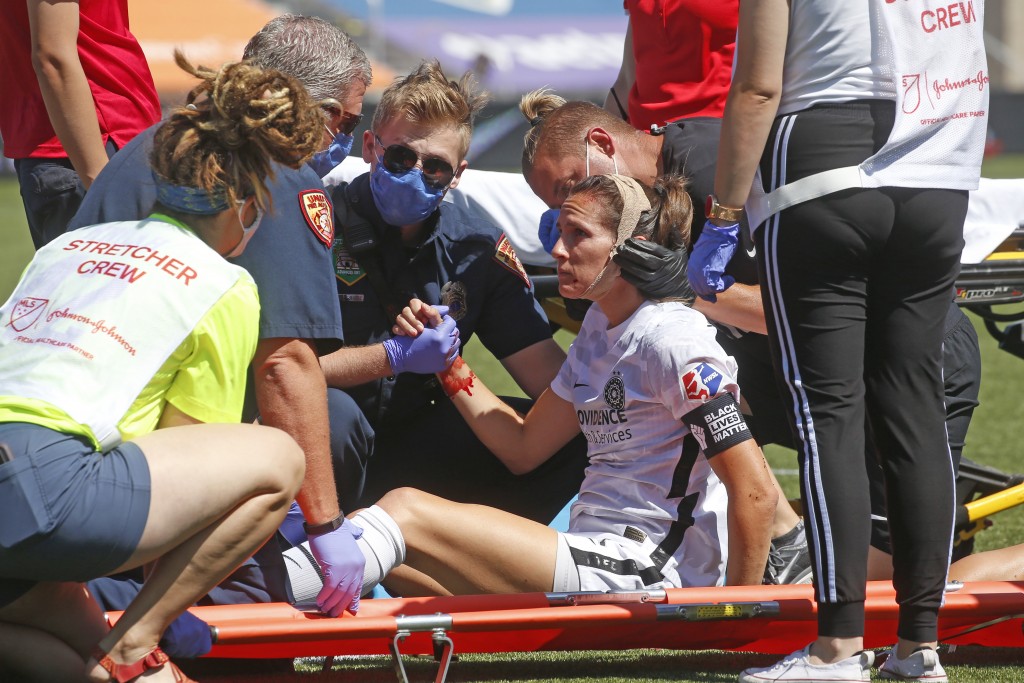 HERRIMAN, Utah (AP) — Rookie Morgan Weaver scored in the 68th minute to send the Portland Thorns into the semifinals of the National Women's Soccer League's Challenge Cup with a surprising 1-0 upset victory over the two-time defending league champion North Carolina Courage on Friday.

The win was eighth-seeded Portland's first victory at the tournament, and it came with the team's third-string goalkeeper Britt Eckerstrom in goal. The top-seeded Courage had won all four of their Challenge Cup games going into the match.

Eckerstrom had a stunning game, finishing with eight saves.

Weaver took a cross from Raquel Rodriguez and beat Courage goalkeeper Katelyn Rowland, putting North Carolina behind for the first time in the tournament, and the Thorns held on the rest of the way.

It was the first professional goal for Weaver, who was the No. 2 pick in this year's NWSL draft out of Washington State.

Portland's backup for the game was goalkeeper coach Nadine Angerer, the former German national team standout who was the 2014 FIFA World Player of the Year.

Eckerstrom turned away Debinha's bending shot from distance in the 30th minute, making four saves in the first half alone. She stopped a dangerous header from Jessica McDonald in the 71st minute.

But her big moment came when she denied Debinha on a curling free kick in the 79th minute.

Portland's Lindsey Horan started although she was questionable going into the game with a hip injury. She left the game at the start of the second half after a hard fall.

There was a scary collision between North Carolina's Lynn Williams and Portland's Katherine Reynolds late in the first half. Reynolds had to be helped off the field and Williams had a bloody gash on her forehead that had to be bandaged.