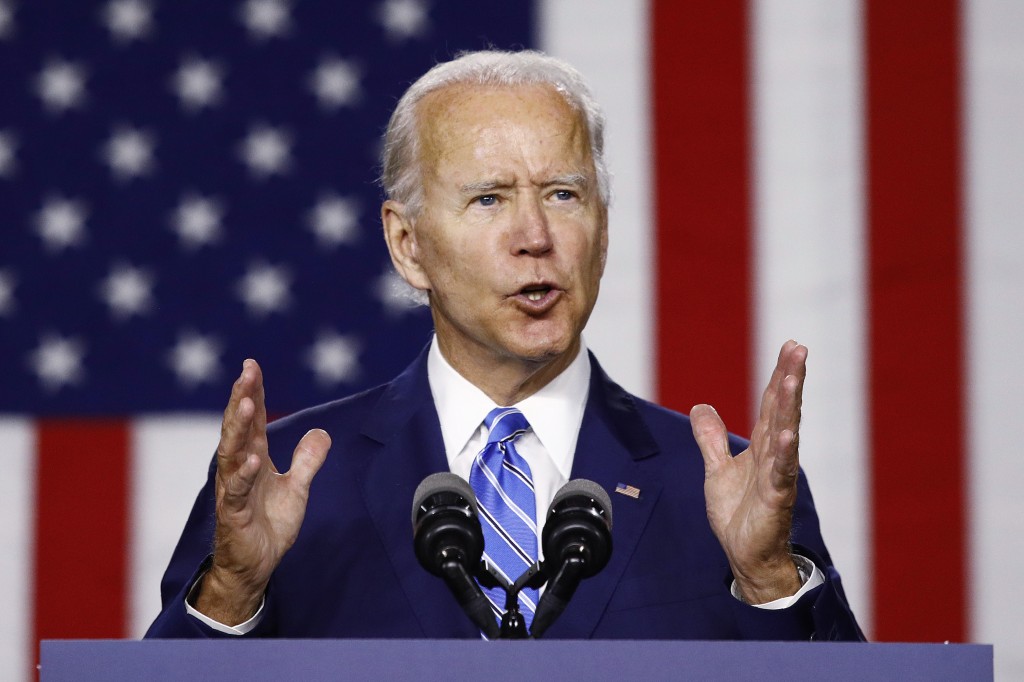 WASHINGTON (AP) — Joe Biden on Friday unveiled a plan to reopen schools in the era of coronavirus, seeking to establish federal safety guidelines that he says will be based on science and not on political pressure for the country to arbitrarily put the pandemic behind it.

The presumptive Democratic presidential nominee's proposal ultimately leaves final decisions up to state and local officials. The plan to resume classes comes as the White House argues that most parents are anxious to see schools resume in-person classes in the fall. President Donald Trump says the decision to possibly avoid doing so in some areas is more motivated by politics than by legitimate fears about the pandemic.

“They think it’s going to be good for them politically, so they keep the schools closed,” Trump said at a White House discussion on school plans last week. “No way. We’re very much going to put pressure on governors and everybody else to open the schools.”

Trump has also threatened to hold back federal funding if schools don't bring their students back in the fall, while also instructing the Centers for Disease Control and Prevention to begin working on new guidance for how to do so.

White House press secretary Kayleigh McEnany said Thursday that when the president "says open, he means open in full, kids being able to attend each and every day in their school. The science should not stand in the way of this.”

Biden countered that any plans for the new school year have to start by reducing the number of coronavirus cases in communities around the country: “That's step one.”

“Everyone wants our schools to reopen. The question is how to make it safe, how to make it stick,” Biden said in a video he recorded with his wife, Jill, a former teacher. “Forcing educators and students back into a classroom in areas where the infection rate is going up or remaining very high is just plain dangerous.”

Although state and local officials would have the final say, Biden plans to enlist federal agencies including the CDC to establish “basic, objective criteria” for reopening schools. Those include districts securing necessary funding to reconfigure classrooms to better allow for social distancing, reducing class sizes, procuring protective equipment and devising plans to accommodate at-risk teachers and students.

Biden promised, if elected, to send to Congress an emergency funding package to help schools prepare for reopening, which could cost as much as $30 billion.

The former vice president also suggested schools shouldn’t be forced to reopen until the creation of federal guidelines “free from political influence.” He said they should detail how low a community’s infection rate needs to be before resuming in-person instruction, when schools might close again if virus infection cases rise, what safe maximum class sizes are and who should return to the classroom first if not everyone can be accommodated.

The Trump administration’s "chaotic and politicized response has left school districts to improvise a thousand hard decisions on their own," Biden's campaign wrote in its five-page “roadmap” to reopening. “Schools need clear, consistent, effective national guidelines, not mixed messages and political ultimatums."