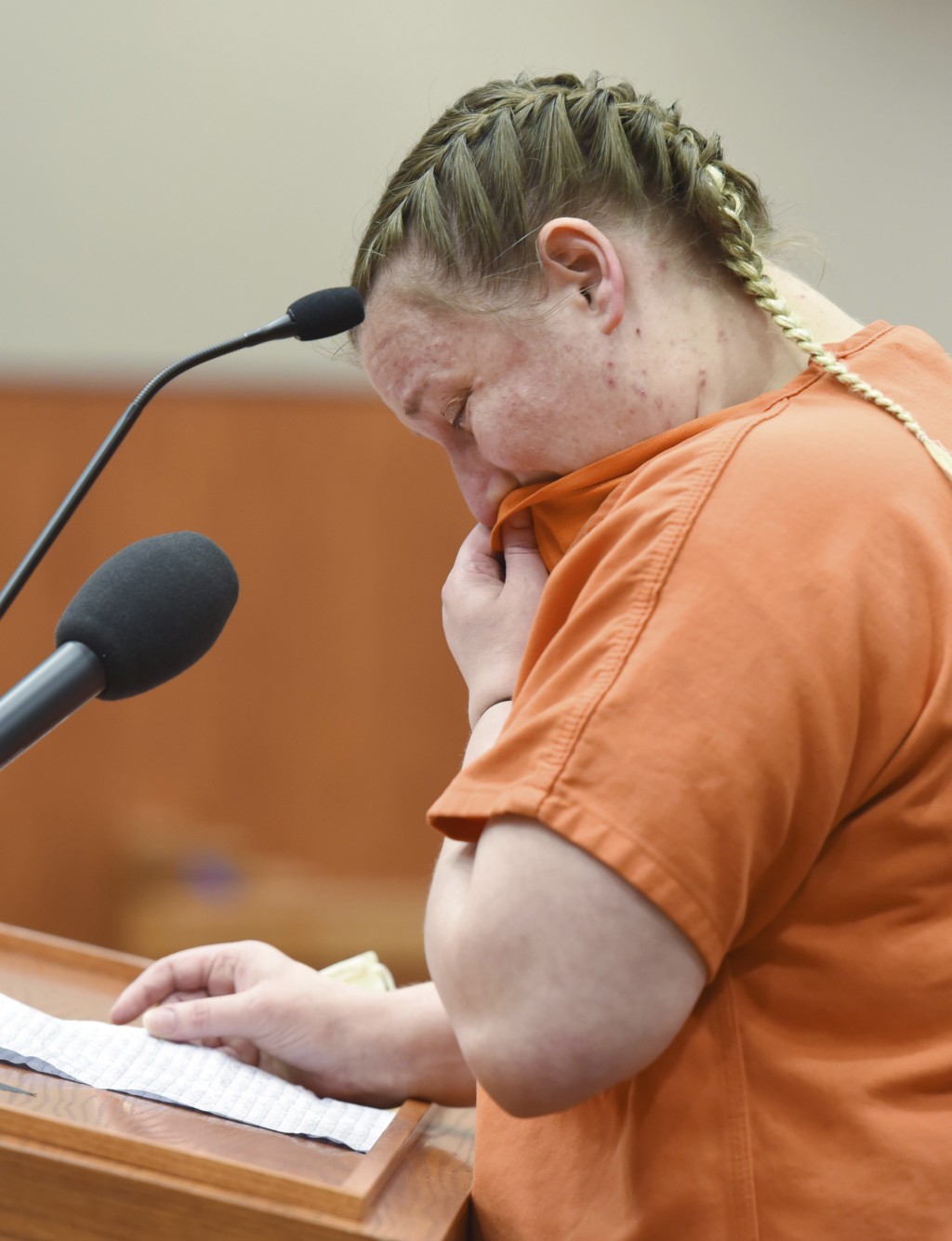 WOODSTOCK, Ill. (AP) — A northern Illinois woman who subjected her young son to years of physical and emotional abuse culminating in his beating death last year was on Friday sentenced to 35 years in prison.

Cunningham faced between 20 to 60 years in prison. She pleaded for mercy from the judge on Thursday, portraying herself as a loving mother who misses her son. Prosecutors had asked the judge to impose the maximum 60-year sentence so the 37-year-old mother would die in state prison.

Prosecutors, though, presented evidence that Cunningham physically and emotionally abused AJ for years before the beating that killed him. A police officer who went to the family's home after AJ was reported missing described the stench of the garbage-strewn house, where state child welfare officers had been frequent visitors.

McHenry County State’s Attorney Patrick Kenneally said AJ died alone, padlocked inside his bedroom as his brain swelled and his own blood choked him.

AJ’s father, 61-year-old Andrew Freund Sr., has been charged with first-degree murder. He pleaded not guilty and is awaiting trial.