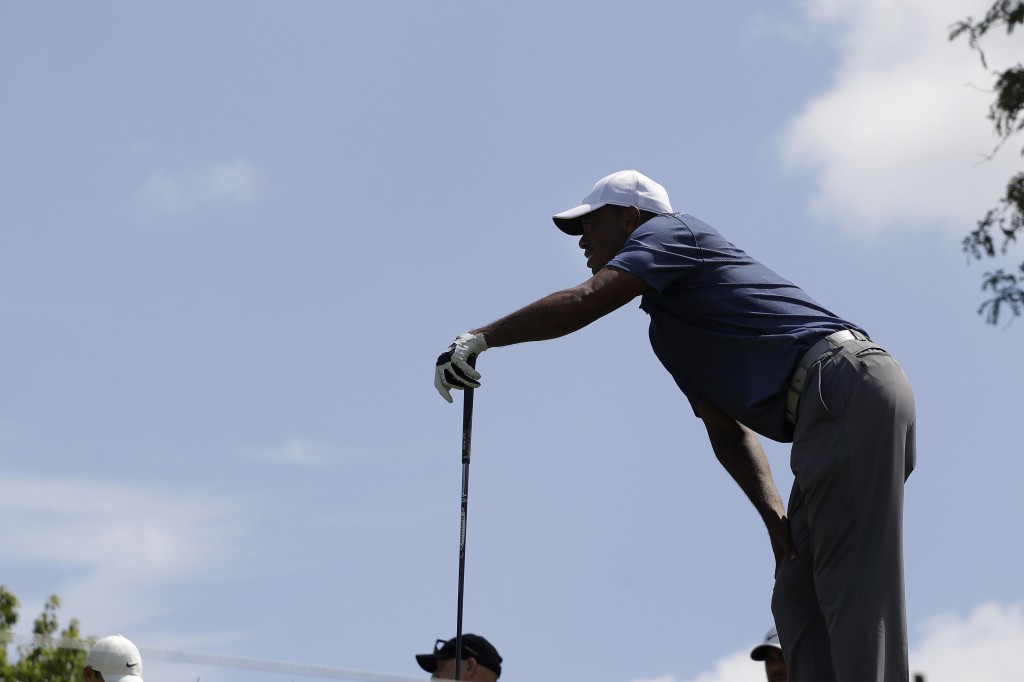 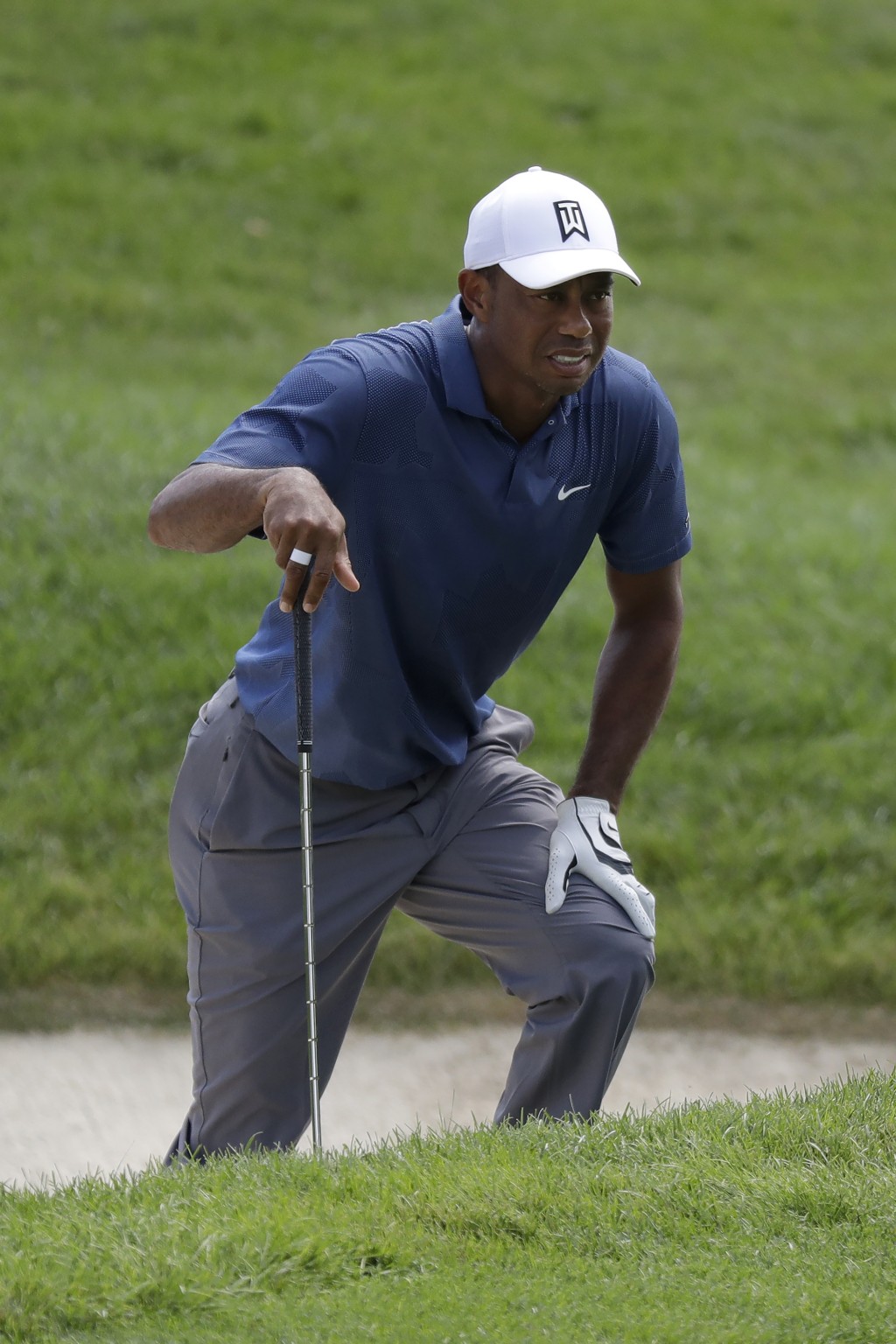 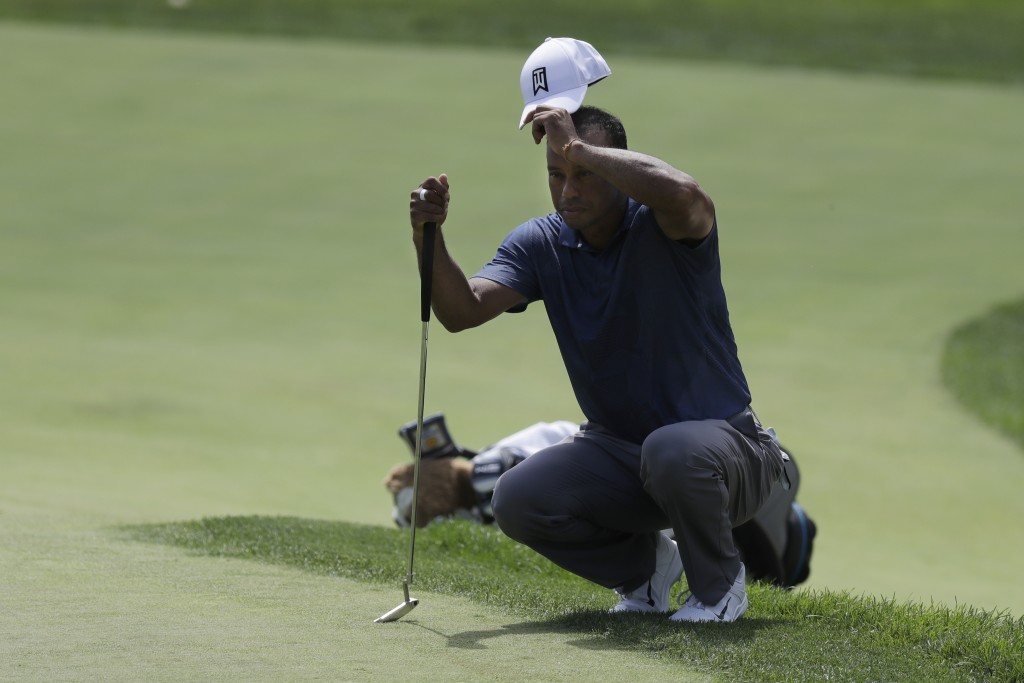 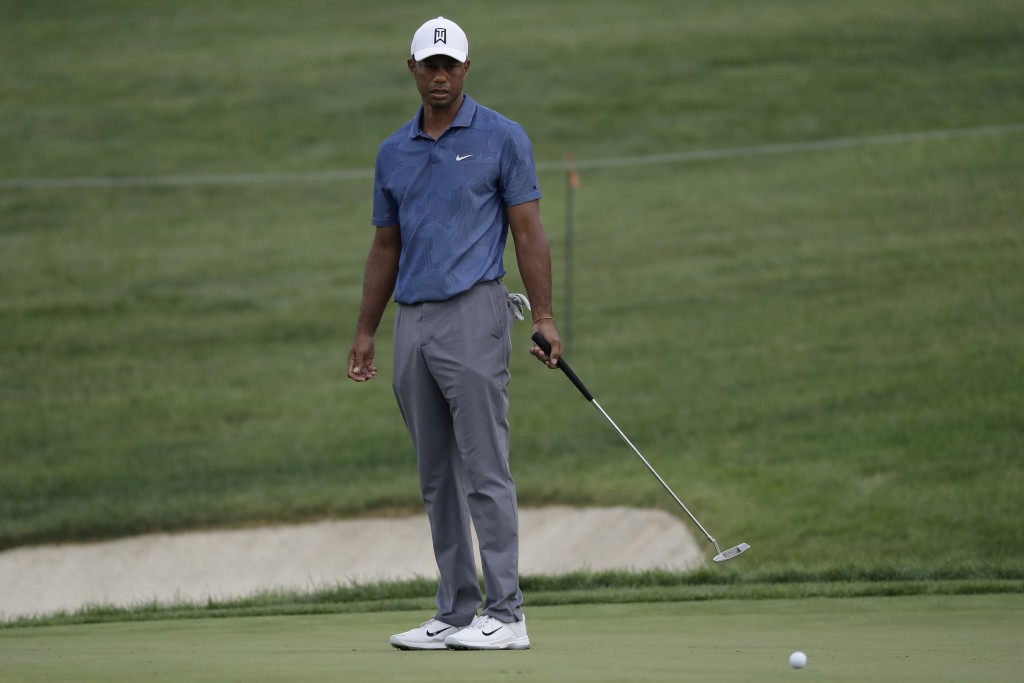 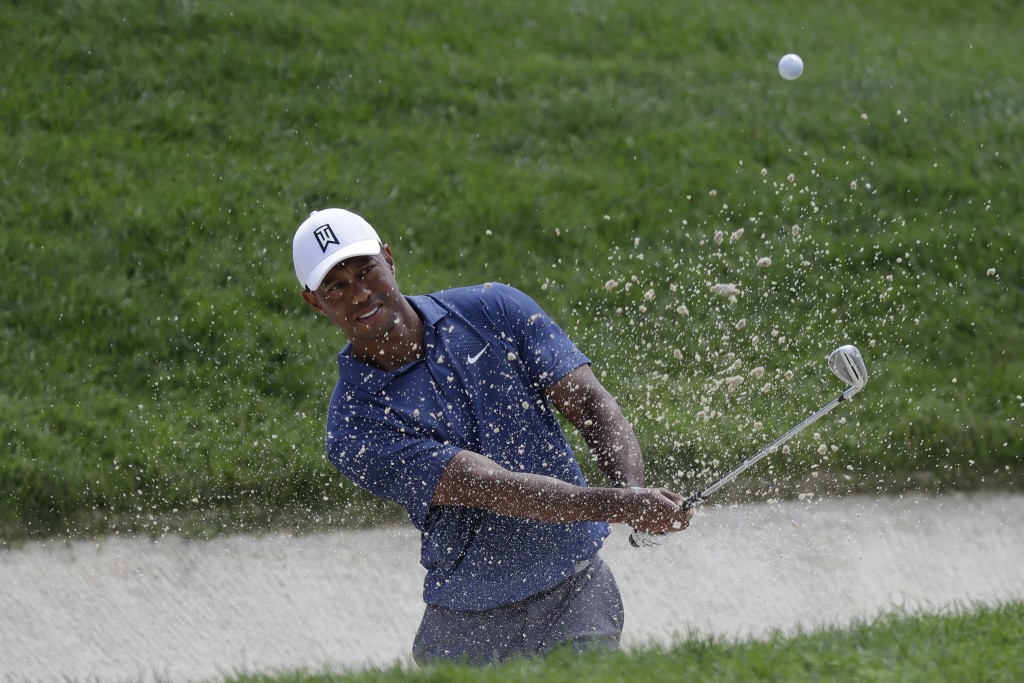 DUBLIN, Ohio (AP) — Five months without competition, Tiger Woods was grinding over key shots and big putts Friday at the Memorial, and the 7-foot par putt on his final hole at the Memorial might have been just enough.

The goal on this day was simply to avoid going home.

Woods missed a pair of 3-foot putts early that shut down any momentum, twice missed the green with awkward chip shots in deep rough and had to finish birdie-birdie-par for a 4-over 76.

It appeared to be just enough to make the cut..

Woods said his back felt a little stiff while warming up and he couldn't move through his swing like he would have liked. He said it was a struggle on a warm, calm morning at Muirfield Village.

But when asked if it was enough to keep him from playing the rest of the week, Woods replied, “I would like to have the opportunity to play tomorrow.”

He was at 3-over 147, his highest 36-hole score at the Memorial since his first time playing it 23 years ago. He was outside the cut when he finished, though it was likely to fall to 3 over or more because of the conditions. Even in still conditions, the greens are increasing firm and fast, making it difficult to get shots close.

Ryan Palmer (68) and Tony Finau (69) managed just fine and set the early target Friday at 9-under 135, leaving Woods at least 12 shots behind if he does make it to the weekend.

The finish at least gave him a chance.

Woods had to lay up from deep rough short of the water on the sixth hole — he started on the back nine — and missed a par putt just outside 5 feet to fall to 6 over for his round. He looked to be done. He wasn't moving well, the look of someone who would be heading home shortly.

But he found the fairway on the par-5 seventh and made birdie from a greenside bunker. Then, he rolled in 20-foot putt for birdie on the par-3 eighth. He found more trouble on the ninth, sending his tee shot to the right, in rough and blocked by trees, leaving his only option to chip out to the fairway.

From there, his wedge spun back to 7 feet below the hole and he made that par for to have hope.

“I finished birdie-birdie-par,” he said. “That's about the only positive to it today.”

He wasn't sure what to make about his back, which has undergone four surgeries, the last one to fuse his lower spine. He has recovered well enough to win three more times, including the Masters last year for his 15th major.

Woods last played Feb. 16 in the cold at Riviera, where he finished last in the Genesis Invitational with a 76-77 weekend. He attributed stiffness that week to the cold. As for Ohio in July?

Woods said he felt fine when he woke up, not so much while going through his practice sessions.

“It wasn't quite as good as I'd like, and it it what it is,” he said, adding later, “It's going to happen more times than not.”

What really irritated him was his putting. He three-putted from about 35 feet on the par-5 11th, missing a 3-footer for birdie. Two holes later, after a superb play from the rough to right side of the green, he rolled a fast putt to 3 feet and missed that par putt. And then when he chopped up the par-5 15th for bogey, the rest of the day became a battle.

From a fairway bunker right of the 17th fairway, he sent his shot high on the hill into rough so deep it took him a few minutes to find it. With the greens so brittle, he hit that through the putting surface into more rough, and he had to make an 8-foot putt to escape with bogey.

Making the turn, Woods had an awkward lie with his ball in the collar of a bunker. He caught all ball and sent that long, through the green and into a bunker, failed to get up-and-down and took double bogey.

His next shot sailed to the right toward a hazard, and Woods simply hung his head. He still managed to have enough left at the end to give him a chance.

Woods is a five-time winner of the Memorial, and his next victory would set the PGA Tour career record of 83. Also looming is the first major of the year at the PGA Championship in three weeks.