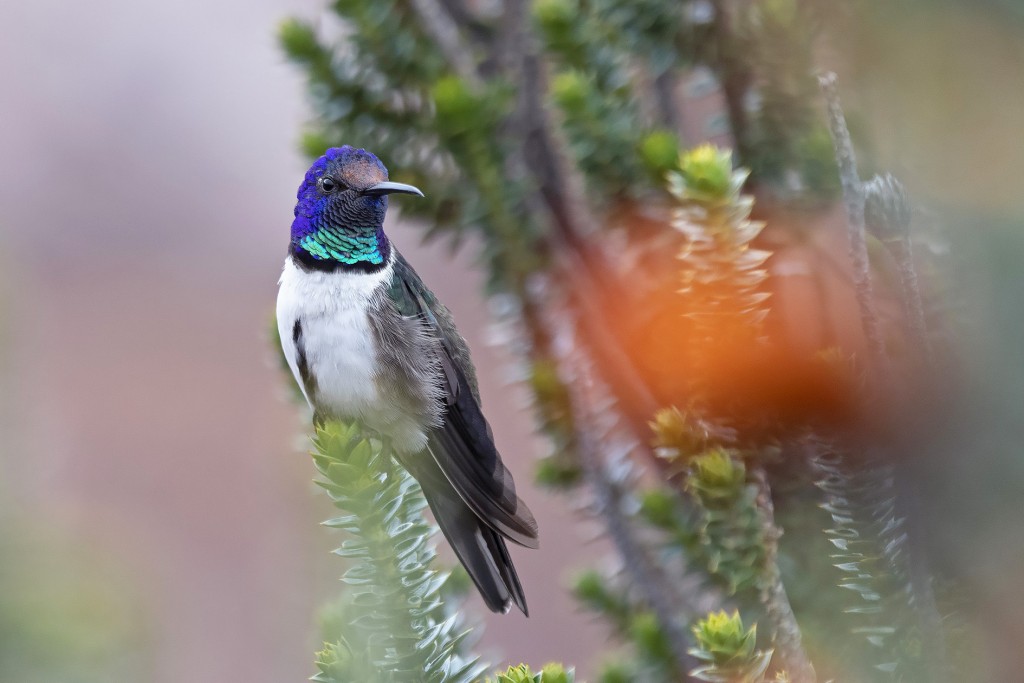 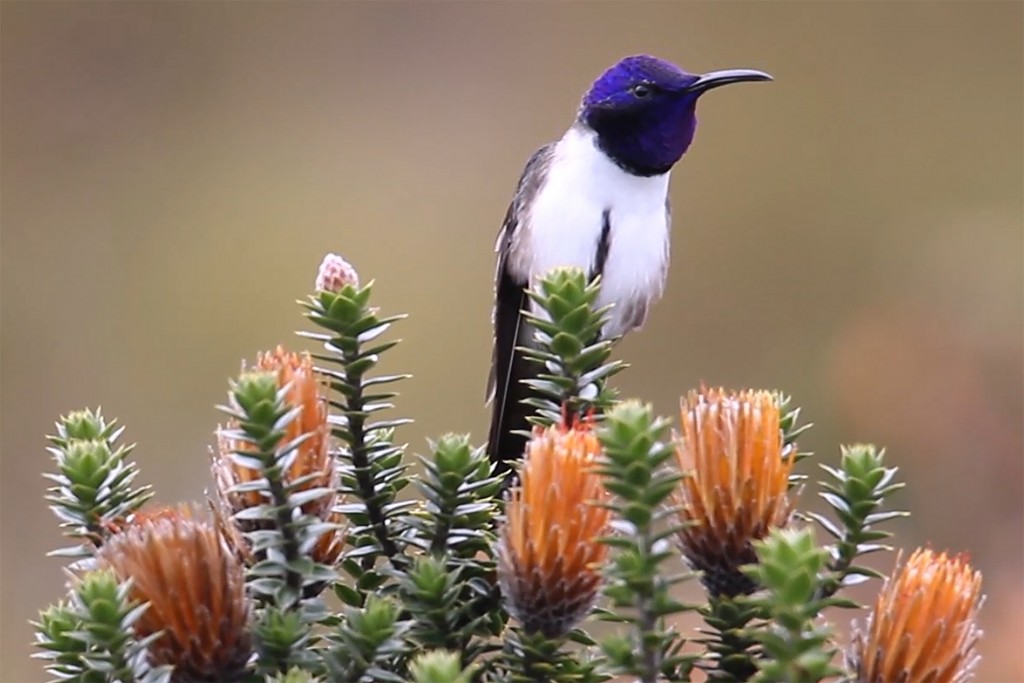 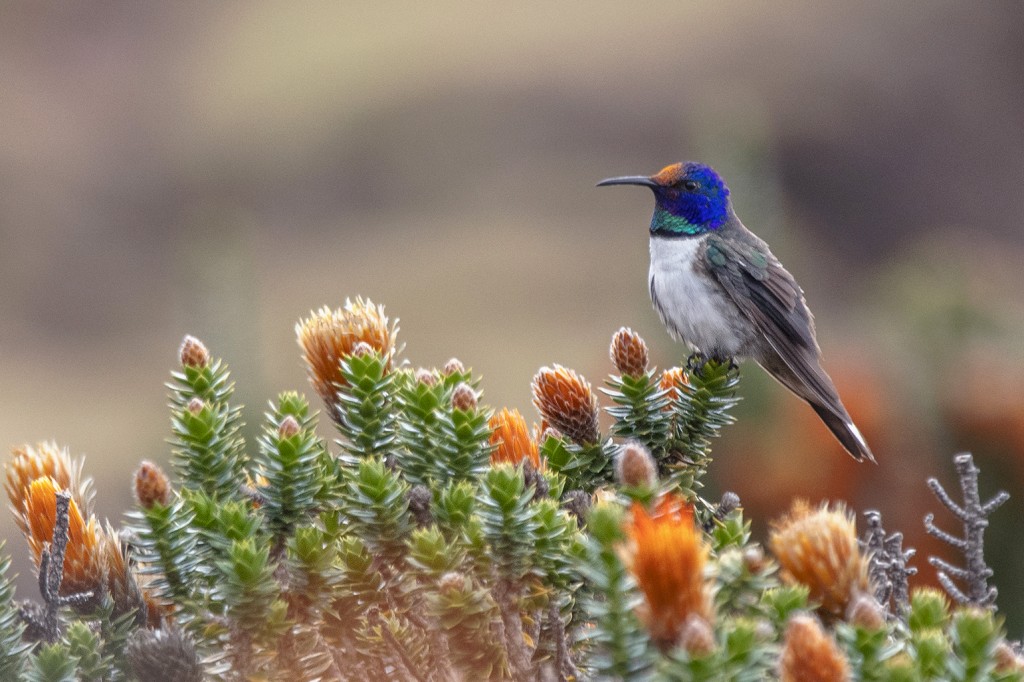 WASHINGTON (AP) — Perched on a flowering shrub on a windy Andean mountainside, the tiny Ecuadorian Hillstar hummingbird chirps songs of seduction that only another bird of its kind can hear.

As the male sings, he inflates his throat, causing iridescent throat feathers to glisten princely purple. The female may join in a courtship dance – or chase him off.

For the first time, scientists have shown that these hummingbirds can sing and hear in pitches beyond the known range of other birds, according to research published Friday in the journal Science Advances.

The male’s ballad is sung at around 13.4 kilohertz. That's considered “ultrasonic” for birds, which generally can’t hear above 9 or 10 kilohertz.

“Something very interesting is going on in the ears of these hummingbirds to allow them to hear such sounds," said Christopher Clark, a biologist at the University of California, Riverside, who was not involved in the study.

“That's just an incredibly high pitch for a bird.”

Among birds, only some owls have previously been shown to hear ultrasonic sounds — which they use to locate prey, but not to communicate. Biologists have studied other hummingbird species in South America that make high-pitched sounds, but it’s been difficult to confirm whether those birds also hear the sounds.

For the new study, scientists climbed into the Ecuadorian Andes to reach high grasslands called paramos and locate the Hillstars’ breeding grounds. There they recorded the males singing, then played back their romantic ballads to test the reactions of other birds.

Other Hillstars craned their necks and turned toward the speaker as it played the high-pitched chirps; one also flew over the speaker to inspect it. In the lab, the scientists verified that the part of the brain typically engaged in auditory communication had been activated.

“We confirmed that this song has a social function,” said Fernanda Duque, a study co-author at Georgia State University, where she researches hummingbird brains.

Mammals generally hear a wider range of pitches than birds. Humans can hear pitches up to about 20 kilohertz, but lose sensitivity to high-pitch sounds with age.

During fieldwork, the younger scientists could usually hear the Hillstar hummingbird songs, but the older participants couldn’t, Duque said.

The researchers believe the birds may have evolved to sing at high pitches so that their love songs wouldn’t compete with background noises in their environment, such as mountain winds, streams and the songs of other birds, said Marco Monteros, a study co-author and biologist at Universidad Técnica del Norte in Ibarra, Ecuador.

“For some hummingbirds, it’s like a private channel of communication — other bird species don’t use these high-frequency sounds,” said Timothy Wright, a behavioral ecologist at New Mexico State University, who was not involved in the study.