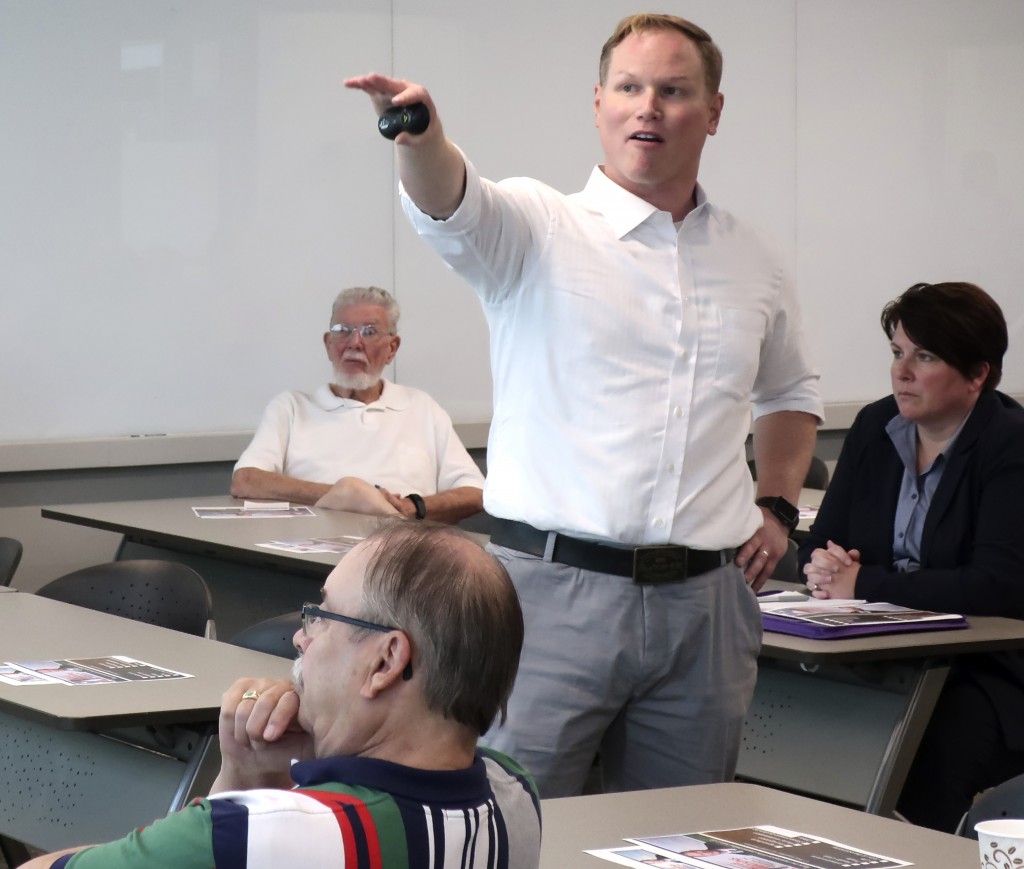 TOPEKA, Kan. (AP) — A freshman Kansas congressman facing felony criminal charges over previously listing a UPS Inc. postal box as his residence on a state voter registration form has been forced to temporarily give up his House committee assignments.

Republican Rep. Steve Watkins said Friday that he is “temporarily and voluntarily” leaving the three committees on which he serves. But the House Republican conference's rules require members facing a potential felony conviction to leave their committee posts.

Watkins stepped aside from his committees two days after three felony charges and one misdemeanor charges against him were filed by the local district attorney in state district court in Shawnee County, which includes his hometown, the state capital of Topeka. He is accused of voting illegally in a Topeka City Council race in November 2019 and providing false information to a sheriff's deputy who was investigating whether he broke state election laws.

Some Republicans already were trying to oust Watkins from the eastern Kansas seat he barely won in 2018, fearing that the ex-Army officer and military contractor's problems could put the seat in play for Democrats even though President Donald Trump carried it easily in 2016. One of his rivals, State Treasurer Jake LaTurner, picked up the endorsement of Wichita-area Rep. Ron Estes on Thursday, with Estes citing the criminal charges as one reason.

Watkins described the charges Friday as “bogus.” A hearing in the case is scheduled for Dec. 3, a month after the November general election.

He had been serving on the House education, foreign affairs and veterans' affairs committees.

The congressman and his staff have said he inadvertently listed his mailing address instead of his residential address by mistake. He later corrected his address to an apartment, but it is not the same City Council district as the UPS store.